On tech blogs, I've seen a fair bit of excitement about these firefighting drones being pioneered in China:

Now let's think about this for a second. The test shown above is of the drones extinguishing flammable material suspended outside of the building on a scaffold. 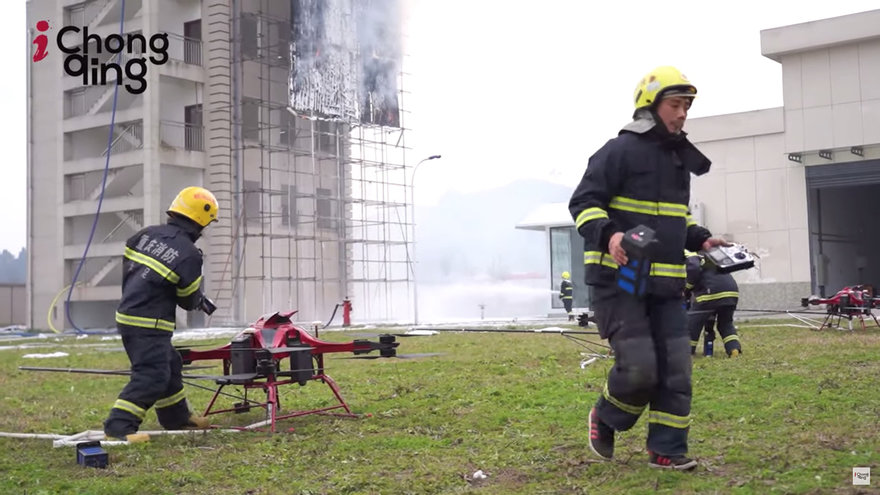 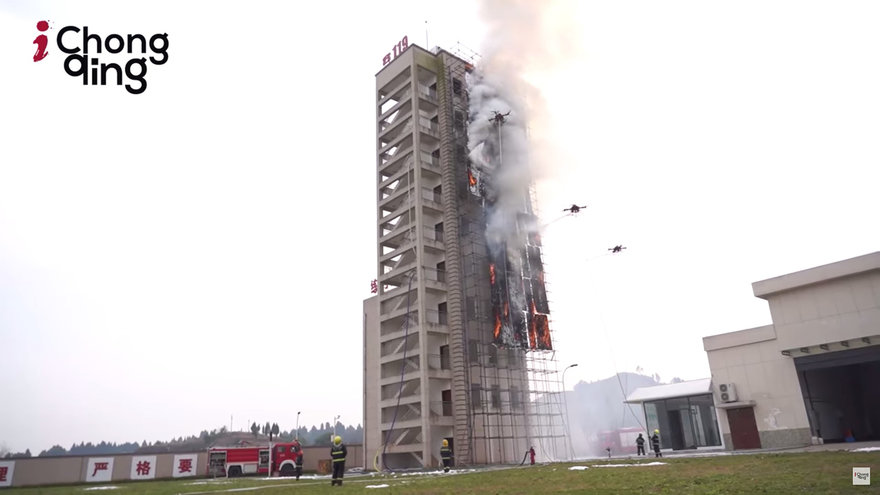 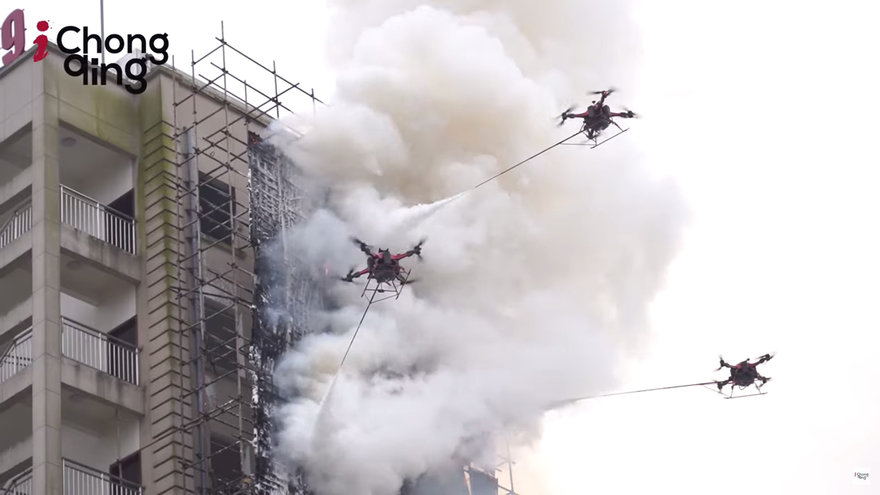 But think of how a real fire in an apartment building starts: An overloaded power strip or faulty appliance sparks, spreading to the carpet, the furniture, the drapes. We now have enough plastic and foam-containing furniture in our homes that fires burn super-hot, super-fast.

Fires like these have to be fought from the inside, which is why tall buildings have hose hookups inside of them. It also takes men and women inside the building to go from door to door, occasionally breaking them down, to rescue residents. And it takes firefighters atop the building to judiciously smash vent holes into the roof in an effort to control the fire.

Drones can't do any of those things. They could, however, be of great assistance in correcting what can only be called a major (and sadly common) architectural flaw: Flammable cladding.

With low-rise brick and stone buildings, fire does not spread on the outside, as those materials don't burn. Fire spreads from within the building, going from apartment to apartment, consuming our wooden door frames and plastic-filled furniture. But steel high-rise buildings are a different story. These structures have to be clad, ideally using the fire-resistant zinc cladding on the market.

But tall buildings have a lot of surface area, and cladding costs add up. So some architects, construction firms or building owners sign off on aluminum cladding panels, which cost much less. These aluminum panels contain polyethylene insulation. In a fire, the aluminum can melt, and once the fire hits that polyethylene, it's game over for the panel. And the fire can now spread from panel to panel, outside of the building. 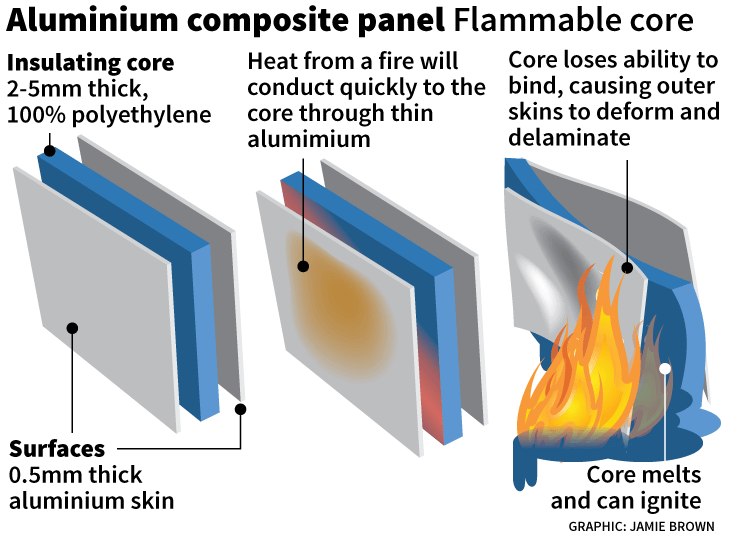 This has been demonstrated to produce disastrous results. As The Guardian reported in 2017, residents of London's ill-fated Grenfell Tower had approved fire-resistant zinc cladding, which the architect had specified. However, to cut costs, what was specified instead in the refurbishment contract was "cheaper aluminium cladding with a polyethylene core" in order "to save £293,368 (about USD $378,000 at 2017 exchange rates)." 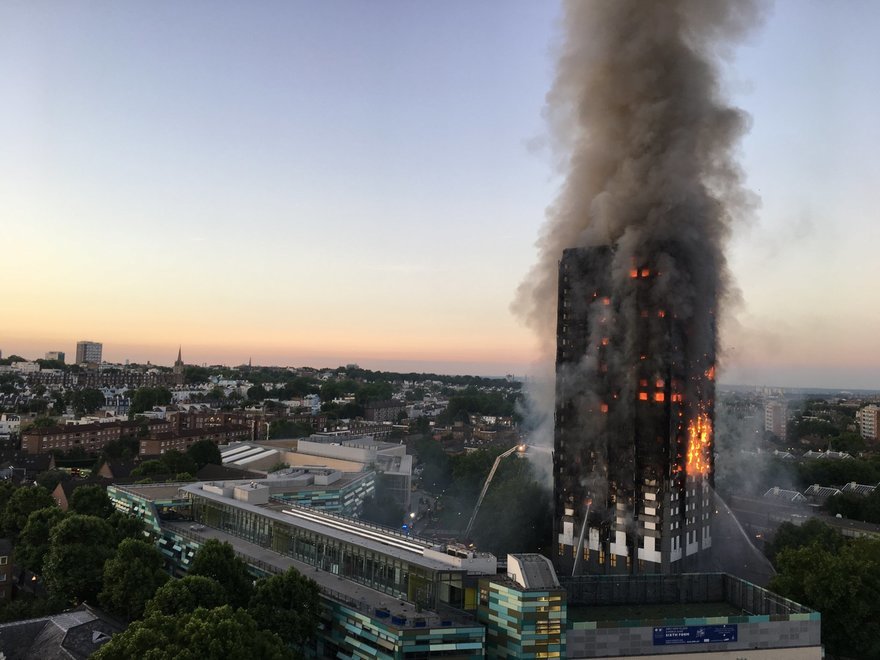 Grenfell Tower on fire. Image by Natalie Oxford - CC BY 4.0

Seventy-two people died in a subsequent fire at Grenfell Tower, including one girl from cyanide poisoning, thought to have been caused by inhalation of the burning polyethylene insulation. The fire was incredibly difficult to fight; as the BBC reported, "Fire safety experts say the cladding used on Grenfell Tower is the likely reason why the blaze spread so quickly - making it impossible for the fire to be contained floor-by-floor."

A couple of months later, Dubai's unfortunately-named Torch Tower high-rise caught fire--for the second time. "Investigators blamed flammable siding for the first fire there," reported the Times, "echoing the cause of a blaze at Grenfell Tower in London that killed more than 80 (sic) people in London in June." 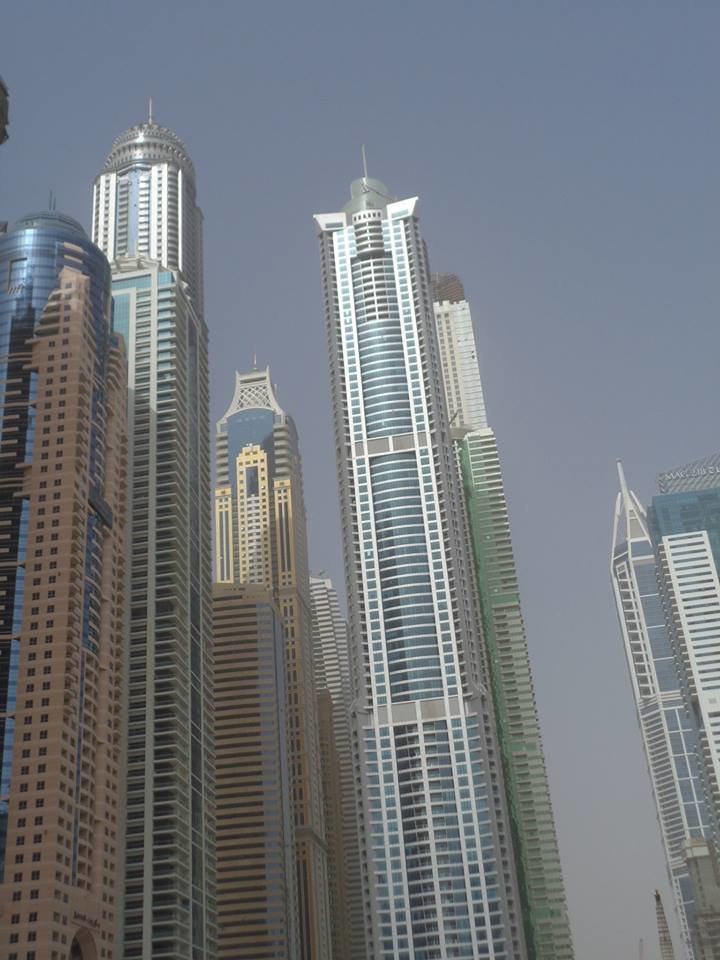 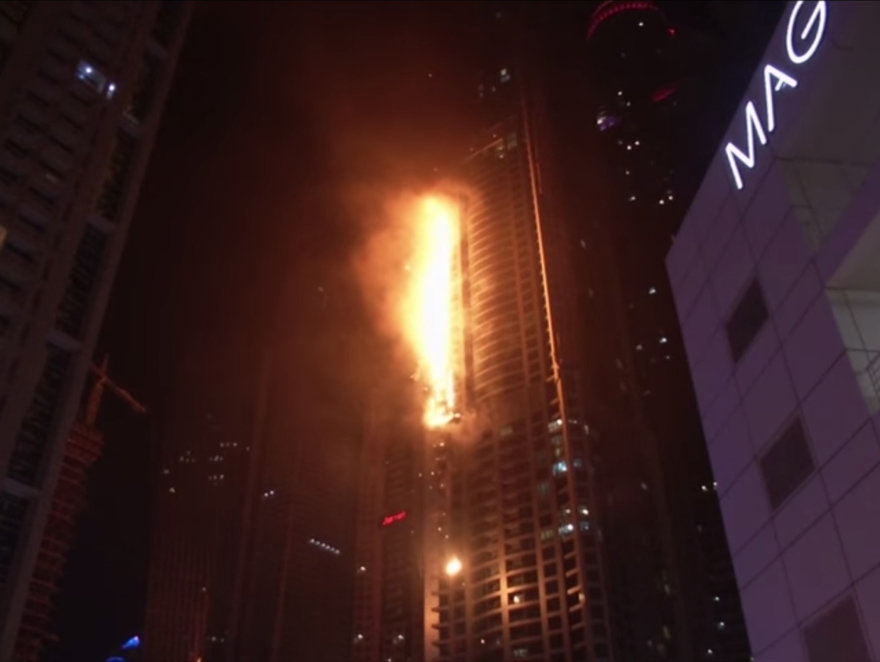 Dubai's Torch Tower on fire. Here you can see how the fire can spread straight upwards via the exterior cladding.

As USA Today reported in 2017, "In most of the United States, aluminum panels like those used in Grenfell are not used on high-rises because of fire safety concerns." The fire-prone cladding "looks modern and protects structures from the elements at a comparatively low cost and is most common in the United Kingdom, France, Australia and the United Arab Emirates."

So I'd say those firefighting drones might be of great use in those countries, working in concert with human firefighters doing the truly dangerous stuff inside. It's too bad we couldn't get this equation the other way 'round.