The University of Hawaii's Circular Dorms

Earlier we looked at floorplans of round houses, which don't seem to make a lot of sense. However, I subsequently came across these floorplans for round dorm buildings, which seem practical enough. 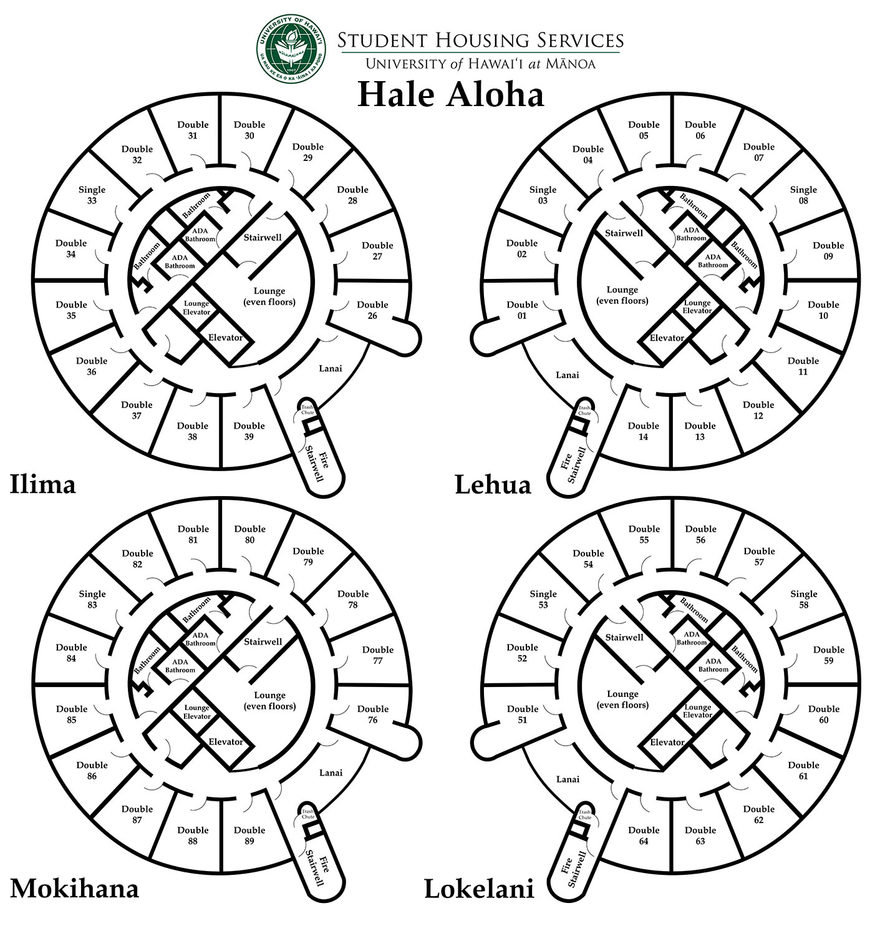 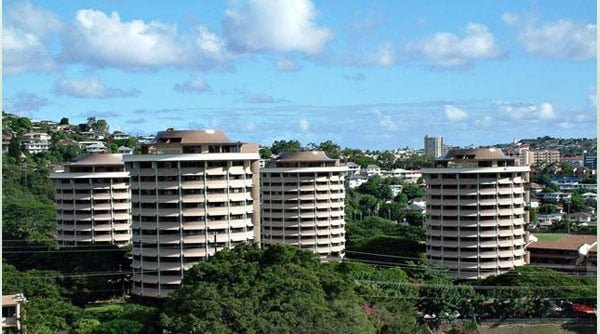 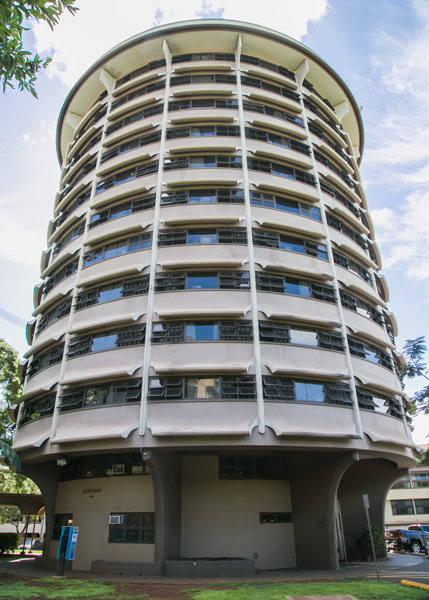 Built from 1970-71 and renovated roughly ten years ago, the buildings have 14 double-occupancy rooms per floor--by the floorplans, it looks like the R.A. gets a little Juliet balcony in his or her room--and communal bathrooms including ADA-compliant ones. 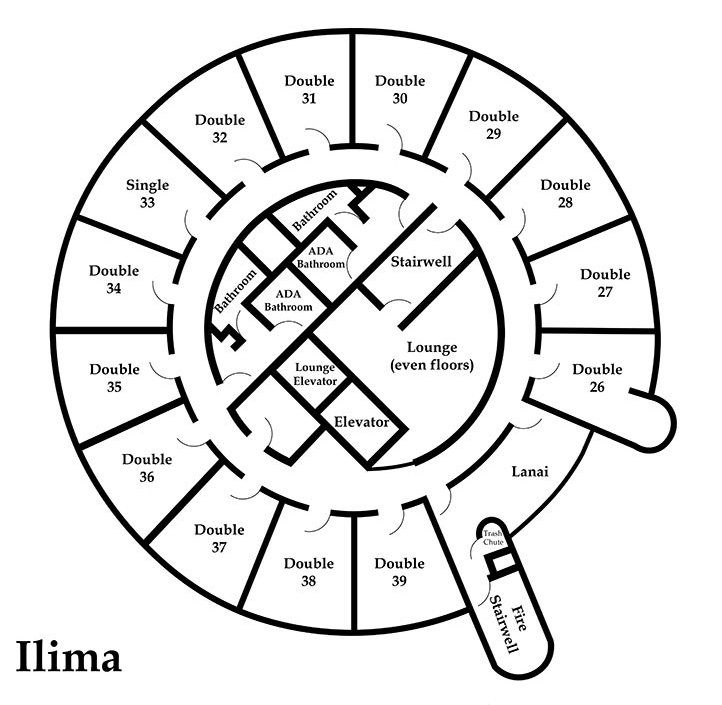 The diameter of the circle is large enough that the rooms at the periphery are close enough to rectangular. 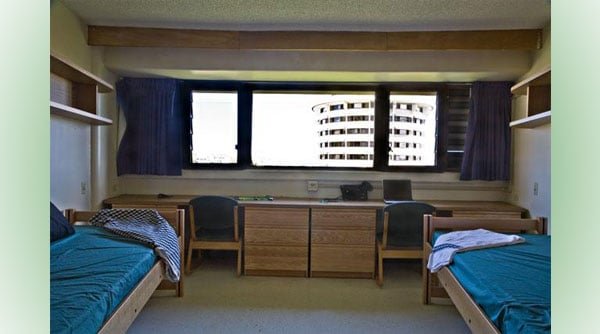 Every floor features a communal balcony (or lanai in the local vernacular), and every other floor's got a lounge midway between two levels. 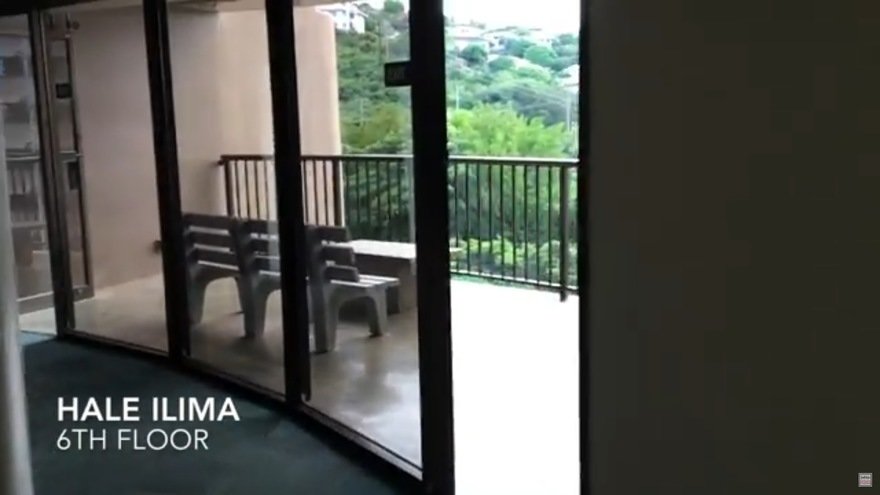 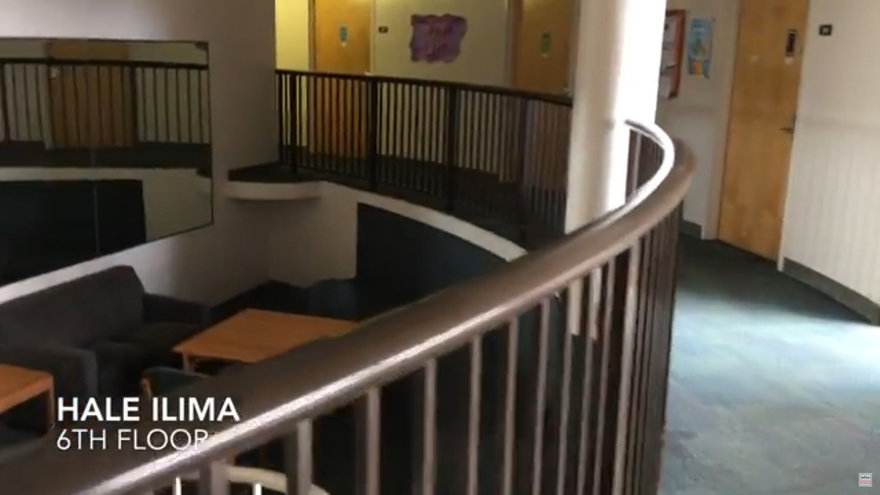 The top floors of the towers have no residences, but feature wraparound balconies, a large lounge, a communal kitchen and the laundry facilities. 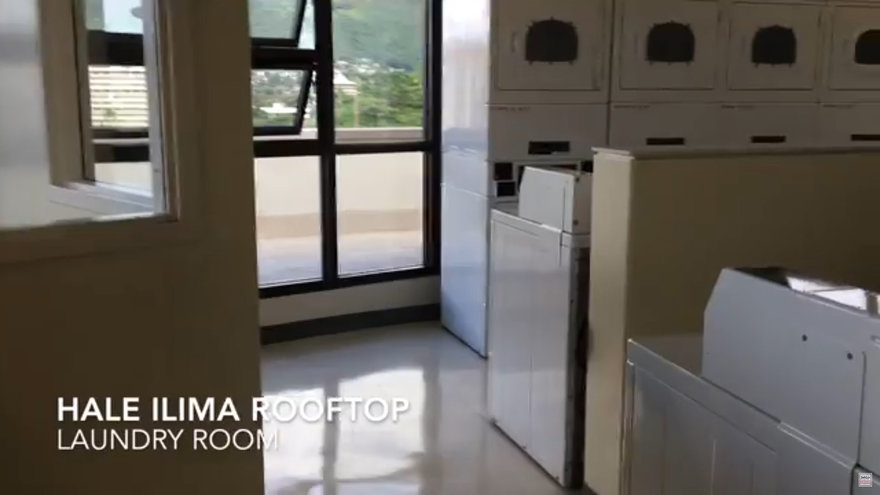 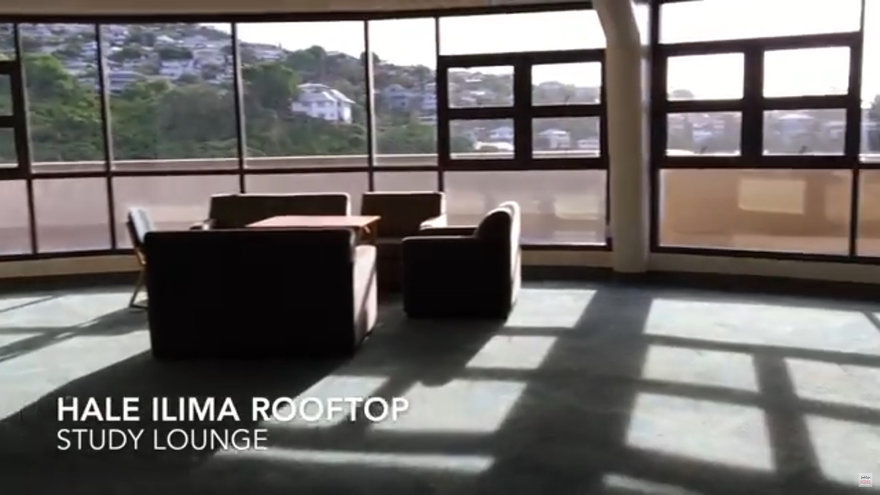 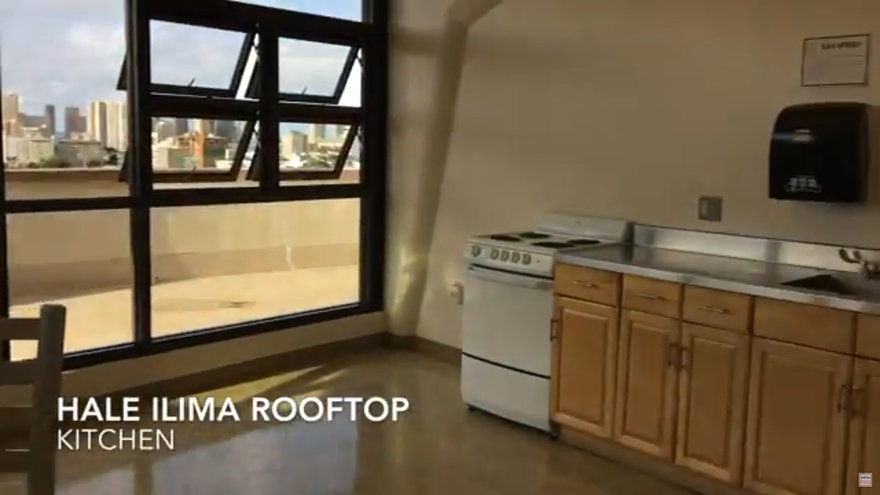 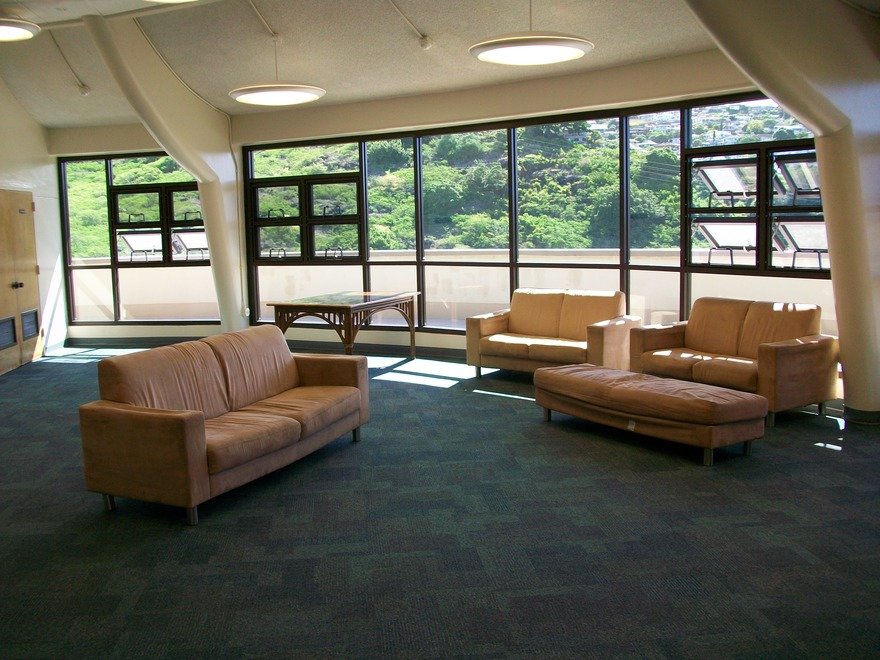 So yeah, while I think round houses are lame, these round dorms look pretty cool. Interestingly enough, they're for freshmen only. 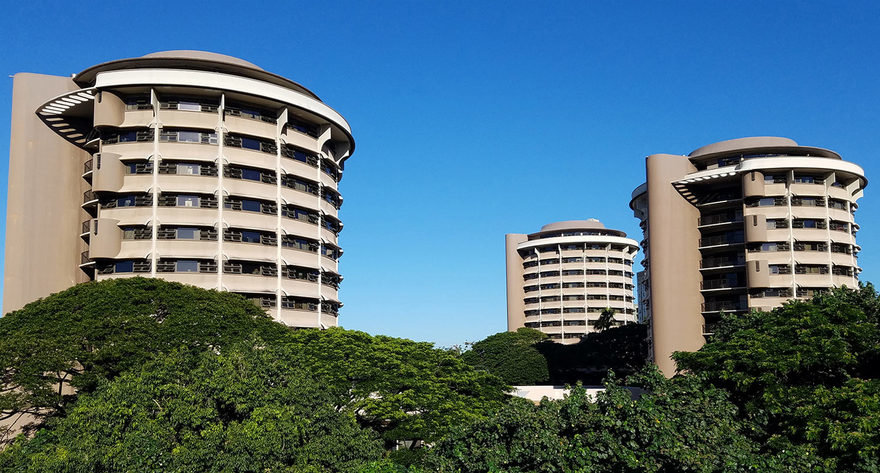