The New Airweave mattress is not cardboard, and it's washable!

Remember those cardboard beds that were developed for the 2020 Tokyo Olympics Athletes Village? The beds were designed by Airweave, a Japanese mattress manufacturer. Now that the Olympics are postponed until 2021, Airweave must've found themselves with warehouses full of no-longer-needed mattresses; as of today, they've launched their New Airweave Mattress for sale in the U.S.

What makes Airweave's mattresses unique is that they don't contain foam, nor springs. Instead they're made of airfiber®, the company's proprietary interwoven polyethylene filaments (BPA-free and hypo-allergenic, the company points out).

- Wake Up With Less Pain. The firm supportive feel of airfiber® blocks, a proprietary technology by airweave, helps maintain the body's natural posture while sleeping. 70% of customers choose airweave due to back and joint pain.

- Sleep Cool for Deeper Sleep. Airfiber® is proven to lower core body temperature faster so you fall into a deeper sleep faster. Unlike memory foam mattresses, airweave does not trap heat.

- Recyclable. The polyethylene resin used to create the airfiber® blocks can also be turned back into raw polyethylene and recycled intoplastic items after its use.

- Easy to move. The New Airweave mattress will be lighter in weight and thinner in size, making it even easier to ship and carry.

Also, the mattresses are washable, which isn't practically possible with a foam- or spring-based mattress. Obviously you can't stuff an entire Airweave mattress in the washing machine--just the cover--but the mattress itself can be washed by hand with lukewarm water and air-dried. 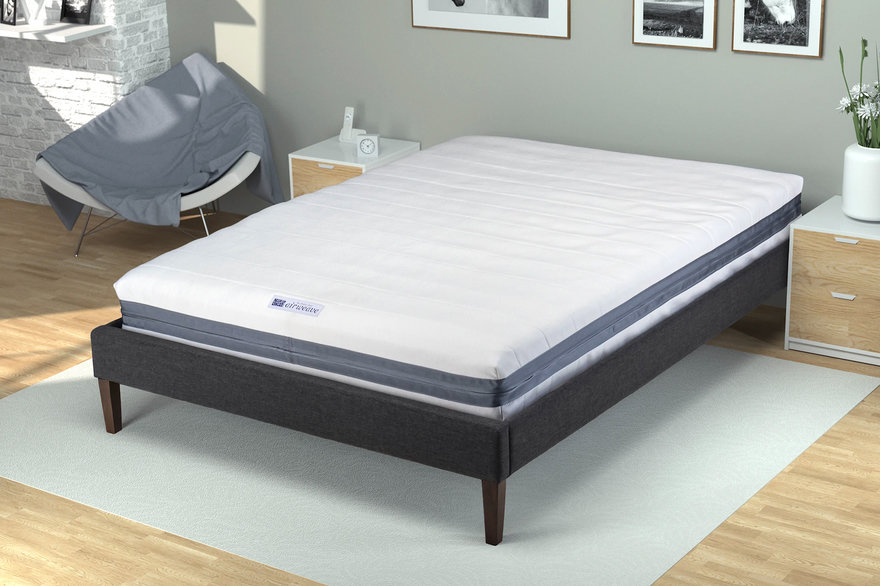 Lastly, I find the company's development story quite interesting, as it speaks of a particularly Japanese mindset for finding success: Obeying tradition while seeking innovative applications. Company founder Motokuni Takaoka inherited his uncle's fishing line company. Fishing line is made from resin fiber. As an engineer trained at Stanford, Takaoka began experimenting with other things that the resin fiber could be used to make, and I'm guessing at some point he laid down on one of his experiments and went "Whoa, that's comfortable!"

You can learn more about Airweave, or put in an order, here. (And don't worry, you won't be depriving an Olympian; Airweave has stated that they'll still be providing the mattresses for the Olympic Athletes Village next year.)