As products and services become more complex, prototyping should increasingly be treated as part of the creative process

This article is part of a Series for Core77 called "Pendulum Thinking" by Tokyo-based design engineering studio Takram—to learn more about the studio, read through our introductory interview with Director Yosuke Ushigome or their most recent article introducing the the concept of Pendulum Thinking. 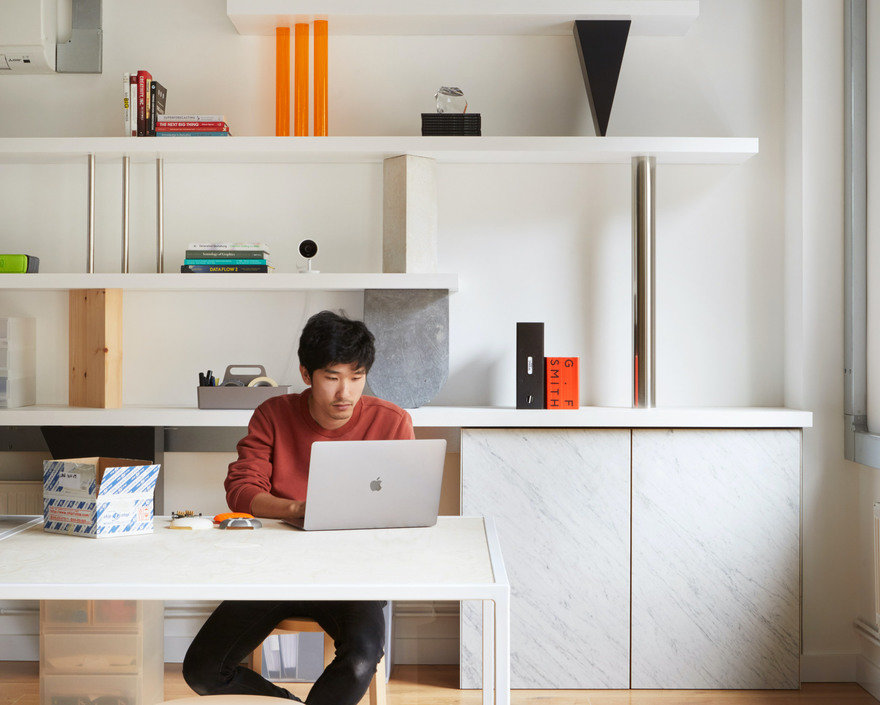 "Very much like the action of a Pendulum in its continual motion, the methodologies of "Prototyping", "Storyweaving" and "Problem-reframing" allow for context to constantly inform product innovation; without context informing product development, true value creation will always remain elusive."

Oscillating within Takram's Pendulum Thinking framework, Prototyping is a pendulum that swings between the concrete act of 'making' and the abstract of 'thinking'.

Traditional manufacturing typically relies upon prototyping at the end of the design phase to check for flaws and review the manufacturing process, refining as necessary to benchmark deliverables before entering final production. It's seen as a means to enhance quality and minimize risk by crystallizing a proven, working design, the goal being to cascade through final production as efficiently as possible.

But as products and services become more complex and complicated, prototyping should increasingly be treated as a critical thinking tool within the creative process; not only as a means to test and validate features, but as a procedure to question hypotheses and pivot on insight, and to provide an opportunity to review aspects otherwise too difficult to quantify.

For Takram, prototyping enables different project stakeholders to discuss increasingly abstract ideas and concepts beyond the constraints of their own anecdotal experience and imagination. By presenting ideas and concepts physically instead of verbally, in tangible forms instead of graphic representations, and as early in the process as possible, we can communicate and align on a product's value and appeal, not only within our own teams, but also with external stakeholders, such as clients and investors.

An argument for a more open-ended prototyping process

Prototyping allows our project team to become the first actual users of a new product. By transcending their own reference to experience a product from a user's standpoint, the team can engage their own specialties more efficiently to address new challenges or tasks, as physical iterations often reveal new insights, unforeseen frictions, or hidden opportunities. Such immediate user feedback also enables critical challenges to be nipped in the bud, which ultimately enhances the quality of our final product. 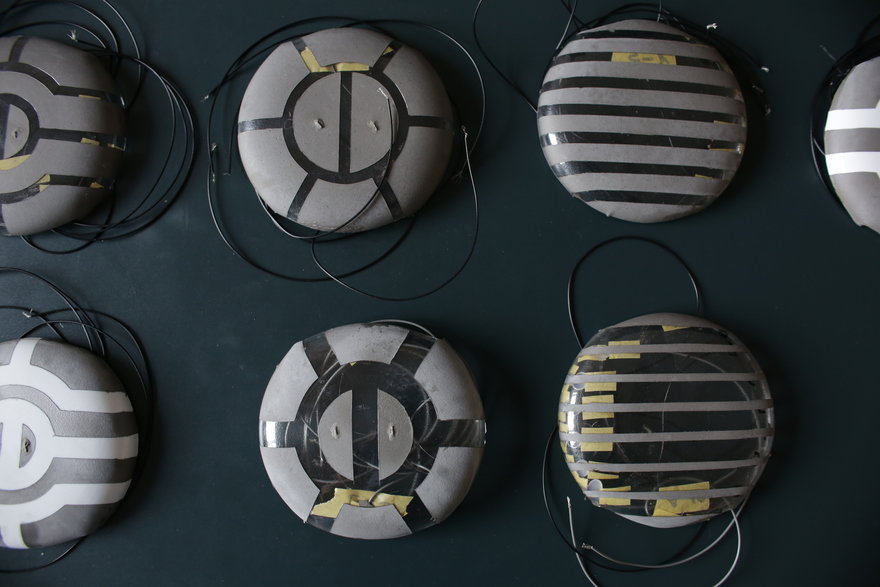 Although the term 'design thinking' (as referenced in Pendulum Thinking) might suggest a sort of brainstorming or ideation technique, its essence lies in prototyping and the interplay between abstract and concrete, ideation and physical manifestation.

Creative innovation emerges during this interplay, and methods like prototyping and brainstorming are merely catalysts. Rather than mistakenly viewing prototyping as a way to translate ideas into physical form, we recognize prototyping as a trigger for ideation and an opportunity to think beyond the initial hypothesis.

However, prototyping and ideation are not quite the same. Where they differ is in the feasibility that prototyping promises. Ideation is only constrained by imagination, whereas prototyping is a physical manifestation of an idea in as close approximation to the final experience as possible; if the idea appears unrealistic to the point where a prototype can't be made, it might be discarded, but it's in these moments where feasibility and imagination clash that seemingly unrealistic ideas can reveal new directions. By using prototyping within a broader ideation framework, we remain free from any fixed notions of feasibility to broaden our horizons to future possibilities that might have been discarded if we restricted ideas to only those that are immediately feasible.

One such example might be our recent work with Moovel Lab on a human mobility pod. To satisfy our increasing urban mobility needs, we were tasked with developing a system to take advantage of underutilized space on existing freight carriers and logistics providers. To answer the brief, we designed several personal mobility pod prototypes that incorporated many key features we deemed necessary to aid passenger comfort, answering questions, such as: How can I work? How do I know where I am? What happens in an emergency? How do I use the bathroom?

Not intended to be realized as a public offering, instead to feature as part of Moovel Lab's ongoing research into new ideas, roles, contexts and approaches for the future of mobility, the prototypes helped us to address immediate opportunities by looking towards a more speculative future. 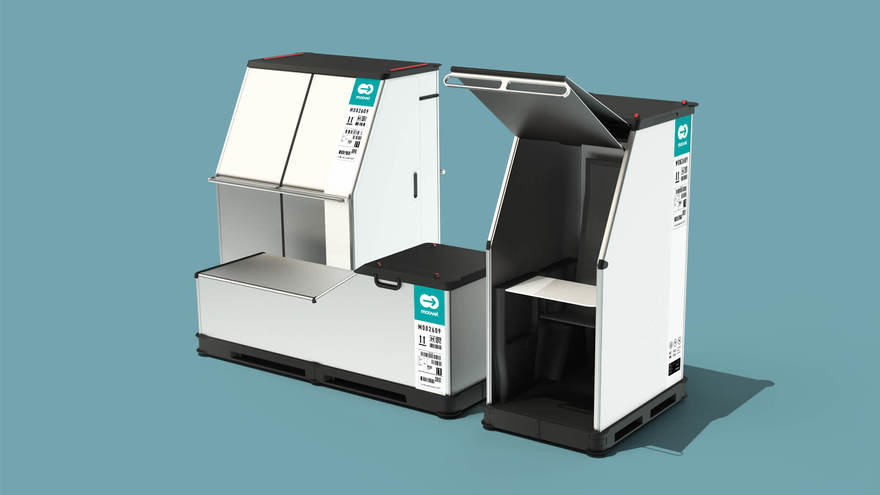 The Moovel Box, a speculative concept where we prototyped different mobilities that "piggy-back" on current existing transportation and logistics systems

And that is where prototyping really comes into its own; speculating on an unknowable future, envisioning and guiding us towards possibilities that could happen. A metaphor we might apply to prototyping is that of a sonar; by constantly testing theories and hypothesizing against the backdrop of user-experience, prototyping gradually reveals a new landscape, making questions more tangible and real, revealing new questions and allowing for these to be addressed in real-time.

Fundamental for some of the emerging design disciplines, such as 'Speculative Design' where the goal of a project is to raise further questions rather than solve a defined or specific problem, prototyping delivers an accessible reference for further discussion, further ideation, redefining the problem, and helps to broaden the scope of design to tackle some of the biggest issues in society, such as climate change, financial crises or even global pandemics.

One such project is our work to create the Shenu: Hydrolemic System in answer to an exhibition brief to design a water bottle for a hypothetical, dilapidated earth environment one hundred years in the future.

We determined the idea of a 'water bottle' presumes an abundance of water necessary to fill it, which was certainly not the case in our future scenario, so pivoting from water storage to focus on water retention, we came to hypothesize that by minimizing water lost through typical bodily functions, we could effectively minimize overall water consumption. Reframing the problem as such allowed us to reclassify the human body as the water container, which led to the concept of designing 'artificial organs.'

Based upon the premise of the body as a water container, we used 'cold' mock-ups to imagine and provoke discussions on future technologies, which resulted in products including nasal cavity inserts, waste-water repurposing suppositories, heat transference and energy generation equipment, as well as a range of daily supplements to deliver the minimum necessary hydration, hormones and nutrients to survive our arid new world. 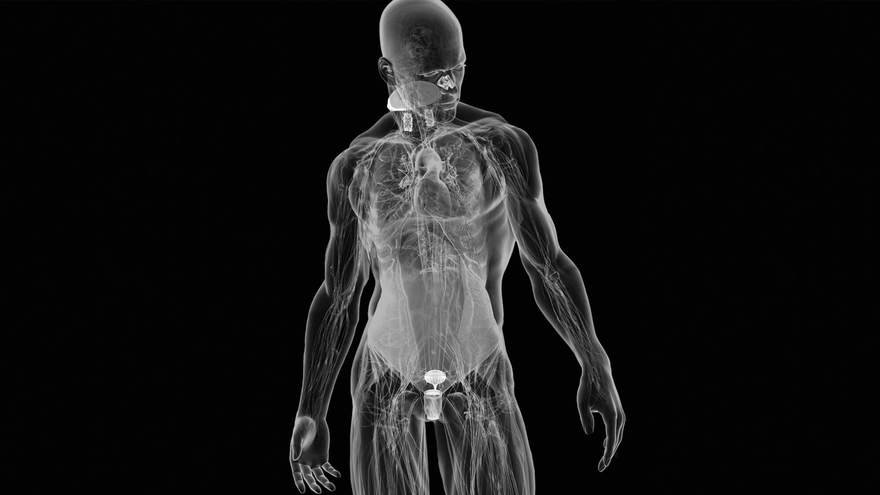 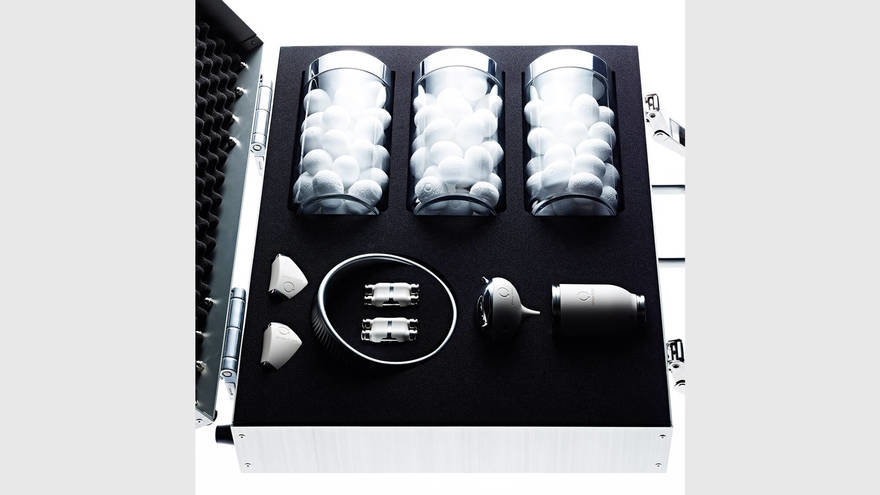 Physical prototypes of the Shenu organs; aesthetics and functionalities were informed by our extensive research into the capabilities and requirements of the human body, and innovative materials substitutes for each function

As mentioned, it's important a prototype manifests an experience that's as close to the realities of the final product or interface as possible, but as products become more advanced and complex, it's becoming harder to solve problems through traditional approaches, like sketching and 'dirty' prototyping. While engineering-led businesses are often too serious and rigid in what they're making, design-led firms sometimes lack the ability to create tangible prototypes that demonstrate the actual product experience, even if the rendering may 'look' suitably realistic. Takram's ability to deploy expertise across many different fields without having to differentiate between software and hardware, design and engineering, digital and physical allows us to efficiently create all types of prototype, even integrating methodologies and techniques to better share the same experience and sensibility within the team and with other stakeholders.

A car navigation & management system we developed for Toyota's concept car, the NS4 introduced at the 2012 Detroit Motor show, is a good example. Programmed using Flash and improvised with the latest (at the time) touchscreen technology (before we had ready access to advanced prototyping technology), the prototype experience was tailored to closely resemble the final mass-production model, to the point where show-goers could sit in the driver's seat and experience the Head-Up Display (HUD) and user-interface. 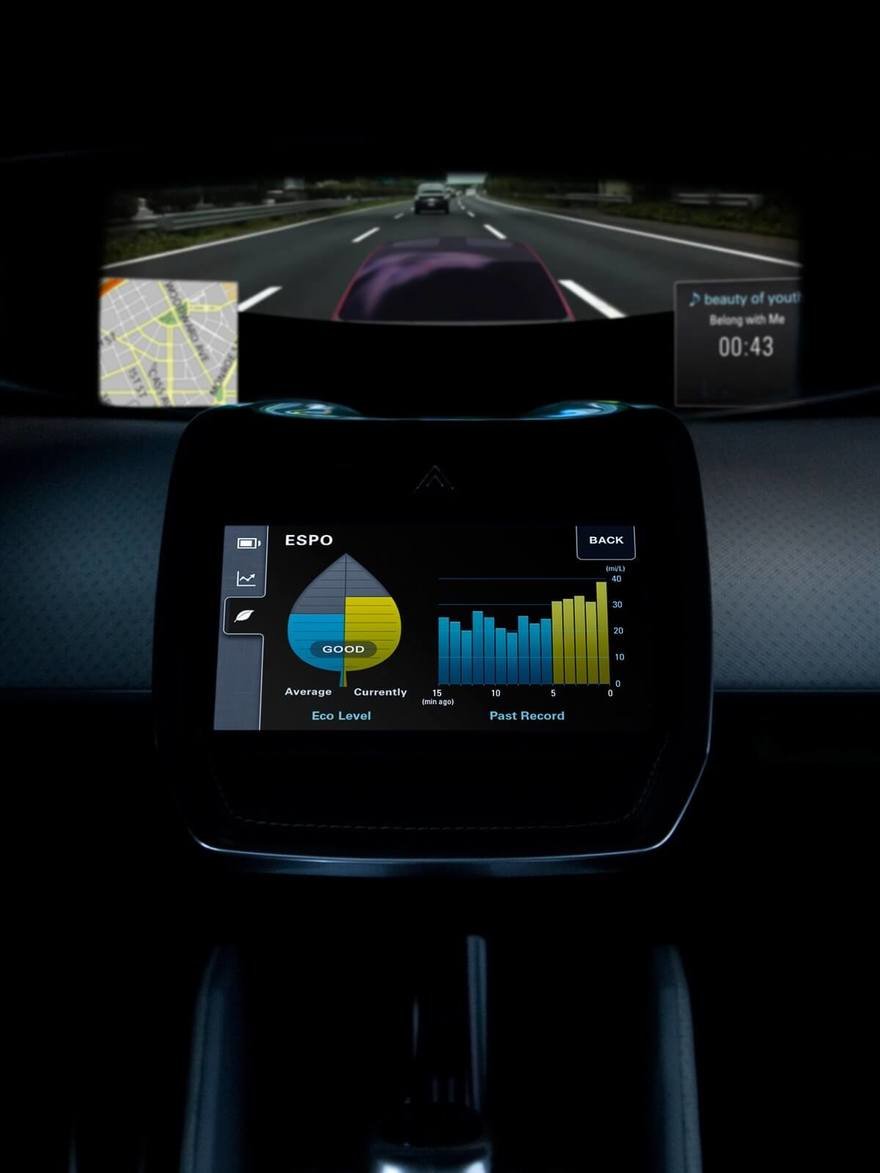 The NS4 was 'unordinary' in being just a step ahead of its current time, not a full leap but a step - further helping people to believe in its functionality and experience

While not as elaborate as a full concept car and using all sorts of 'non' Toyota technology, the value of such a prototype is in replicating the user experience rather than focusing on the finer details of hardware and software design.

Getting a minimum viable product into the market as quickly as possible is the typical ambition for many clients. But when we're asked to speculate five, ten, fifty years into the future where there is no immediate market opportunity and technological advancements are that much harder to replicate in a physical form, we turn to storytelling to reflect upon possible futures. While it's important to share the physical experience via a working prototype wherever and as much as possible, when the distance between prototype and final product becomes a barrier to sharing a mutual experience or vision, an accompanying story— a movie, supplementary film, a graphic storyboard— can act as a vehicle for some of the more complex aspects of the prototype or future context.

In this sense, prototyping is not simply a process for developing commercial products or services but is an opportunity to render visions of society's future. A powerful tool for stakeholder engagement within the context of a known problem or vision, but when the question is as amorphous for the client as it is for us, we found that it lacks something fundamental; the ability to communicate the essential question of why a particular product or service is necessary.

In our next feature, we will introduce Takram's second methodology, 'Storyweaving', which is the process of "prototyping for a concept" by aligning the values, ideas, ambition for a product or service with that of a company or organization's longterm management policy and philosophy.

Yosuke is a creative technologist based in London and Director at Takram, a design innovation firm based in Tokyo and London. His primary interests are centred around emerging technologies. He probes future visions that they promise, reveals the cultural and political mechanisms behind them, and illustrates insights through making various prototypes. By doing so, he aims to facilitate in-depth understanding of the implication of emerging technologies, and encourage better-informed decision-making on our future.