In the age of social distancing, how do you keep factory workers on a production line from coming too close to each other? Ford, eager to get their factories up and running again, is experimenting with distance-alerting wearables.

Volunteers at their factory in Plymouth, Michigan (which is still open and producing ventilators) have been given Samsung smartwatches running software by a company called Radiant RFID. In addition to presenting the simple graphics and information shown in the image below, the watches vibrate when workers get within six feet of each other. 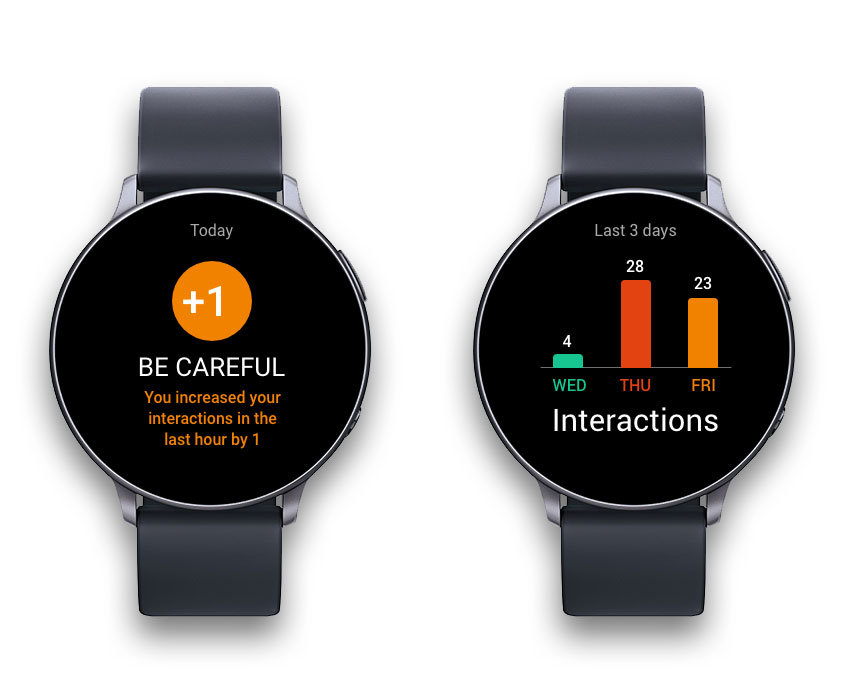 Their locations are also apparently recorded and sent up upstream to a supervisor. According to Bloomberg,

"In near real-time, workers receive a vibration and a color-coded warning on the watch to let them know when they are closer than six feet to another person. Supervisors also receive alerts and reports that can be used to monitor social distancing and clustering in the workplace, according to Radiant."

In the mid-20th-Century, it was a tradition that when employees retired, they were given a wristwatch as a gift. In the 21st Century, workers may need to be given watches up-front, to increase the chances that they'll make it to retirement.