Debunking a Myth: Apple's Command-Key Icon is Not a Stylized Top View of a Castle

This is such a bummer!

Some years ago I learned a fun factoid by watching a presentation (screenshots below) by Susan Kare, the legendary graphic designer who not only created the Chicago, Geneva and Monaco typefaces, but the icon sets for the original Macintosh as well.

In her presentation, Kare explained that the original Command Key icon was an apple, but Steve Jobs felt the apple was being overused. He requested she come up with a new Command symbol. 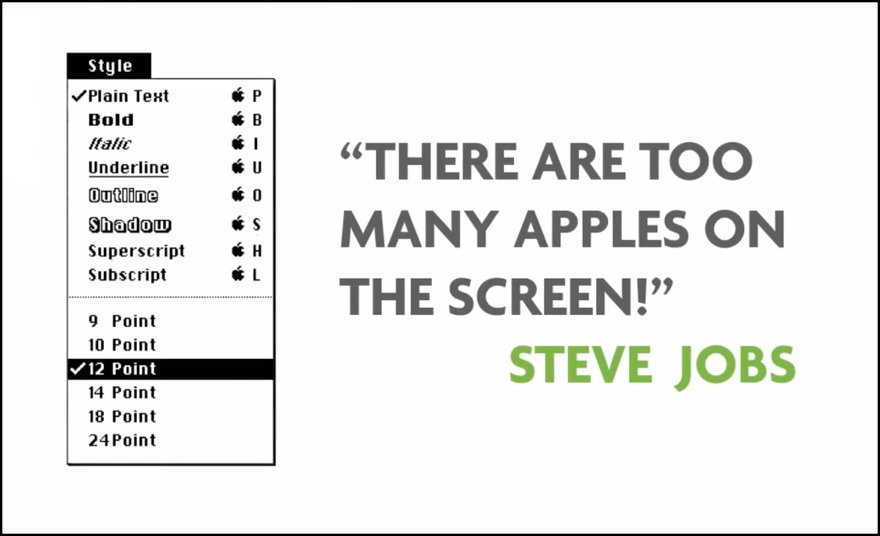 After looking at and rejecting some candidates… 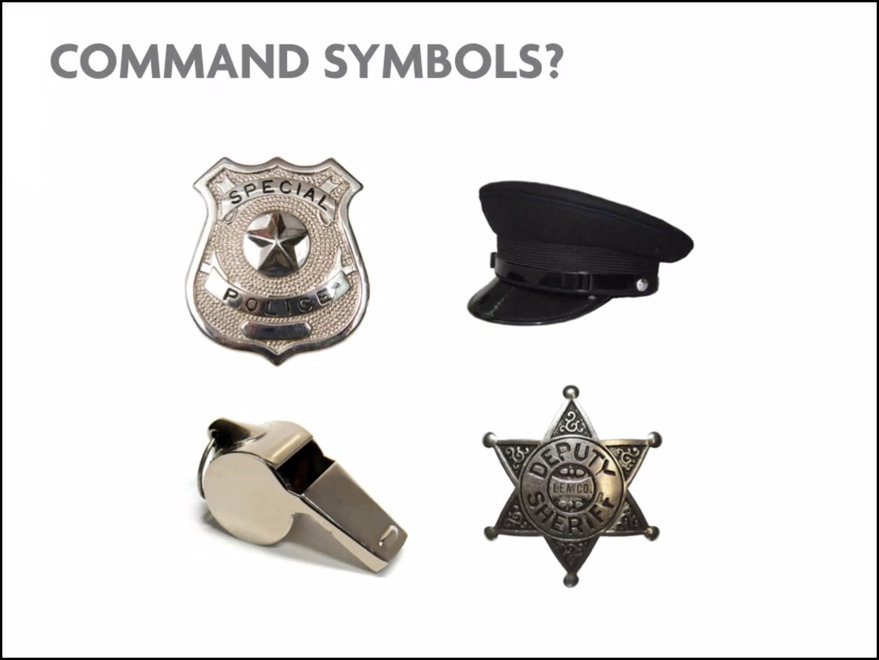 …Kare began flipping through a book of symbols. She zeroed in on this: 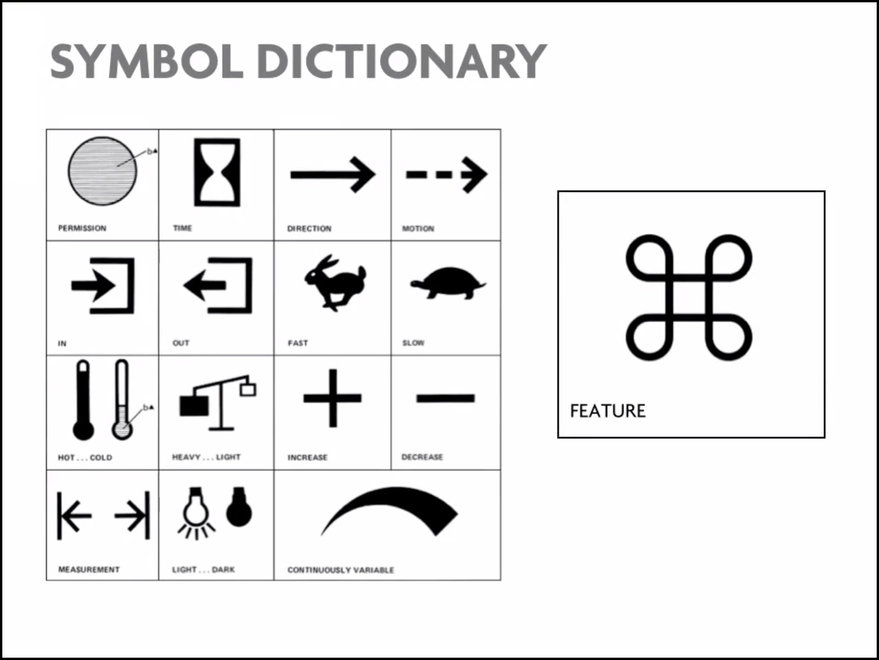 The book mentioned the symbol was used in Swedish campgrounds to indicate places of interest. 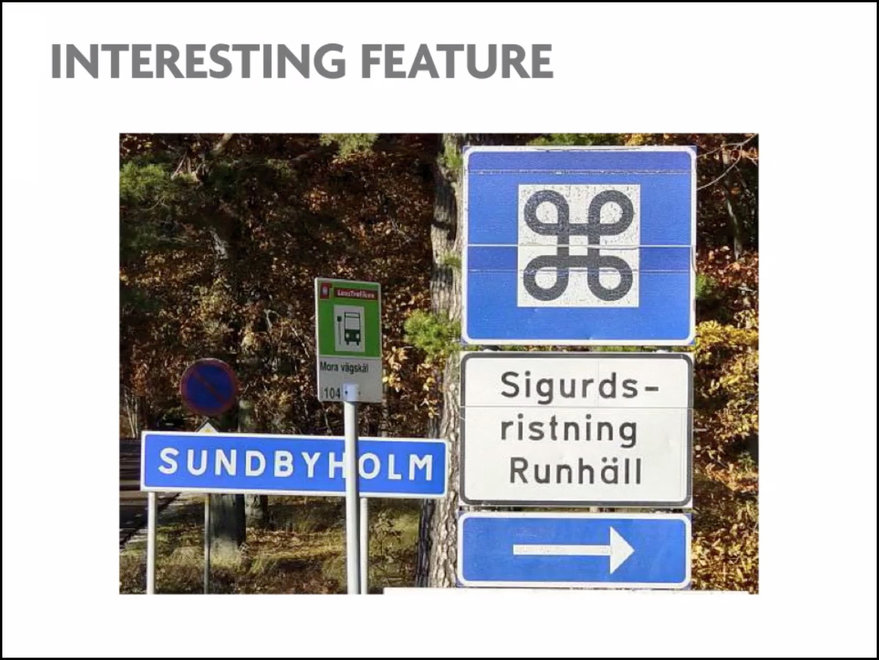 Kare liked the symbol, which was easy to draw in the 16x16-pixel requirements of the time, and went with it. 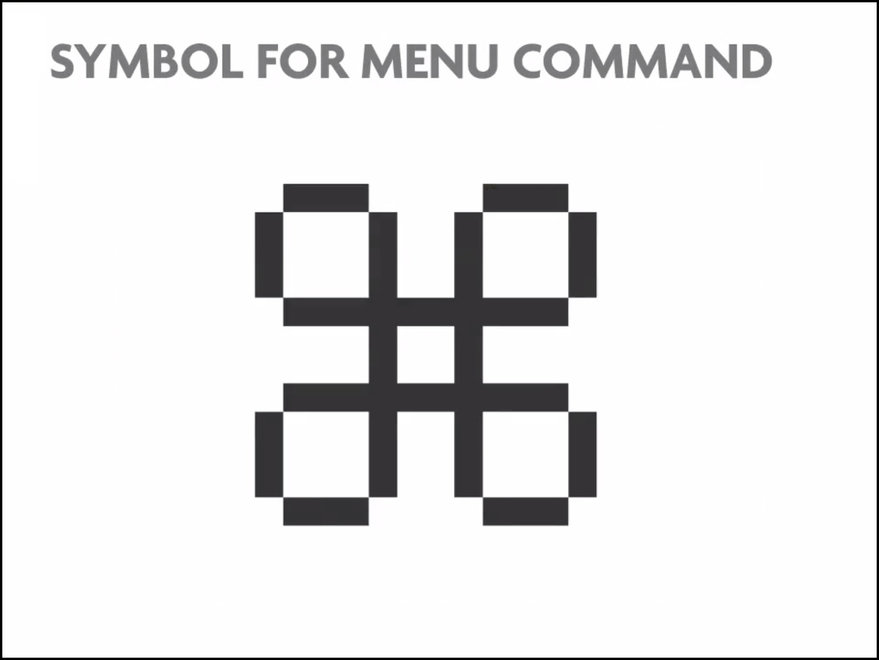 Some years later, someone e-mailed Kare to point out that the symbol was actually a stylized top view of Sweden's Borgholm Castle: 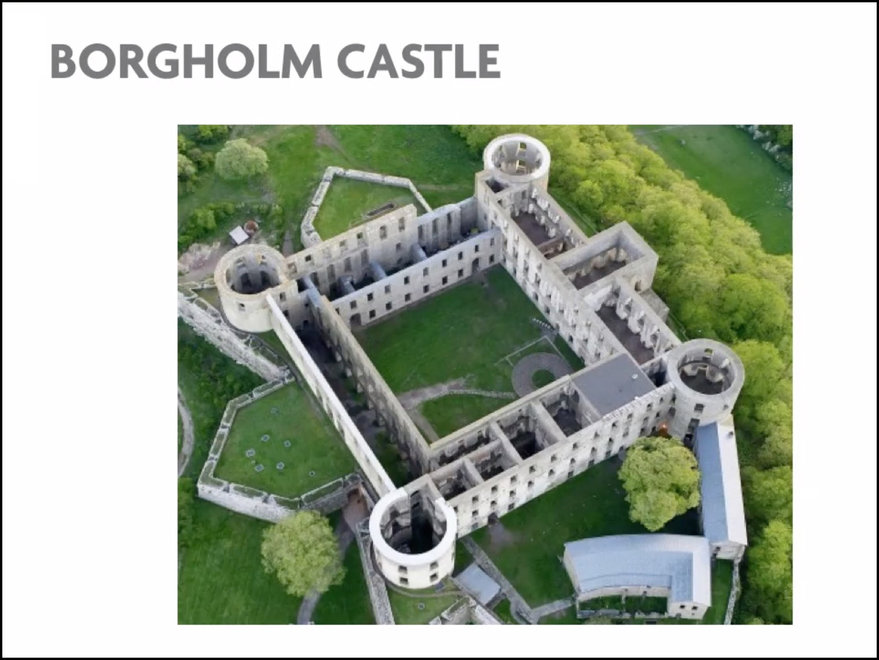 Indeed, it does look pretty close:

However, I just looked it up, and whomever e-mailed Kare was misinformed. The Swedish Natural Heritage Board, whose logo is the same looped square symbol...

"In the Nordic countries [the symbol was] known during prehistoric times and is found, for example, on some of our earliest picture stones." In other words, the symbol antedates castles.

"In the early 1950s, the Finnish hometown association proposed that the mark should symbolize and mark cultural monuments, and since the late 1960s, the [symbol] is a common road sign in the Nordic region for sights." Meaning the Finns began the practice, and the Swedes later adopted it.

That being the case, it seems unlikely that the Finns chose the symbol for its resemblance to a Swedish castle, or any castle at all, as the symbol's history goes all the way back to prehistoric times.

Which stinks, because I thought that made for a great story.

All of this aside, Kare's a great speaker and her presentation is still fantastic. Thankfully it's still online, give it a watch:

Debunking a Myth: Apple's Command-Key Icon is Not a Stylized Top View of a Castle