"One of three centaur burials discovered in 1980 by the Archaeological Society of Argos Orestiko eight kilometers northeast of Volos, Greece" 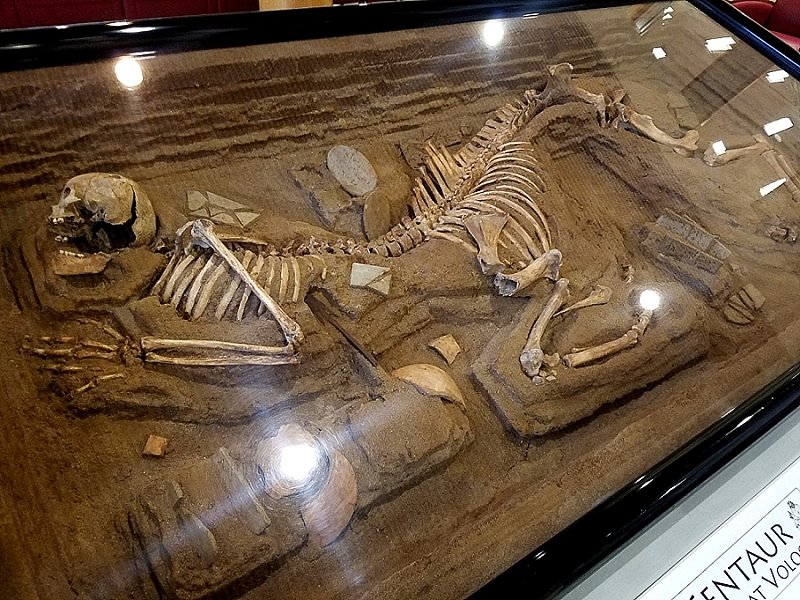 The plaque on "The Centaur of Volos," which was first exhibited in 1980 at the Madison Art Center in Wisconsin, reads:

"One of three centaur burials discovered in 1980 by the Archaeological Society of Argos Orestiko eight kilometers northeast of Volos, Greece."

The human bones are real, as are the horse bones. But they were conjoined and staged by a guy named Bill Willers. According to researcher and forensic-science writer Dolly Stolze at the Strange Remains forensic anthropology website:

In 1980, Bill Willers, artist and professor of Biology at the University of Wisconsin-Oshkosh, constructed the skeletal remains of The Centaur of Volos from real human bones and the bones of a Shetland pony. The human bones that Willers used were from an anatomical specimen, a human skeleton from India, in the biology department at his university. The human and pony bones were tea-stained to give them a uniform color and make them look authentic. 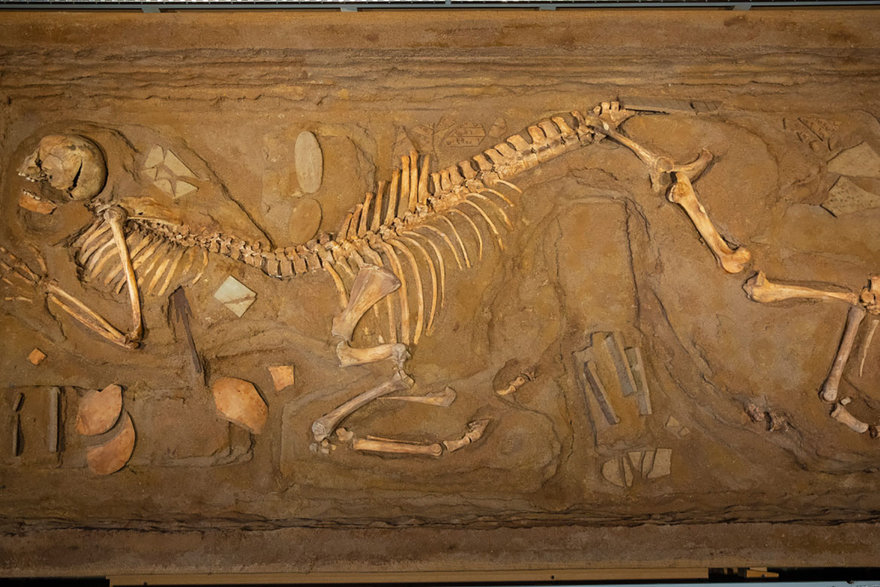 "The Centaur of Volos" toured a series of colleges in the 1980s, before being purchased by the University of Tennessee-Knoxville in 1994. It is now on permanent display in their Jack E. Reese Galleria at the Hodges Library.

In 2008, Willers was commissioned by Skulls Unlimited--a company that sells real bones, both human and other--to create another centaur skeleton, this one posed: 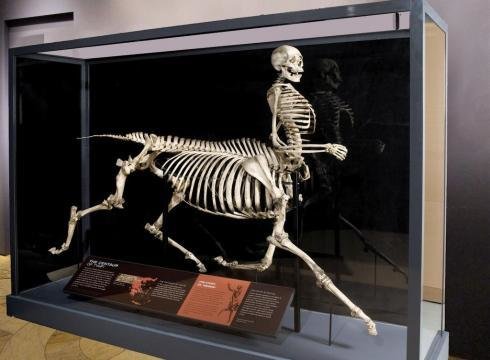 As for why "The Centaur of Volos" was ever created and exhibited, according to Stolze:

The exhibit was designed to encourage students to rely on their critical thinking skills, and not accept everything as fact no matter how believable it looks or sounds, even from a reliable source like a university exhibit.

And according to Roadside America, Willers "had conceived of the centaur as a way to test the public's willingness to believe the unbelievable, just as P.T. Barnum did."

In this day and age, I'm relatively certain I could post the "Volos" photos on Facebook and get at least five people to believe it. And circulate it.