A Private Jet with an Outdoor Deck

You've probably heard that America's billionaires have gotten at least $282 billion richer during the pandemic. What will they spend that extra cash on, once this is all over? Maybe this Aviro Business Jet Explorer, if BAE Systems ever makes it. The concept was developed for BAE by the British consultancy Design Q, targeting "VIP aircraft market segments." 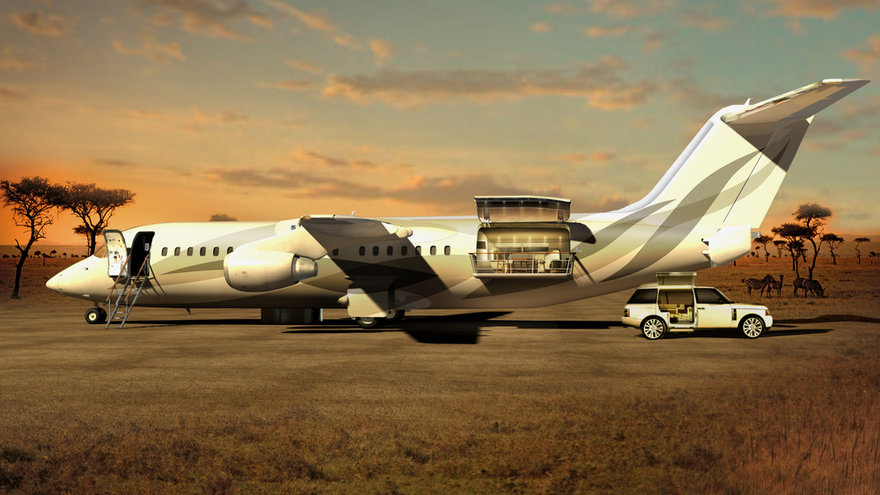 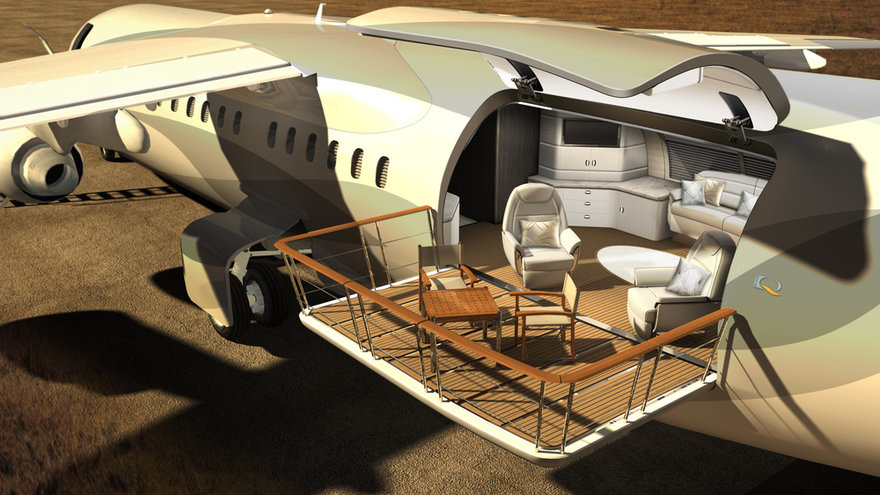 "Pilot! Take off, then land again with the plane pointed the other way on the runway. The sun is in my face."

Yes, it's got a deployable sun deck. It looks to me like the floor slides out, though I can't fathom how those railings could be automatically deployed. Then again, if you're cruising around on a jet like this, you've probably got staff on hand who could install them manually. 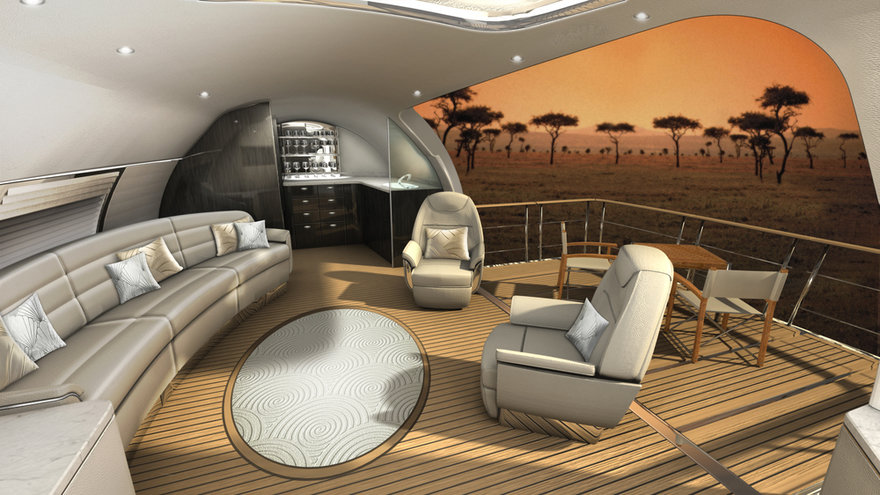 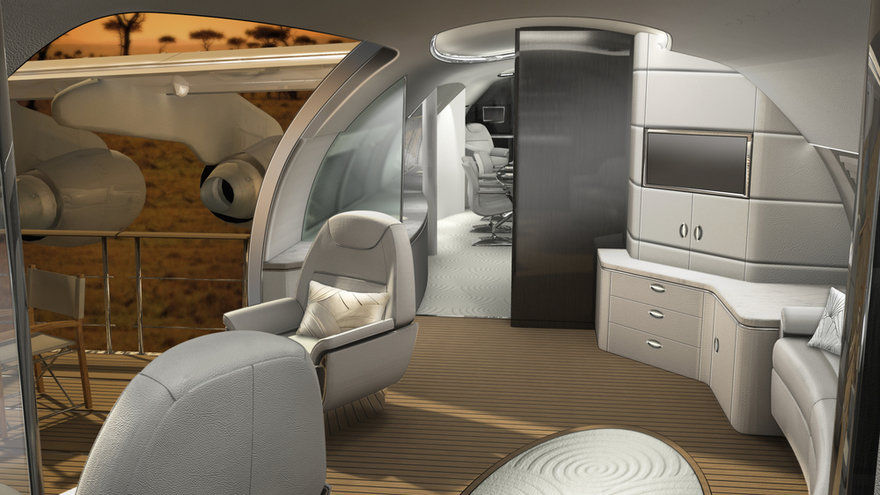 There's also a little dining area for two you can set up beneath the plane. 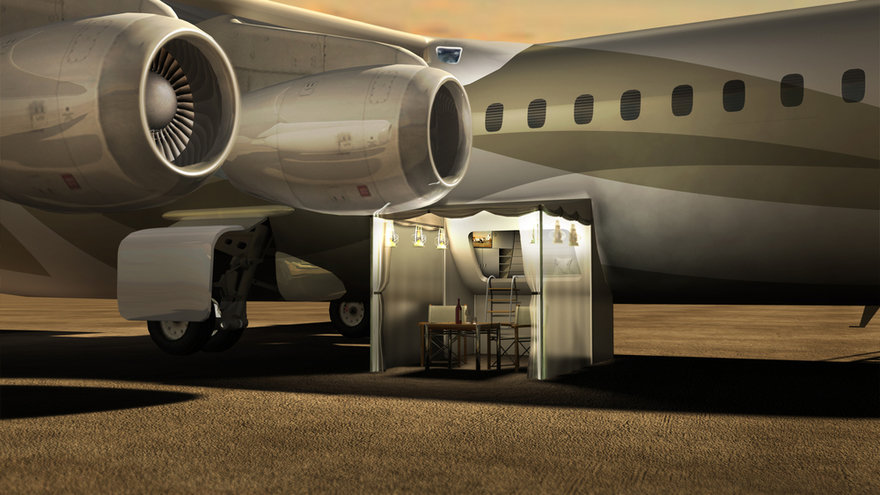 "Pilot! How many times have I asked you NOT to test the engines whilst I'm dining!"

And don't worry--if it's raining outside, there's a weather-safe dining and lounge area inside. 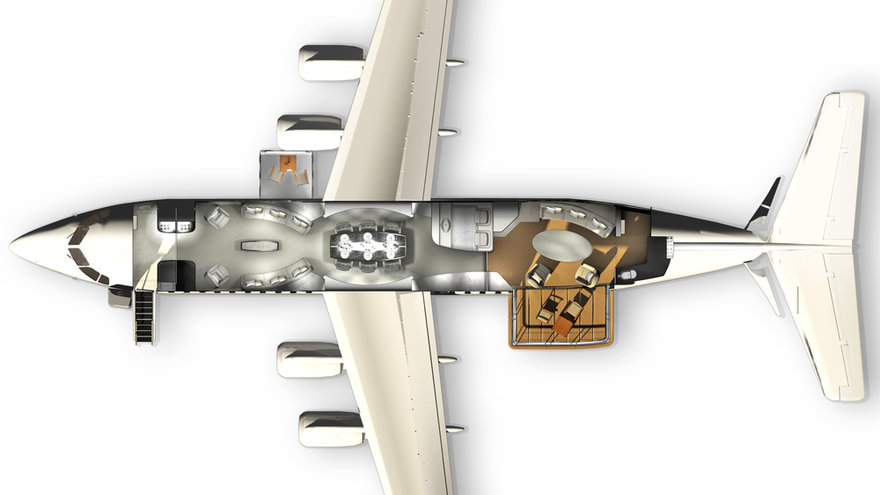 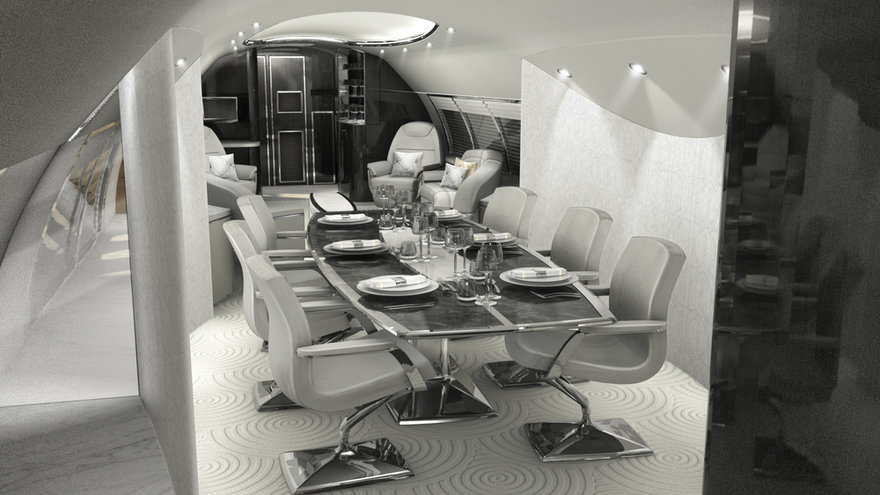 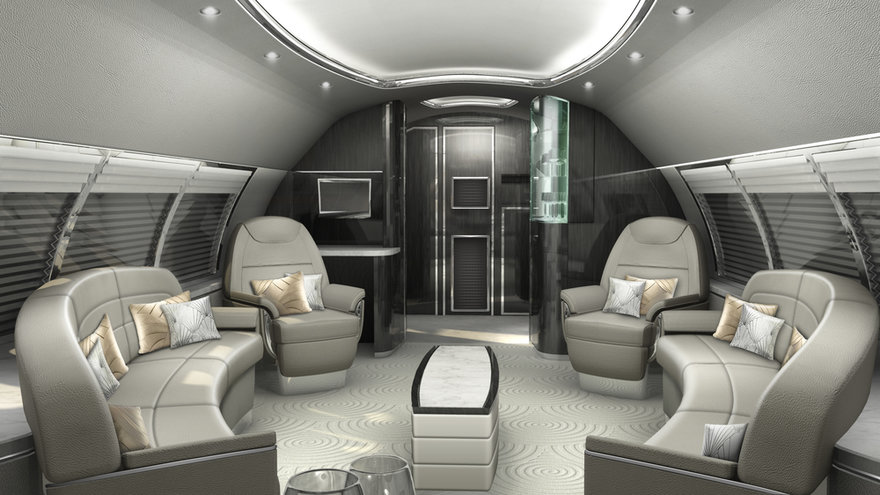 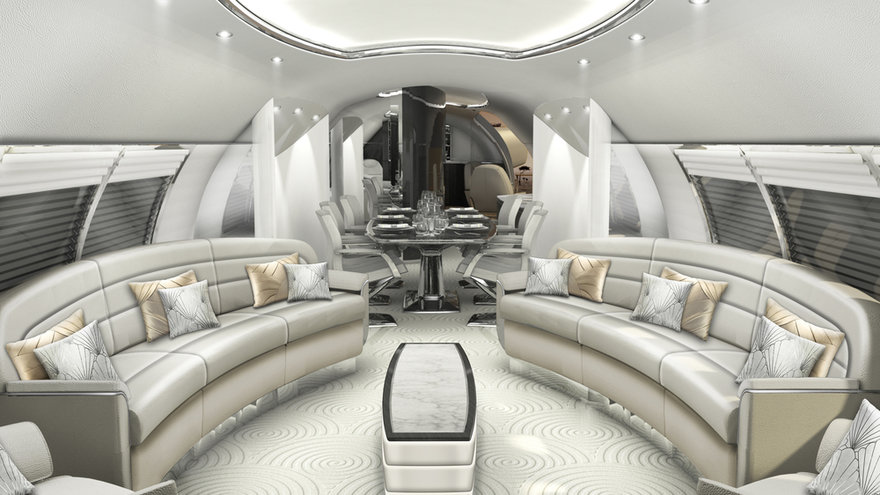 How Rich People Board Their Private Jets: Via Elevator

A Private Jet with an Outdoor Deck