A special thanks to Core77 reader Ross Oliver, who read our post on Cheat Sheets and commented that silicone--which I always thought was inert--may in fact leach harmful chemicals into food. 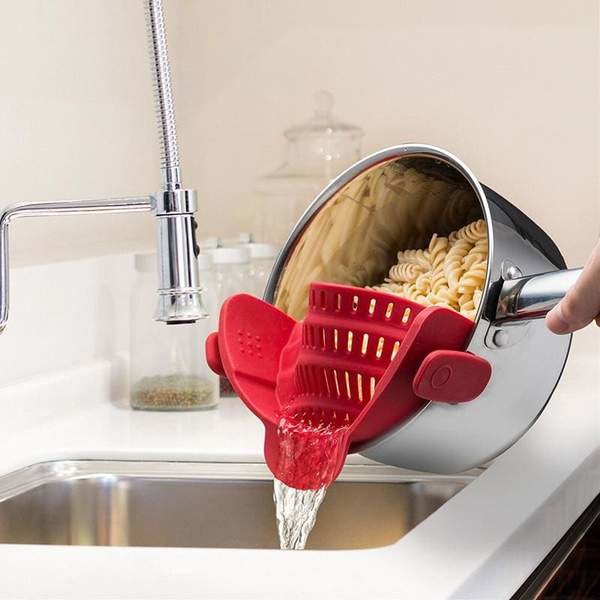 Oliver provided a link to Life Without Plastic, a company founded in 2006 by two parents seeking alternatives to plastic for their then-newborn child. Today the company sells over 450 products made from nontoxic alternatives to plastic, like good ol' glass and stainless steel. Because they do sell some items that feature silicone gaskets and seals, their website has a section on silicone, where they provide links to several peer-reviewed studies done on how the material reacts with food. Here's some relevant information:

Silicones are not completely inert or chemically unreactive and can release toxic chemicals. They can leach certain synthetic chemicals at low levels, and the leaching is increased with fatty substances, such as oils.

One study tested the release of siloxanes from silicone nipples and bakeware into milk, baby formula and a simulant solution of alcohol and water. Nothing was released into the milk or formula after six hours, but after 72 hours in the alcohol solution several siloxanes were detected.

Another study found siloxanes [a byproduct of the polymerization process used to create a silicone product] being released from silicone bakeware, with leaching increasing as the food fat content increased.

A review of the literature indicated that the key critical effects of common siloxanes, as shown in animal studies, are impaired fertility and potential carcinogenicity (2005 Report by the Danish Ministry of the Environment: Siloxanes - Consumption, Toxicity and Alternatives).

If you use silicone in your kitchen, I'd say the entire page is well worth a read.