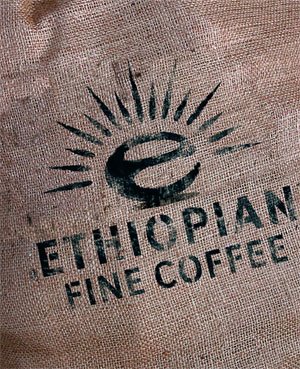 A small design firm here was recently hired by an unusual client with an unconventional request: The Ethiopian government commissioned Brandhouse to come up with a logo that will make consumers feel like they are drinking a luxury when they have Ethiopian coffee. This month, the Ethiopian government is releasing the logos for three varieties of Ethiopian coffee beans that it hopes will eventually appear from the burlap sacks that are used to transport coffee beans to coffee cups in cafes. It is the first time the country has introduced a brand for its major export.

The logos are the culmination of years of sometimes-bitter wrangling between Ethiopia, British charity Oxfam, Starbucks and the National Coffee Association, a trade association for U.S. coffee importers, wholesalers, retailers and roasters. The Ethiopian government has argued that companies such as Starbucks should sign licensing agreements for its coffee. Oxfam supported its cause and last year, the Seattle coffee chain reached a deal with Ethiopia to license, market and promote Harar, Yirgacheffe, and Sidamo coffee.