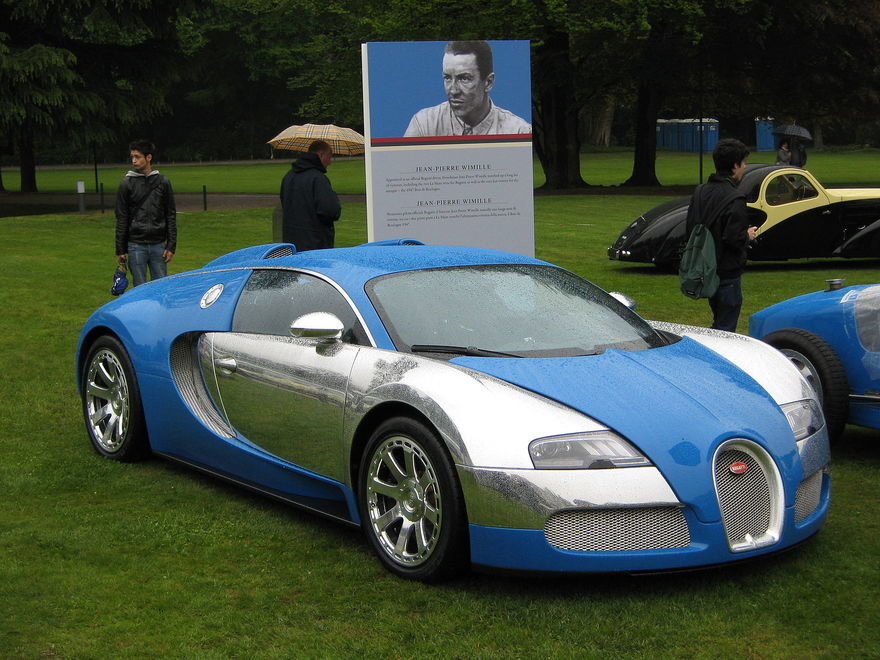 Bugatti is not known for their restraint on style, lavishing what some would say is excessive design and engineering attention on their supercars. Turns out the same goes for their factory--sorry, atelier, as they refer to it--in France, where they used to build the now-defunct Veyron. Bugatti's engineers devised an elaborate system whereby the car is built in three parts, front, middle, rear, all on lifts just a few feet away from each other: 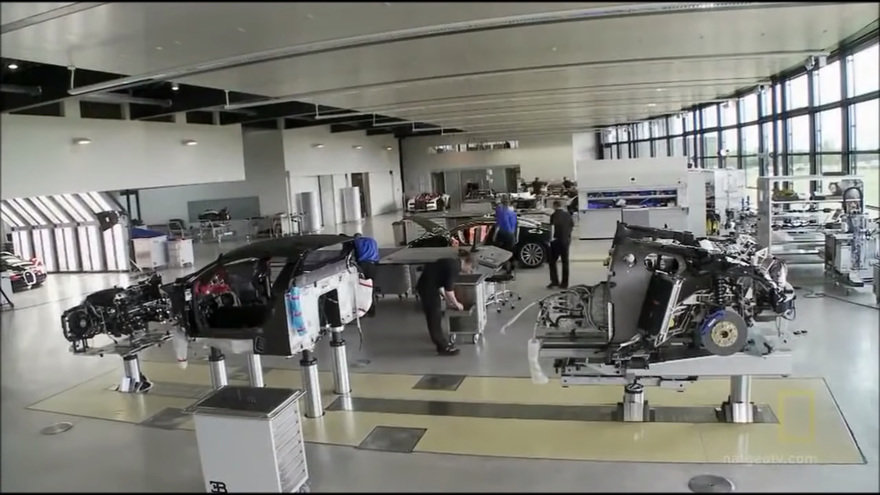 Once assembled, the front and rear parts are pushed over to mate with the middle part: 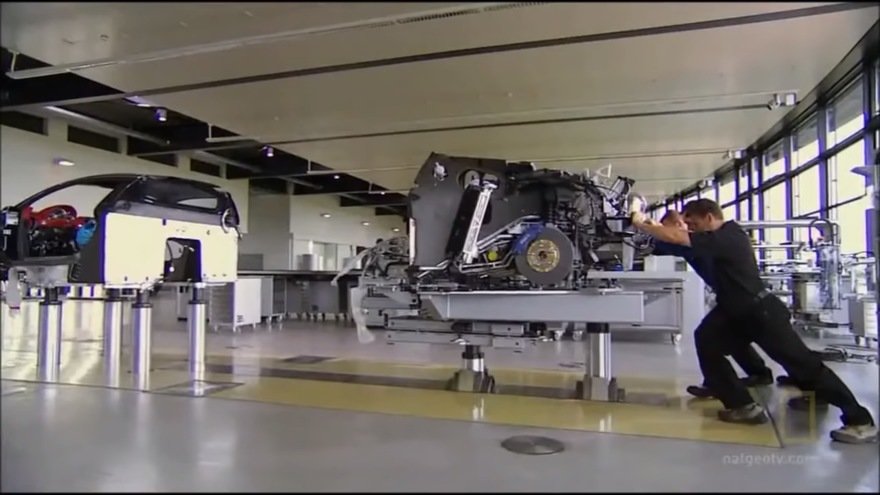 This is possible because their lifts aren't actually floor-mounted stationary lifts, but trolleys with concealed wheels that roll in a track. Look at the track-concealing mechanism they came up with to eliminate the potential trip hazard:

I understand that you can't have a technician rolling their ankle in an exposed track, but I mean, holy cow. It's like if Santiago Calatrava had a degree in mechanical engineering.

The relevant clip explaining the car's assembly process is below.