Gaining high traction on social media is this proposed restaurant add-on meant to keep diners safe from one another. And I don't think it makes any sense. I get that the designer, a visual merchandising designer from France, is trying to do something positive and make something beautiful, but I'm not seeing any critical thinking or practicality. 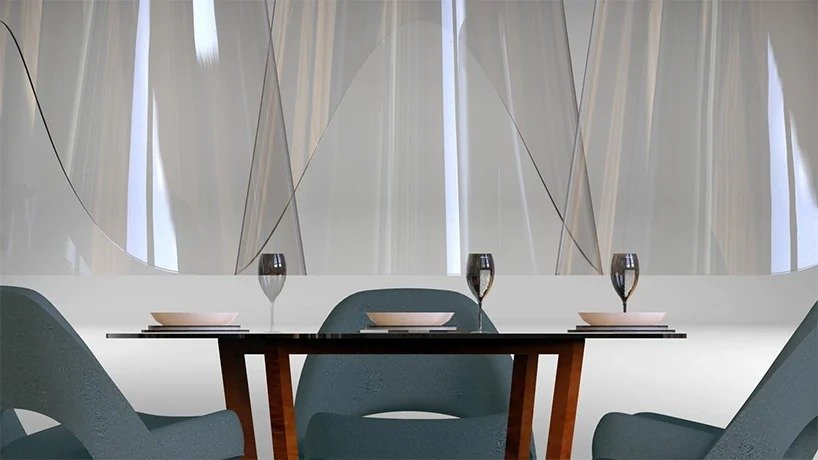 This "Plex-Eat" design, as it's called, is different from the actually-in-use design of that social distancing restaurant in Amsterdam. The Dutch design is aimed at couples or families dining together, i.e. people already exposed to each other; thus their approach aims to protect the staff from the diners and vice versa.

This design, in contrast, aims to protect the diners from each other as well as the staff. That's admittedly a tricky undertaking.

First off, these pendants would obviously need to be cleaned between seatings. Have you ever tried cleaning anything that swings? And when you're trying to disinfect surfaces, corners are your enemy. Having the sidewalls meet the top at a nearly 90-degree angle doesn't seem like a great idea. 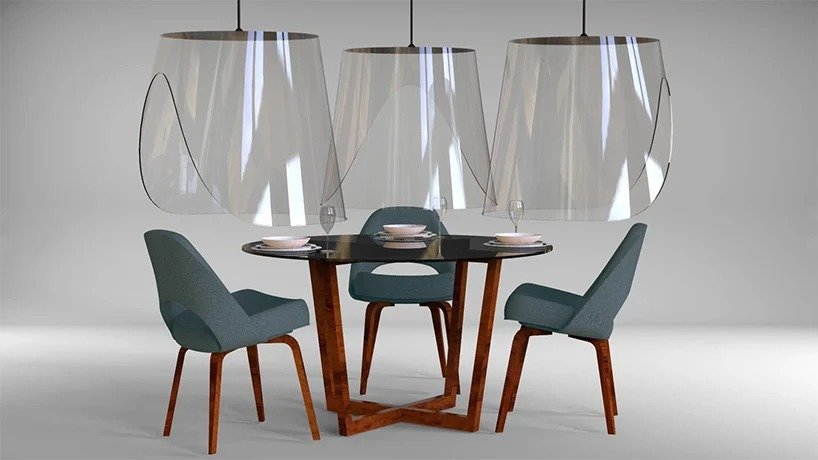 Secondly, as rendered, they wouldn't hang in this manner. Removing material from the back to create the entry point means the pieces would be front-weighted and would all be listing towards the center of the table. 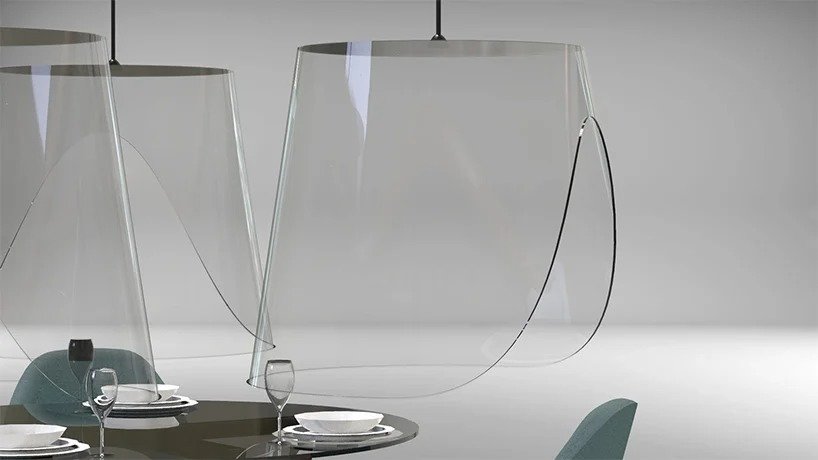 The two criticisms above assume it's hanging from a cord, which is shown in this shot: 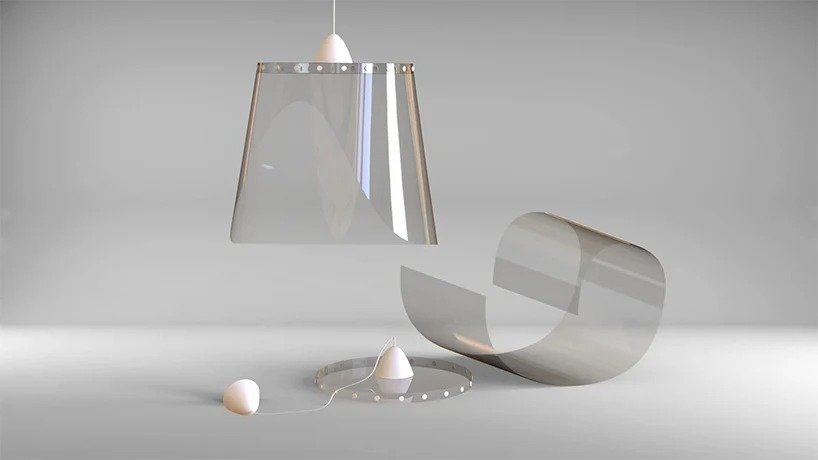 If it was instead hanging from a stiff rod that goes up to the ceiling, which is presumably 10 feet or more, that would raise mechanical problems. Accidentally knocking into the pendant, or putting pressure on it while cleaning it, would place leverage and stress on the connection points on either end of the rod. I'd like to see the design of such connectors, particularly the one that contacts the top of the shield that would somehow not fracture it under stress.

You can see that there's only three chairs in the photos, arrayed at 120 degrees. Were it the ordinary four chairs at 90 degrees, there'd be no room for the server to access the table. 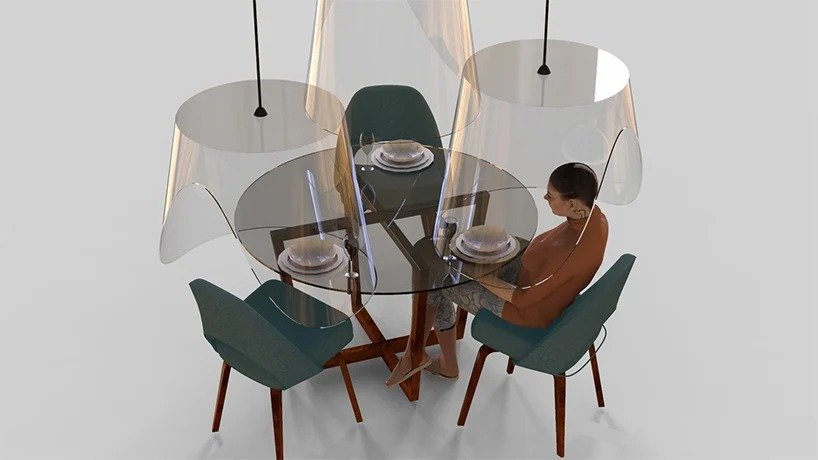 I'm not trying to highlight the absurdity of the design as much as I am the absurdity of the situation here. The notion that we can go out to restaurants, amidst a pandemic involving a poorly-understood and contagious virus, without possibly catching or transmitting it, seems like a pipe dream.