Eli Harris built his portable battery company hoping to support humanitarian projects. To make that scalable, he developed a product that's useful for anyone.

Whether trying to keep the lights on after a hurricane or build pop-up hospitals in the wake of COVID-19, humanitarian and disaster-relief organizations face a common challenge: getting portable power to where it's needed most urgently.

Eli Harris saw this first-hand working on public safety projects as a founding member of DJI's Enterprise Drone team—then set out to make a clean-tech power storage company to help address the need. He soon found his challenge would be scaling production to make the devices truly affordable, and so his team developed a product that would be just as useful for campers, photographers, drone enthusiasts, or families safeguarding against home power outages as it is for global disaster relief initiatives.

His first Kickstarter project, for the DELTA generator, went out not just to thousands of backers but also ad-hoc hospitals in Wuhan. His latest Kickstarter campaign, for the EcoFlow R600, moves the company even further along with its mission to bring affordable power to everyone. 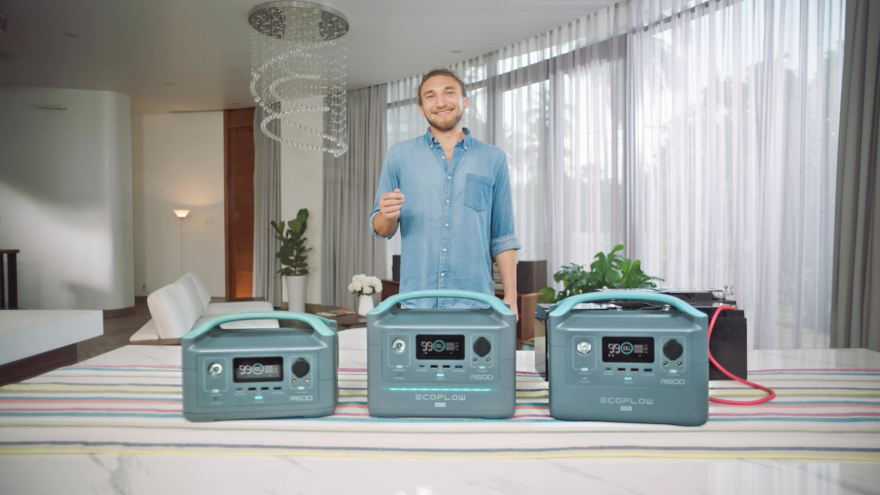 The EcoFlow R600 is live on Kickstarter now.

Tech to the rescue—so long as it's charged

Harris first saw how important portable batteries can be while working on emergency and disaster relief projects at drone company DJI. Over two years, he traveled to more than 15 countries researching and testing how drones could support projects like search-and-rescue missions.

"I met with firefighters and search-and-rescue teams, and we did mock missions with drones in the mountains, seeing how we can efficiently map large areas of land with drones to look for missing persons," Harris says. "With drones' thermal cameras, you can see through smoke, you can find people at night, because their body heat, especially if they're in snow or water, will show as a stark contrast. But one thing I realized through all these collaborations was that the use case is so different from a consumer hobbyist flying a drone for 20 minutes taking a selfie. If you're trying to look for a missing person, you've got to keep the drone in the air for hours, and battery life becomes a huge issue. On these mock sites, there usually was a command station, and they used these gas generators that were really hard to even get out there in the first place, were loud, smelled bad, needed fuel, and can't run indoors. So if you're on an avalanche rescue team, to use the power you have to be out in the snow, you can't bring the generator in the tent."

His team started building a drone recharging hub with DJI's Battery R&D team to solve the problem. And the more they learned about generators, the more they saw how a clean, solar-charged battery could apply to a much wider market. "It could be critical for running all the equipment in these disaster tents," he says, "and by using a battery instead of a fossil fuel, you're not only being environmentally conscious, you're actually making the product much more versatile, because the use of the gasoline products are limited."

Eventually Harris and Bruce Wang, the director of battery R&D at DJI, split off to develop the technology further as EcoFlow. "We wanted to build a product that would dethrone the gas generator, and that's still what we're trying to do, to make this product as ubiquitous, and affordable, and accessible as a gas generator—and even more effective."

Clean energy for all

Ubiquity, affordability, and accessibility tend to be a package deal. To realize their vision of serving disaster relief efforts and the public good, the EcoFlow team saw they'd need to create affordability through scale.

So over the course of their two Kickstarter campaigns, they've worked toward creating modular, flexible power units that can serve photographers, campers, electric car owners, and well-prepared families as well as disaster relief groups. 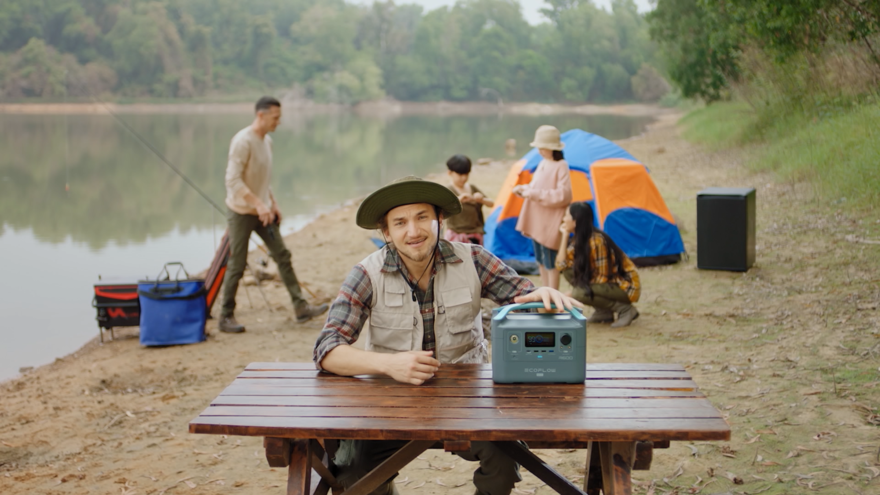 The EcoFlow Kickstarter video addresses potential consumers; the ultimate aim is to make the product affordable for disaster relief orgs as well.

"We've made it a really low barrier to entry," Harris says. "The base product stores a significant amount of energy, almost 400 watt hours, and can output 600 watts, but you can customize it with our products or with any third-party products. So we're trying to make it as easy as possible for people to use battery energy storage and renewable energy, and the R600 is our most affordable product to date."

"We're trying to hit a certain scale, so that we can be more philanthropic as a company," Harris says. He hopes that releasing products to the wider public, like he's doing now through his Kickstarter campaign, will help the company get units into disaster preparedness kits and do more philanthropic projects.

When Hurricane Maria hit Puerto Rico, they donated 45 units to prefab hospitals. This spring, they were able to donate 200 units to pop-up hospitals in Wuhan, the original center of the COVID crisis. Harris hopes to be able to expand their impact further over time—and despite the horrors of the pandemic, he sees this as an opportunity to redefine business in more human terms.

"I think there needs to be a fundamental change in human behavior after this," he says. " I think there's going to be a more evolved human consciousness in terms of how we interact with each other, with the environment, and I'm hopeful that this really tragic pandemic is going to create a lot more awareness that companies do not exist for their own profit. They exist to scale technology that can improve people's lives, to solve societal problems in a sustainable way, to scale with intention and create a better world," he says.