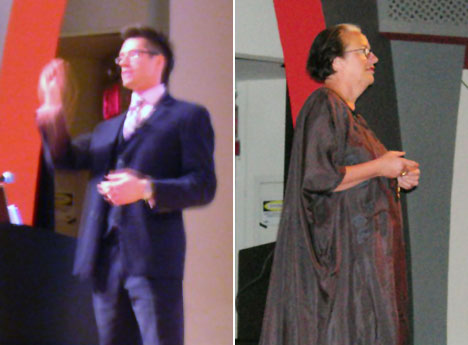 What happens when a PhD materials scientist and a fashion trend forecaster get together to predict the future? Sounds slightly far-fetched, but this was exactly the premise for Left Brain/Right Brain, a Design Week-concurrent (but not -affiliated) presentation held at The New School in Manhattan earlier this week.

Andrew Dent, Material Connexion's chief materials librarian, formed the Left Brain part of the show; Li Edelkoort played Right -- for those not familiar with her stuff, she heads Trend Union, a trends, colors and materials forecasting group, and judging by the turnout and price tag ($300 for two and a half hours), enjoys much respect in the fashion and architecture communities she serves.

Dent's half consisted of a rapid rundown of sustainability-oriented developments in a half dozen different material groups, featuring several choice informational sound bites. For example: -Humans have made more concrete than any other material on earth, and its production is responsible for between five and seven percent of global greenhouse gas emissions.-Compostability and recyclability in plastics are almost always diametrically opposed: as one characteristic is optimized, the other typically suffers, resutling in a "bin it or bury it" dilemma for designers trying to reduce environmental impact.

-Eliminating the use of coatings in consumer product design would do more to reduce their environmental impact than practically any other advance, both in production toxicity and improved recyclability.

Edelkoort's talk was, as expected, much more conceptual: no sound bites, and very little text at all, but plenty of genuinely provocative prediction. Forecasts were frequently based on the synthesis of apparently opposite human desires: greater connection with nature, but greater opulence; more space, but less exposure; increasing urbanism, but a growing fondness for the bucolic.

This last pairing connected the two presentations in a surprising but totally believable way. Dent pointed out that dwindling resources in the world's mines and oil wells means the infant industry of biopolymers will eventually outstrip currently conventional production: plastics from corn are already a reality (though suffer the same unfortunate side effects as biofuels), and given the youth of such development efforts, 40 years down the line could well see us making iPods from our yard waste. Petroleum, Dent pointed out, is in fact biologically derived, it just did its decomposing a long, long time ago.

Edelkoort took it several conceptual steps further, explaining that the source of most of the world's future resources, and by extension, power, will be the farm. Not just food, she predicts, but clothing, consumer goods, building materials, and much of the fuel we use will be biological, giving rise to an agrobusiness elite with the wealth and clout of today's oil companies. 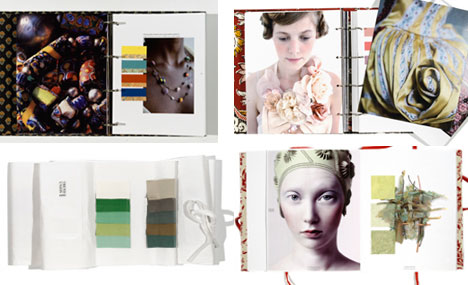 If all that's too grand and abstract, consider some of the more specific predictions: luxury farms with hyper-modern neo-traditionalist farmhouses; high-rise urban farms that produce food only for the immediate neighborhood; and plenty of photographs of sleek/shabby urbane barns and rustic central city lofts combining countryside palettes with minimalist box forms. Sounds silly, until you look up and see that it's already there -- Li's presentations are masterpieces of persuasion through subtly juxtaposed images. If you get a chance to see her speak, don't miss it.