Unsurprisingly, this is the latest crowdfunding smash

It's starting to seem like designing a fancy litter box for cats is a surefire path to success. This is the third one we've seen in the past four months that's struck crowdfunding gold. The Aimicat "Automatic kitty litter cleaning companion" rotates like a cement mixer that drops cat doodie (but not the litter itself) into a smell-proof compartment: 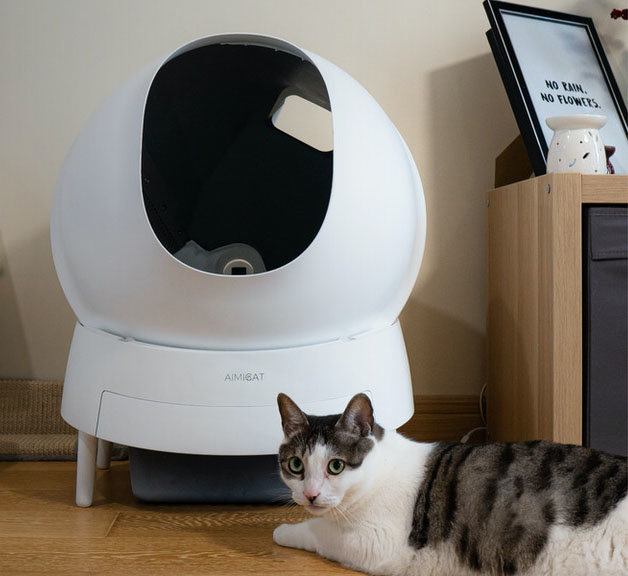 It's checked all the boxes, from the needlessly silly video to gimmickry to the promise of better living with less effort. And for the developers' efforts, at press time the Aimicat had racked up a whopping $370,056 on a $30,000 goal, with 20 days left to pledge.

Design entrepreneurs, I don't know what to tell you. Focus on cats and bad-comedy videos, I guess? At this point "Cats and Crowdfunding" should be a course they teach at design school.