On the Core77 Discussion Boards you can find gems like this one, a show-and-tell by industrial designers with footwear experience. It was kicked off by ex-Nike-designer Michael DiTullo who, on lockdown, began catching up on documenting past designs that had gone into production.

"This was the Jordan Highrise from 2008. I think this was my highest seller at about 300k pairs in the first quarter. It also was the first shoe in a long time in Jordan to have a visible Air Max bag and it also featured zoom air in the forefoot. 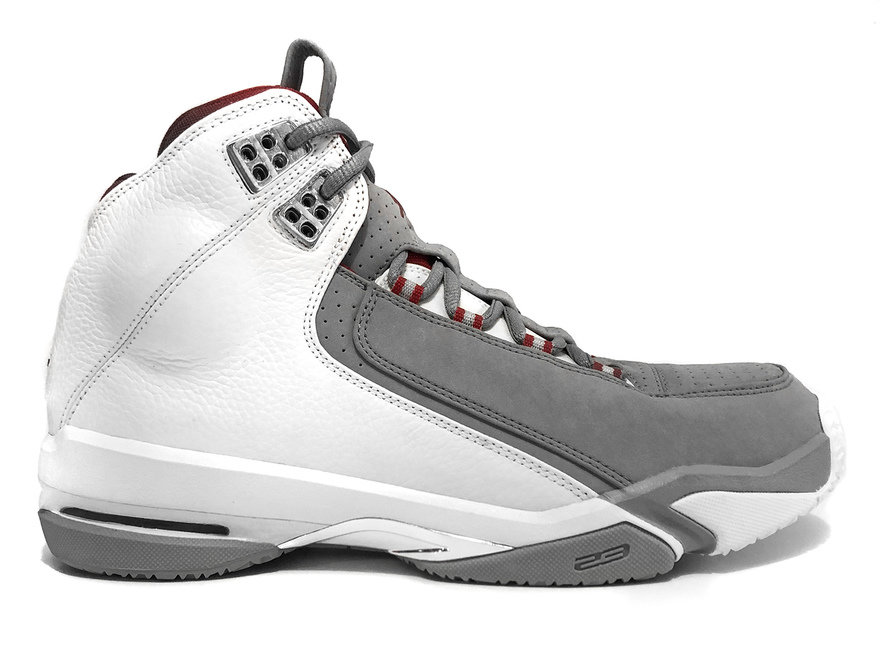 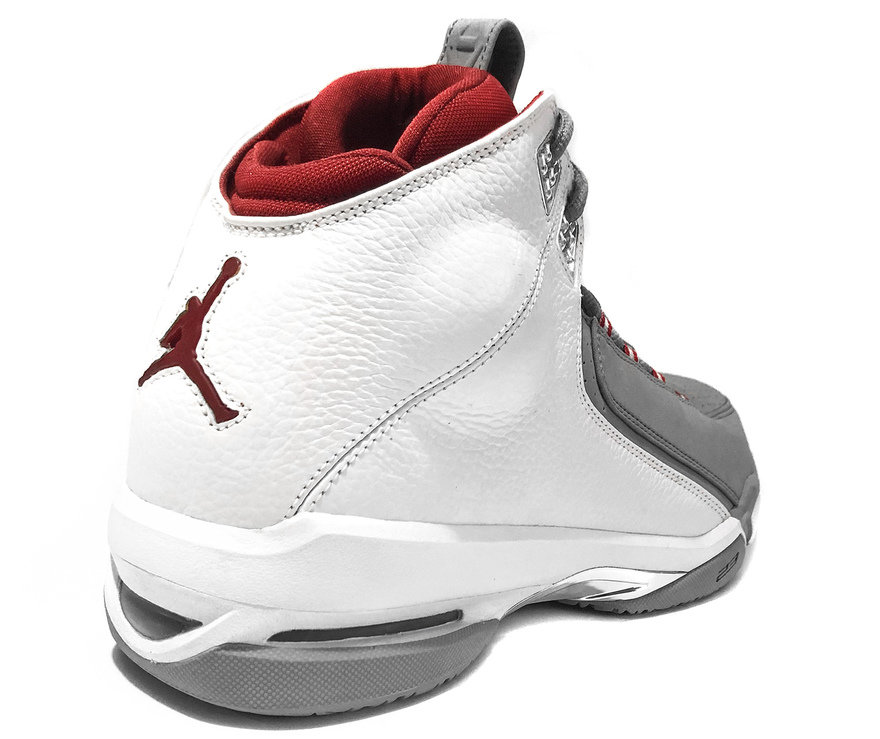 "The icons on the bottom symbolized each of the teams Michael Jordan beat for his championship rings. At the time Jason Mayden and I were on the design team and D'Wayne Edwards was the Design Director and all of us loved those little storytelling details. 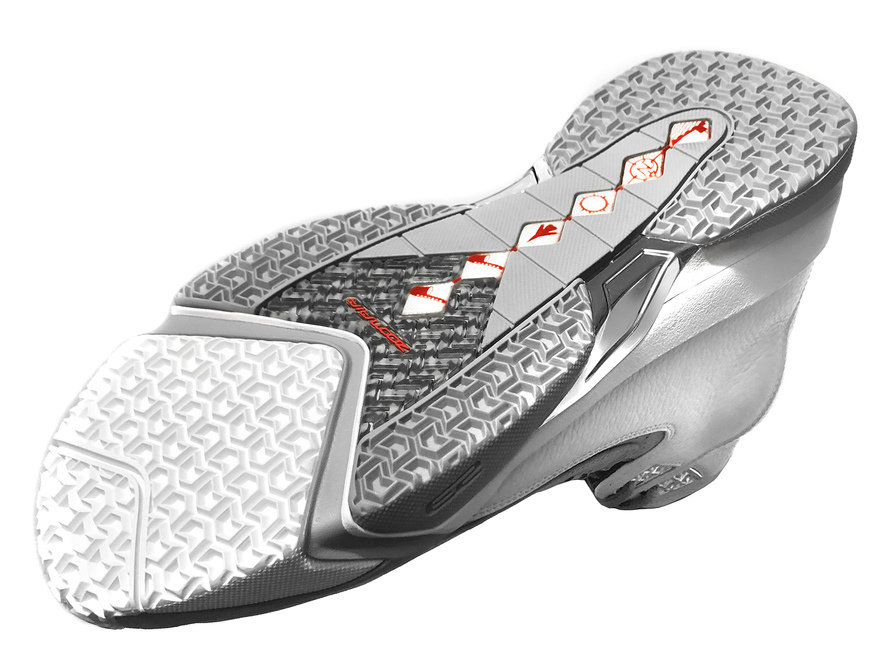 "The factory was not super excited about the laces going under the overlay on the tongue where the Jumpman symbol is welded. I cut up a sample to show them it could be done, but once I saw them producing thousands of them on an assembly line I saw what a pain it was. So for the second quarter when we did MP2 a revised the tongue to not do that so it was easier to produce. Instead it just had two traditional slits for the laces to pass through there instead of going under the entire panel. The effect was 80% the same. Probably only designers would really see the difference. 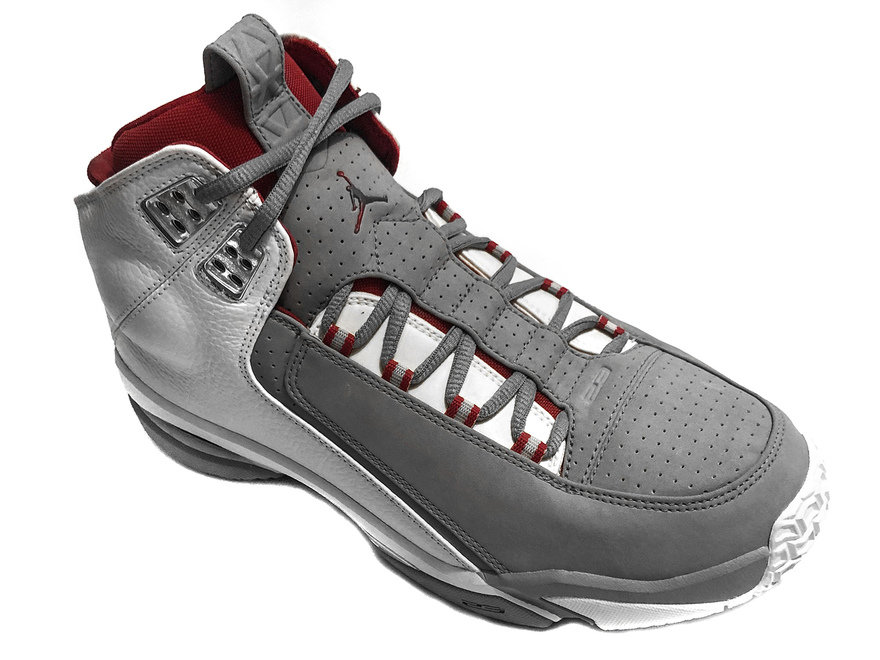 "Also, MJ hated toecaps for some reason, but every once in awhile we could get one on a team shoe like this and he would let it slide. :)" 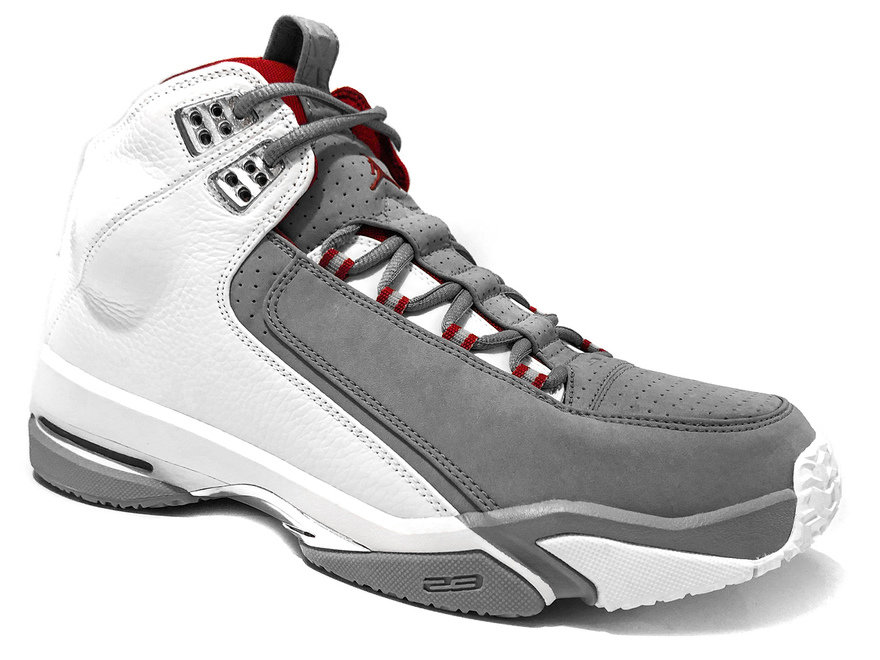 "One of my favorite projects I worked on at Clarks was this 'Lution' shoe. We wanted to see if leather could be molded into a heel cup, and after a lot of experimenting in the factory we ended up with this design. 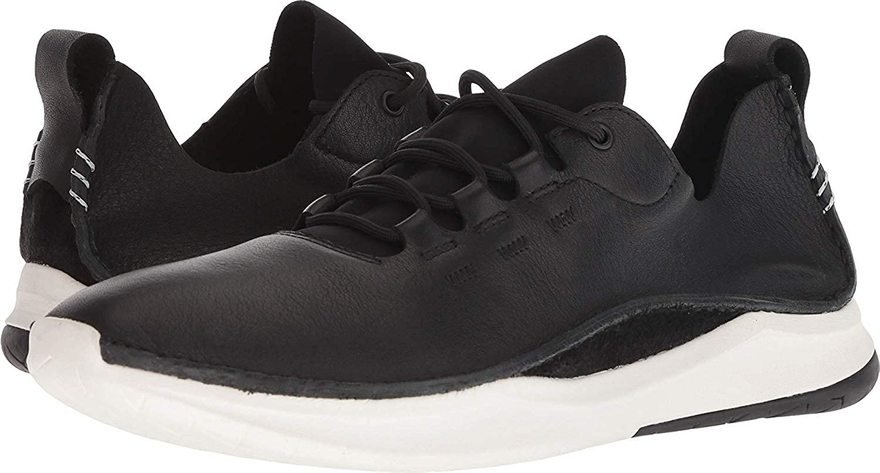 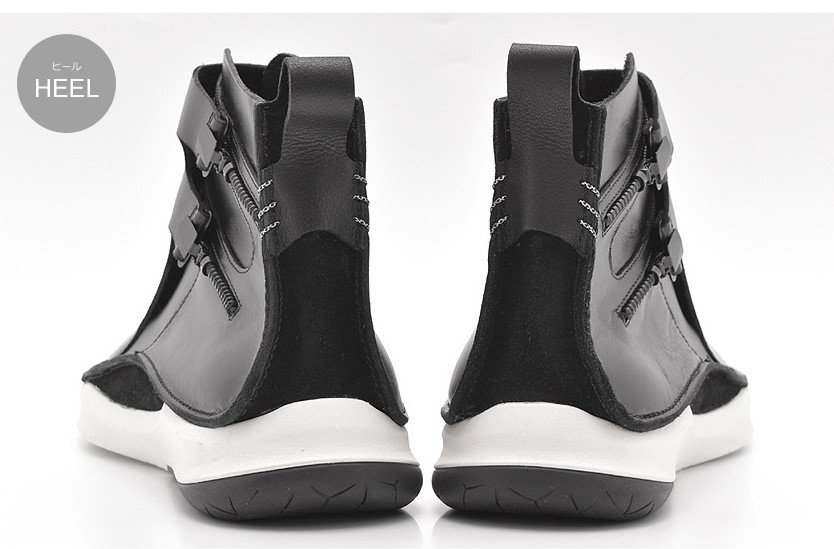 "We wanted to minimize manufacturing steps, and I believe we got this down to 12 steps or so? The butt seam runs from heel to toe so that you're actually standing on the leather (no footbed). EVA midsole with a super soft foam insert and rubber pods for the construction. We all felt like we were onto something special, but boy was it a pain to get made!" 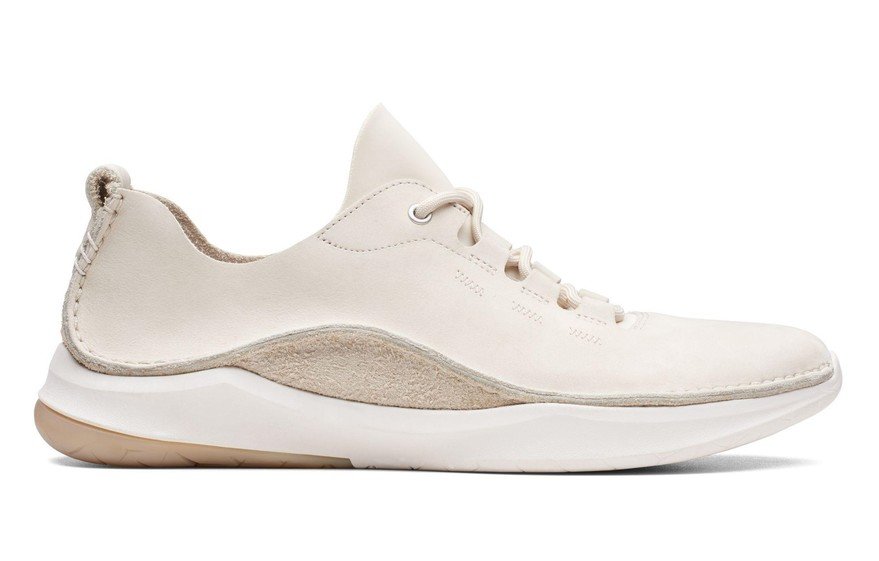 Richard Kuchinsky, Principal/Founder of the Directive Collective design consultancy, shares about his time with SKORA:

"Here's my first (released 2011) and last (released 2015) shoes for SKORA. I created the brand and did all the development, packaging and marketing on the project.

"FORM was one of two first models for the new minimal performance running brand. The design was really a challenge to the status quo of what running shoes look like and how they are built. 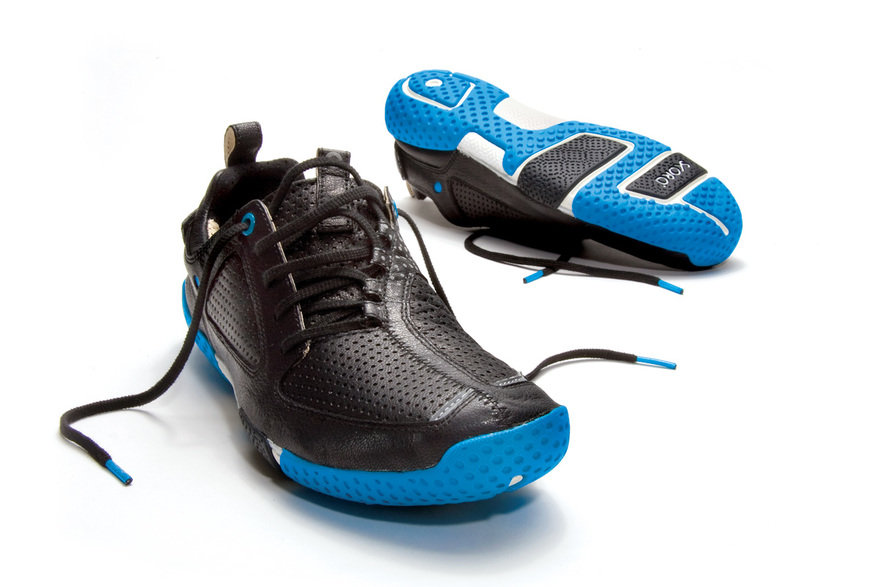 "The outsole and tread is very different from traditional running shoes and features a rounded heel, and concave forefoot to mimic the foot, under a zero drop EVA midsole. 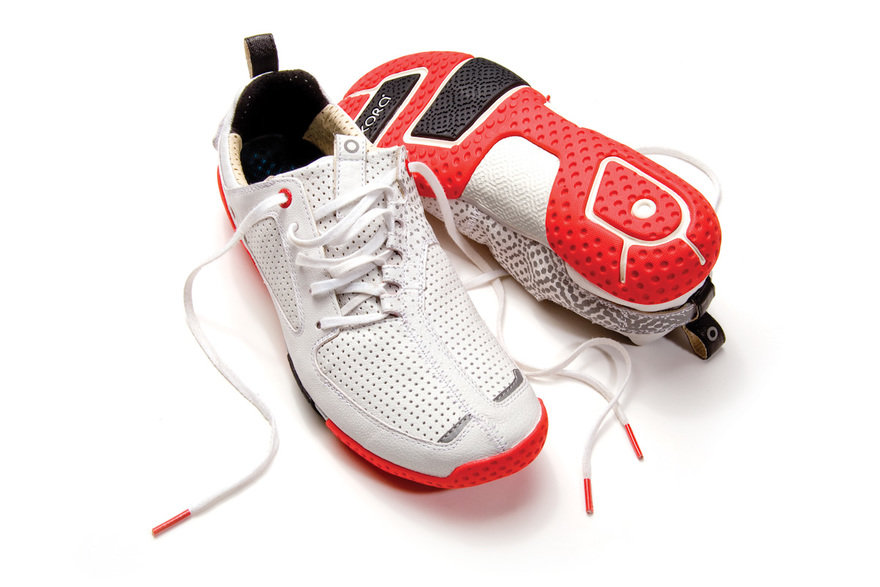 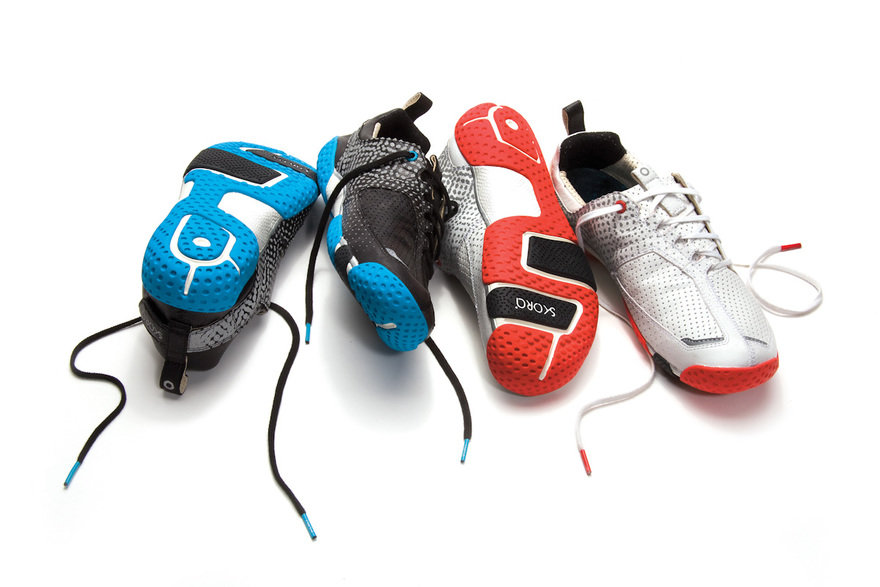 "The upper is 100% leather, using Pittards performance goat leather over sheepskin lining. The shoe was designed to literally fit like a glove (the sheepskin leather is traditionally used for glove making) with asymmetric lacing, velcro heel pull and custom last shape. 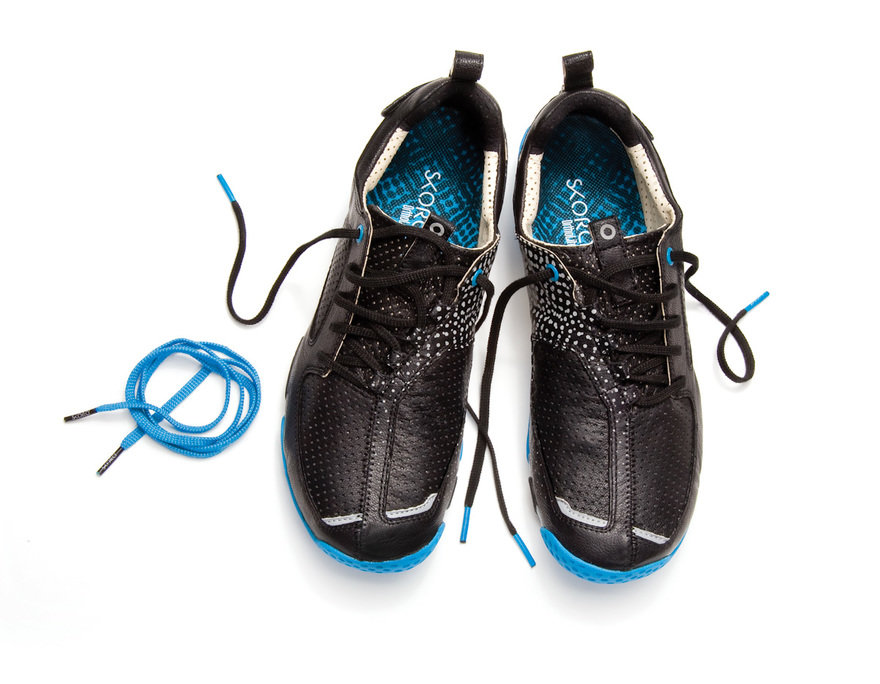 "TEMPO was the evolution of the brand language and performance construction. While still zero drop, the CM EVA midsole has more cushioning, and with a more minimal co-molded rubber tread design. 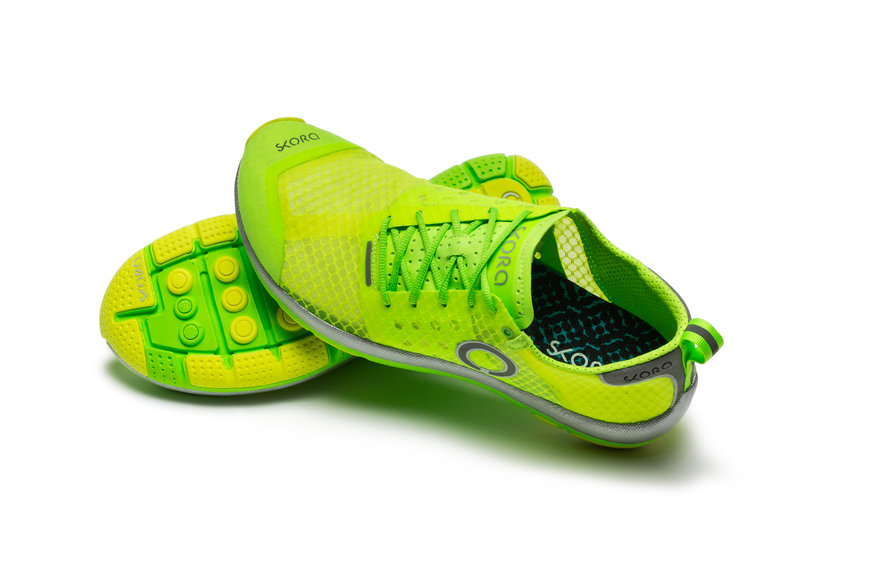 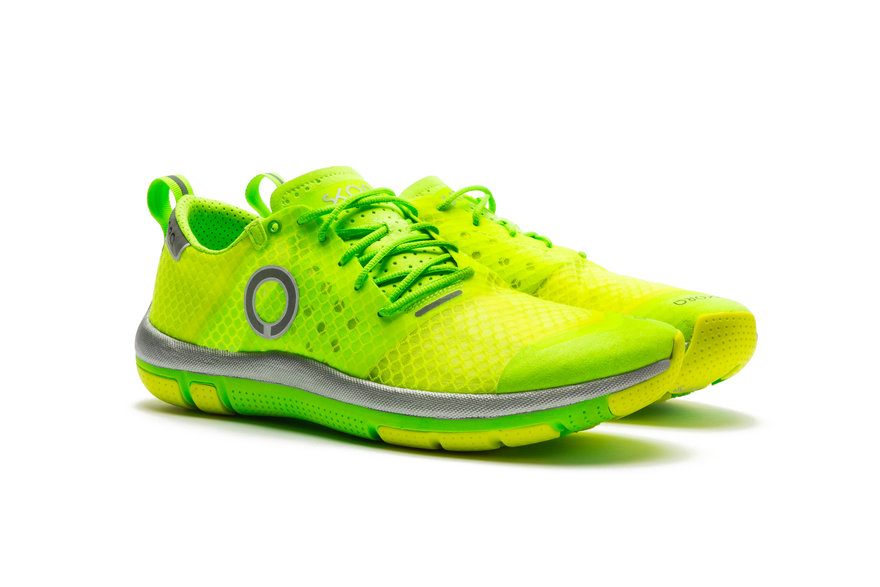 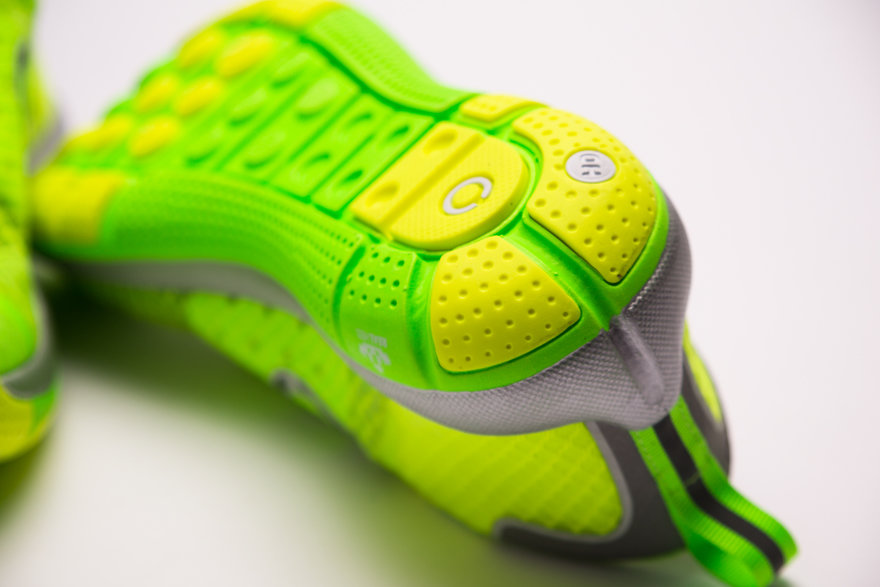 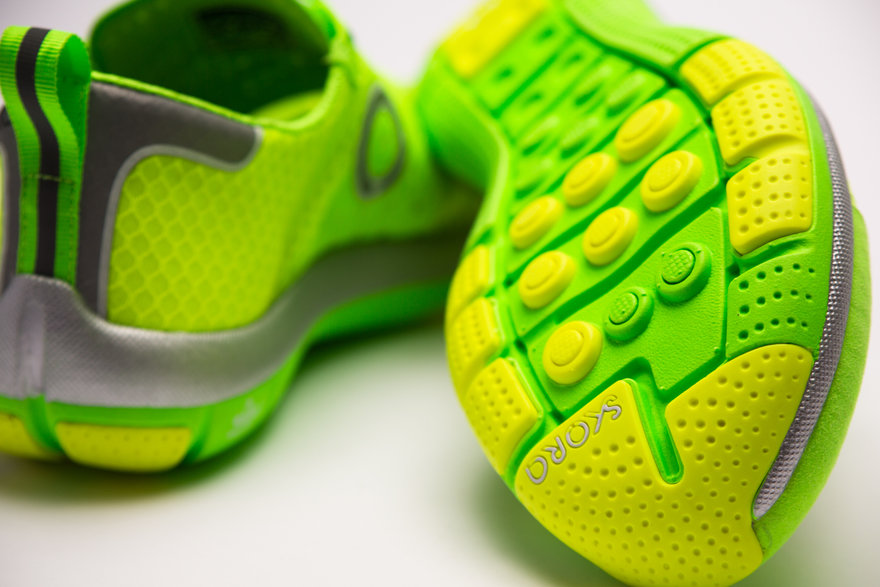 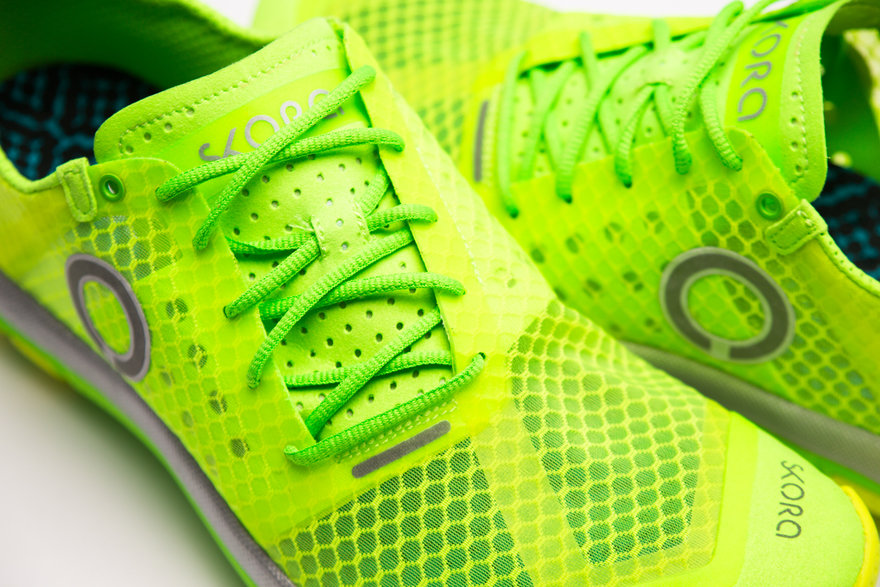 "[In addition to those two models,] dots were part of the brand design language from the beginning. A moire pattern was a part of the brand DNA and used on everything from posters to boxes to outsole tread to insole patterns and 3M reflective print patterns and across different models. A few more examples below." 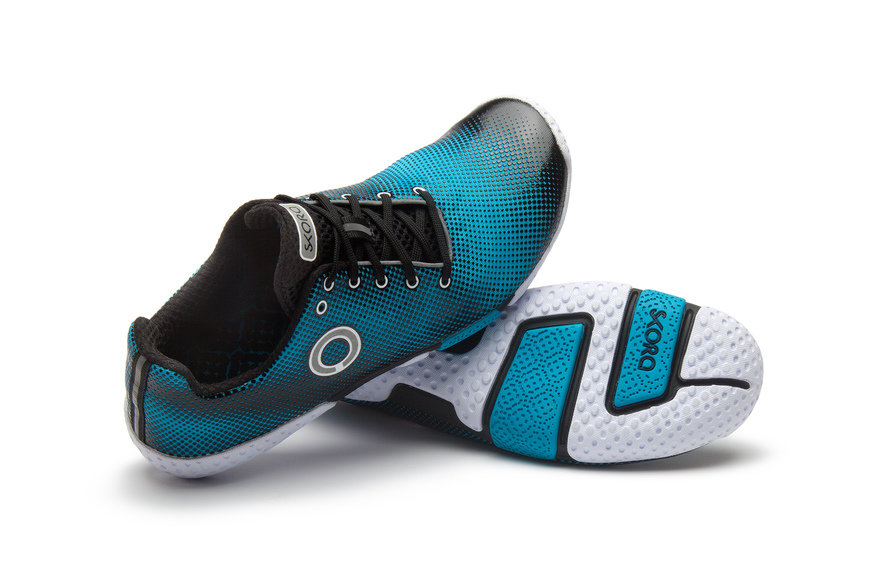 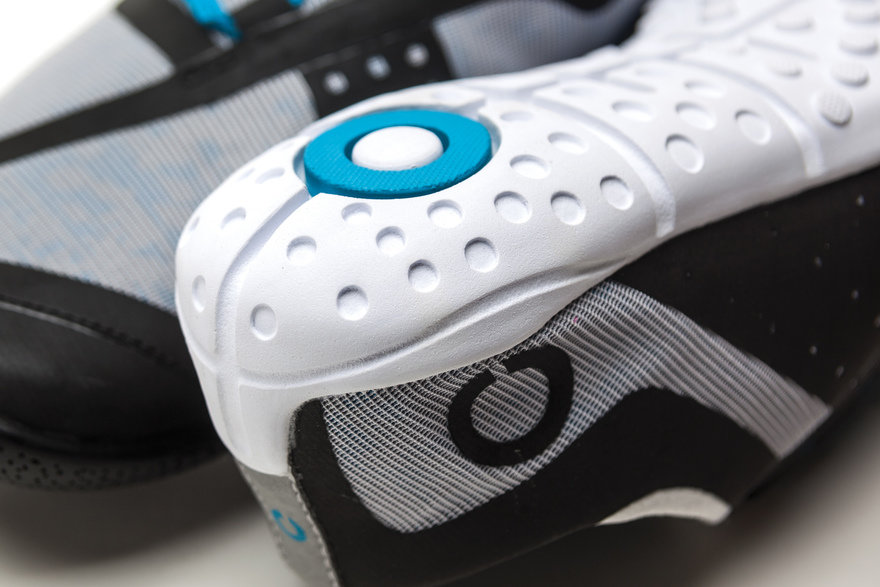 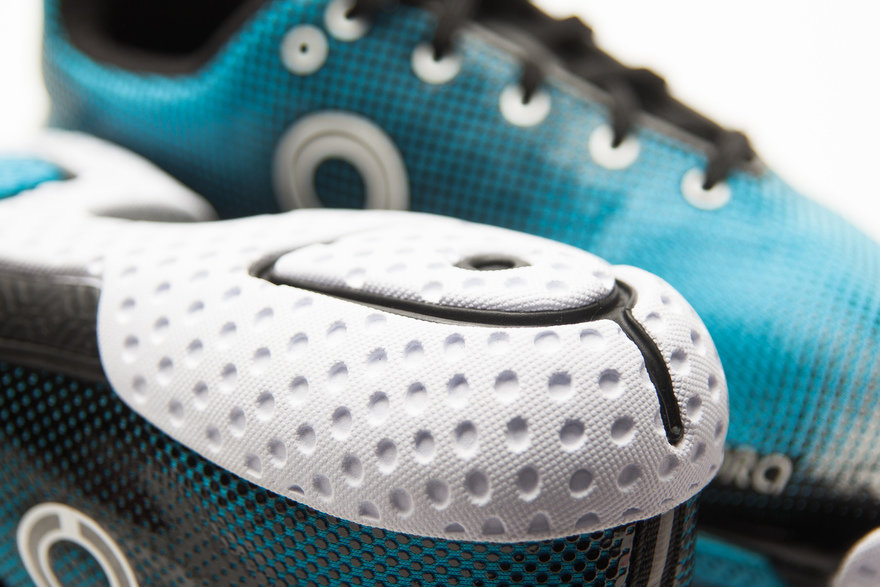 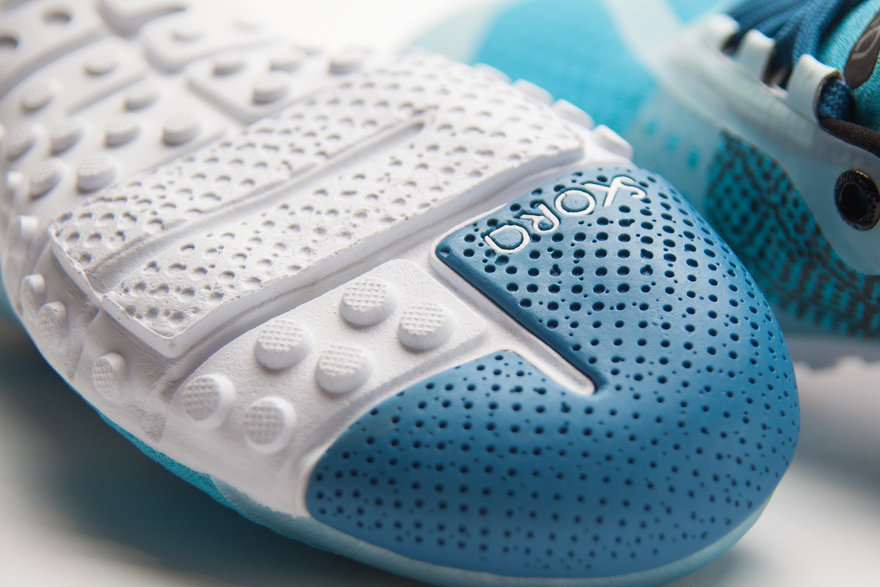 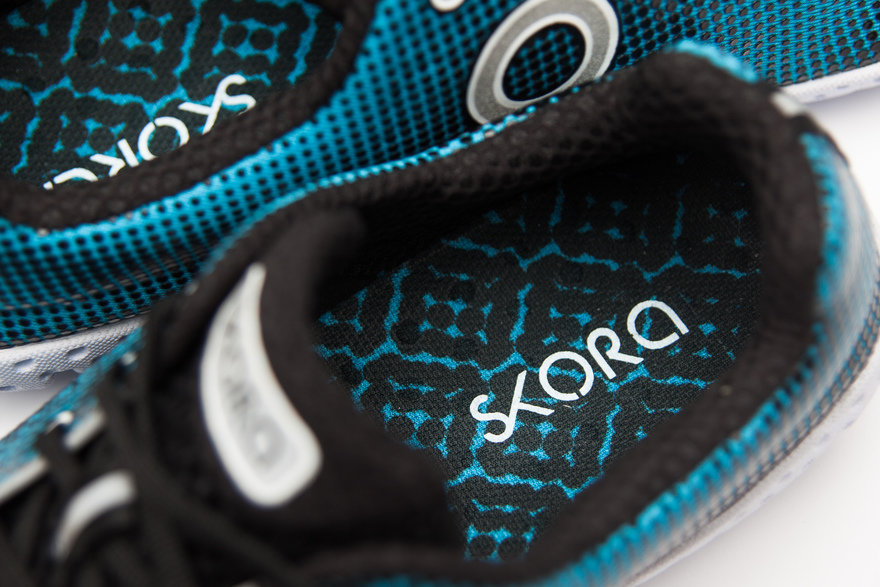 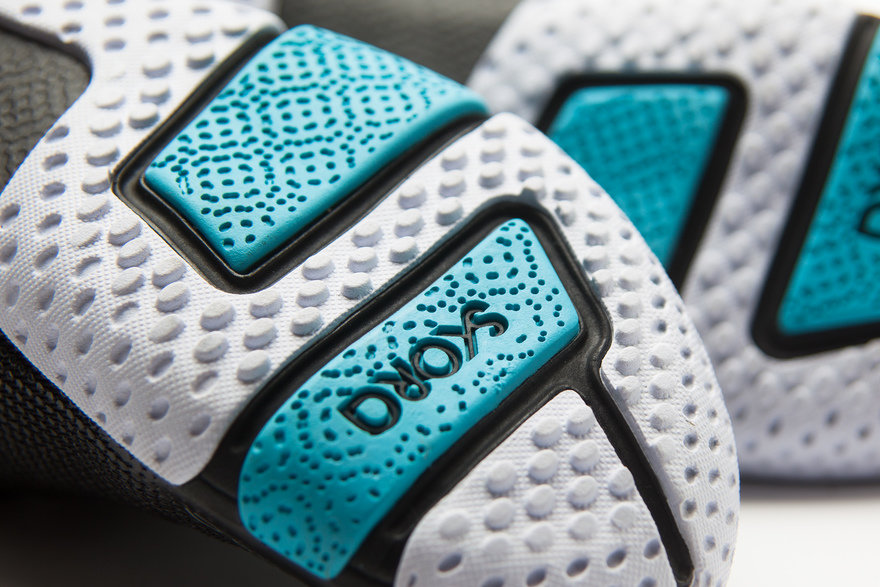 If you've got your own footwear story to share, jump in.