If the past weeks of protest plus the months spent working from home are any indication, the need for virtual design events and general community organizing is crucial in this moment. But it's a confusing time for anyone planning an event now that the traditional rulebook for them has been thrown out the window.

There are still many organizations out there giving event hosting a shot, one of them being the Design Futures Initiative (DFI), a non-profit organization focused on promoting speculative design. DFI is responsible for the PRIMER Conference, an annual meeting of speculative futurists and foresight practitioners. Their next conference takes place June 22-27, promising a variety of discussions relevant to those who see the promise of design unlocking future change. "[At PRIMER 2020] we're talking about inclusivity in futures and finding ways to get beyond the mainstream tools and perspectives in the practice," noted PRIMER2020 Host City Chair Travis Kupp in a recent interview. "That includes Afrofuturism, feminist futures and non-binary gendered futures. We'll talk about futures from a global perspective and really try to, again, break free of predominant Western perspective by including voices from Africa and from Asia and elsewhere. We also talk about how futures affect society and civic institutions." 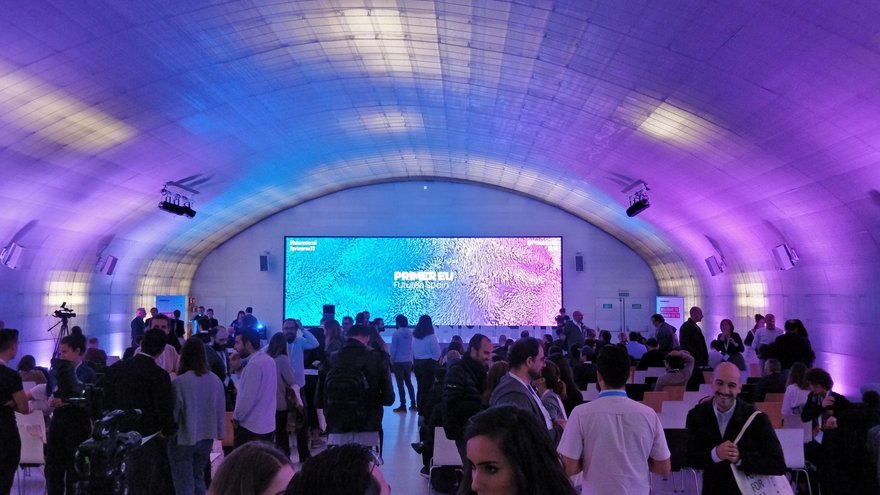 PRIMER holds conferences and events around the world—pictured here is a recent PRIMER EU meetup in Madrid, Spain

Due to the COVID-19 outbreak, the PRIMER2020 Host City Team and DFI Board of Directors made an executive decision to transition from a 2 day, paid conference held in Atlanta, Georgia to a multi-tiered, by-donation, wholly virtual design event spanning over 6 days. It goes without saying that this was a difficult decision to make, but the team had a professional advantage on their side: deep knowledge of foresight practices and the ability to use trends and behaviors to anticipate a variety of potential outcomes.

Focusing in on this knowledge, we tapped into the PRIMER Conference's collective team knowledge to ask, how can anyone effectively and successfully shift their events from something physical to virtual while maintaining a sense of humanity and meaning? Here are some helpful tips we gleaned from our conversation.

1. Don't be afraid to hold future events online—it's likely to become part of the new normal

Founder of Design Futures Initiative Phil Balagtas shared that "what I'm pushing for DFI and PRIMER [following COVID-19] is that we always have the virtual component. People aren't going to feel entirely safe in public spaces just yet, so I think there are nothing but benefits from continuing to have a virtual side of the conference." While this online accessibility specifically aligns to the organization's underlying theme of#FuturesForAll, it's likely that this trend will continue on through the summer and beyond, so lean into the new normal.

2. Focus on the opportunities this change brings you that your original plan may not have allowed

A virtual design event also opens up your viewership to a potentially global audience. The PRIMER team realized a benefit to throwing an event online saying, "we see that there's this opportunity to connect a lot more people and a much broader footprint."

Maybe the digital aspect of the event can allow you to address topics on a larger scale, or gives you the opportunity to involve speakers from a number of different countries? Look at the lower barrier to entry the internet affords and let it guide you. For example, the PRIMER team decided upon incorporating not only live content streamed online during the conference schedule, but also a variety of pre-recorded content such as interviews with speakers and facilitators so that conference attendees can access and preview relevant information prior or after the live sessions. 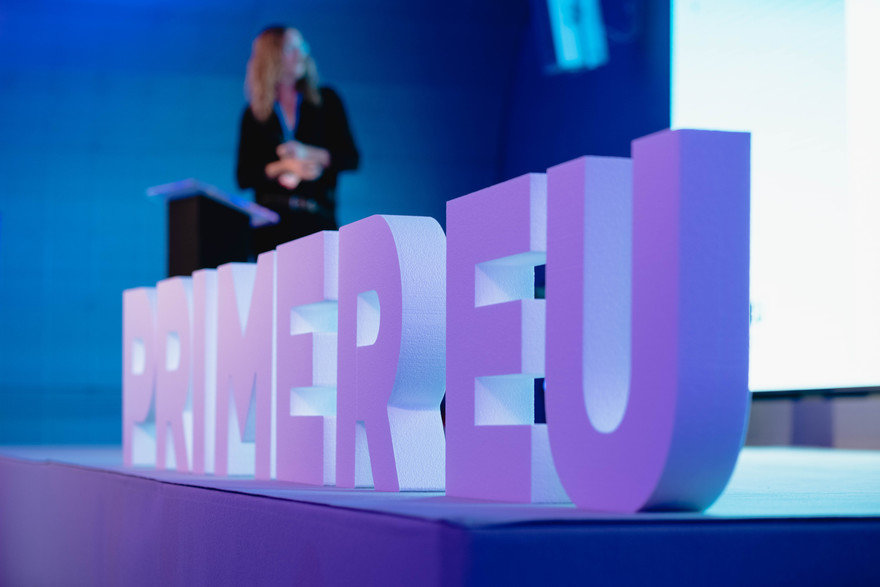 3. Envision different scenarios before committing to a plan

Planning something in the midst of quarantine that takes place in the Fall and you aren't sure whether a physical gathering will be realistic? One way to key into the right thing to do is to pay attention closely to competitors and formulate multiple versions of how to proceed. Phil Balagtas said of the event that they had "several plans in place—one of which was continuing on with the physical event if things were okay by [June], a hybrid situation where we might just be getting out of quarantine so the event would be partly in person and partly virtual, and then the option of fully virtual."

They then keyed in to the world of event planning and made note of trends. As Balagtas mentions, "from the way I saw, we were waiting on a couple of signals from other conferences. Very early on, Travis and the team were looking at other similar scale conferences around the same time period, both within the June range and beyond. So we watched over time and noticed people's strategies shifting."

4. Considering accessibility should be top priority

When considering transitioning to virtual, there there is a temptation to go above and beyond to create a cutting-edge virtual design event. During quarantine, video game platforms like Fortnite have held virtual concerts and the idea of using VR to render one's self into virtual space is certainly creating a buzz in the news.

But if you want your information to be available widely, accessibility must be a top priority. Kupp says for their conference, the team realized "if we really care about getting these things into the hands of as many people as possible and democratizing futures, we really have to be sensitive to [digital accessibility and literacy]. We might be able to do something very unique and complex, but when it becomes more complex, we are by design making that content more exclusive." So utilize widely available platforms and check out resources like this one by SBCTC's Library of Accessibility Resources so you're up to date on how to make a webinar as accessible as possible.

5. Virtual context makes attendance easier—so aim bigger than you might have previously imagined

While physical meetups allow for valuable face-to-face experiences, they're also time-consuming and expensive. Conferences can also at times lack a global perspective due to their need for audience members and speakers to be present in one space at one time. So what, perhaps, can a fully virtual event afford you? More importantly, who might you be able to get involved you normally could not?

A virtual event can be hard to pull off, but can also be a much more democratic medium. "I think one of the interesting things about a virtual conference is that in many ways it does level that playing field," Kupp says. "It's similar to how on Twitter, you might have people with a certain amount of power interacting with people who might not have that same formal authority. My hope in doing this in a virtual format, we can also [engage] some of these experts and people that folks might feel a little bit of hesitation to reach out to and start a dialogue about the future. That they can see this as an opportunity to really approach these people that they might not have felt comfortable doing otherwise."

As an event organizer, invite speakers from across the world and find ways for your audience members to easily ask them questions and engage in more intimate dialogue with presenters. 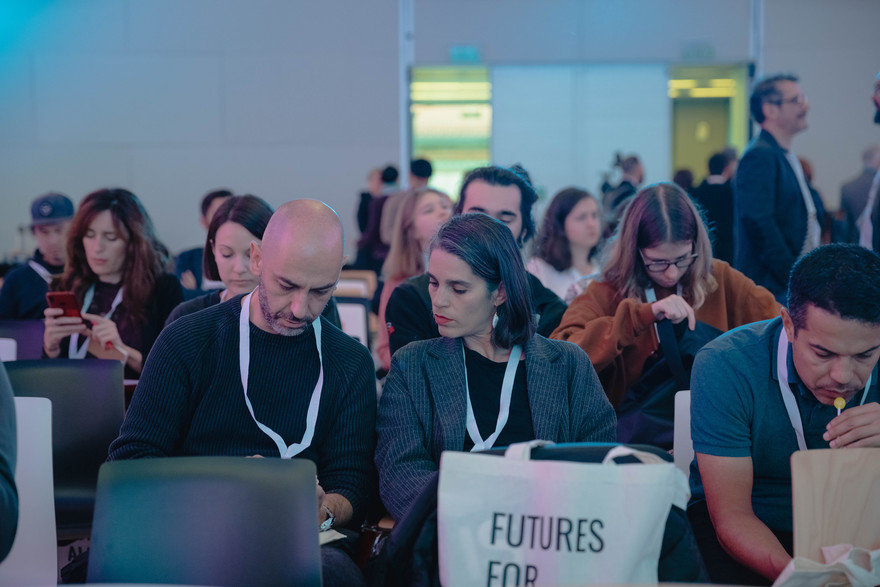 6. Fight Zoom fatigue by building content in a way that allows the community to engage deeply with it

Sarah Hendrix, Design Futures Initiative VP & Treasure, rightfully notes that "the reason why people travel and pay money to attend a conference is not just the access to the content, but it's more about the experience and the connections that are made." PRIMER is as much about networking, collaboration and discussion between attendees from their international community as it is about their scheduled presentations and interactive workshops.

So it was important for PRIMER, in transitioning to virtual, to curate a variety of ways for attendees to engage over the 6 days of talks. The team has intentionally considered how to incorporate "human" social engagement. One such example included virtualizing the conference's yearly Emerging Designer Exhibition, a chance for attendees to send in design projects that highlight the real work speculative designers are engaging in today. During the conference, winners will be selected by attendees, who will then receive different prizes.

While we might be stuck strictly holding events online for now, the world of traditional event hosting will return eventually. However, there's much to be learned from what we do in the virtual realm.

For the PRIMER 2020 team, they see value in what they're learning by pivoting to a fully virtual experience. "When we finally move in the other direction and translate what we've been doing digitally back into the physical, my hope at least is that we take some of those new learnings about what's valuable and how to design human-centered conferences," says Kupp. "That we'll rethink that format and say, how do we really enhance the pieces that we've just discovered are really what people care about, what people are spending the money to be here for?"

Pay attention during your virtual event. What do people really show up for? What's not serving as much of a purpose? Look at these analytics as a way to demonstrate the true value of your services, and transform your physical events to reflect those newly discovered values.

PRIMER2020 conference can be attended at no cost, but tax-deductible donations are being accepted to help off-set the costs incurred transitioning from a physical to digital event. Registration for workshops are also available at $50 each with multi-workshop discount options.