Hot on the heels of Burger King's sombrero-like social distancing crown marketing gag, an art gallery in Paris has implemented something similar, but far less effective. As Reuters reports, visitors to the 59 Rivoli gallery are given absurd-looking "winged" hats with a bizarre history:

The colourful papier-mâché hats are modelled on headgear from the Song dynasty, which ruled China between 960 and 1279, with extensions just long enough to keep wearers the one metre (three feet) apart stipulated in France's COVID-19 regulations.

The first Song emperor is said to have ordered his officials to wear winged hats so that they could not gossip without being heard.

"Back in the day, these were worn to prevent public officials from whispering," Dominique Pouzol, who designed the hats for the 59 Rivoli gallery, told Reuters. "And so, there was already then this notion of social distancing."

But if you look at the hats…

…you can see virtually none of them do what they were designed for. Having "wings" coming out of the sides doesn't prevent anyone from getting face-to-face, as you can clearly see in the video.

I never thought I'd say this: Burger King had the better design.

I know that it's an art gallery and assume these are supposed to be tongue-in-cheek, but it's like, are we taking COVID seriously or not? 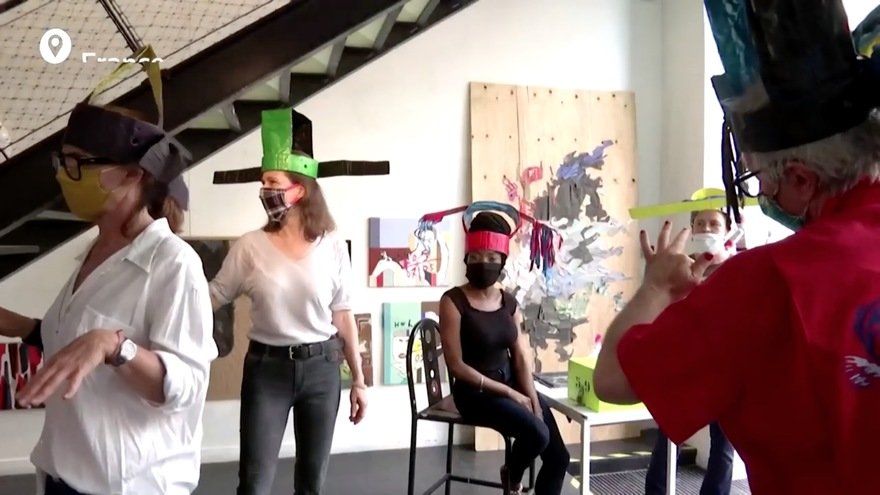 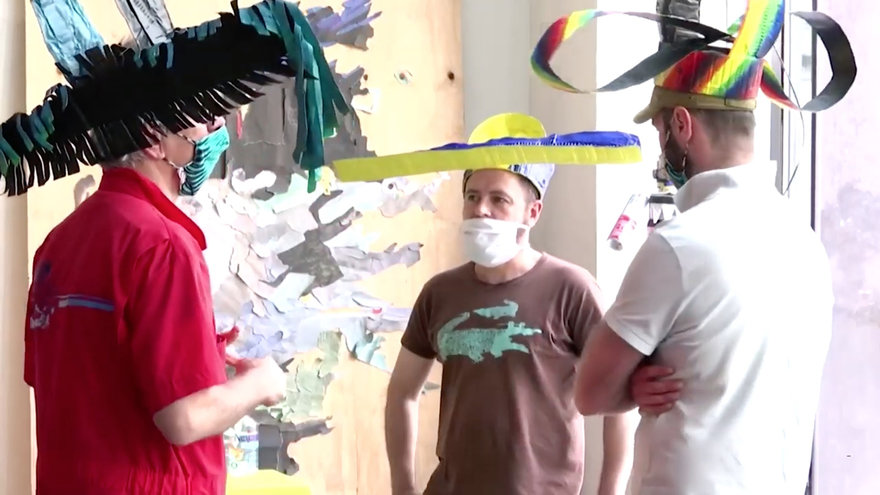 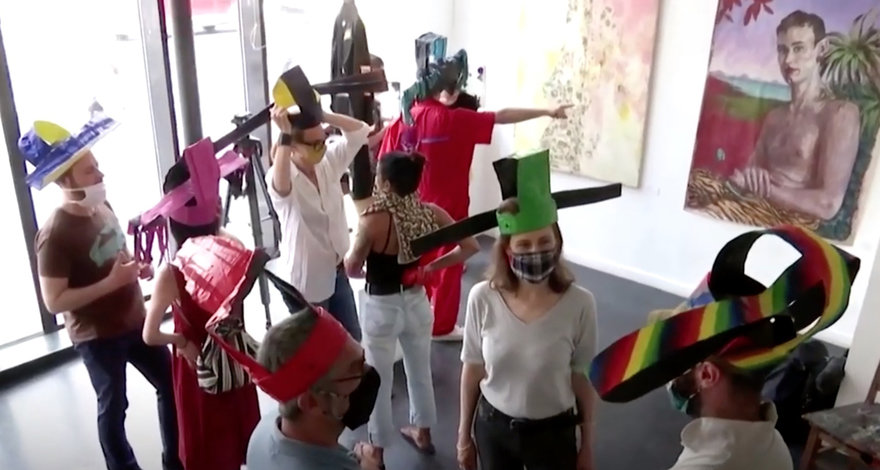