Although we have copious amounts of objects around us, many of us only have a handful of products we genuinely value. This phenomenon raises a meaningful conversation around how we choose to own, value, keep, and pass down certain products.

The Useless Object series is a collection of three artifacts that isolates natural phenomena into tangible interactions. Although inherently useless, its form, material, and interaction explore our complex relationship with the products around us: "Can useless things still be considered valuable? Where do we draw the line between tool and art? Does design always need to be functional, or can it be something else? Can value and desire be intangible? Can it be a feeling?" 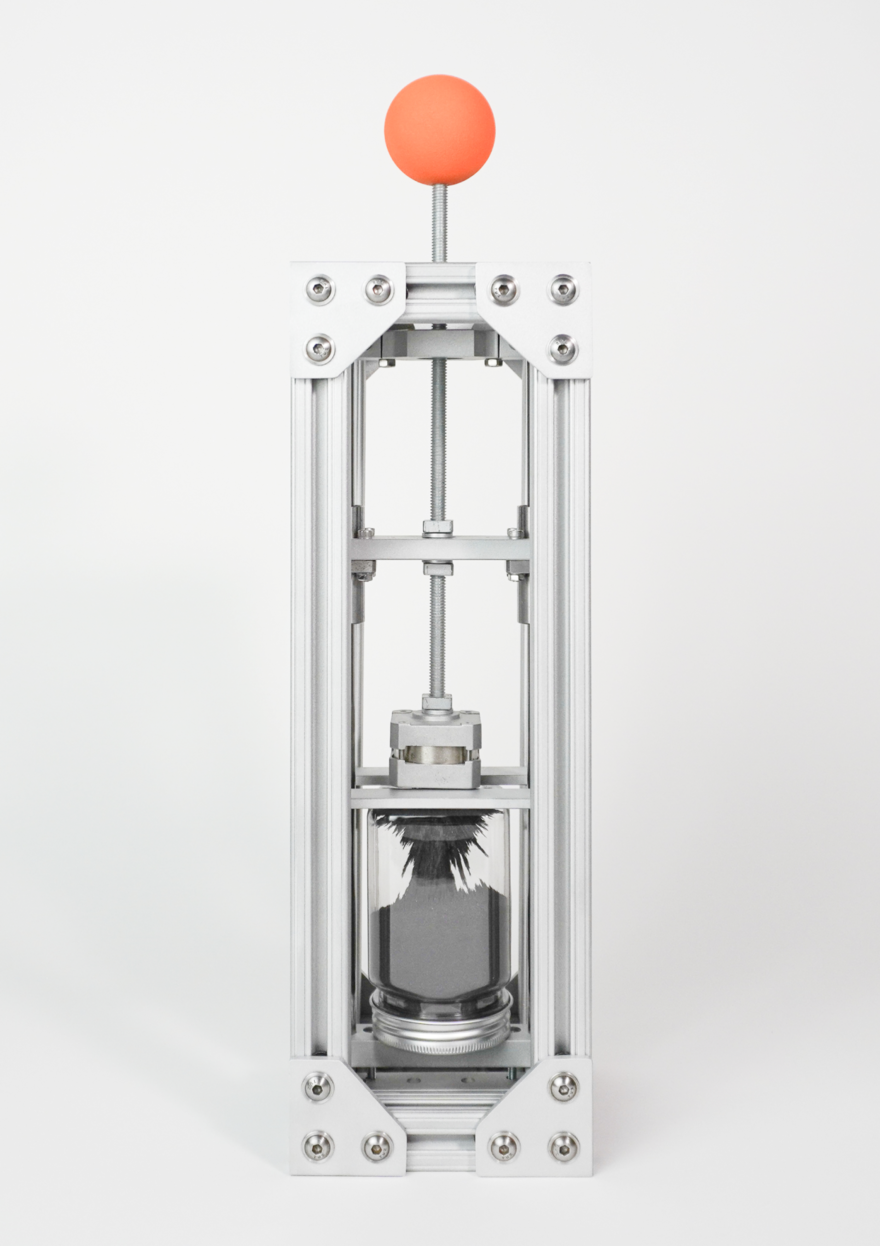 01: Gravity ("lift") The magnet hammer moves up and down, causing the iron filings in the jar to react. The filings visualize gravity as it rises and falls with the magnet. 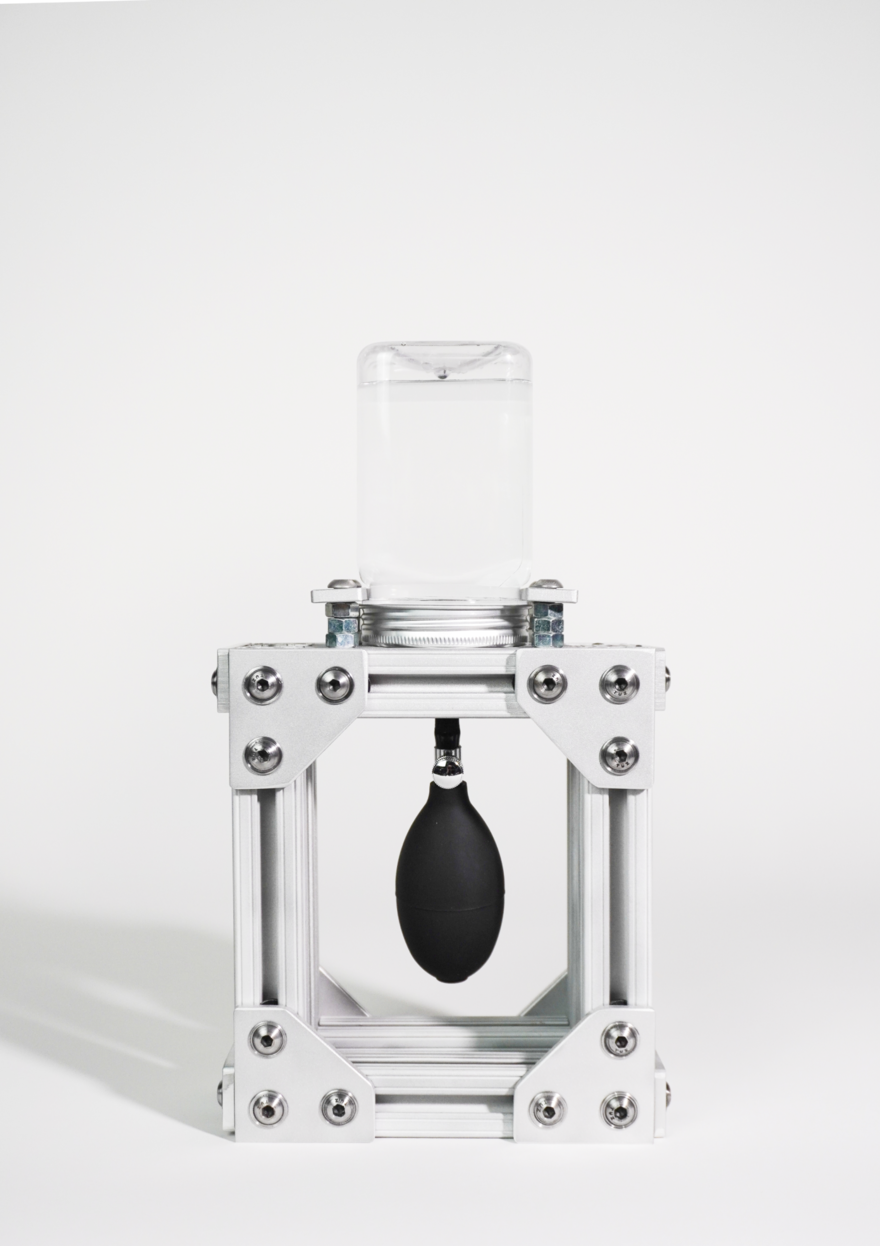 02: Water ("squeeze") The medical pump is connected to a jar of water with a tube. Squeezing the pump releases bubbles, making the water come to life. 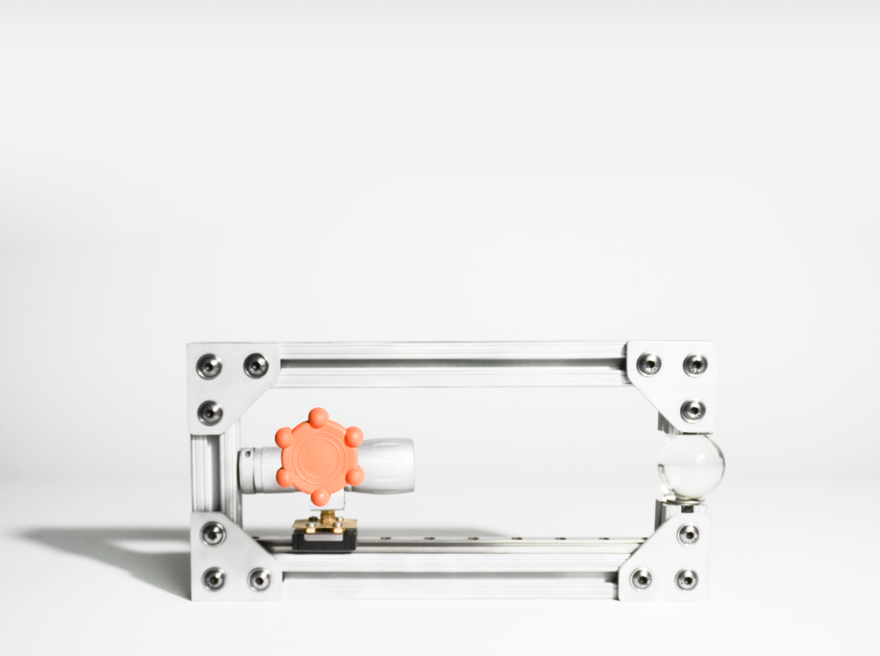 Light ("slide") The flashlight is connected to the rail, warping the light as it passes through the glass ball. The changing distance creates dynamic reflections outside the sculpture. 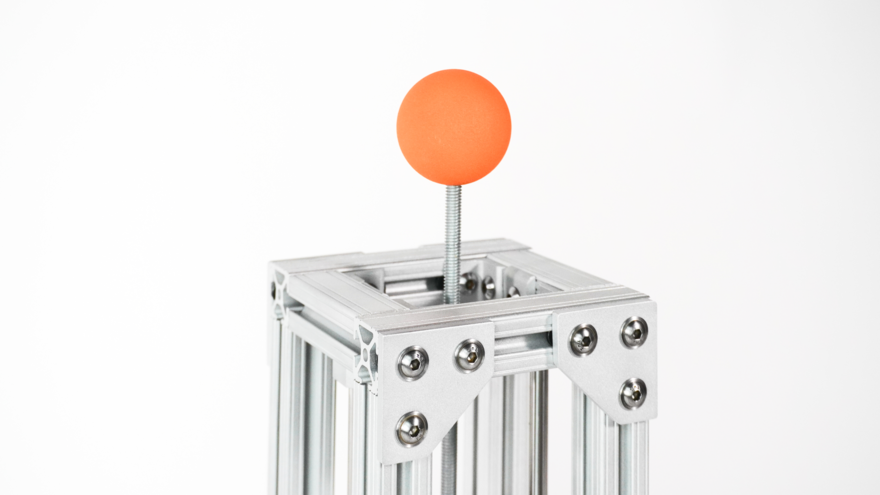 01: Gravity ("lift") The orange handle invites the viewers to interact with the object 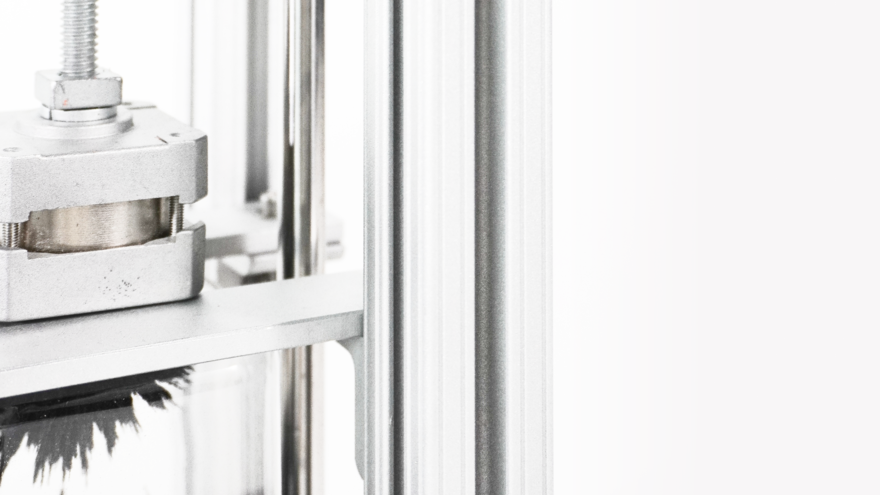 01: Gravity ("lift") The vertical motion structure was deconstructed from a broken 3D printer 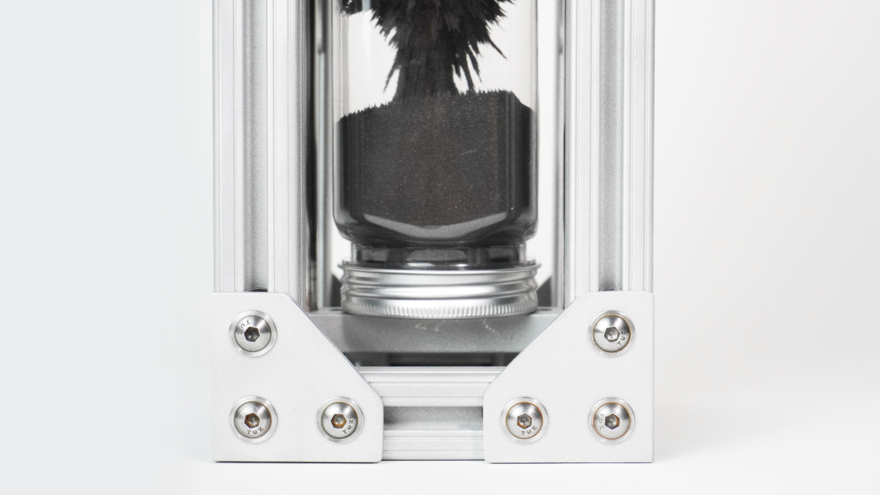 01: Gravity ("lift") The neodymium magnet activates the iron filings inside the vessel 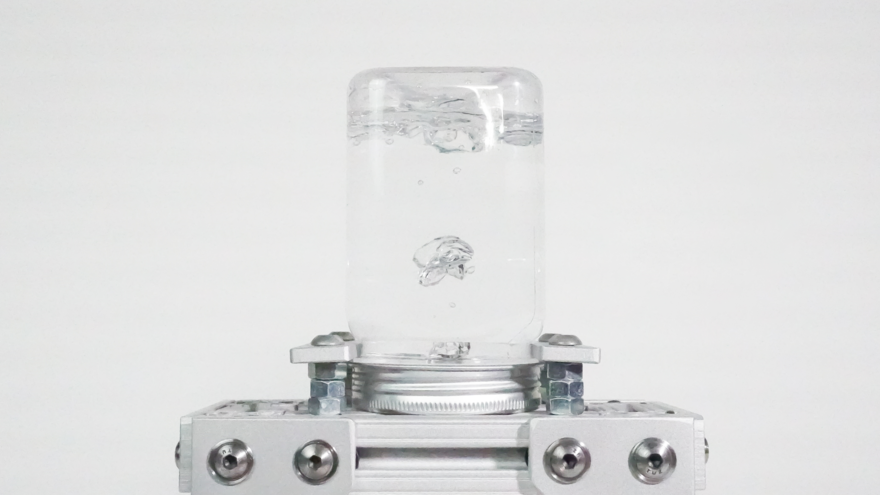 02: Water ("squeeze") As you "squeeze" the air bubbles up to the surface 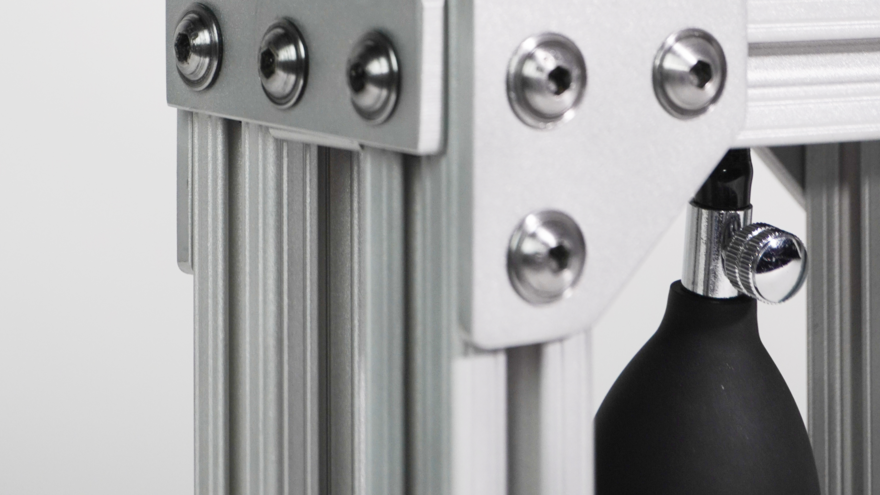 02: Water ("squeeze") The screws were spun with sandpaper to create a "radial" effect. 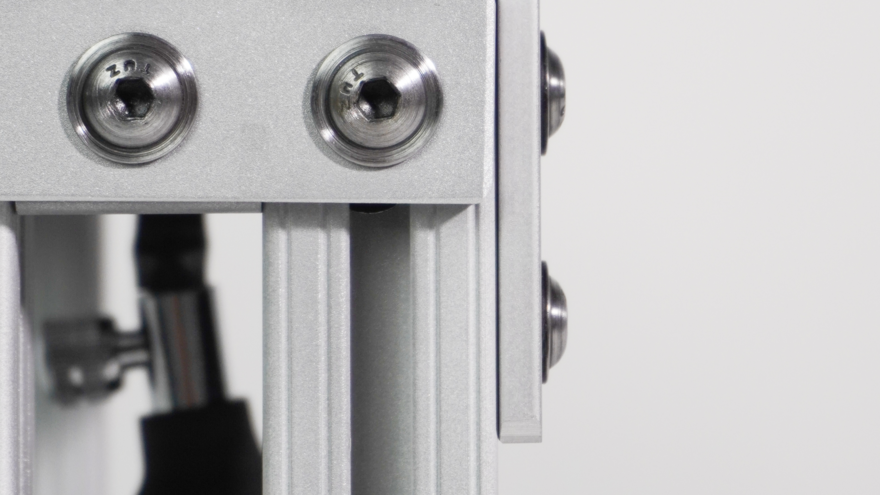 02: Water ("squeeze") Proportions were measured through drawing and sketch models 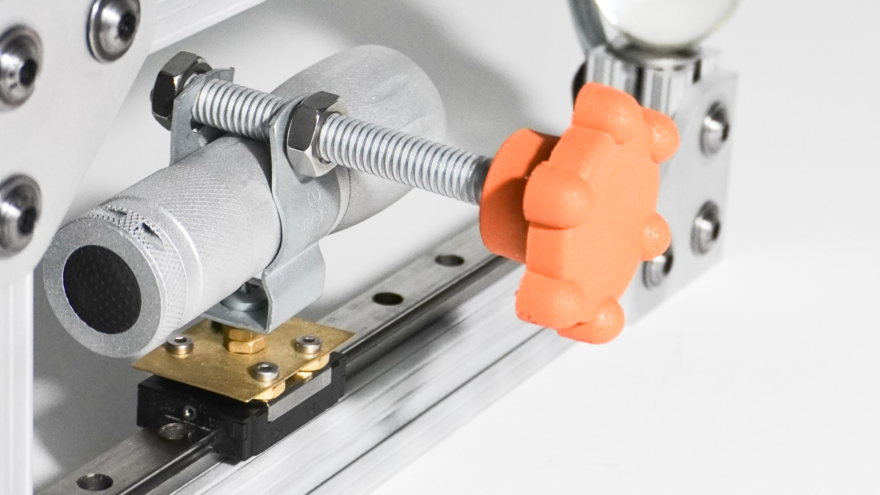 03: Light ("slide") The horizontal motion was resourced from a broken 3D printer 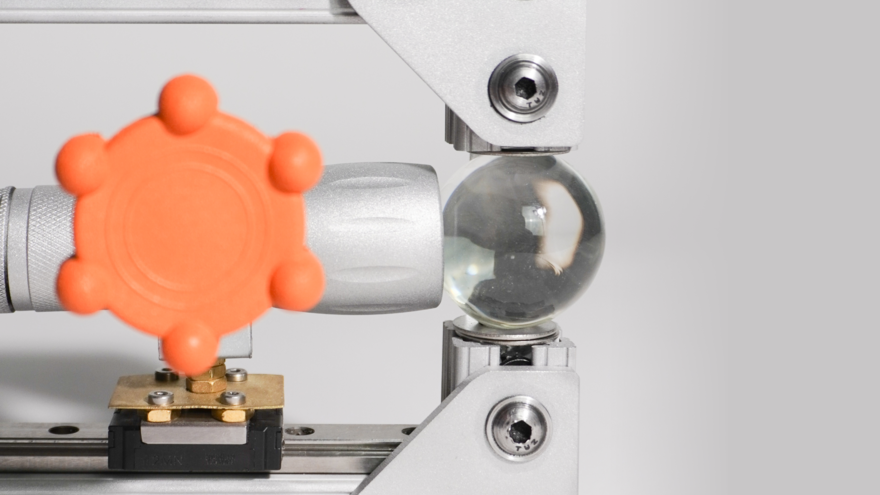 03: Light ("slide") The glass ball at the end acts as a prism, distorting the lights 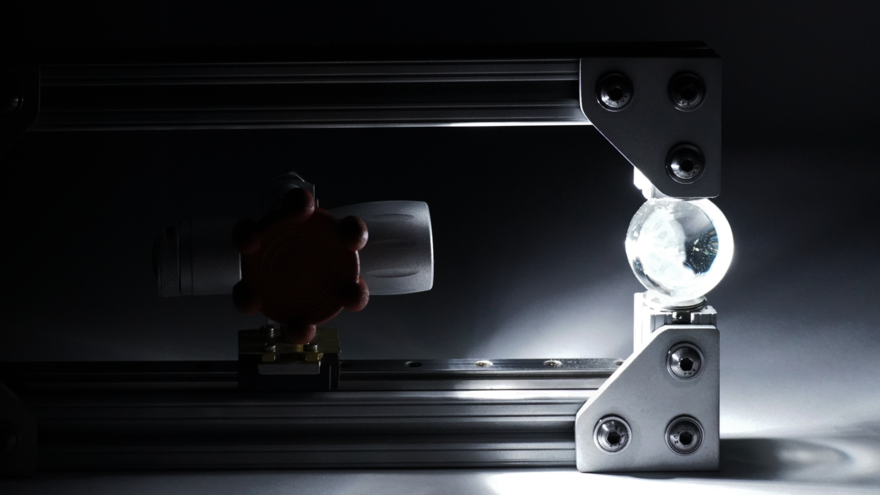 03: Light ("slide") As the light approached the glass sphere, the light engulfs the room

During my junior year of studying Industrial Design at Carnegie Mellon University, I decided to take a class in the School of Art called Advanced Open Sculpture. Most of the lessons I have taken were in design, so it was a great way to experience something different and create products in a new context.

It was a three-project-based course that allowed us to create our briefs. Going in, I didn't have any plans other than wanting to explore more with Aluminum T-slots (80/20). For a while before, I was very keen on the aluminum T-slot aesthetic. Although a bit raw, its design is honest and transparent in how it works. So that was something that I wanted to incorporate into my work.

As with most projects, I first began trying to understand the 80/20 T-slot system. It was more modular than I expected it to be. And instead of purchasing hyperspecific parts from McMaster, I wanted to create my project with found objects–which didn't matter as much to the concept overall but a practice I tried to apply.

With the parts I collected around campus, I began thinking about ways to incorporate interaction and motion into the objects I would be making. At this point, I wanted to make a series of artifacts that was useless and explore the concept of how we choose to value certain products over others. These artifacts would feel almost threatening from their robust aluminum structure but carry delightful interactions that make you want to keep them by your nightstand.

The motion of interaction needed to be familiar. And the proportions of each object reflect the lift, squeeze, and slide. Each "input" from the participant would result in the sculpture responding in ways that almost dramatize the interaction. For example, if it is lift (sculpture 01), the neodymium magnet rises, dropping the iron filings. When you bring it back down, the iron filings shoot back up toward the magnet. As you squeeze (sculpture 02), it pushes the air into the jar, bubbling up the surface. And when you slide (sculpture 03), the light glides toward the glass sphere projecting a unique light distortion throughout the room.