Artifacts is an ongoing project developed as an exploration of the meaning of traditional craft in the age of digital design and manufacturing. Using a YASKAWA Motoman MH250 industrial robot resin is injected along a preprogrammed path about a foot underneath the surface of a bucket of sand. The resin combines and solidifies with the sand allowing for the creation of complex yet organic looking shapes. The aesthetic of each object is a combination of both the precision of the code that drives the robot and the roughness of the raw material used to print within. With this project I would like to try and examine technologies such as 3d printing within spatial and material context according to where the manufacturing takes place.

Artifacts was exhibited for the first time at the DMY 2015 Berlin Design Festival from the 11-14 June. 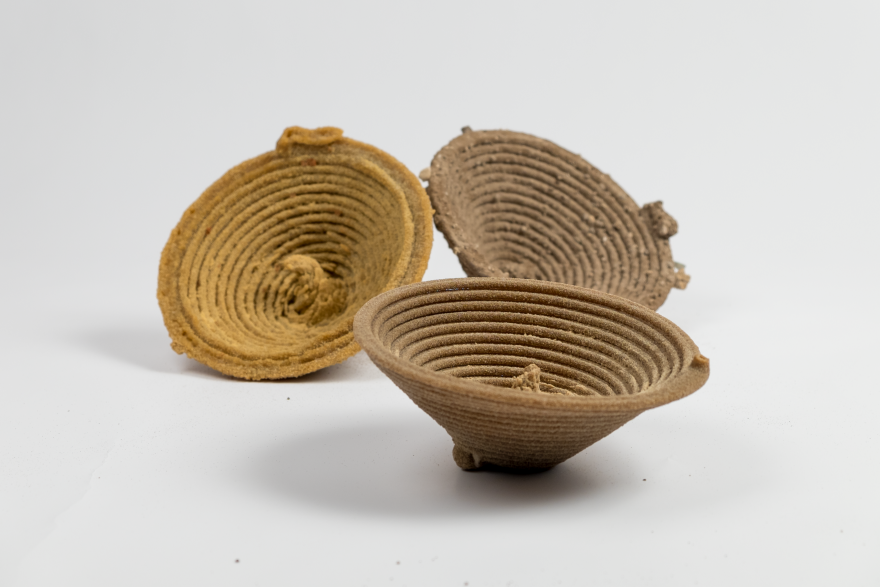 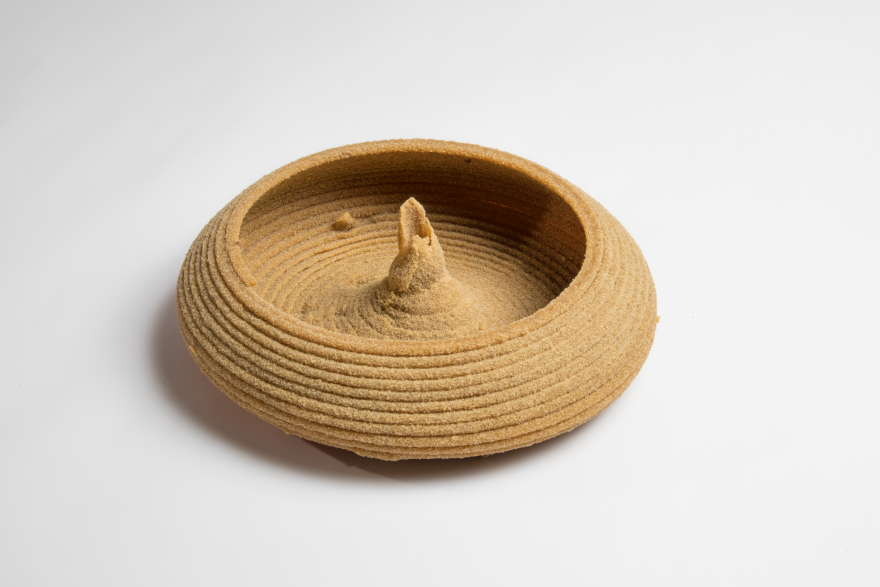 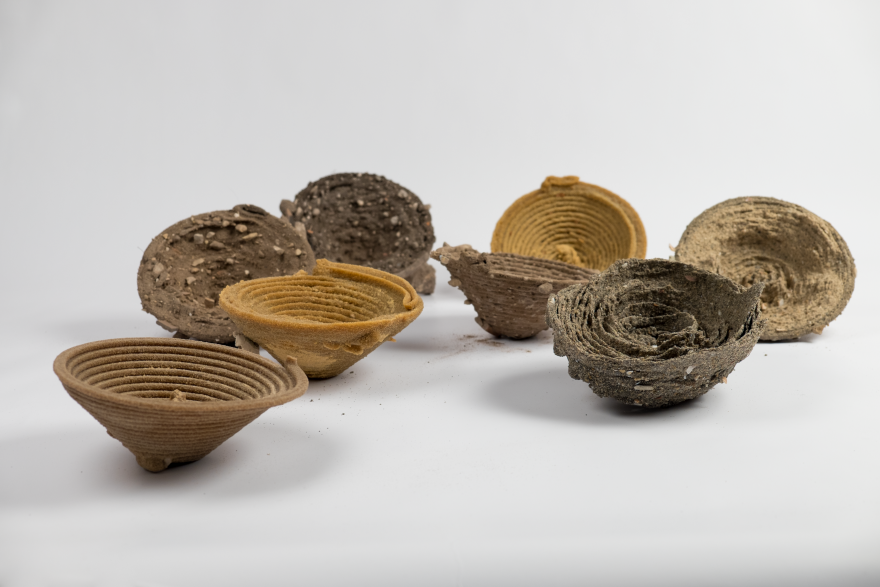 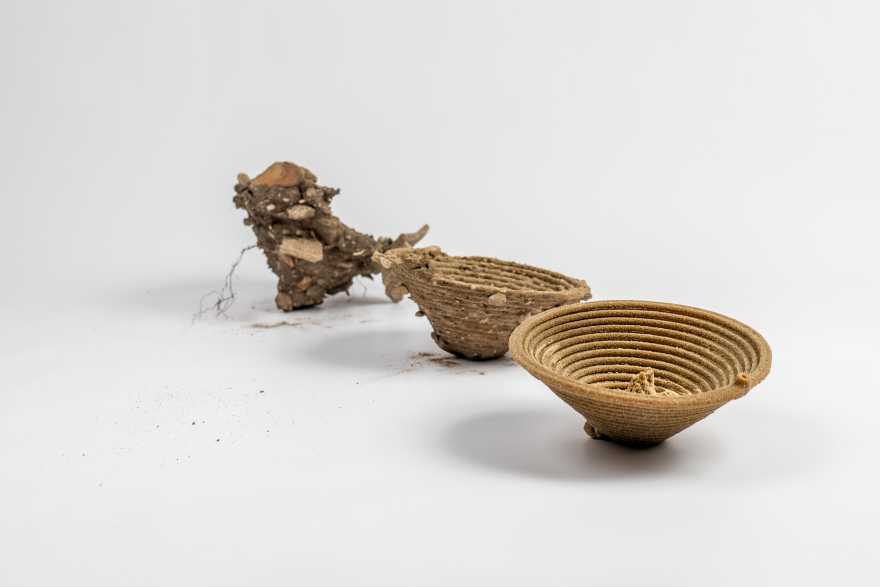 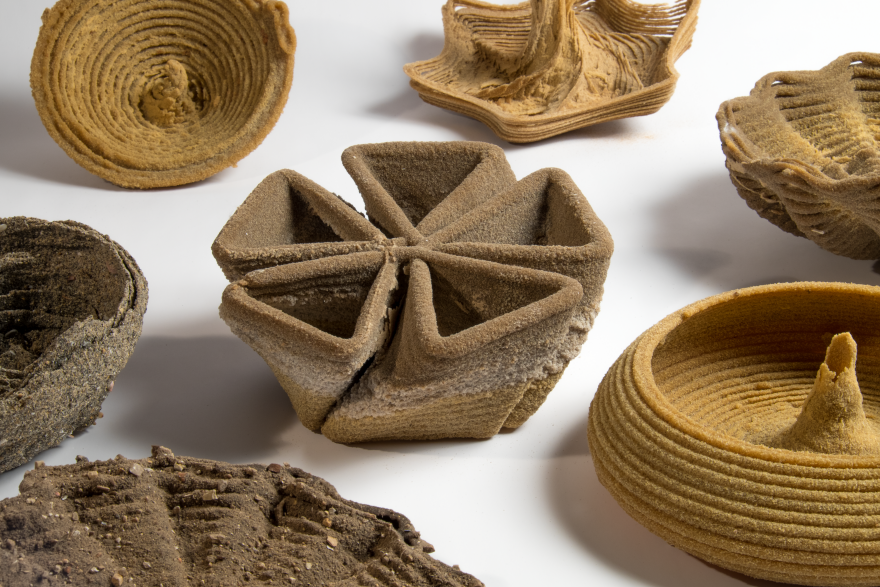 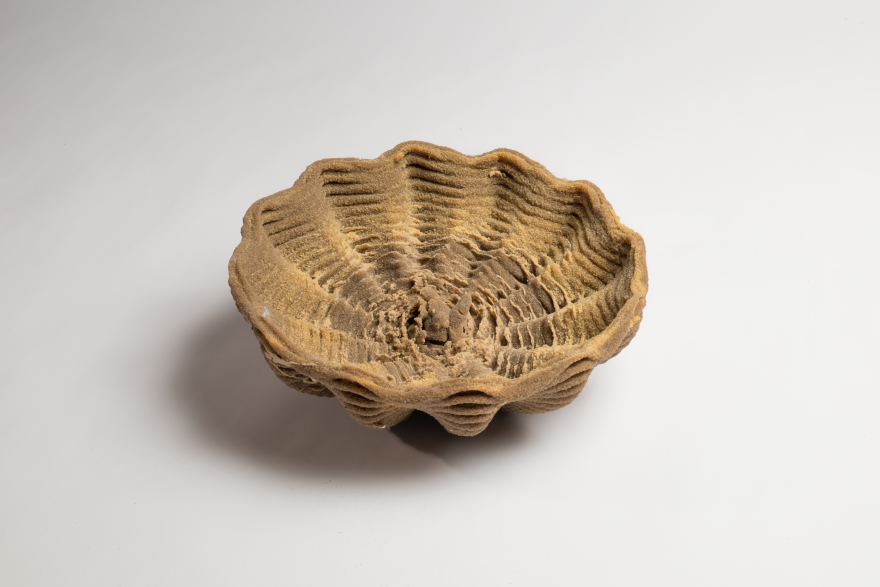 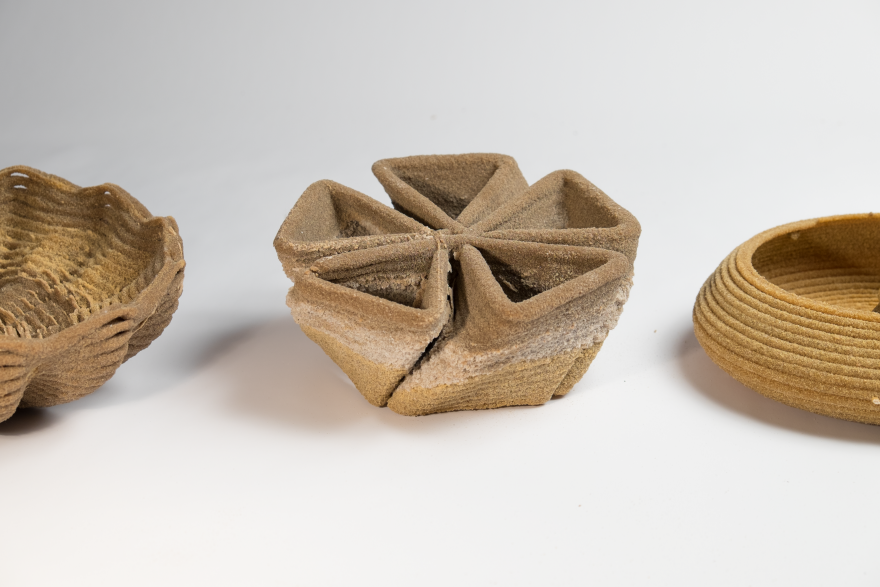 The starting point for the project was to collect and examine the different ground covers which may be found around the location of the workshop where the manufacturing took place. The fact that each kind of sand and earth is littered with 'imperfections' which both capture and symbolize a materialistic moment of time of a given place where used as the base material of the objects.A set of experiments revealed that binding the local sands with different resins yielded very interesting abstract objects which manage to capture the identity and character of the location from which the sand was collected.

The next step was to combine this technique with a more precise way of form giving using a controlled digital process. The challenge was that although many 3D printers offer precise movement and timing, none are powerful enough to move deep within the sand, as the resistance of the material is far too high for normal motors. To overcome these challenges a YASKAWA-Motoman MH250 industrial robot was used due to its high precision and flexibility as a manufacturing platform and it's high payload of a quarter ton. This allowed for the robot to both move very precisely along the printing path and to be powerful enough to push through the material no matter how dense it was.

A specially designed tool was built to allow for a precise amount of food-safe resin to be pumped slowly along the robot's pre-programmed path directly in the sand to allow the creation of complex geometries. The robot's inbuilt programming language was supplemented using a custom Grasshopper script that was written to help translate vector geometry into code that was then uploaded to the robot via a Yaskawa-Motoman DX-100 Controller.

The resulting process allows for highly precise 3d objects to be 'printed' in local materials in a way not possible with any other method. Artifacts raises questions regarding the 'personalization' of objects in an age in which the form of objects has been mostly stripped down to digital code rather than expressed in it's materiality.

By offering the user the opportunity to manipulate the raw material itself, a much deeper control over the character and identity of the object may be achieved.