The GAUGE Vase takes on the behavior of the flower. The weight of the water holds the vase upright. The vase 'wilts' as the flower drinks the water, letting us know that it needs watering.

A gauge, in science, is an instrument that measures and gives a visual display of the amount, level, or contents of something. The GAUGE vase indicates the level of remaining water, by the angle of the vase's neck. 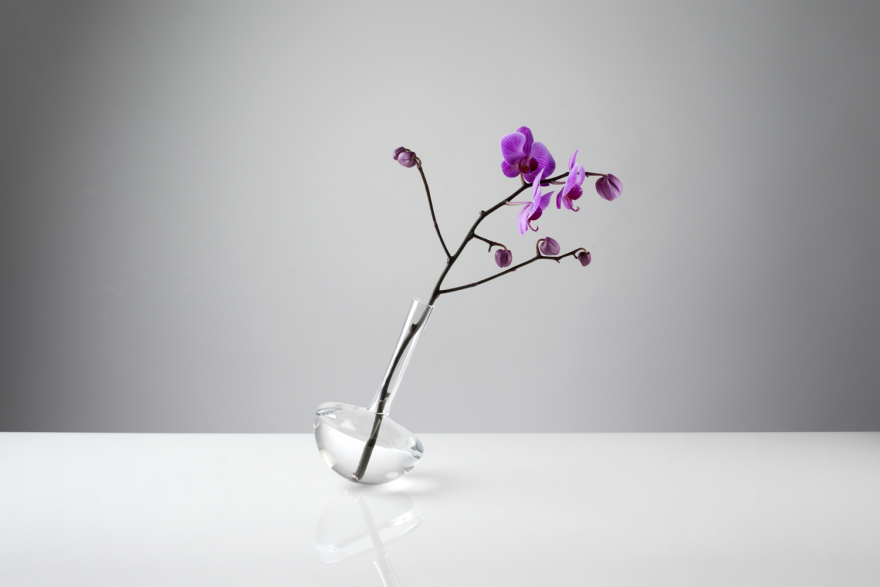 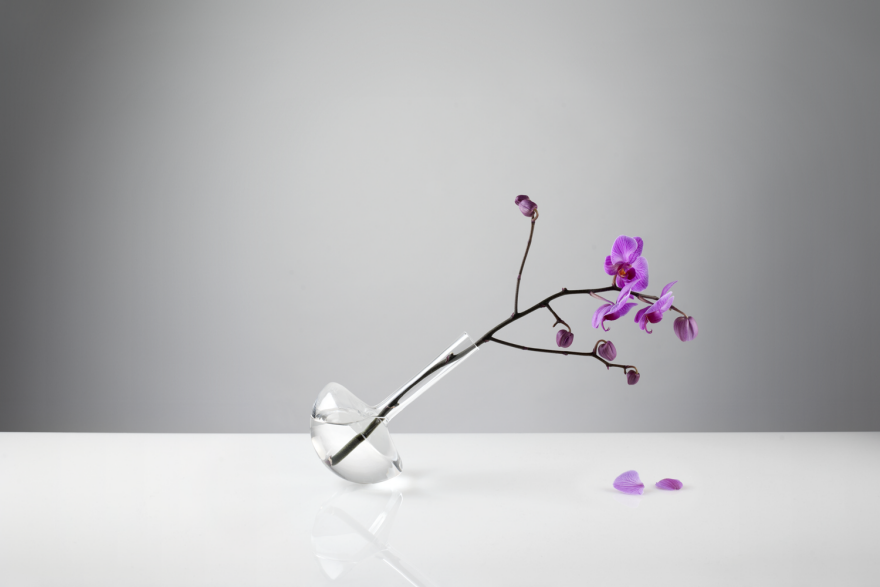 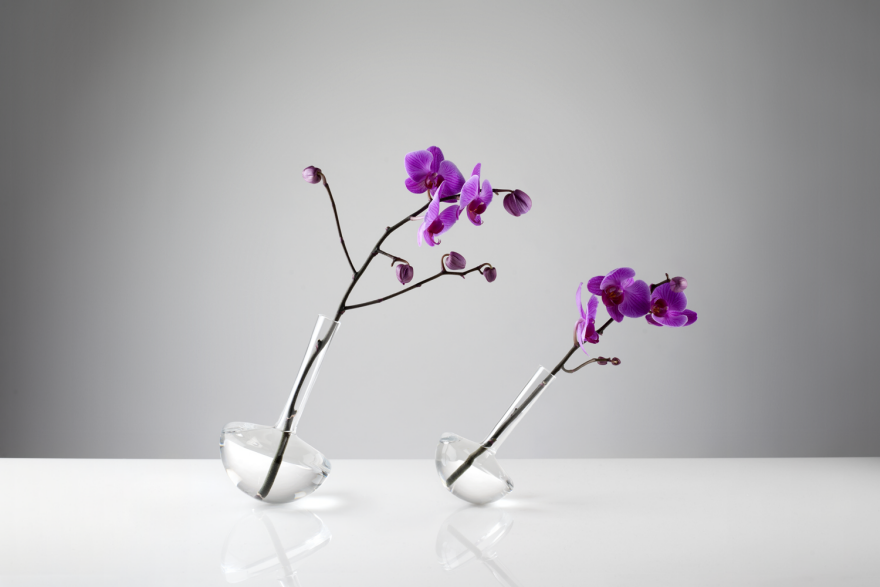 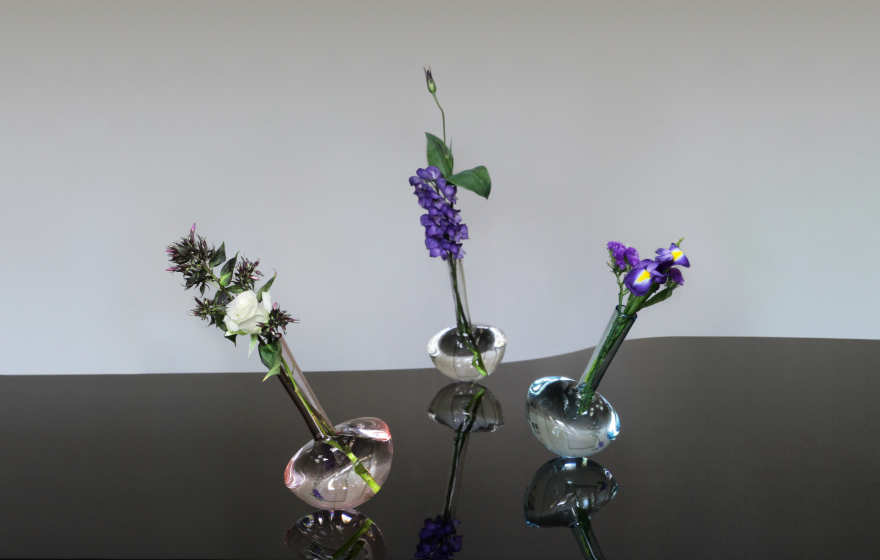 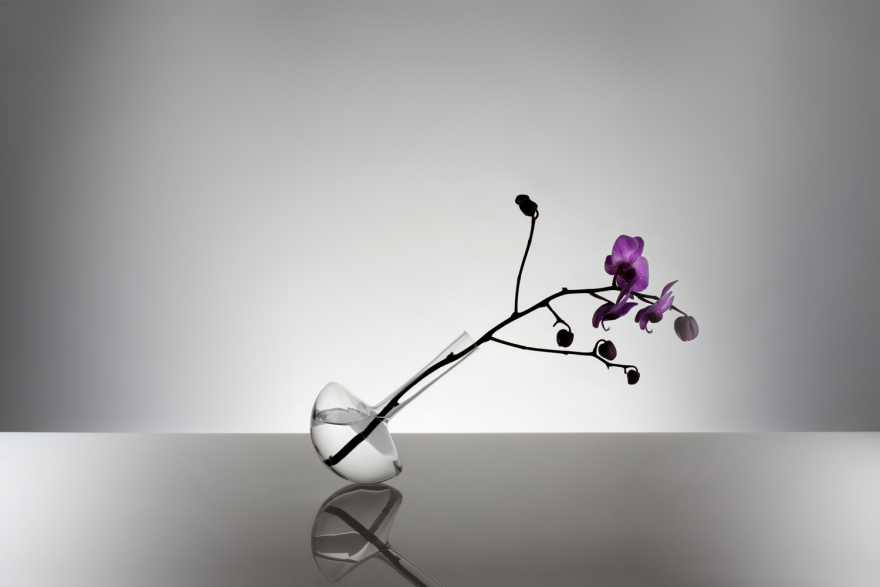 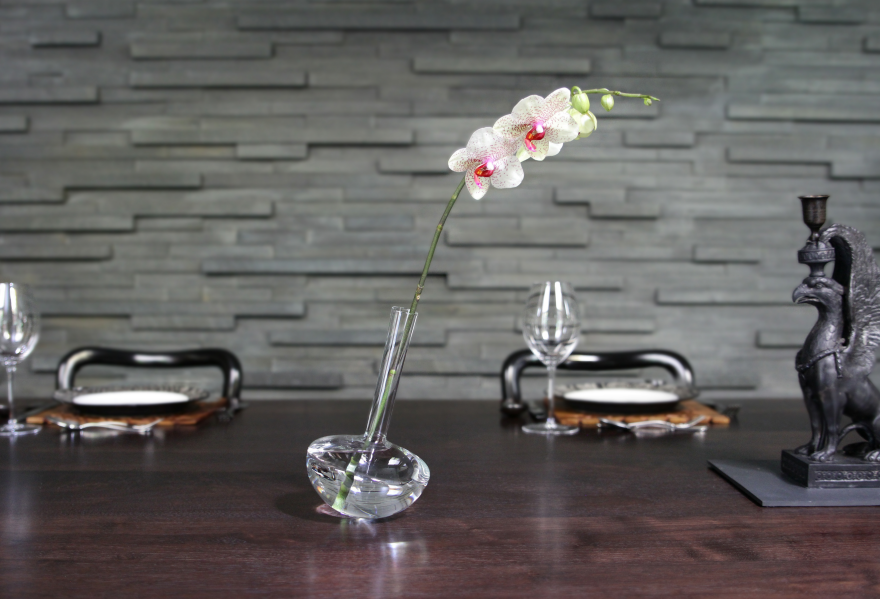 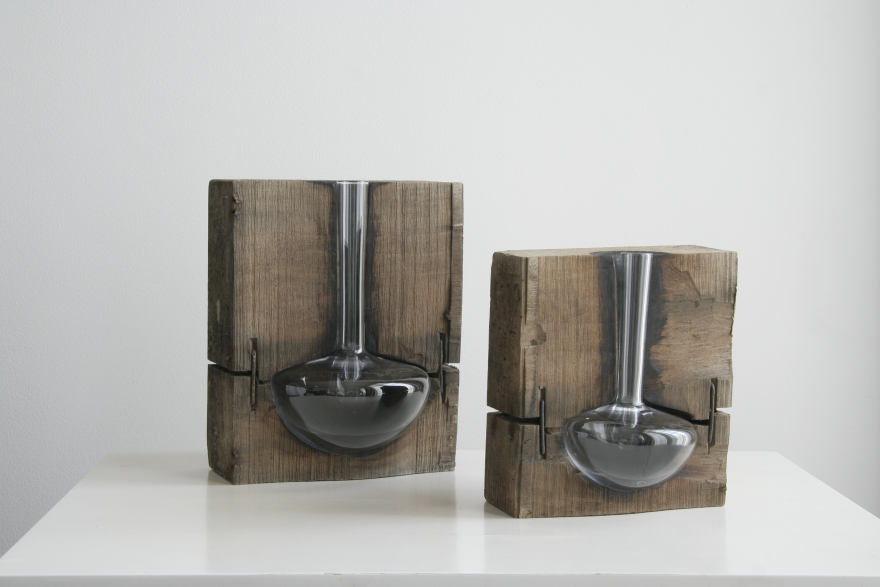 Gauge vase moulds Beechwood moulds can produce up to 80 pieces. 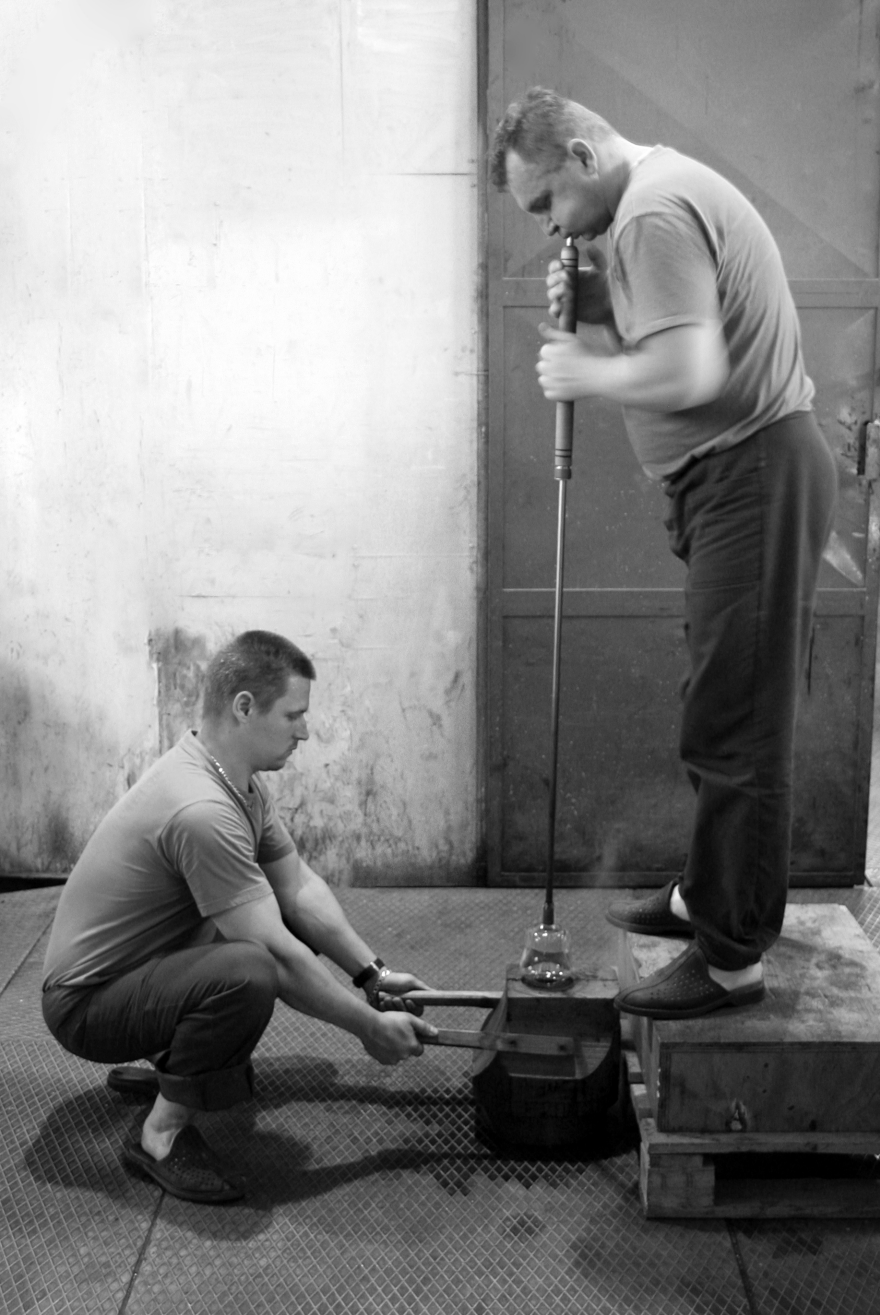 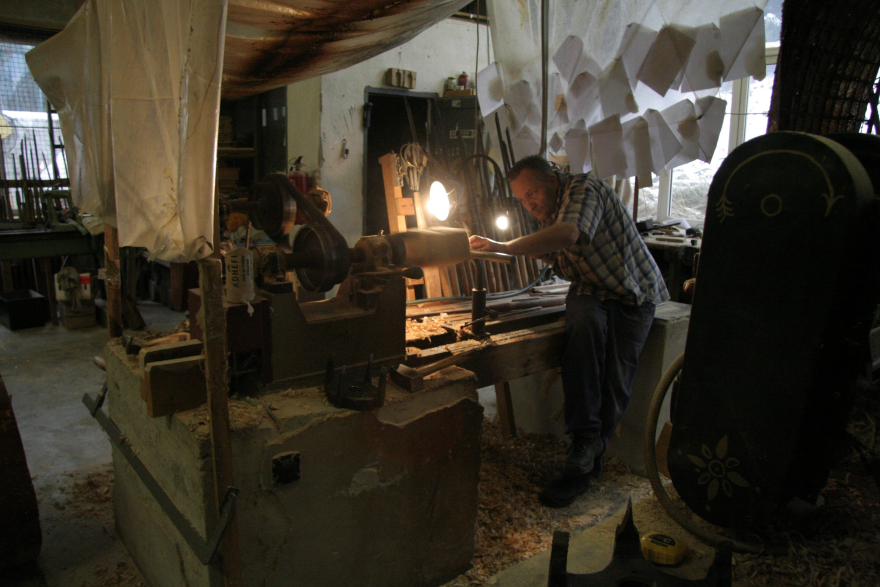 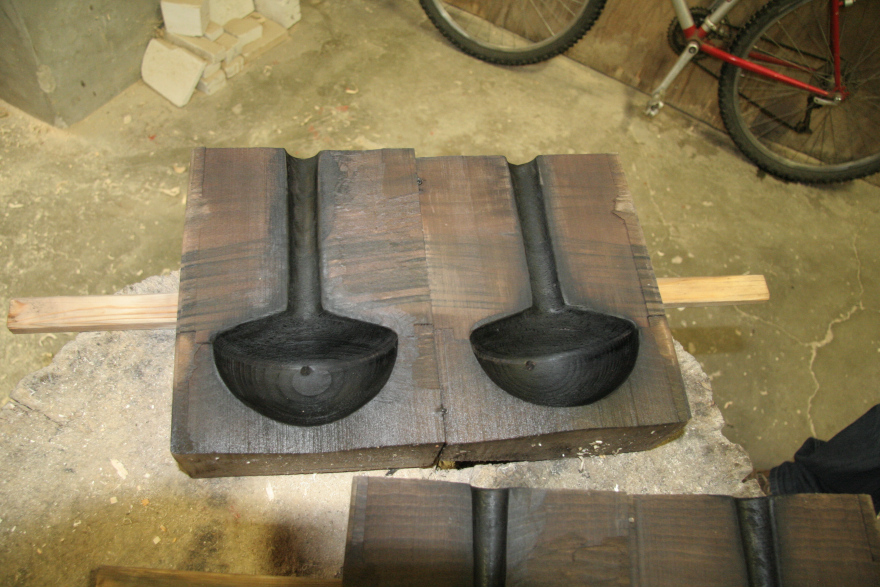 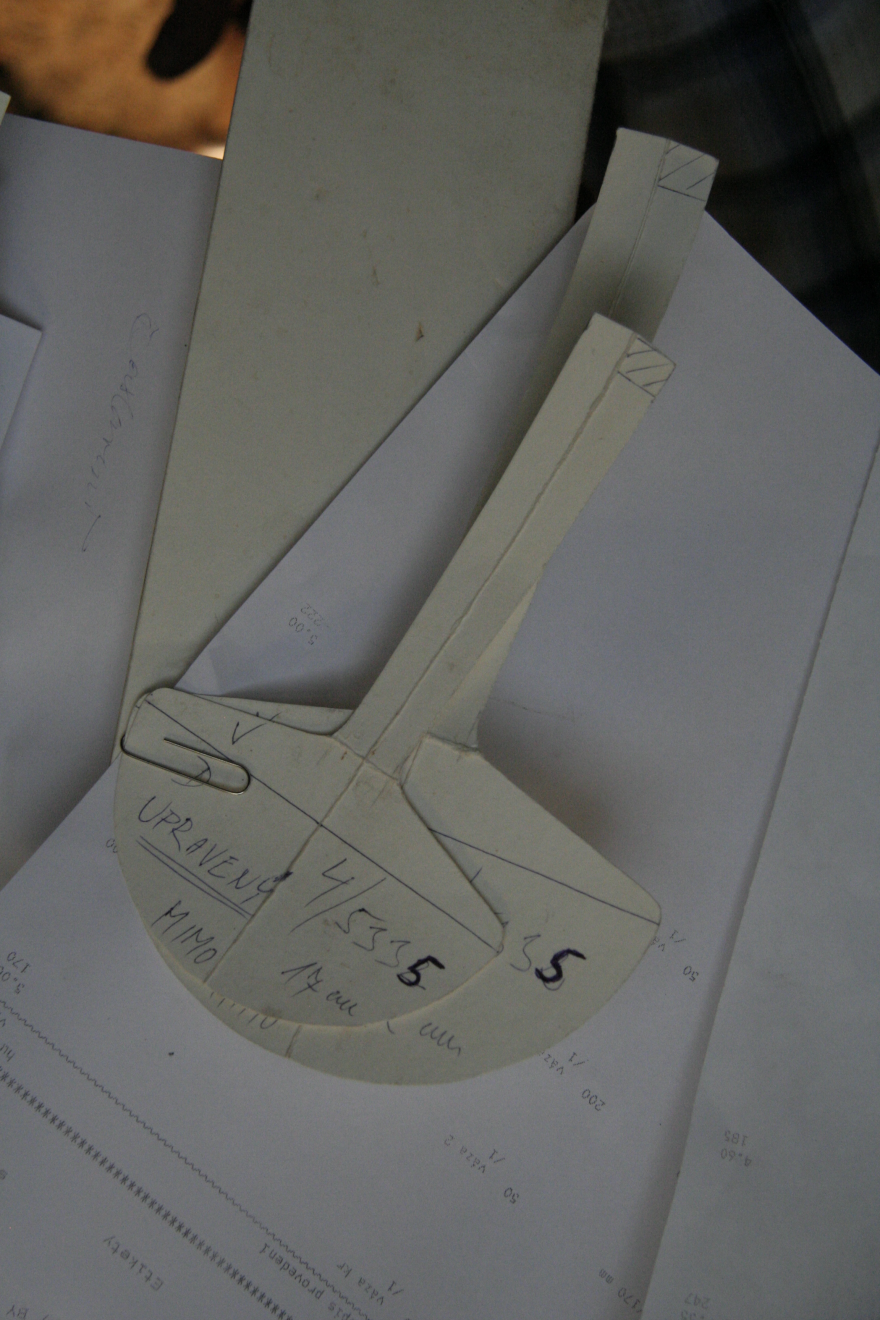 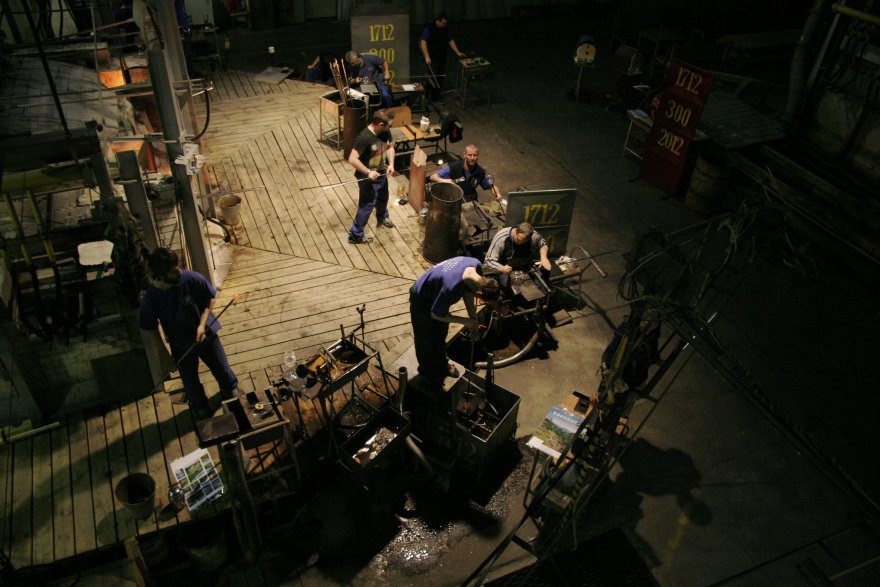 The narrow neck limits the number of flowers so it does not over-balance.

The vase can pirouette and dance. It invites people to play... because the water moves inside - sometimes following, sometimes leading the sway of the glass - an irregular movement is created, reminiscent of flowers dancing in a breeze.

Our crystal is mouth-blown in the Czech Republic, where the designer's grandparents lived. Established in 1712, the glassworks is the oldest still working glass factory in Bohemia. It is perfectly positioned, where timber surrounds the factory, water springs from the ground and quality glass sand is obtainable locally. The glassworks lives deep in the woods of the Giant Mountains of Bohemia.
The glass is mouth-blown into a mould which is made from locally sourced beech wood. The wood must be saturated with water, which extends the life of the mould, so the beech trunks are placed into a lake. Only when the trunks touch the bottom of the lake, are they ready to be processed. The wet trunks are then taken out of the water and sliced into big pieces. A raw block of wood is then fixed to a lathe to be carved out with chisels, with great precision. Then the wooden block is cut in half, equipped with locks and handles. Each mould will produce no more than 80 pieces, by when the shape has become altered by the molten glass and it can no longer be used.

Winner of the Enterprise Europe Network Award for new markets.