This project explores the phenomenon of illegal migration, focusing on Sub-Saharan and Maghrebi migrants, and the perilous journeys they face while chasing the elusive European dream.

The project twists the traditional vision of clandestine immigration provided by the media, by creating a fictional—though realistic—take on the current situation. It exaggerates the public hysteria and fear fueling anti-immigration feelings by portraying the migrant as a threat lurking outside the gates of Europe. It explores the migrant's point of view, looking at the journey to Europe and the many ordeals that the status of "clandestinity" entails. The result is a series of tainted objects, which explore the potential within crafty, ad-hoc design solutions.

Each of the objects represent a frontier and tries to encapsulate within its function, materials and aesthetics the obstacles that need to be overcome in order to cross a border. Behind them is not a designer but an illegal migrant, determined to complete his journey. 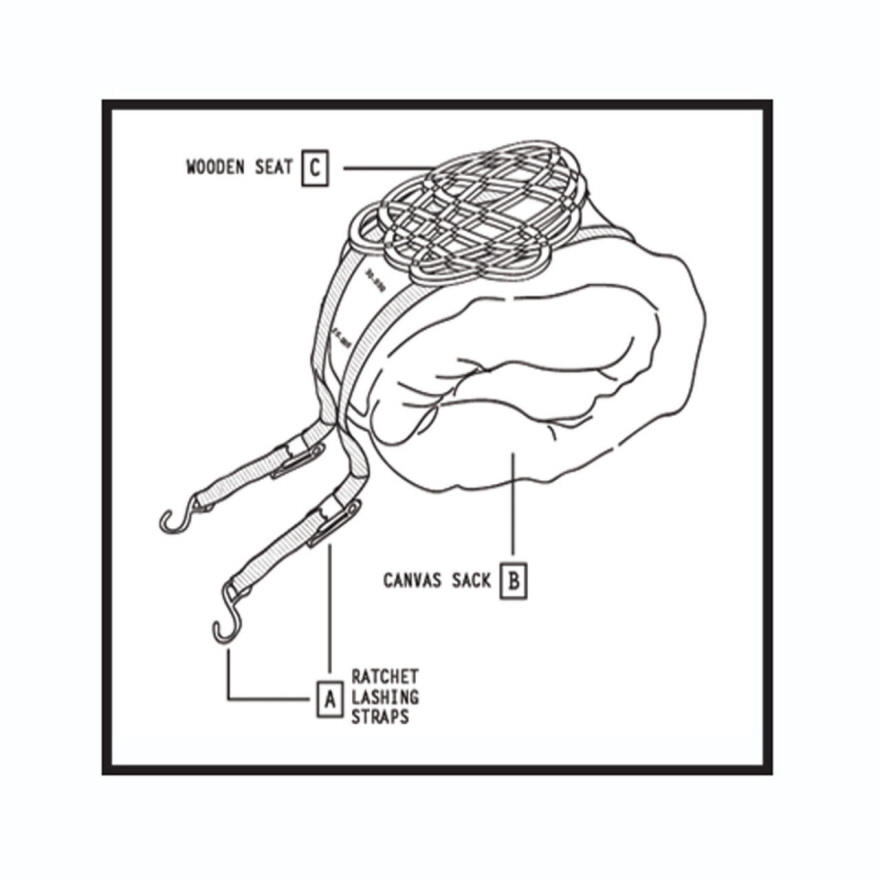 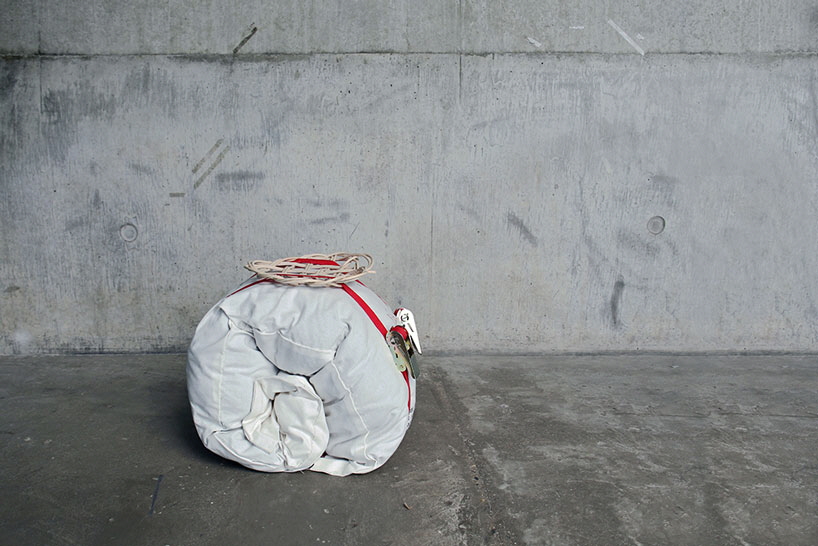 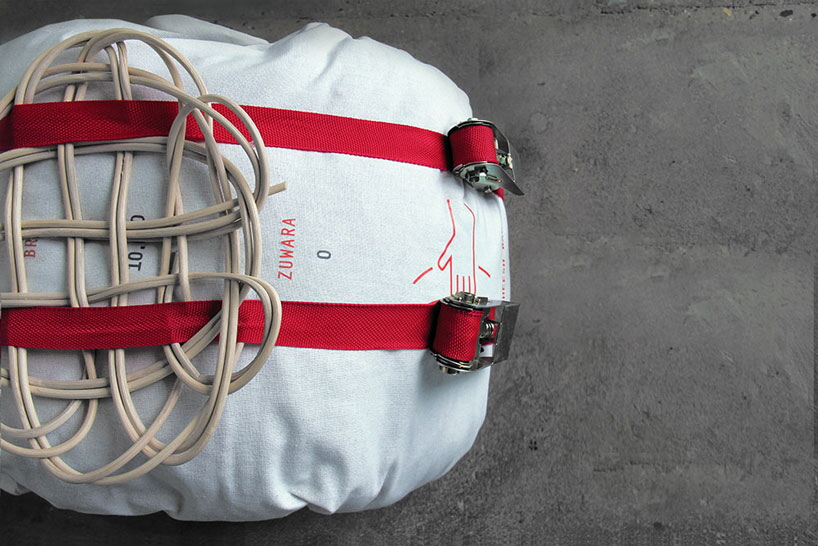 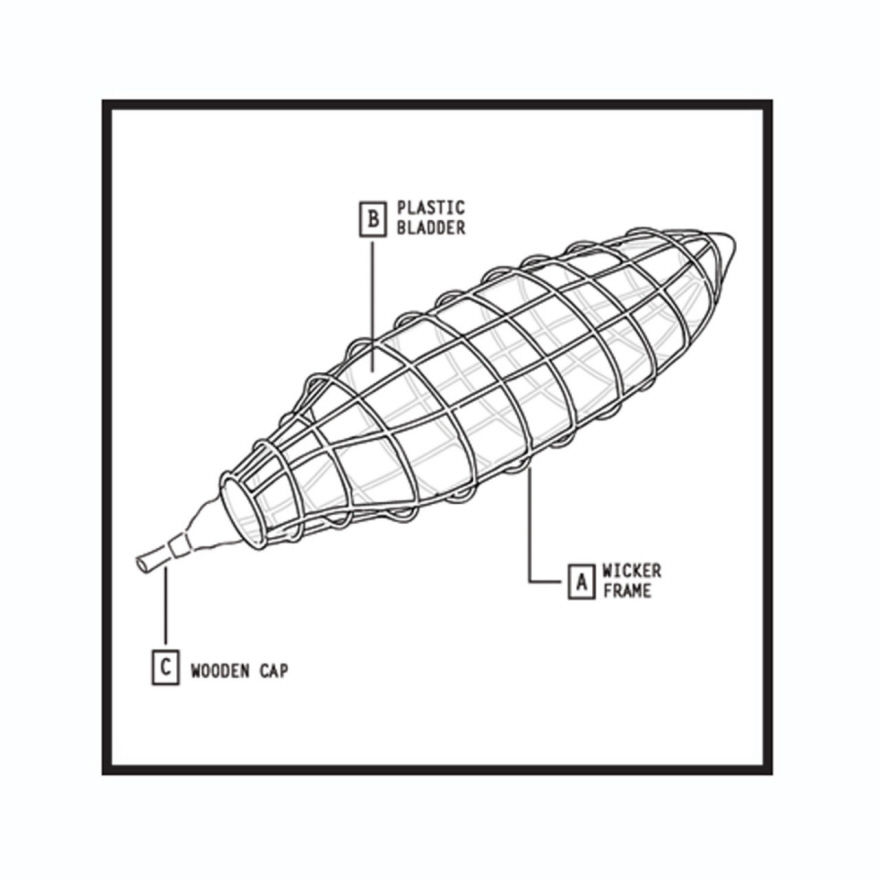 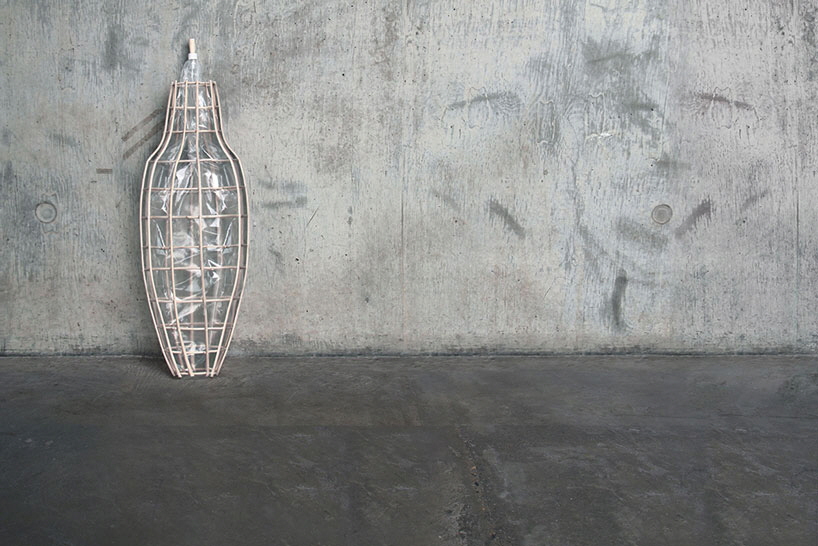 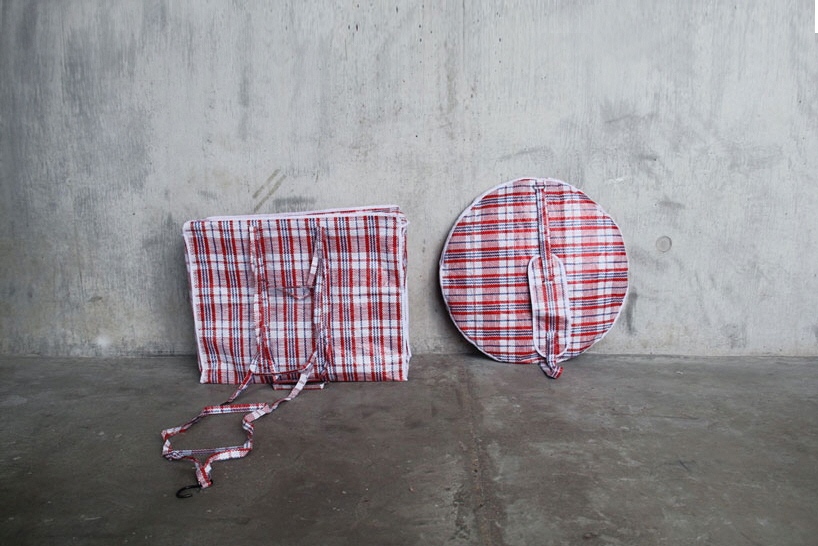 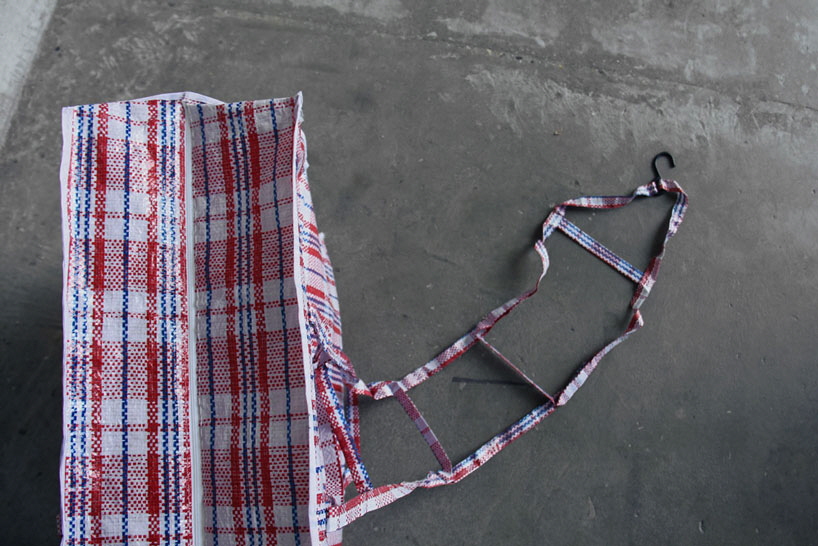 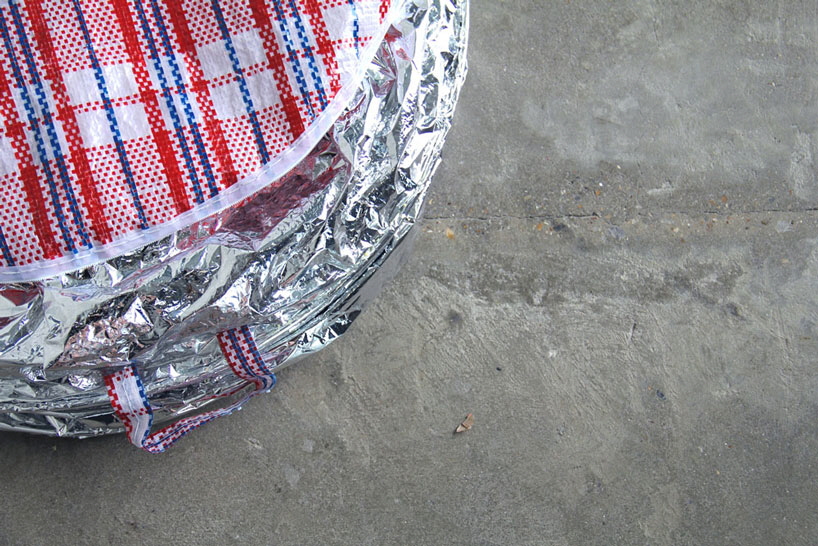 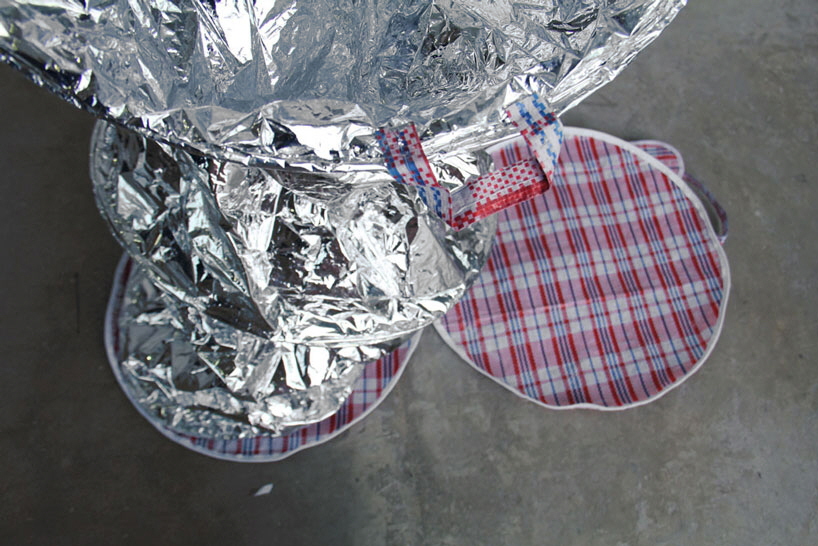 As an Italian abroad, I wanted to explore the issue of illegal migration to Europe in opposition to the approach assumed by the media. I wanted to look at the stories behind the nameless crowds printed on each newspapers' front page. The result is a series of atypical travel tools, focused on rendering the ingenuity and craftiness necessary of an illegal traveller. Every object belongs to a different border along leading migrant routes, including natural ones—the Sahara desert and the Mediterranean sea—or political ones—the frontier between France and the UK, for example.

Most migrants reaching European shores come from Central and Western Africa; therefore, the first frontier they face on their journey is the desert.The Baksheesh Bag looks at how migrants cross the Sahara, packed on commercial trucks. Here, the border is replaced by a series of checkpoints, where self-appointed officers ask for a small "gift"(baksheesh means gift in Persian), in exchange for permission to continue traveling north. The bag is created from bulk rice sacks joined together and printed on it is a decreasing amount of CFA (central african francs, a local currency) and a series of cities: all the checkpoints on the route to North African coasts. The sack is filled with personal items to be offered as bribes when the money runs out. It can also be rolled up and fastened with ratchets to work as a makeshift seat.

The next step on the migrant route requires crossing the Mediterranean sea, the slim strip of water separating the Libyan coast from Sicilian shores.Old rusty fishing boats—icons of a dying traditional activity—represent one of the most common clandestine vessels, used by smugglers to organize sea crossings. A popular fishing technique used on such boats requires the use of a tool called "nassa," a traditional hand-woven fishing trap. The structure of this object has been altered by adding an inflatable "bladder" created from a clear plastic bag. Now, it is turned into a small floatation device, addressing the lack of life vests on these sea journeys.

The destination for most migrants is Northern Europe. Avoiding identification, illegals cross the EU, taking advantage of free movement within the Schengen Area. The city of Calais has become the forced stop for those bound for the UK, where migrants try to board on lorries that crowd the ferry terminal.

The following items apply modifications to the standard model of a checkered storage/shopping bag—often referred to as a "China bag" or "Ghana-must-go-bag"—creating a stowaway "luggage set" intended to address the specific obstacles of the British border.

One is a bag, whose handles have been extended to create a soft ladder, probably used to climb on the lorries that will take them across the English Channel. The second is a single strap bag. The zipper running all around it seals inside a peculiar device. It appears to be a collapsible cylinder, created from a series of thermal blankets, distributed by ONGs to migrants squatting in the area, joined together. Combined, they create a shield against­­ the radiation emitted by thermal imaging cameras, used by border police to render the inside of trucks.