Bezalel Academy of Art and Design, Department of Industrial Design

Every culture relies on its bread. Bread unfolds the story and essence of culture and people. Injera—a regional sourdough flatbread with a slight spongy texture—unfolds the story of Ethiopia and its people.

Teff is the traditional grain used to make Injera. It is gluten-free, with high values of fiber, calcium, iron and protein.Through in-depth research that I conducted in Ethiopia and Israel, I understood the value and future of teff and injera, which lead me to the idea for my project: A set of utensils for a new preparation ceremony of injera—one that combines tradition and innovation, and thereby makes teff accessible to the modern kitchen.

Design by Dana Douiev with the guidance of Professor Ido Bruno

Department of Industrial Design inBezalel Academy of Art and Design 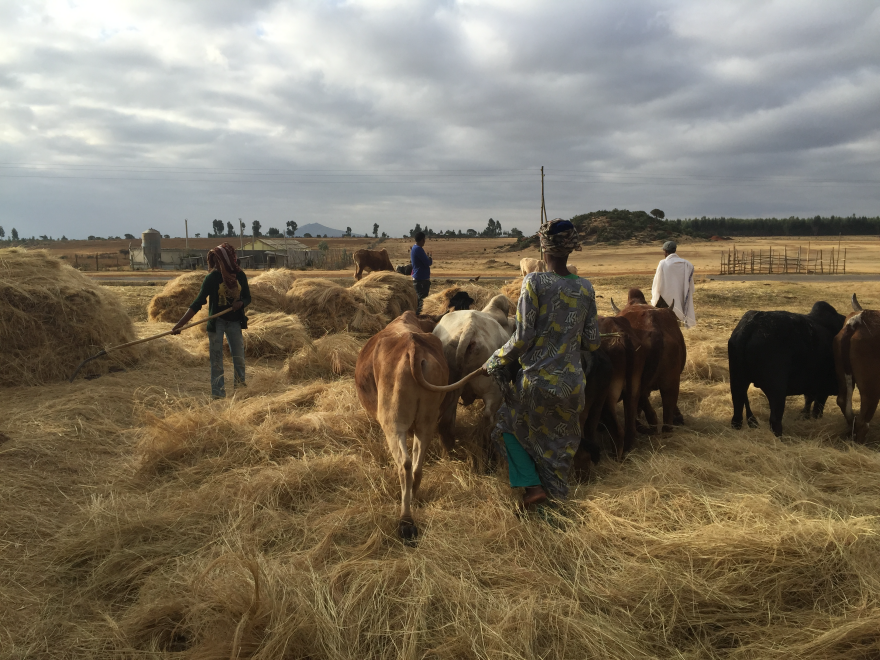 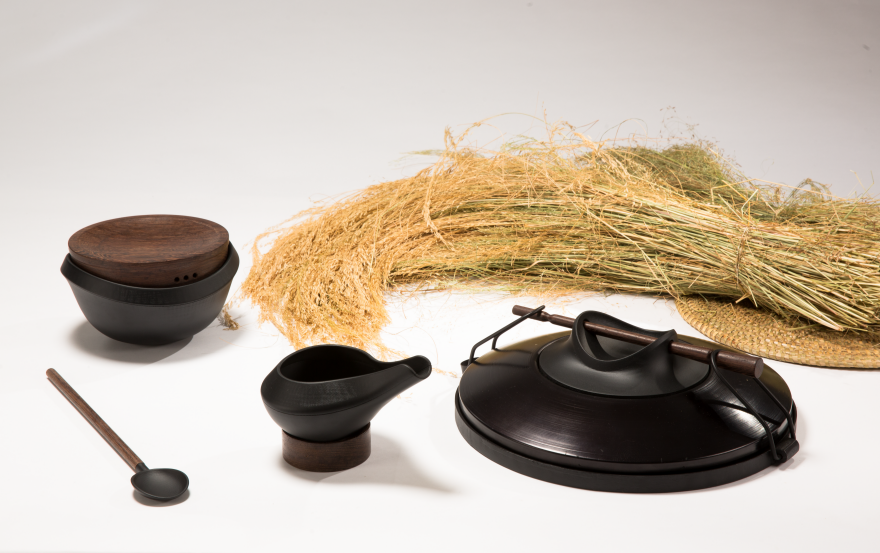 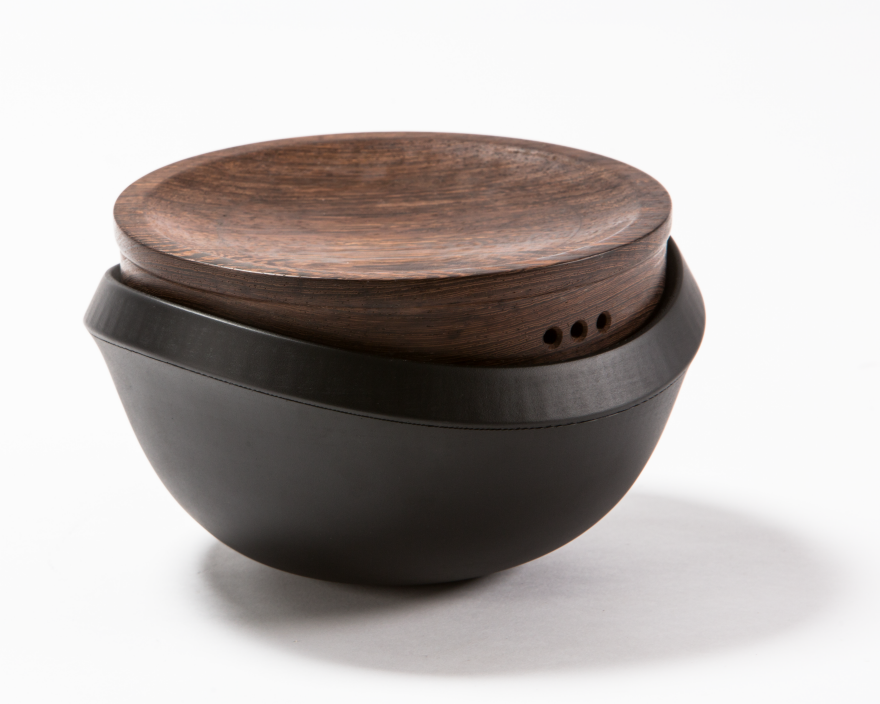 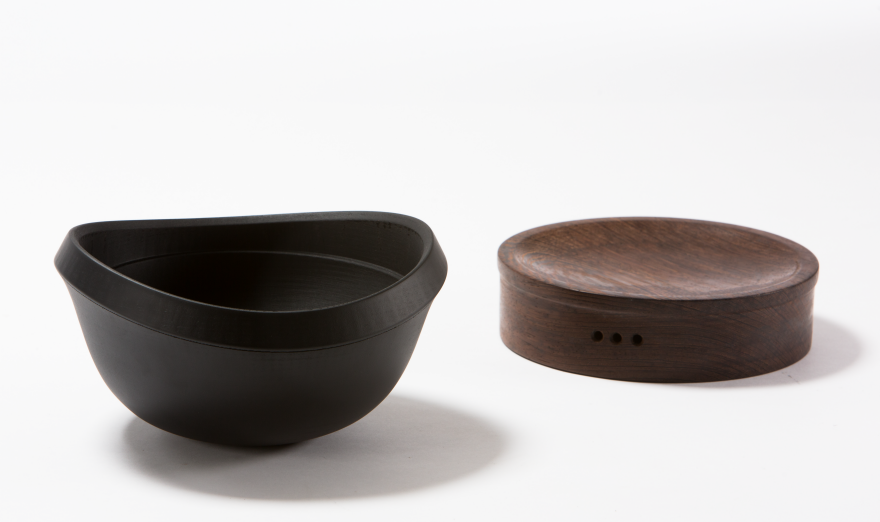 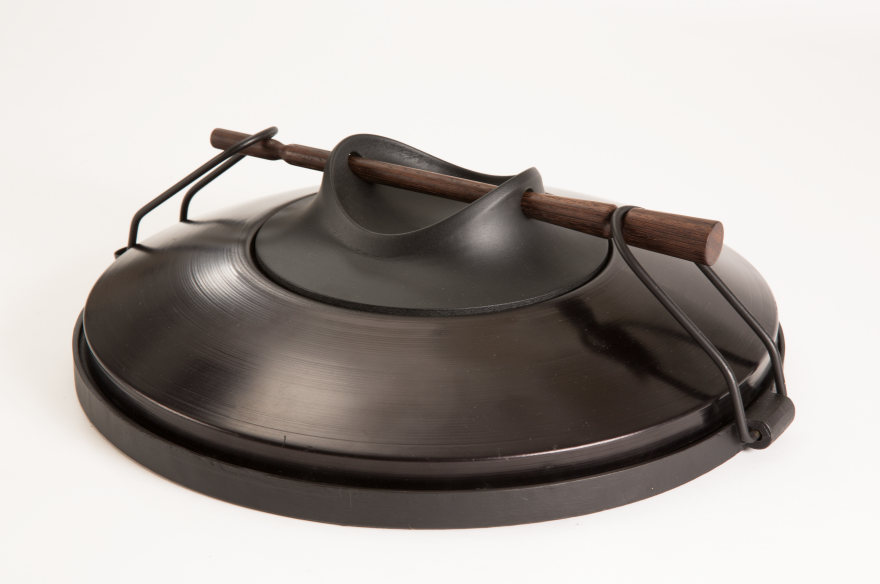 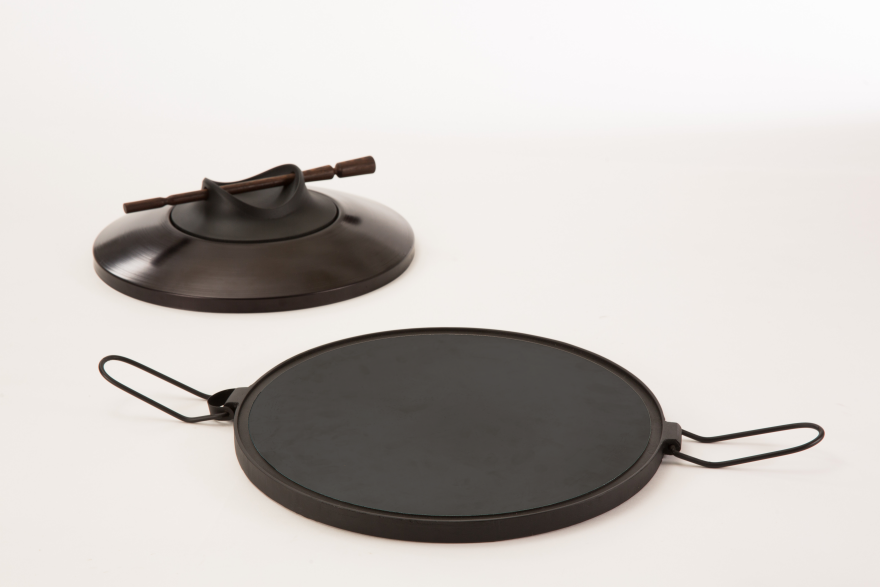 Oded Antman
Open state of cover and plate—the dough is poured onto the surface and then covered with the top piece. 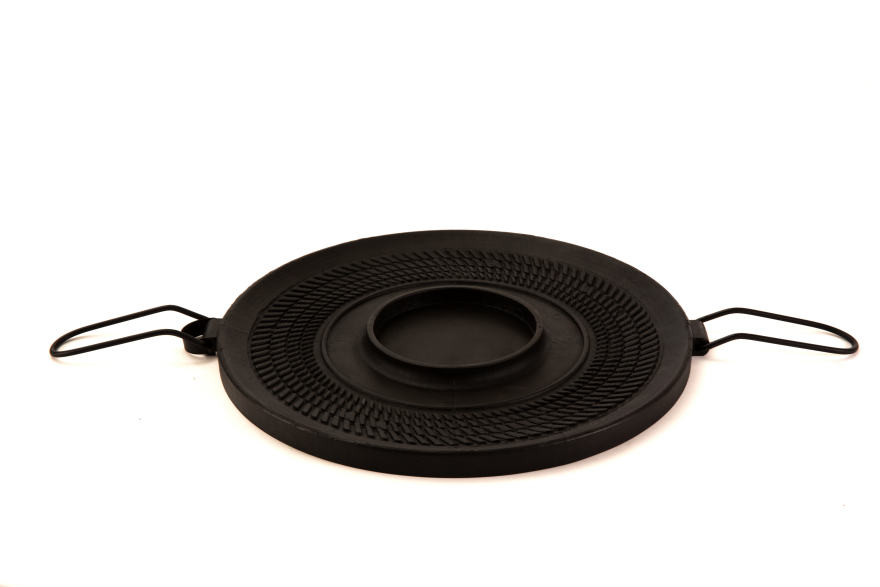 Oded Antman
Bottom side of the injera plate 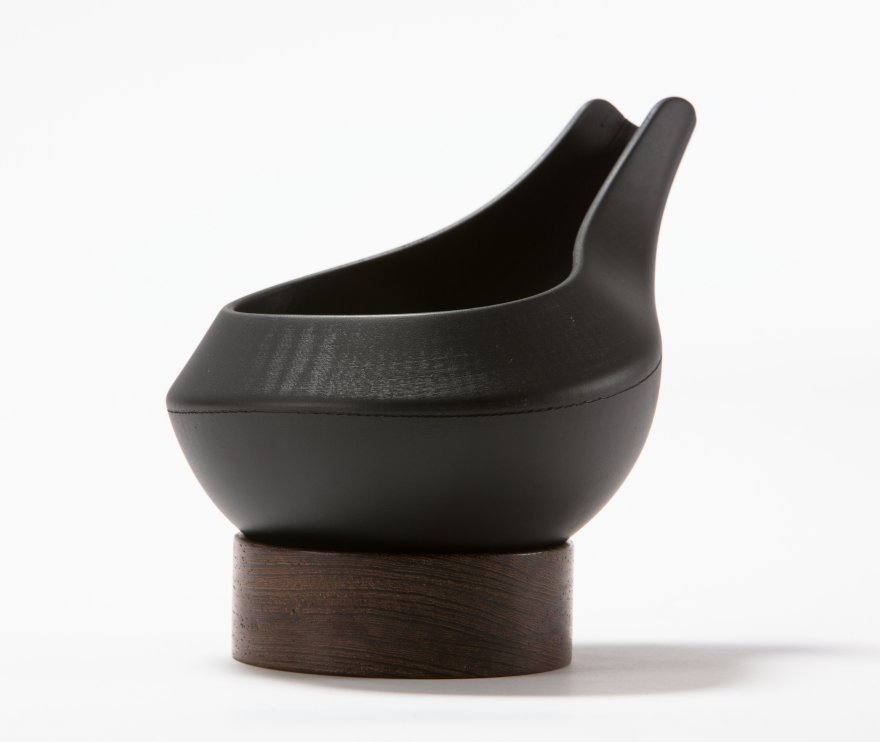 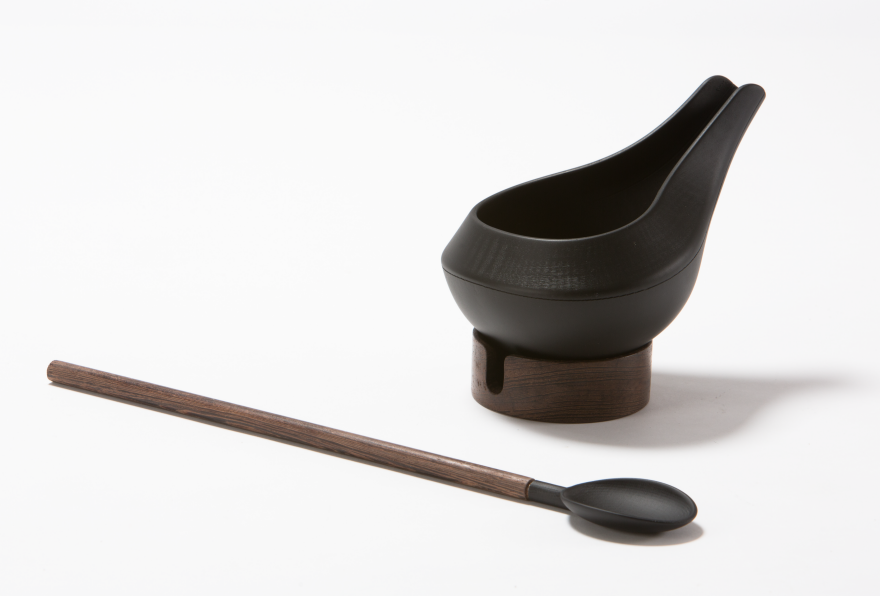 Oded Antman
The spoon is placed in the open groove of the drip receptacle. 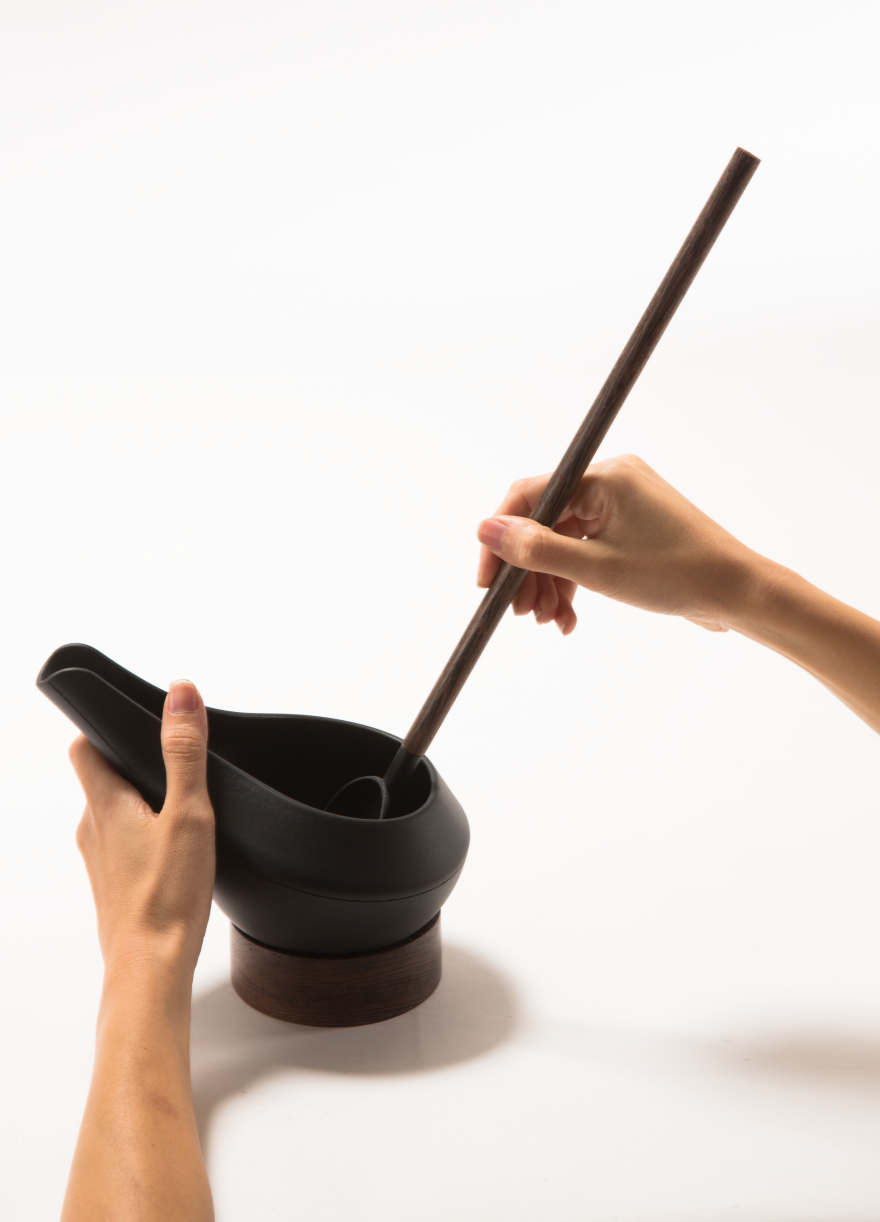 Oded Antman
After the dough is given time to swell, it is mixed with wet ingredients. 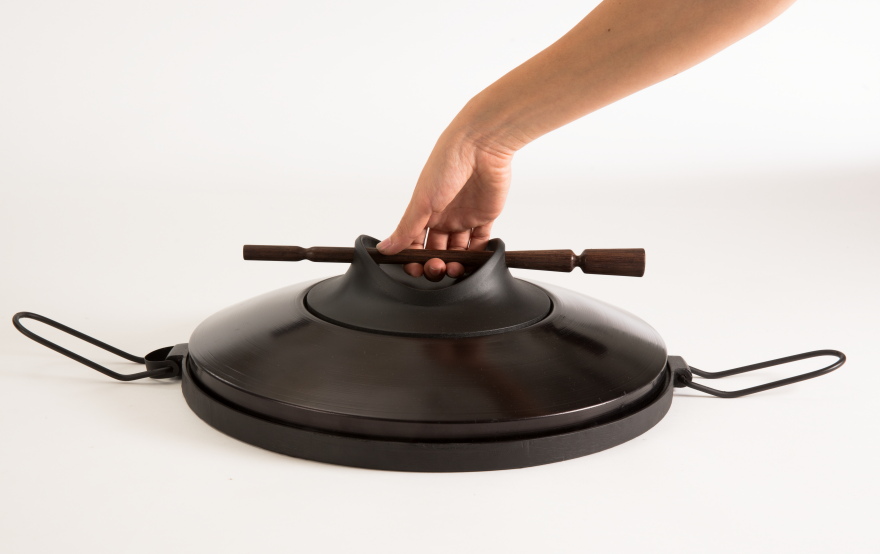 Oded Antman
The design emphasizes and celebrates the sense of touch. 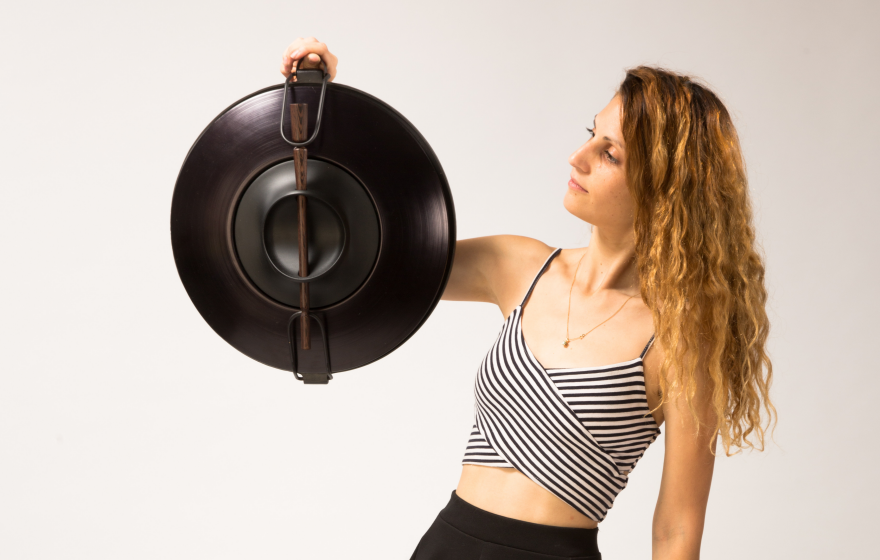 Oded Antman
The design is light and easy to carry.

Through these utensils a new ceremony takes place, in which cultural elements are renewed. Elements that have been lost during the cultural migration from village to city, and from inside Ethiopia to foreign countries. All this takes place appropriately and with consideration for the modern kitchen’s pace.

The project explores the African and Ethiopian culture in relation to agriculture and food. Teff is a “super food” that has high nutritional values and is the basis for the preparation of Injera—which forms the basis of Ethiopian cuisine and holds a monumental place in the Ethiopian kitchen. Teff stands at the gates of modern culture and this project comes to welcome it in through the use of new utensils.