In the two years since the Food and Agriculture Organization of the United Nations (FAO) created the report called, "Edible Insects: Future Prospects for Food and Feed Security," there's been an onslaught of new insects-as-food products. From cricket flour to protein bars, entrepreneurs are having a field day coming up with creative ways for us to eat insects. This is because insects like crickets, which are packed with more protein than beef and require a fraction of the land, water, and feed as livestock, are an efficient food source. With the world's population expected to reach nine billion by 2050, there's an impending food shortage.

For designers Lucy Knops and Julia Plevin, both 2015 graduates of Products of Design at The School of Visual Arts, the issue with insect consumption was not just a food scarcity problem. "Two billion people around the world already consume insects regularly," said Plevin, "and for those of us who don't, the barrier is often psychological." Knops and Plevin saw an opportunity to change the way people viewed eating insects through the use of design.

So what's the surefire way to change people's behavior? With alcohol, naturally. Knops says, "Instead of adopting other traditions' rituals around eating insects, we wanted to create our own. 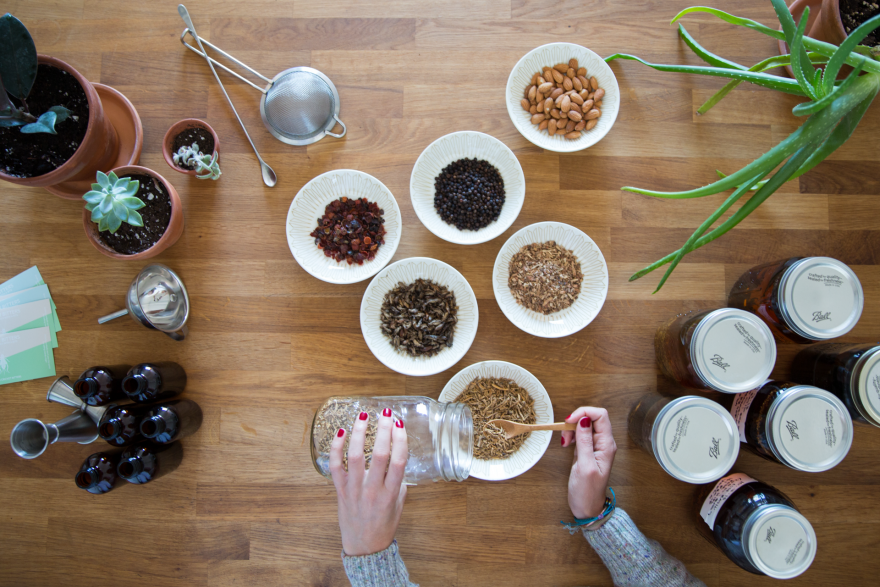 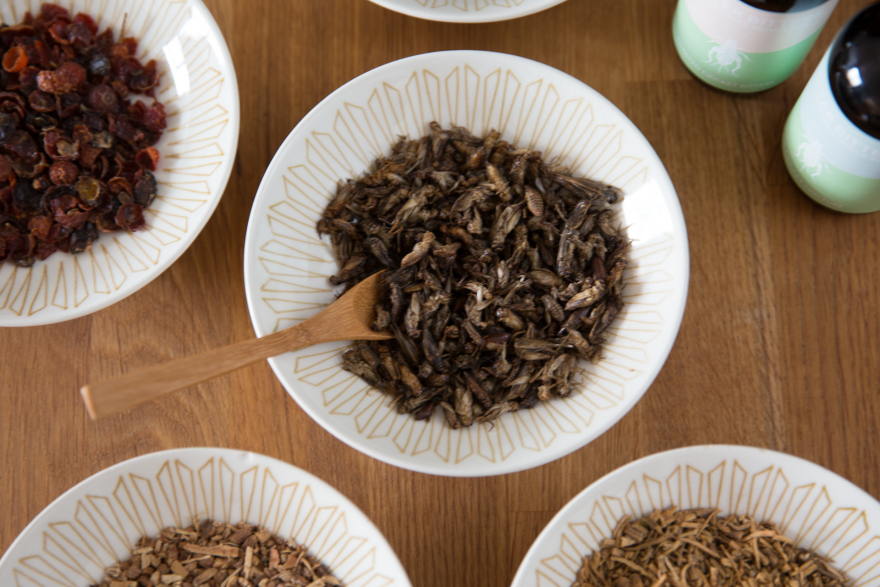 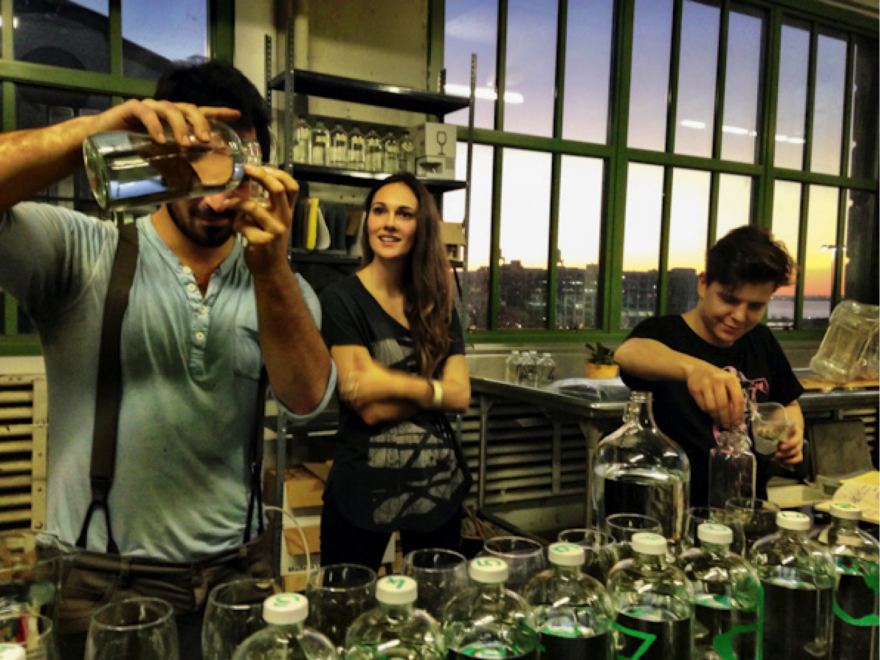 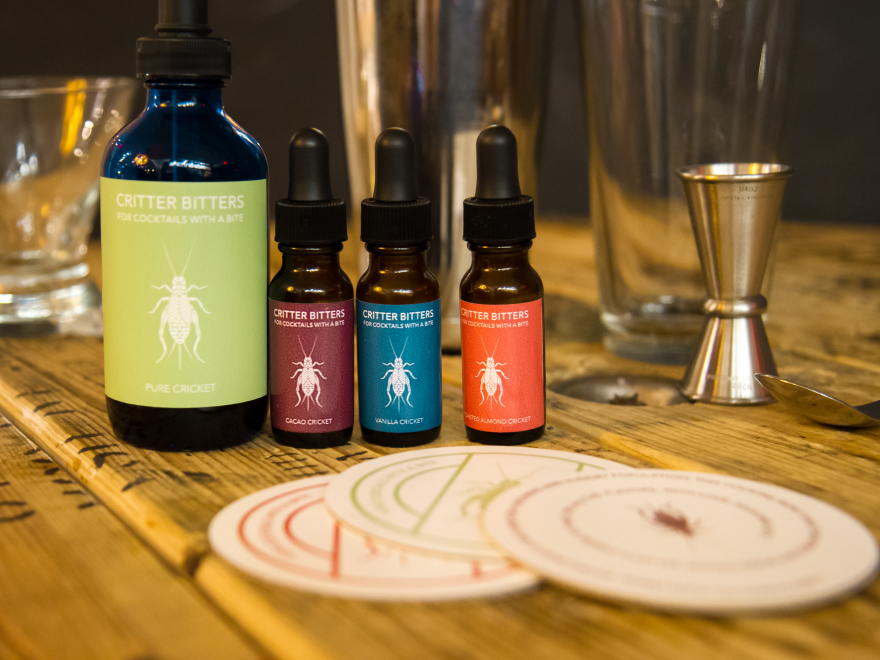 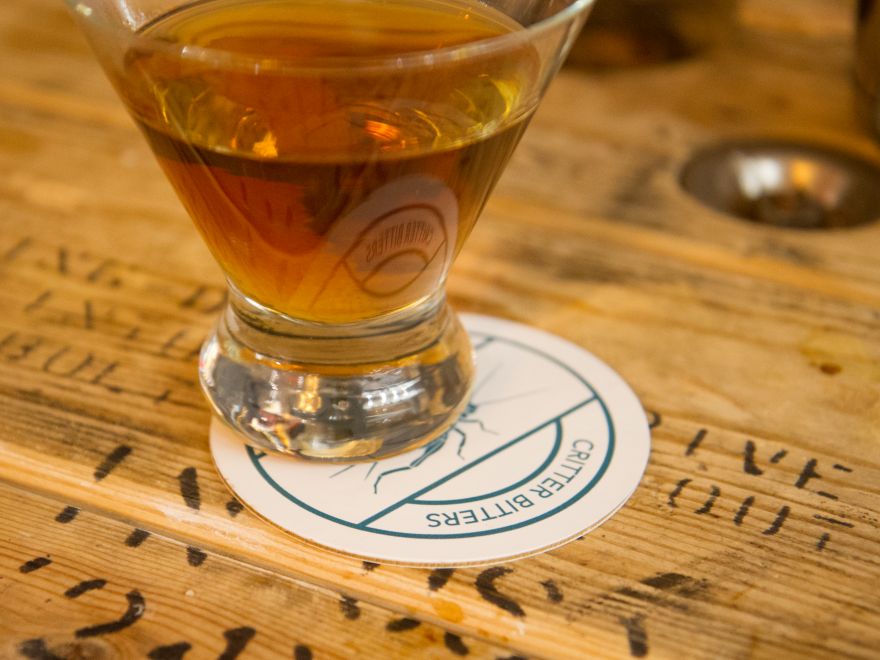 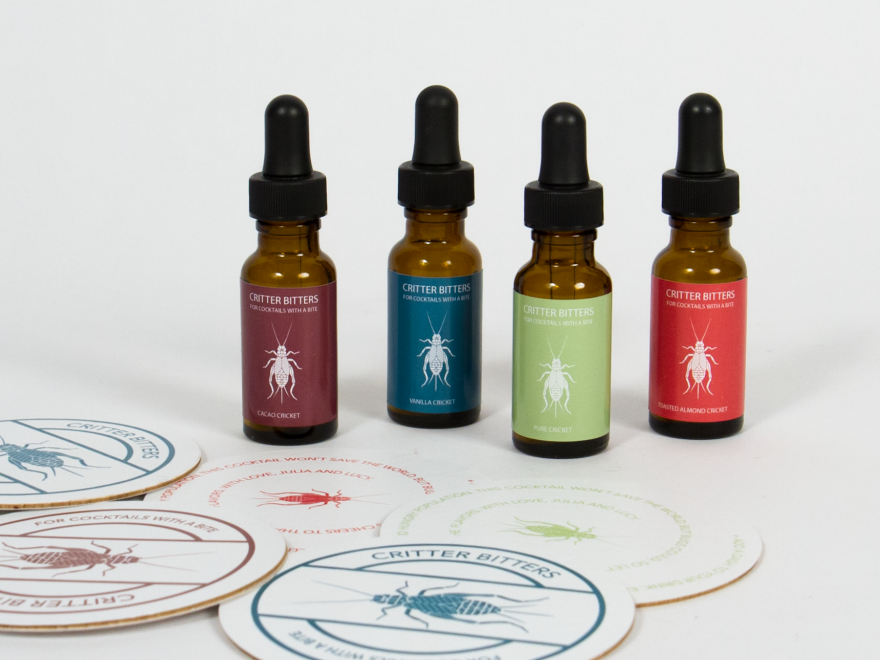 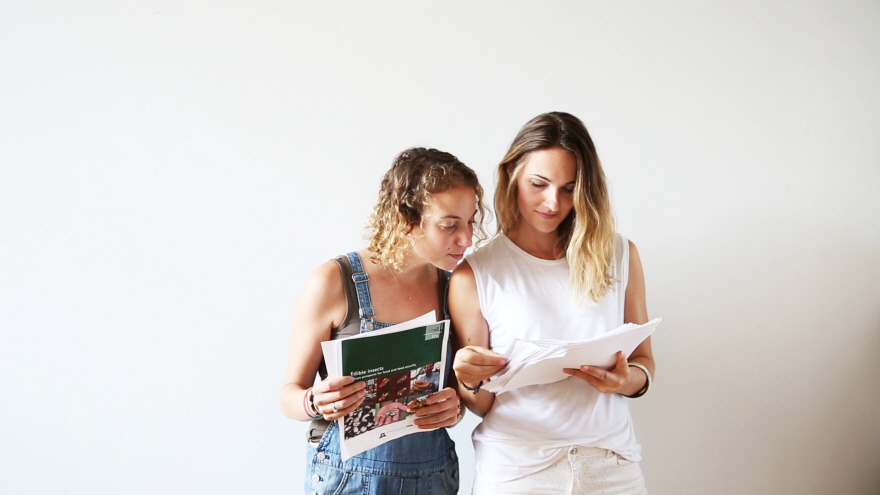 Cocktail bitters, sometimes considered the salt and pepper of cocktails, are a bartender's best friend. Bitters add depths of flavor to drinks and help stimulate digestion before and after meals.

Critter Bitters are cocktail bitters made with toasted crickets, which add a sweet, nutty note to drinks. Instead of adopting other cultures' traditions of eating insects, Critter Bitters give us the liquid courage we need to spark our own insect-eating traditions.

And what's more, Critter Bitters are the gateway to eating insects. Over two billion people around the world already eat insects regularly. But for those of us who don't, the idea might be hard to swallow.

Instead of adopting other cultures' traditions of eating insects, Critter Bitters give us the liquid courage we need to spark our own insect-eating traditions.

Believe it or not, there's actually a history of insects in alcohol. People around the world have been spiking booze with bugs for centuries.

In Mexico, there's the "worm" in mezcal (it's actually a caterpillar) which was believed to bring good fortune and strength. Its origin is still debated and cynics might chalk it up to being a marketing gimmick, but it turns out the worm actually changes the drink's chemistry and makes it a real-life aphrodisiac.

In China, they first began infusing vodka with scorpions during the Western Zhou Industry. According to traditional Chinese medicine, this drink has the ability to reinvigorate a person.

Flash forward to 2015 and we found that our friends are psyched to have bugs in their booze. They're more willing to try new things when it comes in a cocktail. And mixologists, who tend to be super creative, are always on the hunt for new flavors.

More about the designers:

We are Lucy Knops and Julia Plevin. We're NYC and SF-based designers who met in graduate school. Lucy is a seasoned bartender and Julia is a globe-trotting adventurer. We're passionate about making complicated issues digestible.