Inspired by the inflated metal designs of Oskar Zieta, graduate designer Connor Holland experimented with a D.I.Y sheet metal forming process, using a pressure washer and tap water. The result was a steel seat that mimics a plastic air mattress, giving it a distinctive structure that is both strong and comfortable. 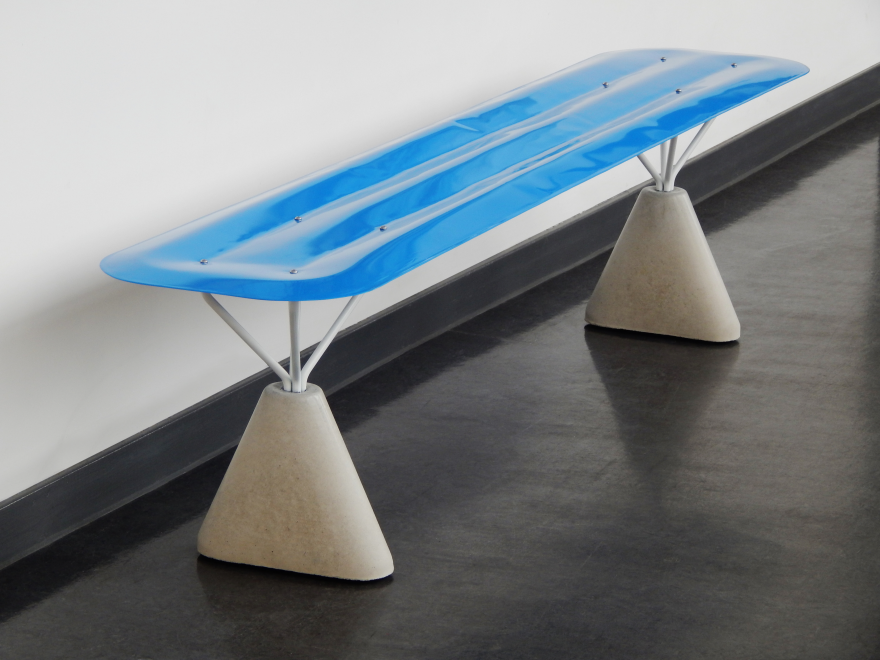 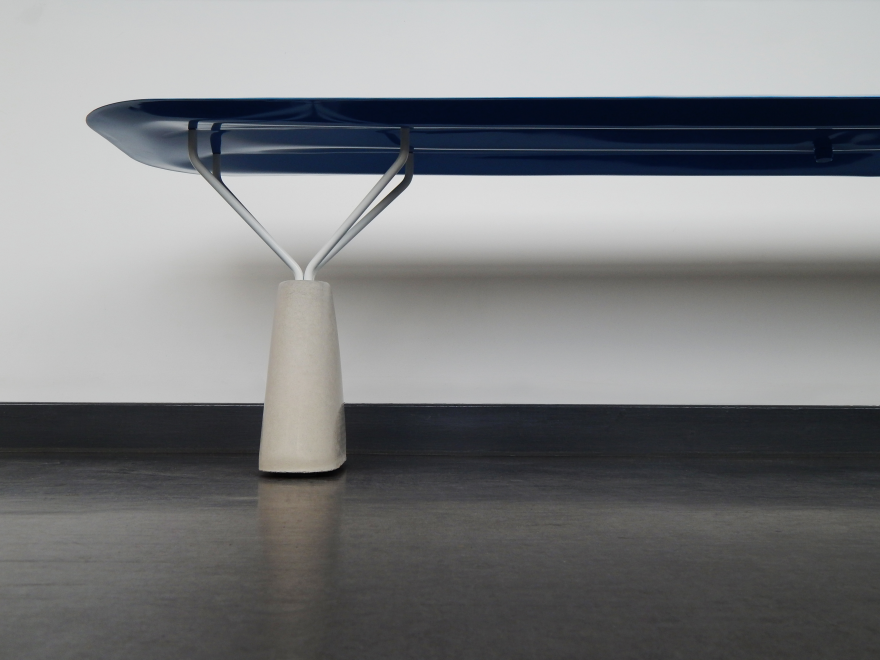 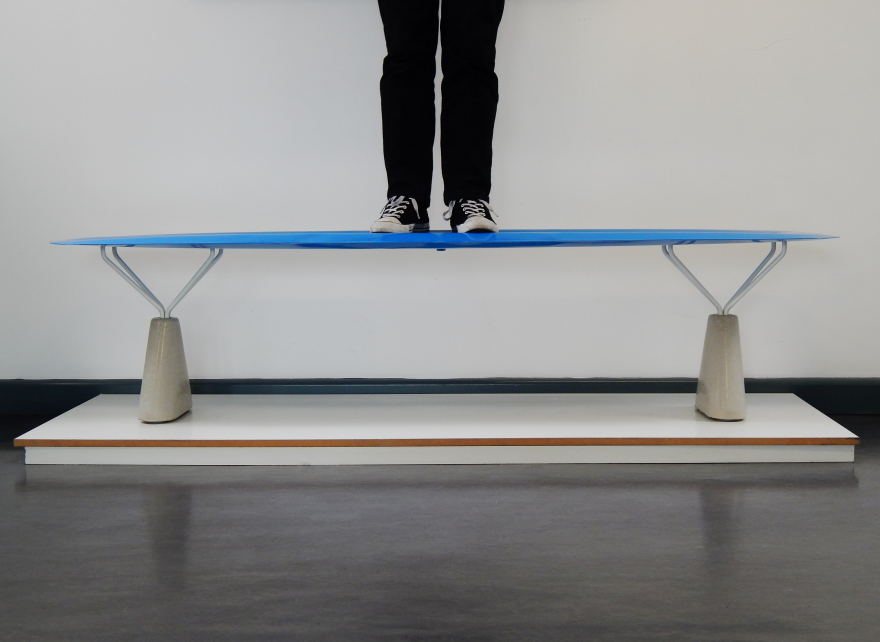 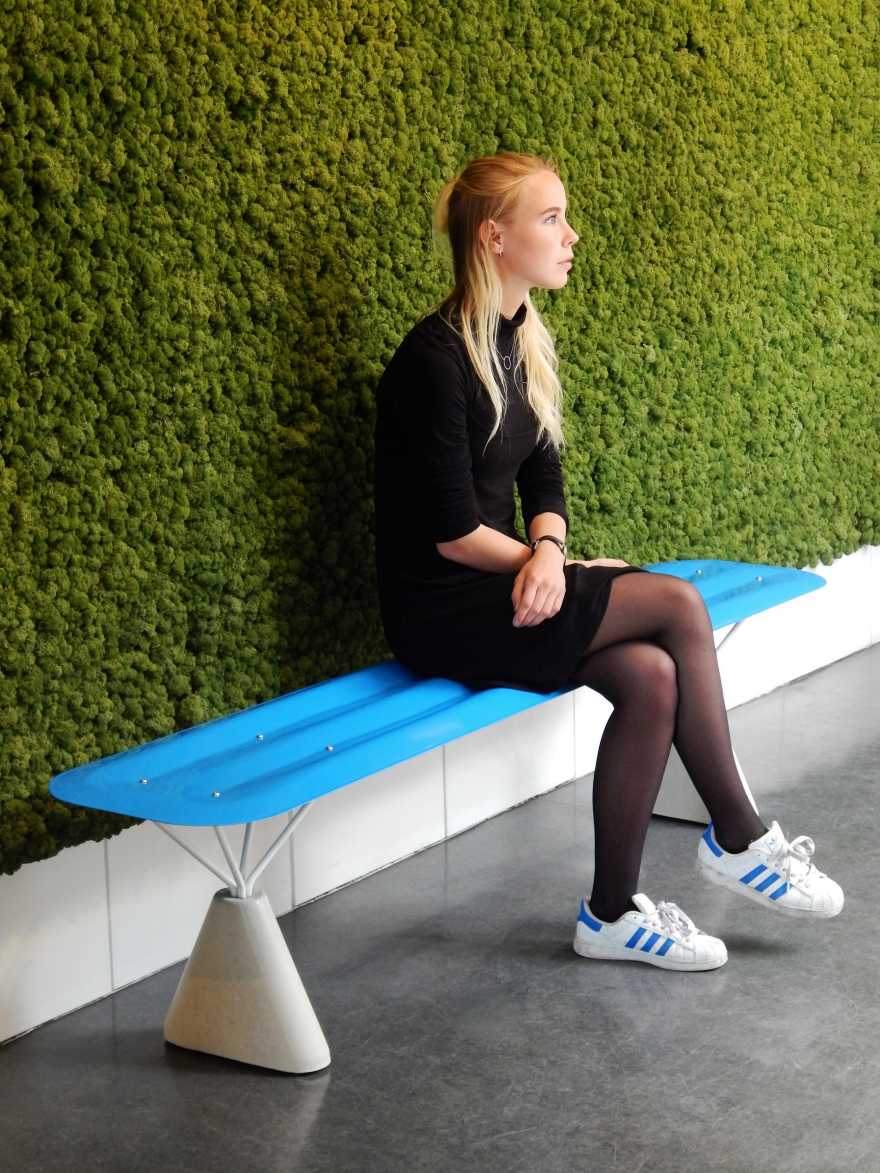 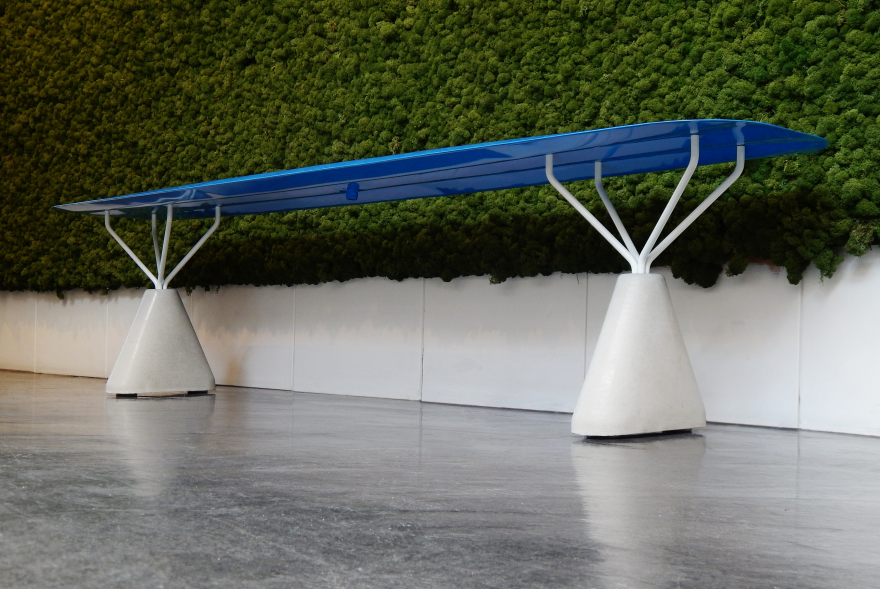 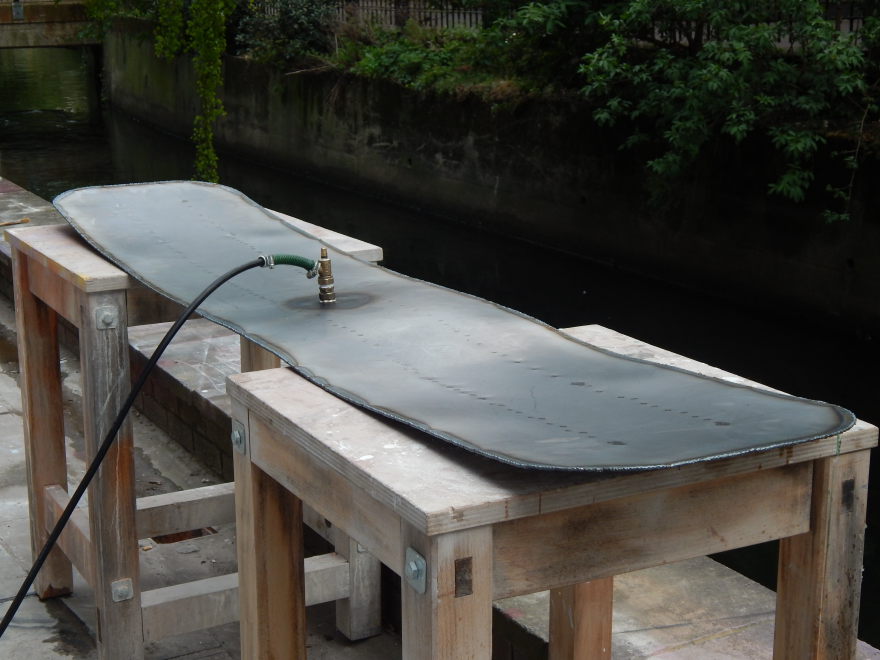 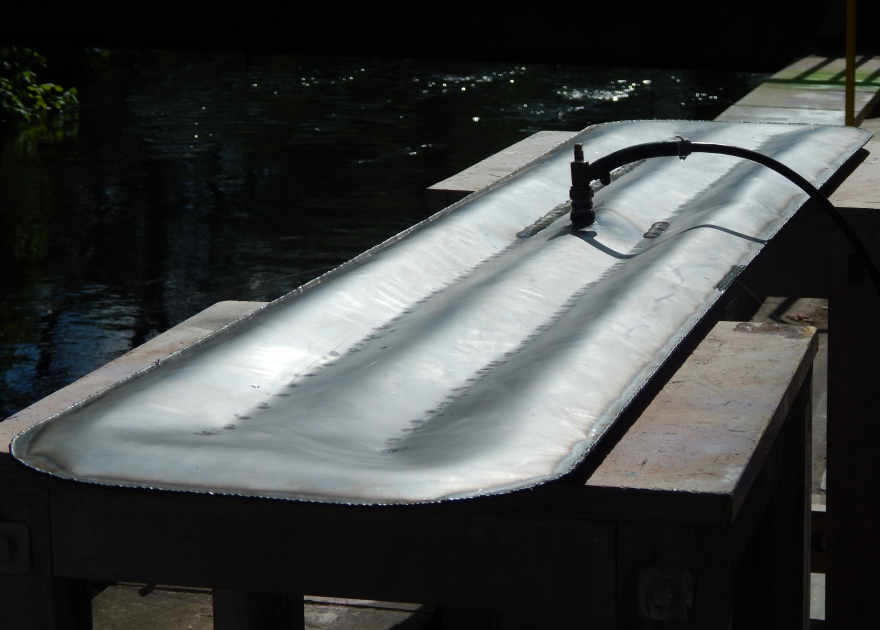 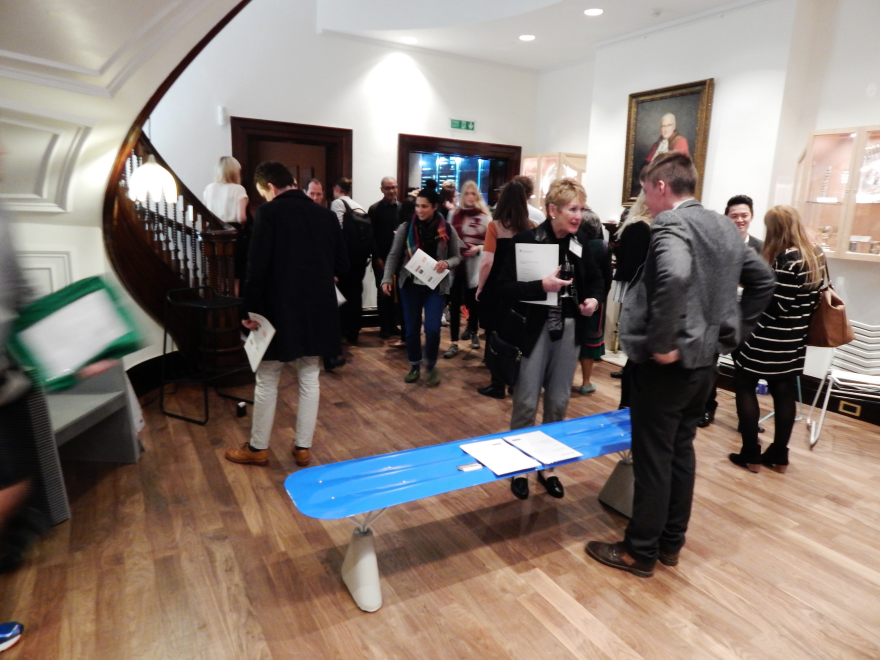 Connor first discovered the ‘homemade hydroforming’ process from D.I.Y videos on the internet, where a pressure washer is used to inject water into a sheet metal profile, inflating it like a balloon.

Taking inspiration from the impressive outcomes of these projects, he decided to recreate the process for his final major project at Kingston University. This led to the inflation of over a dozen sheet steel experiments; to determine which two dimensional shapes can be successfully transformed into functional three dimensional products.

After realising that his experiments with basic shapes did not result in very functional objects, he thought about mimicking plastic inflatables by creating a new test piece based on an air mattress. The test was a success, discovering that the Lilo form makes an ideal bench seat, with the distinctive structure giving both strength and comfort.

Wanting to keep strength as a main focus, the concrete and steel supports were inspired by bridge engineering, to provide a solid foundation while also creating the illusion that the Lilo is floating.

After the Lilo is fabricated, every weld is smoothed down before being powder coated with a bright and glossy finish, which mimics a plastic inflatable. This gives the bench a soft appearance which often surprises users when they discover that it’s actually metal.

In recognition of the innovation and craftsmanship of the Lilo Bench, Connor was invited to the Young Furniture Makers exhibition at the Furniture Makers Hall in central London, where he was presented with the YFM Bespoke Award and a set of power tools by Festool, the sponsor of the award. It was also awarded joint Best of Show, winning an all-expenses paid trip to Blum's facilities in Austria.