Sustainer is a reminder-based mobile app paired with a re-usable food container aimed to help reduce waste caused by disposable to-go food containers. The app and container are designed together as a cohesive system that addresses the main barriers to people bringing a reusable container with them when getting food to go which are forgetting the container, leakage, and carrying space. The inspiration for this project came from the excessive amount of disposable food containers being thrown out each day. The problem space then became 'what is preventing people from bringing their own reusable container with them when they get meals to go? 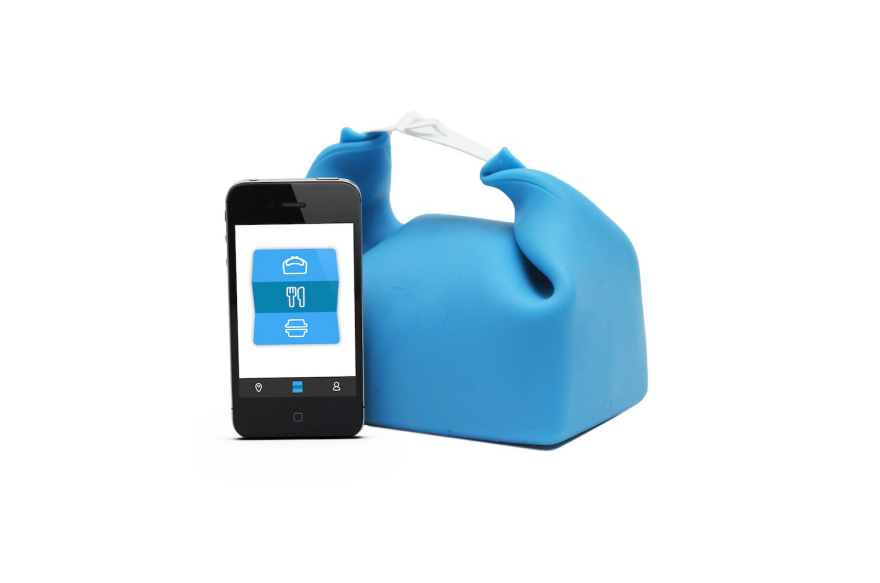 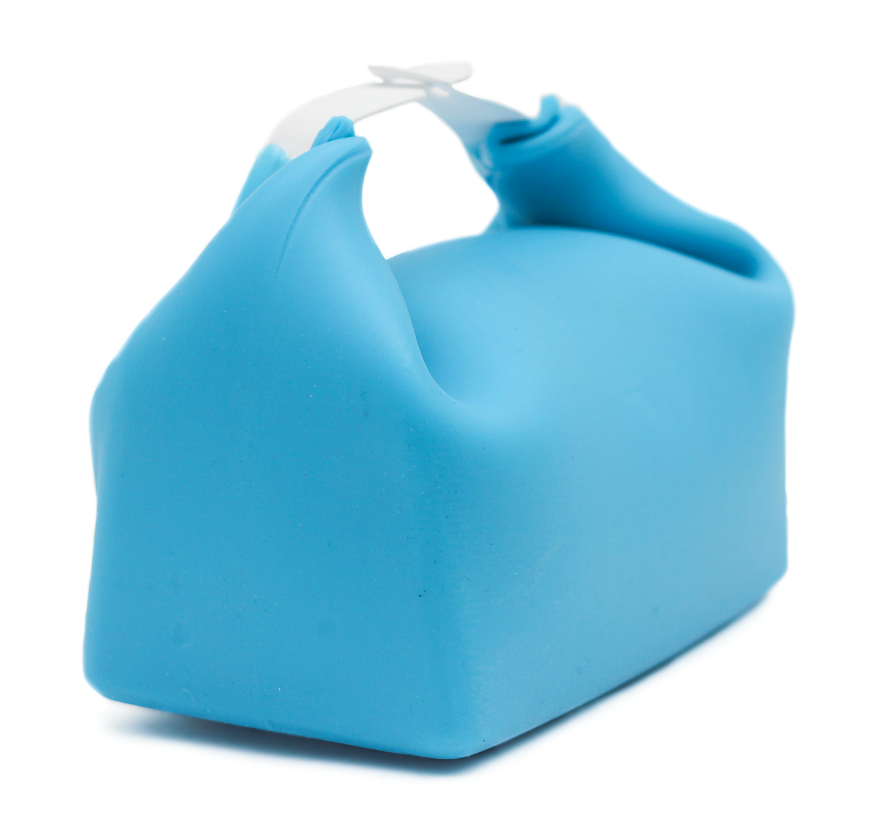 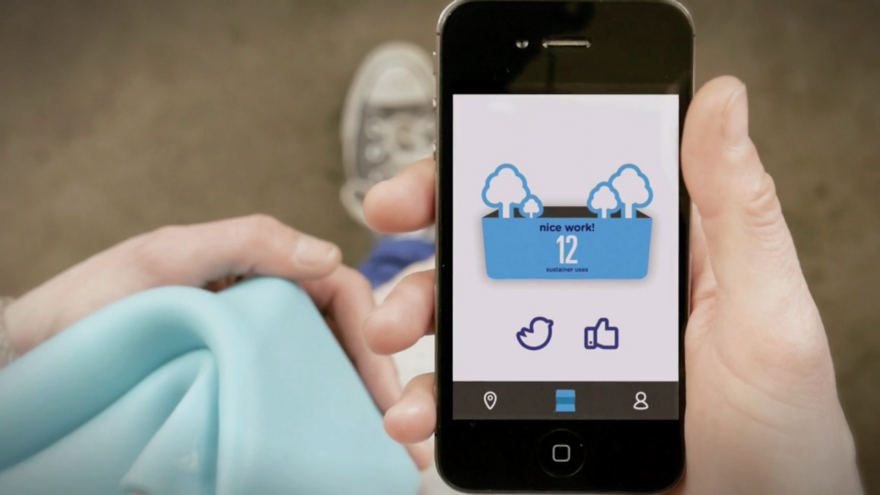 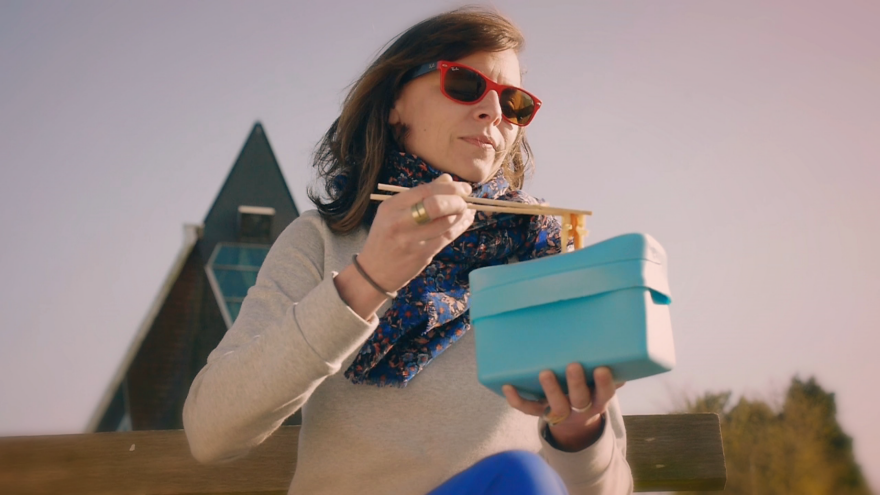 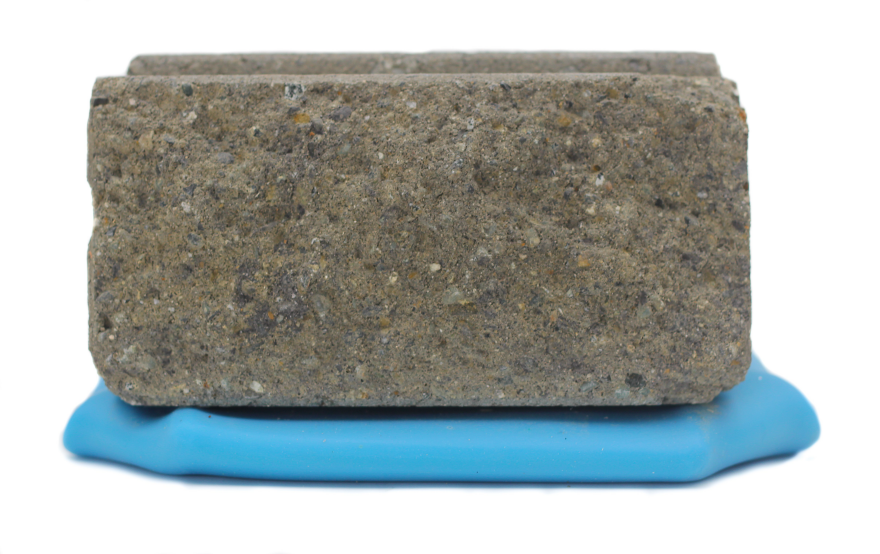 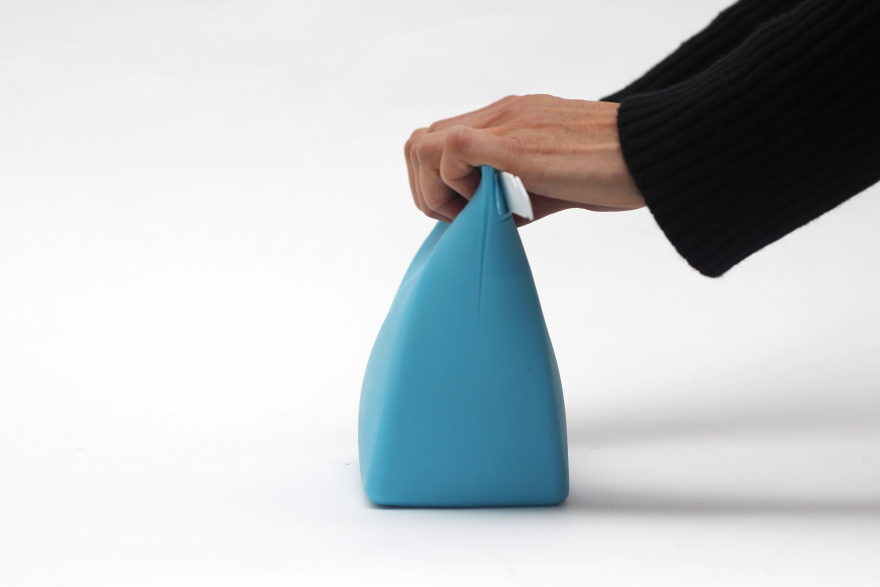 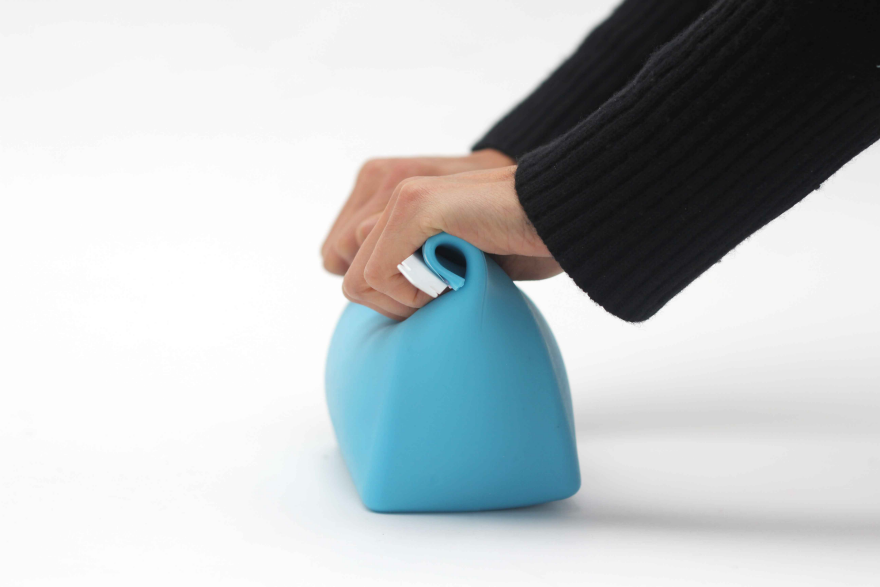 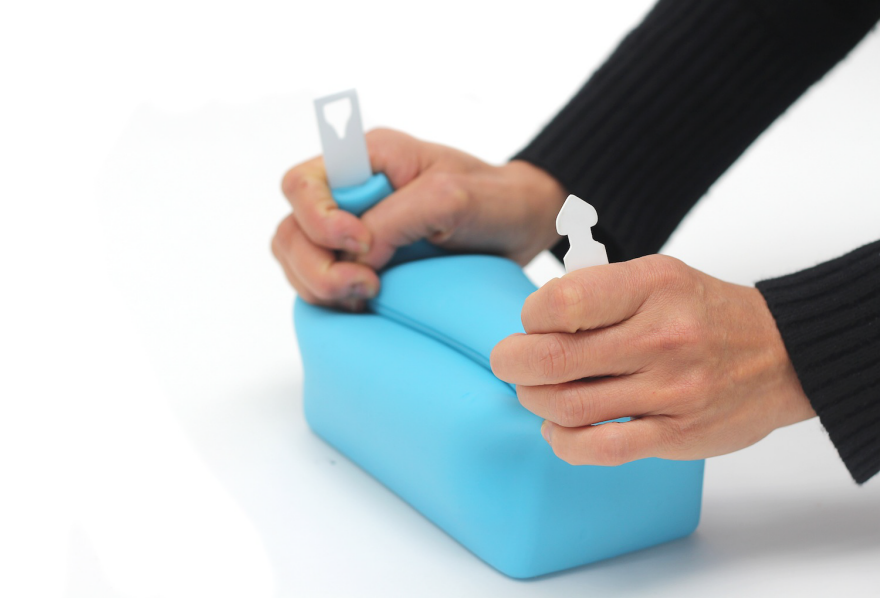 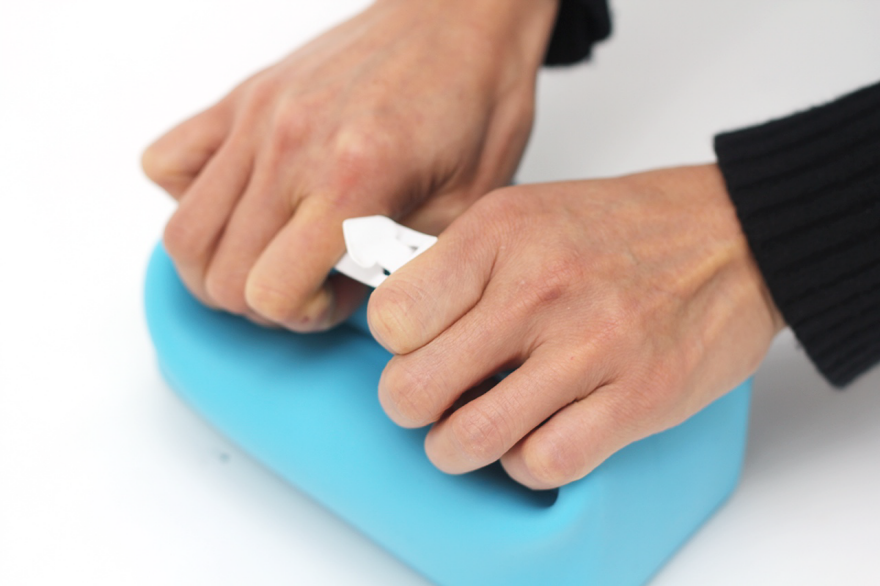 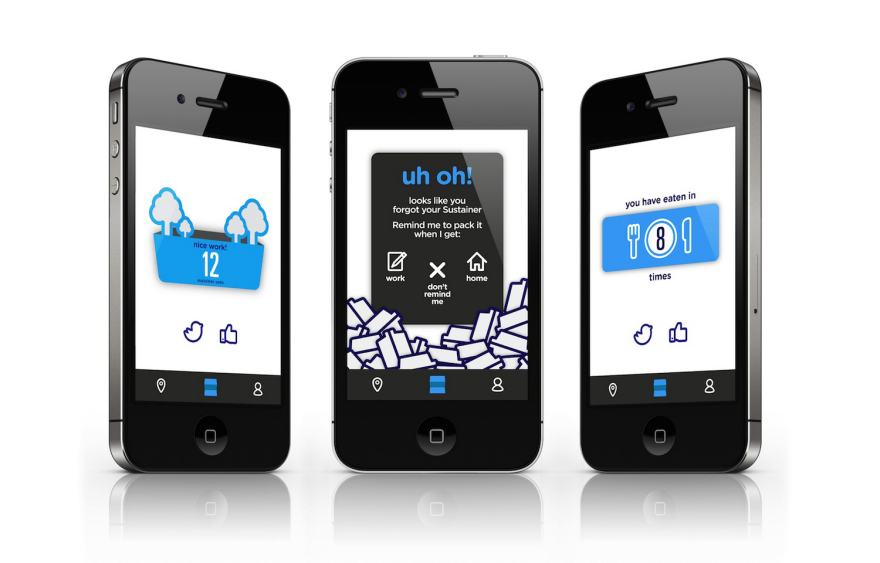 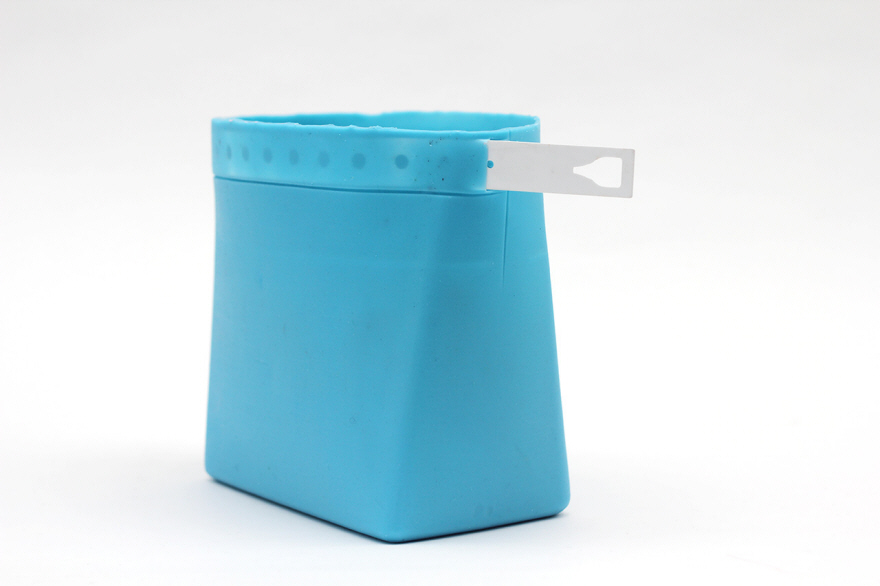 The physicality of the container addresses the second and third barriers of leakage and awkwardness. The container is made of food-grade silicon and features a fold-top design creating a perfect hermetic seal; influenced heavily by roll top kayak bags. The Silicon allows for extreme flexibility making transportation and washing extremely easy.

The app works by prompting the user when a person enters a particular restaurant. They then interact with the app by choosing one of three options and swiping down. Those options are: If they have brought their Sustainer, if they have decided to eat in, or if they forgot their Sustainer in which case they can be reminded to pack it when they arrive either at home or work. This is a pleasing interaction in which the user not only keeps track of their sustainability but also has the option to announce their progress through Facebook and Twitter. The app also includes a map element as well as a profile page where the user can view all their statistics pertaining to their container usage.

As an interdisciplinary design team we wanted to push the relationship the digital app had with the container as far as possible. We challenge the notion of literal smart technology, and develop the link through a visual and tactile relationship instead. The approach made the physical features and movements of the container be directly mirrored in the interactions of the app. This way the app and container became linked via their use and experience, not through an embedded chip.

One of the exciting features that enables the Sustainer app to work in this area of intervention is a technology often referred to as 'geofencing.' Geofencing uses GPS (Global Positioning Systems) and other location based technologies to set up a digital boundary around a physical location. In the context of the Sustainer app, the user would geofence frequented restaurants so that the app would recognize when they entered the restaurant and send a prompt. Many precedent mobile applications were studied including Nike Plus, The Jawbone Up, Fitbit, and several others. These 'meta products' helped to inform the interaction the user would have with Sustainer.