A student team from TU Delft in the Netherlands has designed and produced a fully functional 3D printed stainless steel bicycle. The students designed the frame of the bicycle to demonstrate the potential of a new method for 3D printing metal.

The students achieved the goal of their three-month project by printing the bicycle frame with the help of MX3D in Amsterdam. The bicycle was designed as part of a research project at the Industrial Design Engineering faculty into the viability of metal 3D printing using a welding process. Part of wider research being done at the Delft University of Technology and the 3D Building FieldLab. 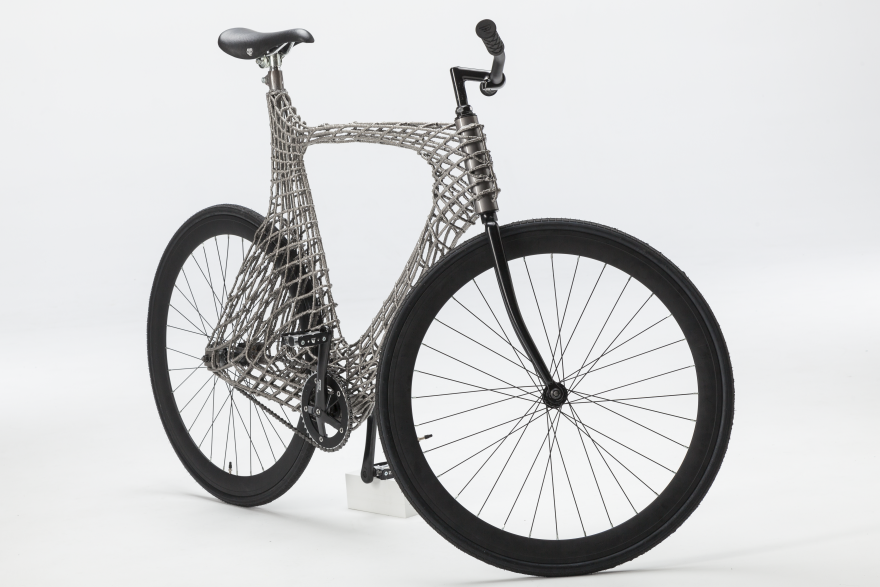 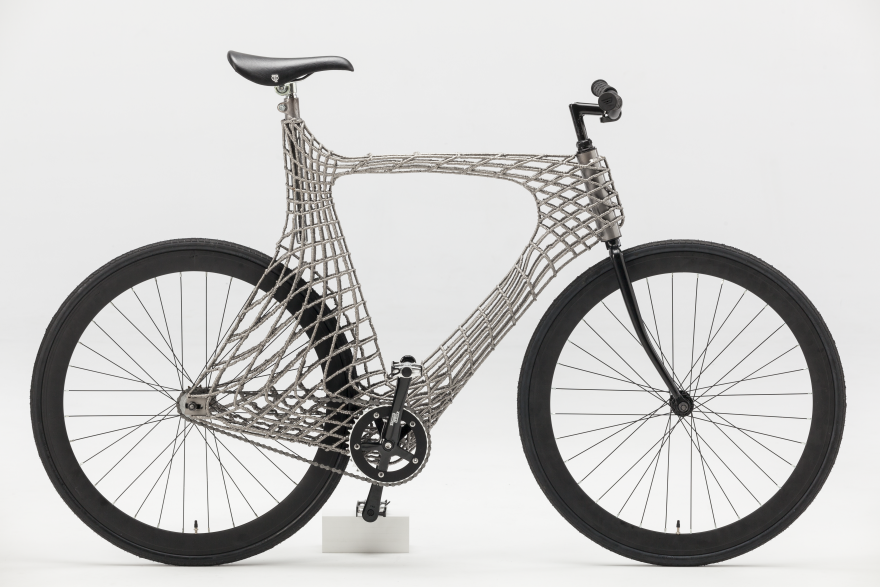 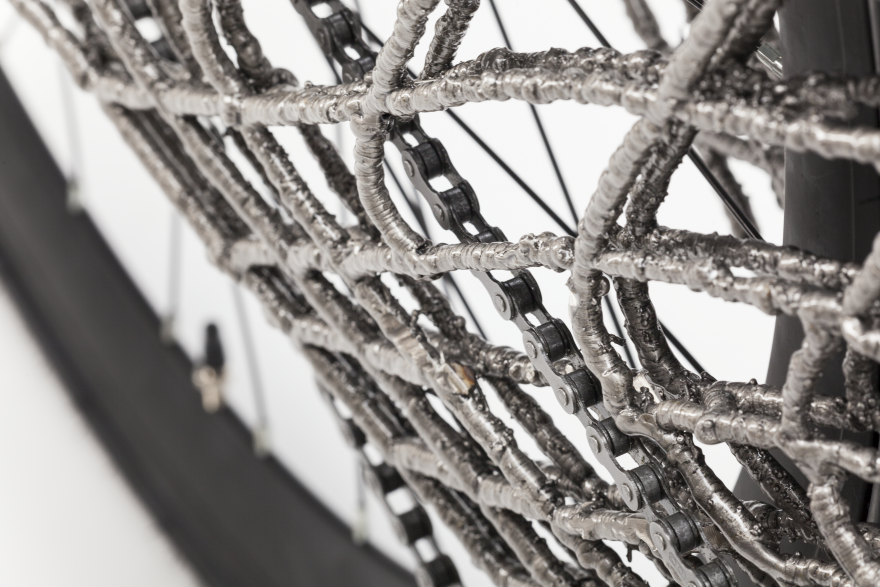 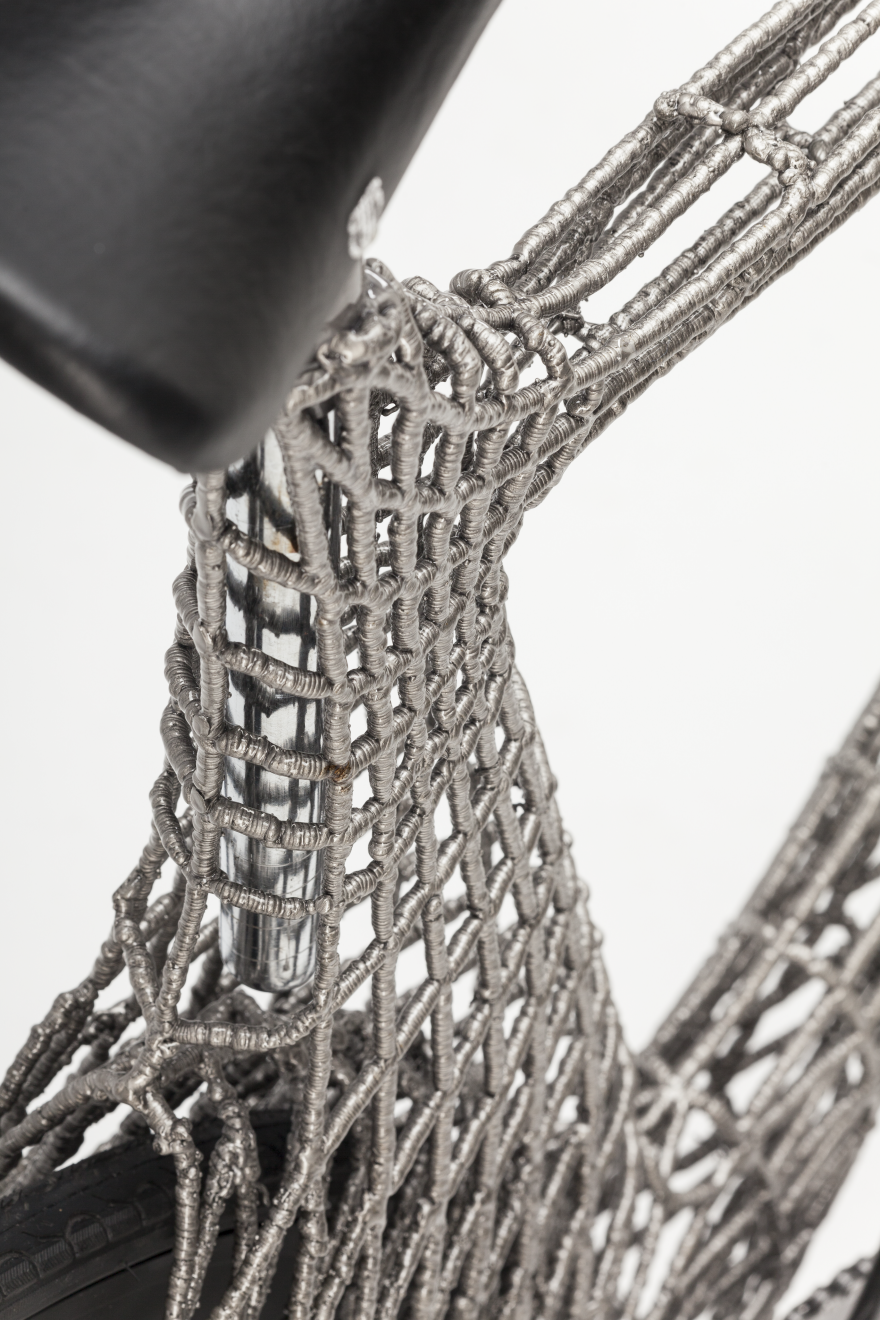 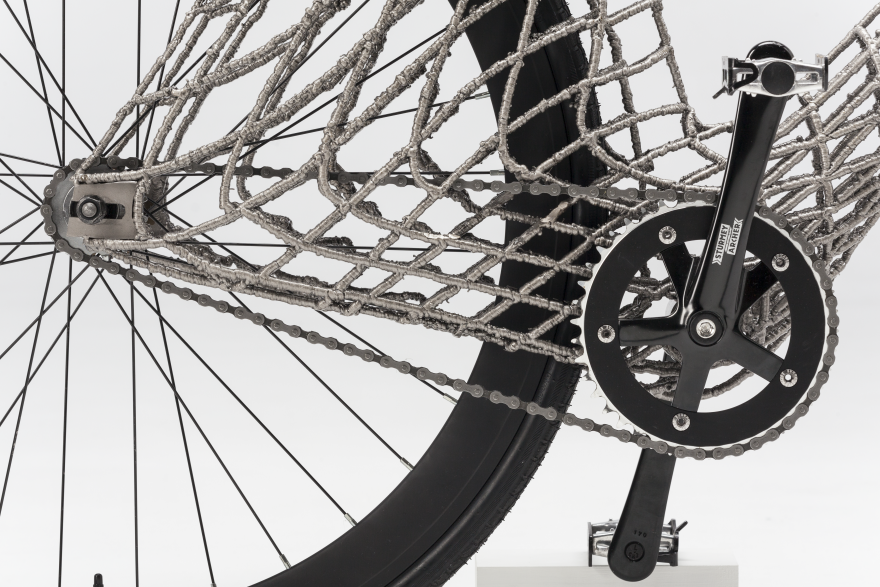 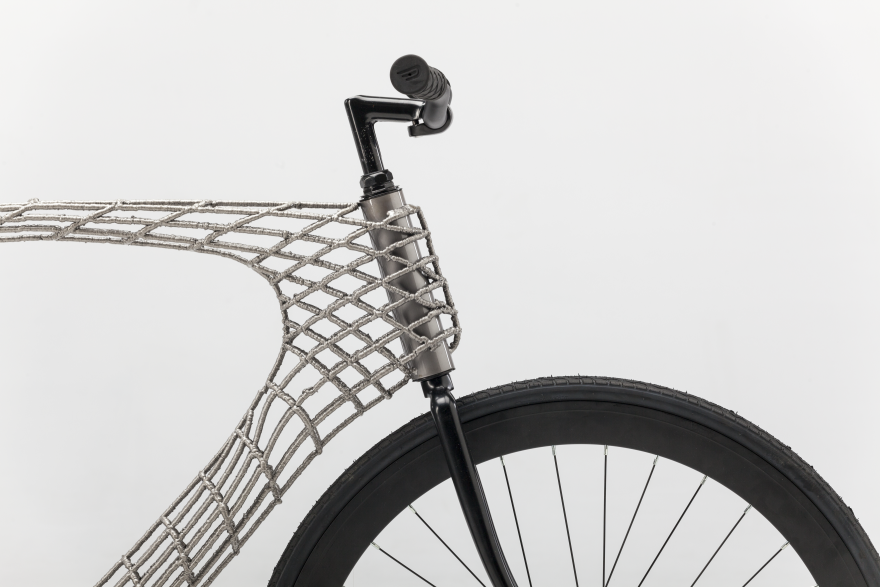 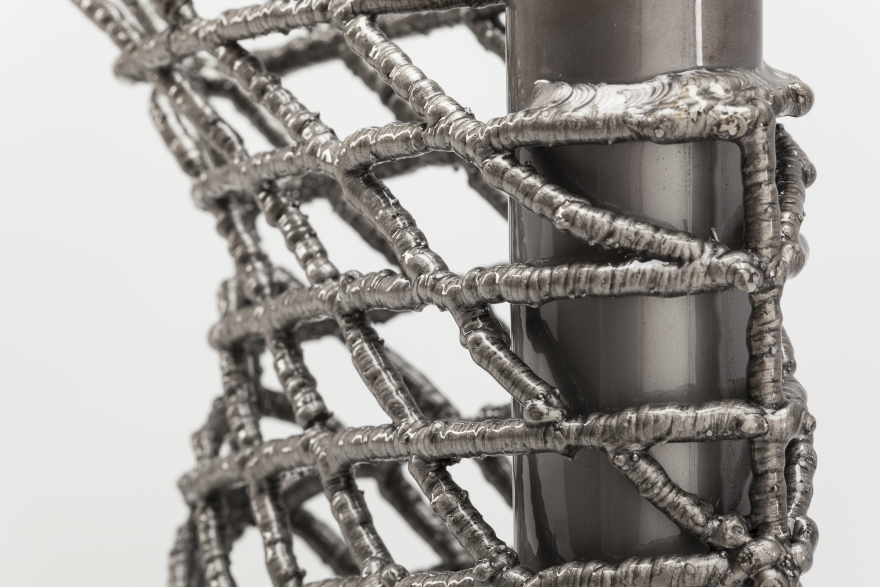 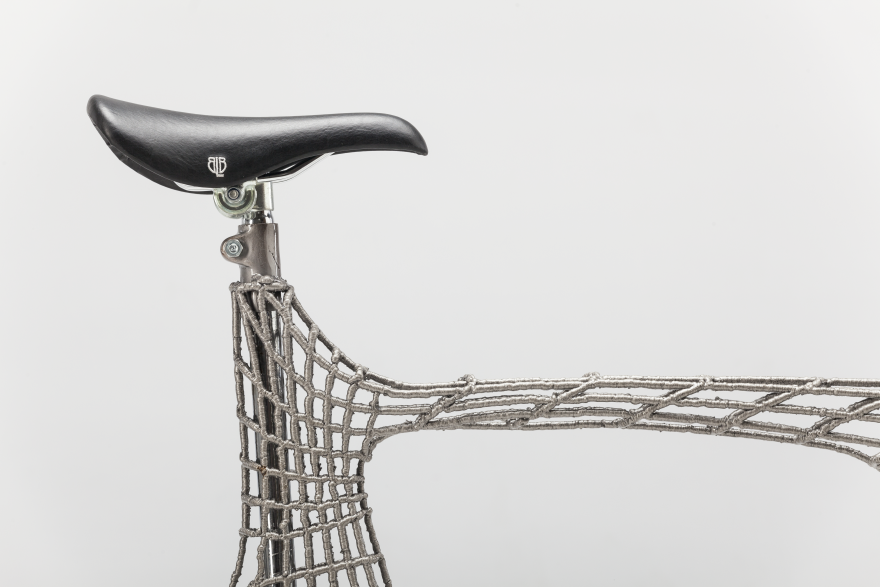 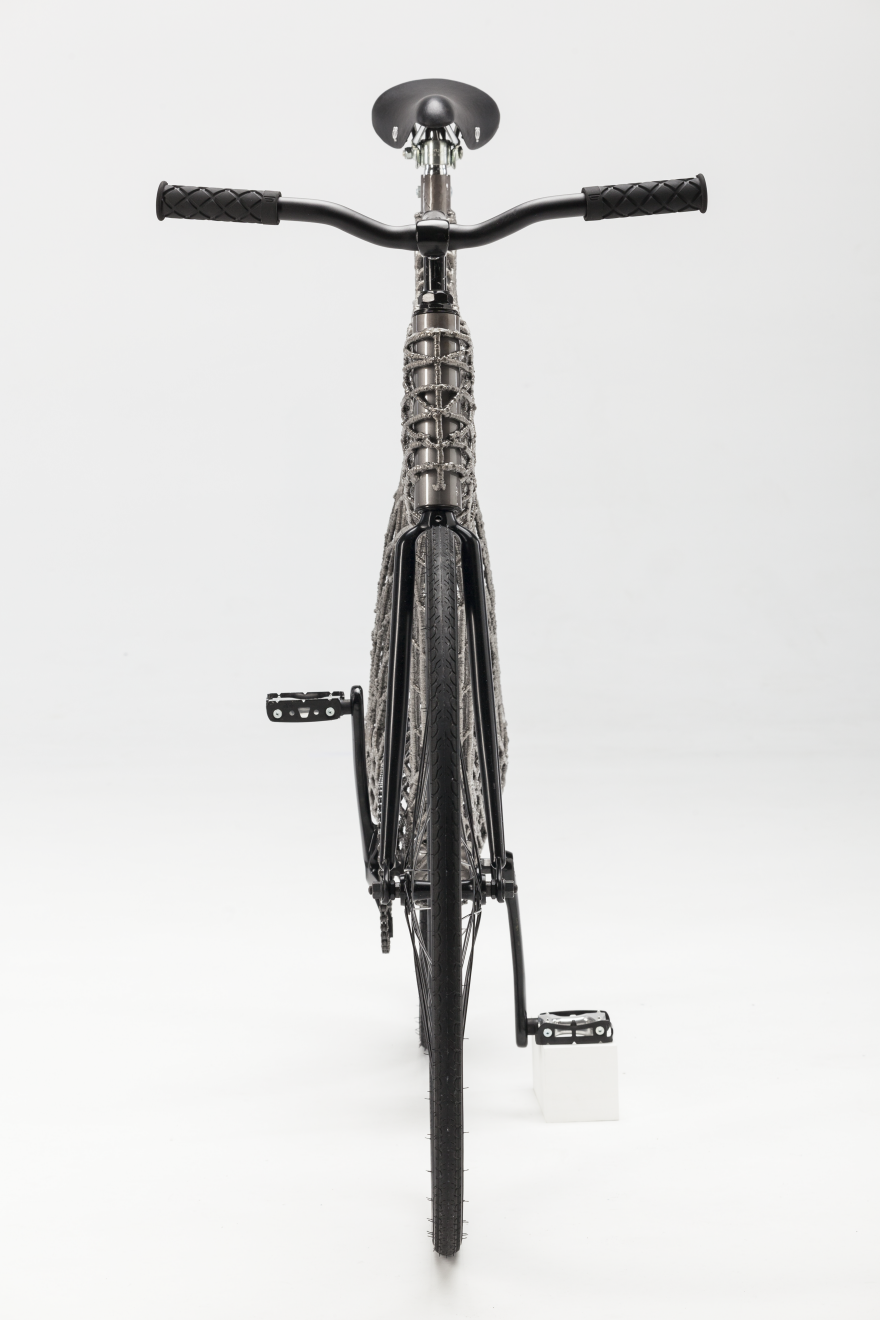 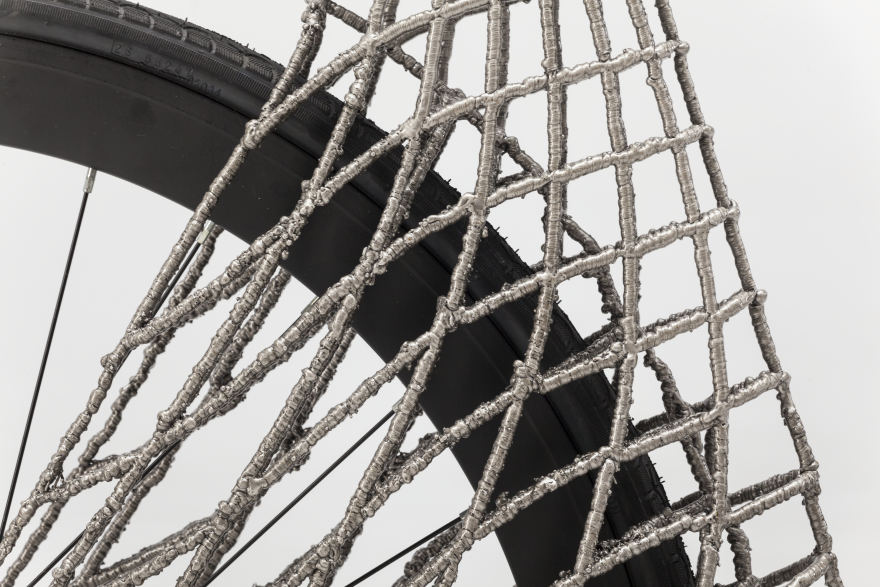 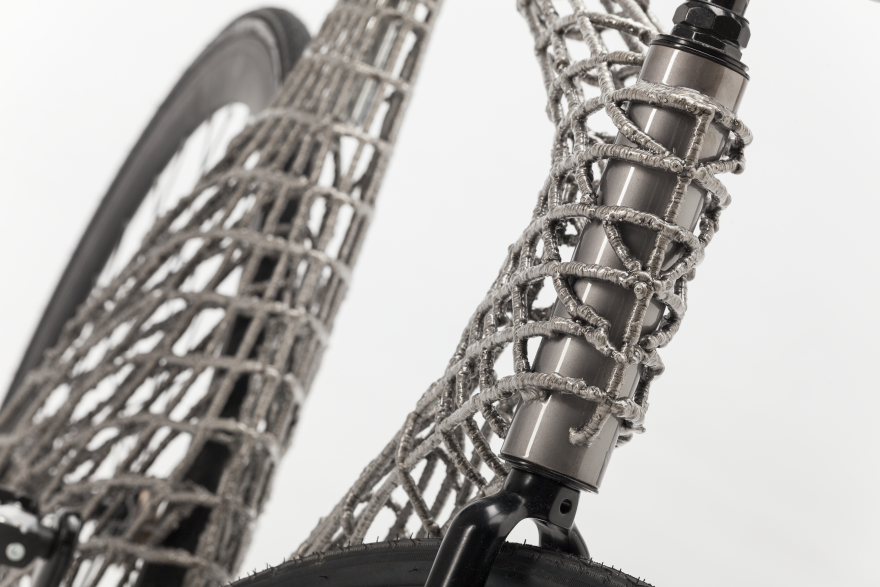 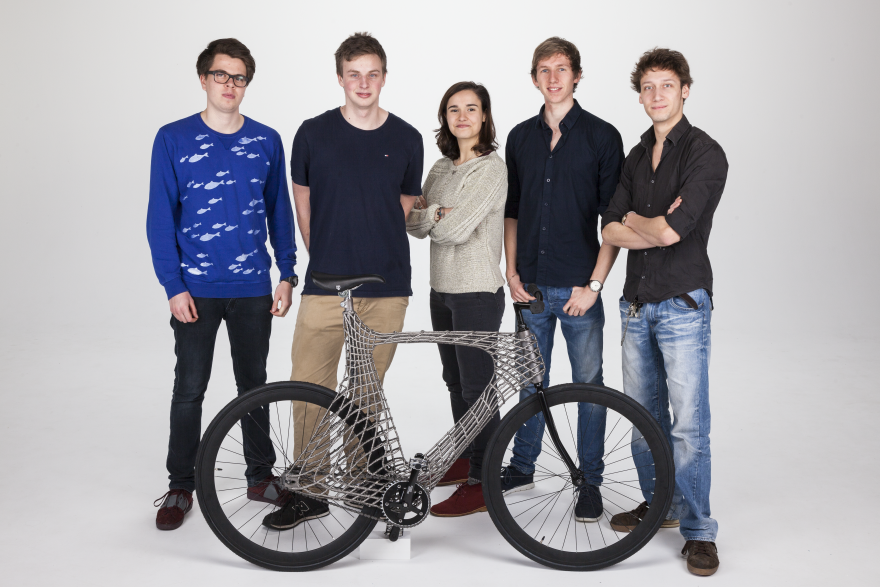 "It was important for us to design a functional object that people use everyday. Being students in the Netherlands, a bicycle naturally came to mind. A bicycle frame is a good test for the technology because of the complex forces involved." - Stef de Groot (Arc Bicycle team)

The frame was printed with the help of MX3D, an R&D start up in Amsterdam, who specialize in multi-axis 3D printing. The company has developed a ground breaking method for using multi axis robotic arms as 3D printers. This allows metals and resins to be printed mid-air in any direction without the need for support structures. The company made world news last year when it released plans to 3D print a steel pedestrian bridge in Amsterdam. Through the 3D Building FieldLab, MX3D invited the students to use their equipment to design something to showcase the new printing technology. These projects would help test the print software MX3D, together with partners such as Autodesk and Arcelor Mittal, are developing for the bridge project.

In a video about the production of the bicycle, the students prove the frame's strength by riding it around the city of Delft and demonstrating that it can really be used in real world conditions. It weighs about the same as a normal steel bicycle and performs well on the often bumpy cobblestone streets of the city.

The first bicycle ever to be 3D printed using a welding process, the students hope that others will build on their research when designing 3D printed metal bicycles in the future.