Data Cocktail is a synesthetic way to consider digital data.

Now, you can actually drink Twitter: when a cocktail is desired, the machine will look for the five latest messages around the world quoting one of the available ingredients. These gathered messages will define the drink composition.

Data Cocktail not only provides a unique kind of drink, but also prints the cocktail's recipe along with the corresponding tweets— a gift you can take with you.
If you're wondering whether a tweet about Santa Claus in Winnipeg in Canada can take part in generating a cocktail in Nantes, we say yes! Data Cocktail is a machine but that doesn't mean it isn't polite—once the cocktail mix is realized, Data Cocktail will thank the tweeter's account who have, without knowing it, helped at realizing the mixture. 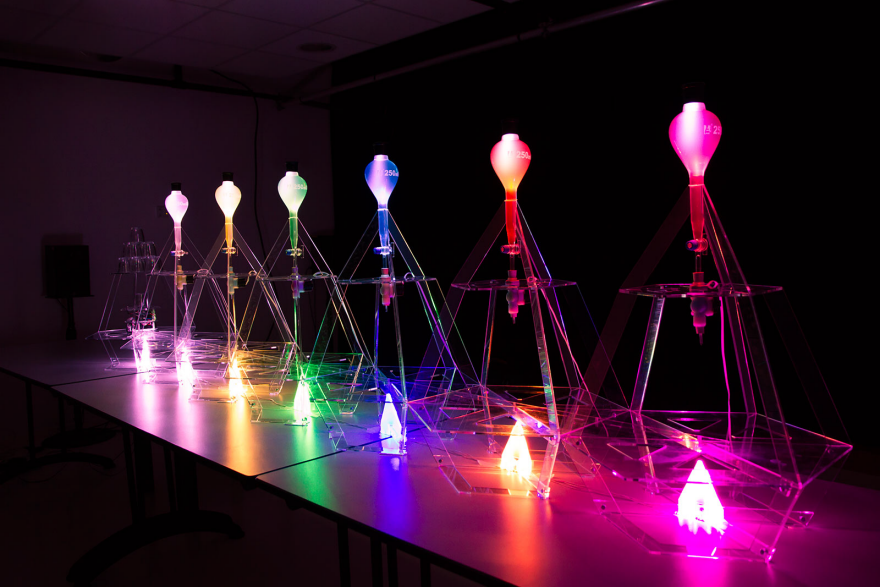 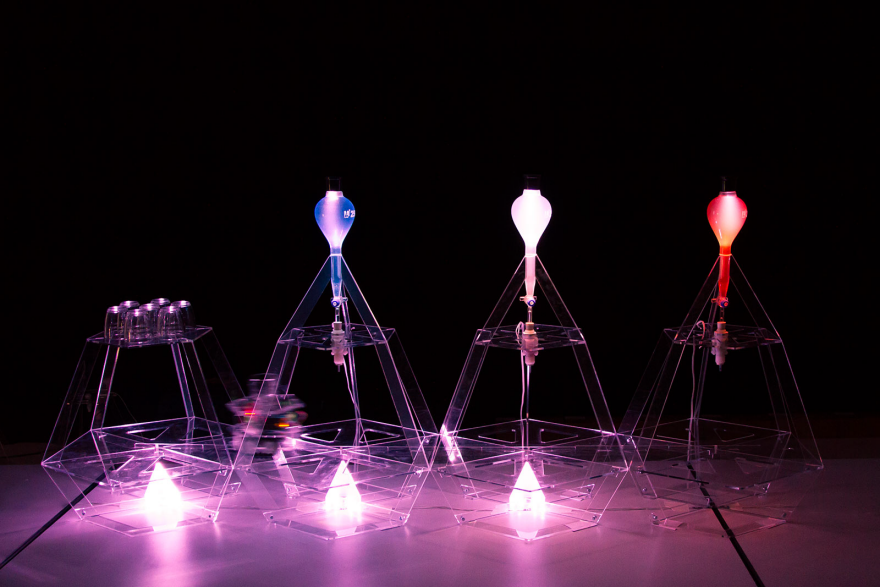 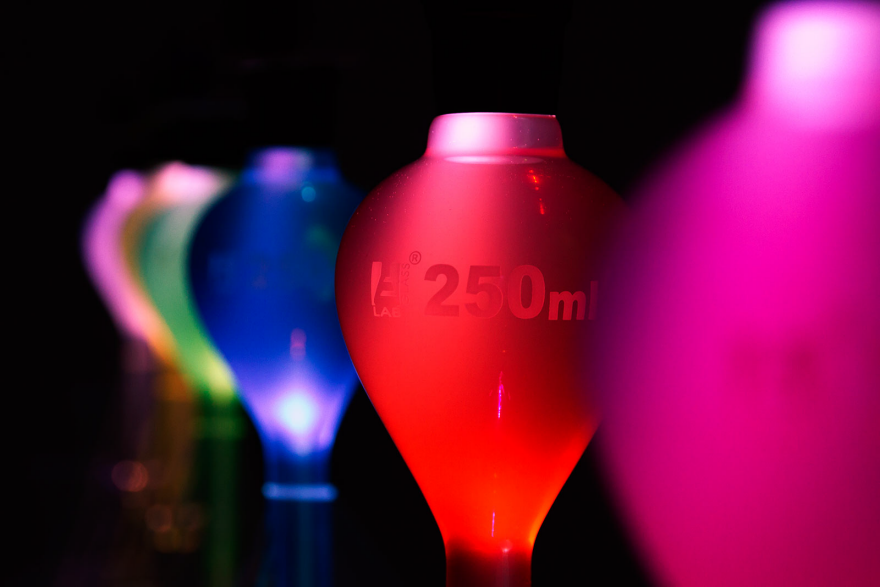 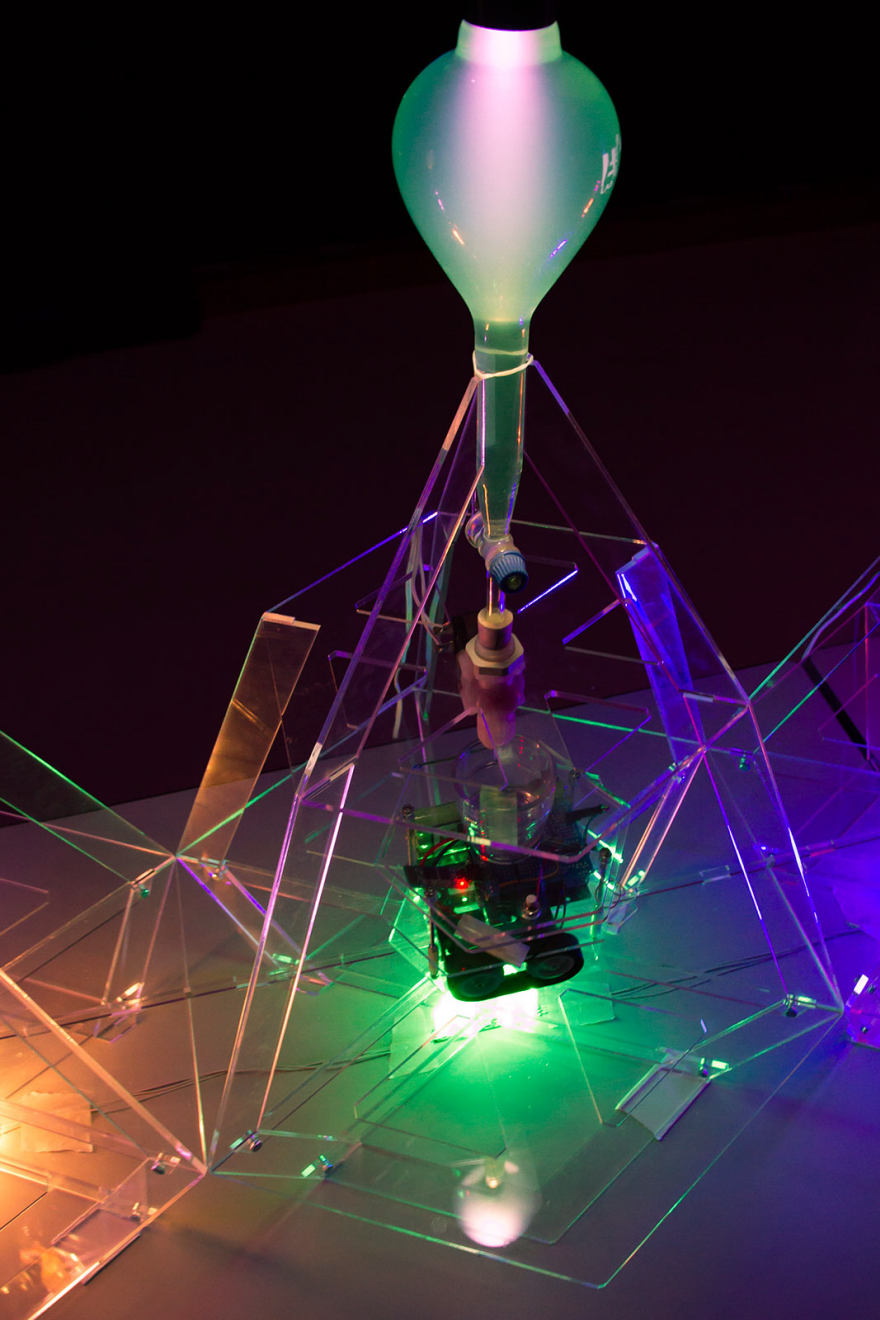 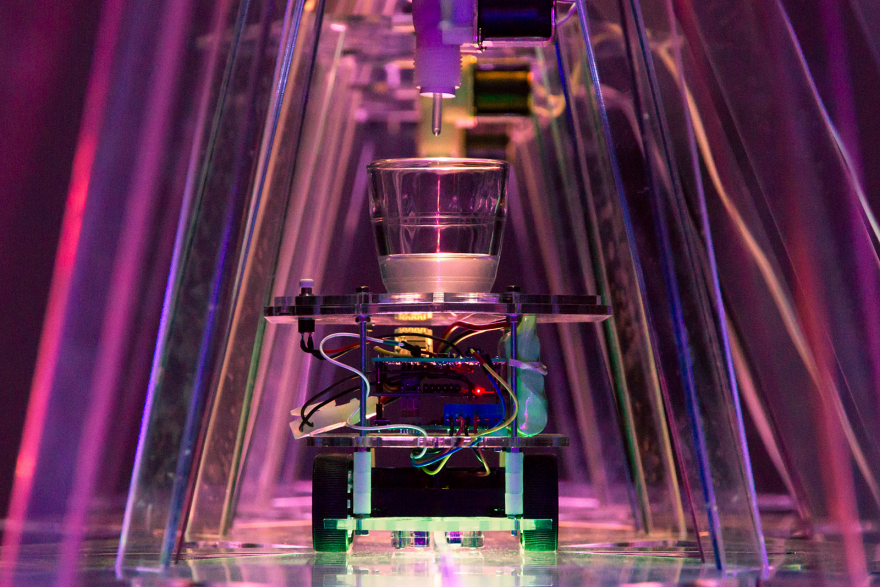 Which cocktail ingredients can be used?

Basically any. Only dense or viscous ones should be avoided.

The system will accept either words (e.g. chocolate or rabbit), hashtags (e.g. #COP21 or #res2016) or also mentions (e.g. @fhollande or @Cointreau). Curiously, only the word 'Twitter' cannot be picked.

Naturally. For a special event, we may either use your personal account, the one of your company or the one created for the event.

How long does it take to prepare the cocktail?

Depending on the device configuration, the preparation of the cocktail can take up to a minute. Also, when many visitors are expected, the ingredients containers might require a refill.

How about system tuning or possible variations in configuration?

In its current configuration, Data Cocktail may provide up to 6 different ingredients, corresponding to 6 different twitter requests. However, the device could potentially propose more. Moreover, cocktails usually contain 5 doses, a number that can be modified on demand. The videodemonstrating Data Cocktail shows the base of the display on the left side. It can however be located either on the other side or in the middle, allowing comparison of two groups of requests.

The device currently produces cocktails based on tweets, however, other projects are in preparation.

Technically speaking, how does it work?

Data Cocktail uses Processing and Arduino programming languages. A first application, developed in Processing, pilots the device. The requests are performed using the Twitter4J library, then the application processes the data and controls the device, i.e. the robot, the solenoid valves and the light. The robot itself is based on a modified Zumo frame, an Arduino Pro, a Motor Shield and a Bluetooth module. The solenoid valves and the LEDs are controlled by an Arduino Due connected via USB. The impression is realized by Automator.

Data Cocktail was supported by Stereolux and built at FabMaKe.