Shibusa is a hassle-free commuting solution for getting to and from work while maintaining the ability to enjoy bike-riding in other recreational situations. Shibusa offers the benefit of being a capable electric-assist bicycle while also maintaining the spirit of a human-powered bike when the necessary components are swapped out. Modular components of the bike are both upgradeable and interchangeable meaning that personal appeal and possibilities far surpass that of current bicycles on the market.

Shibusa is the result of a nine-week bike study by Elvin Chu, Joshua Dycus, and Courtney Gruber, and advised by Professor Kevin Shankwiler with sponsorship by SRAM. 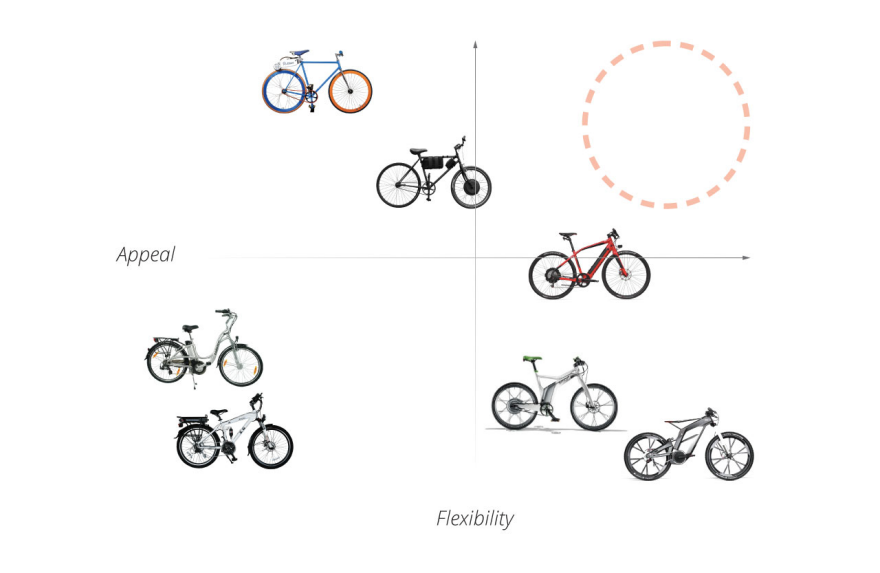 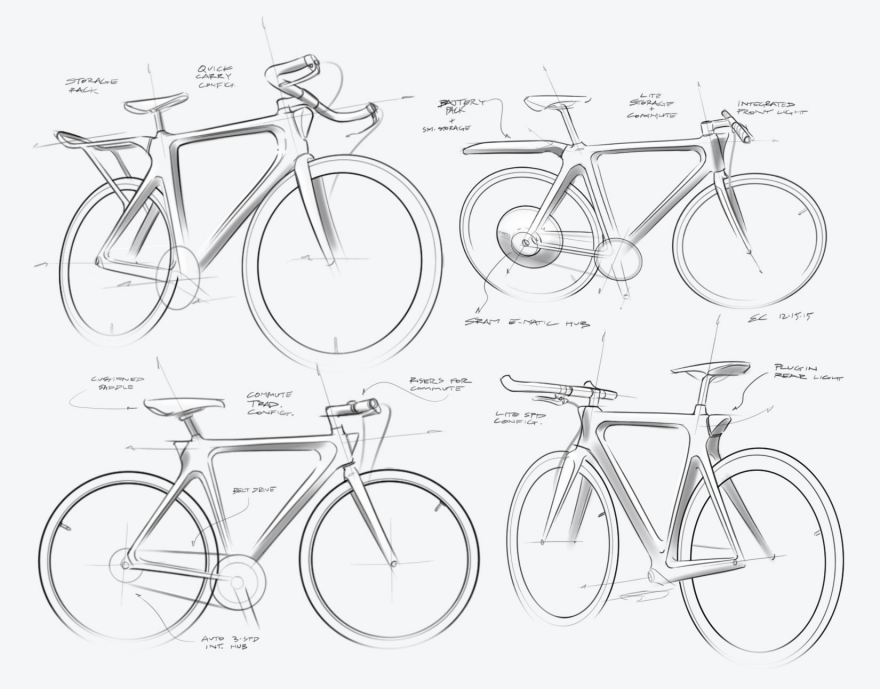 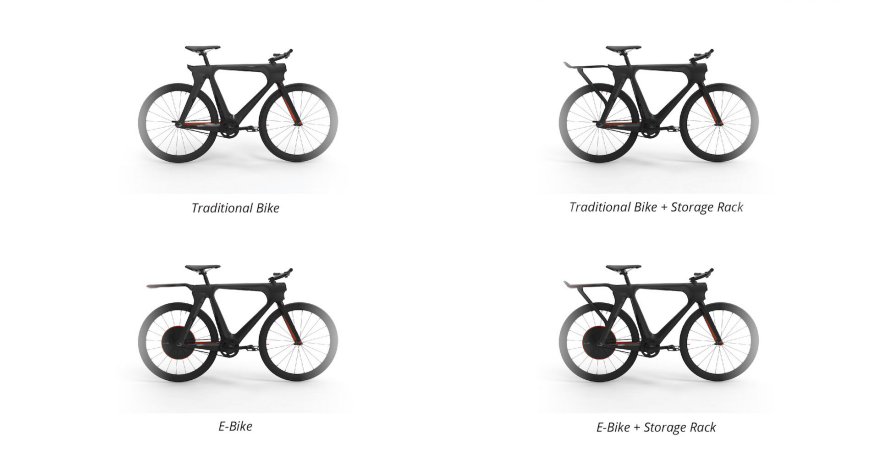 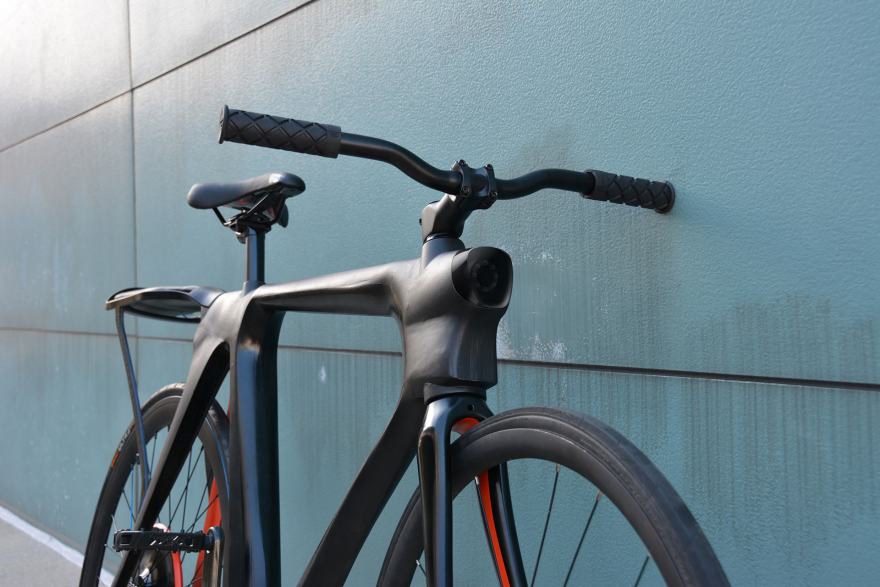 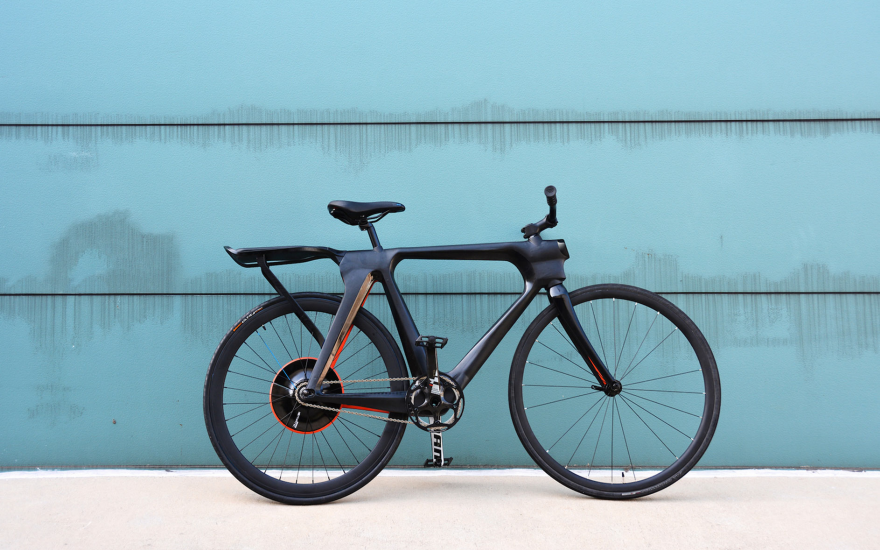 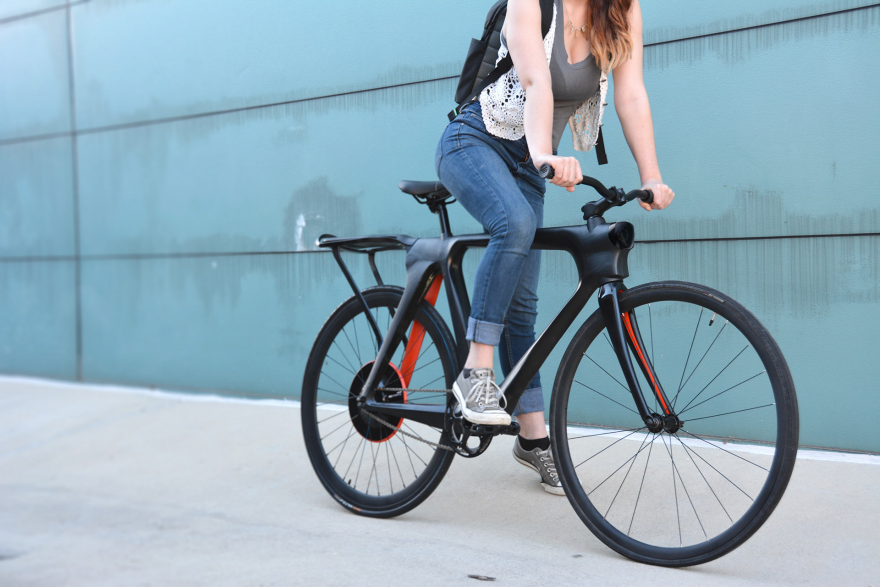 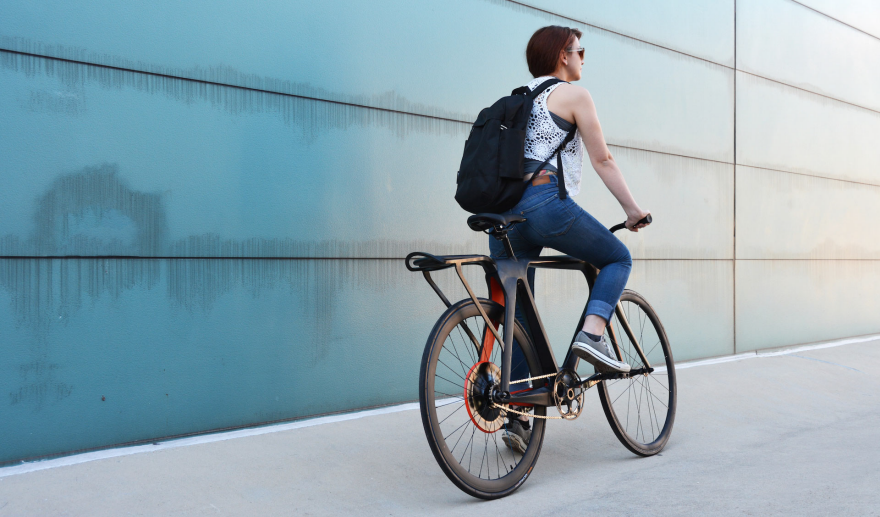 Whether due to concerns of safety or physical effort, commuters are often deterred from riding a bike to get to work. Take a city like Atlanta (where the project is based): it is very hilly, densely populated, full of traffic, and incredibly hot in the summer. These are all documented hurdles influencing people's choice whether or not to commute by bike. How can all of these things be overcome? E-bikes (electric) exist, but alleviate only some of these stresses. However, we discovered that many current cyclists would not step close to an e-bike, and that users found them to be bulky, heavy and unappealing. We set out to encourage people to leave their cars and find a solution to address the needs of the novice cyclist commuter without sacrificing the spirit of traditional bike riding.

Shibusa is a platform that gives the user the freedom of riding with or without an integrated electric-assist system by easily swapping a few components. The e-assist system enables longer but easier commutes, while the alternate configuration allows for fun and exhilarating human-powered rides for recreational use. The heart of Shibusa is a bespoke connector which enables multiple components to integrate and swap out. The Shibusa modular system has two main configurations:

An energized configuration (a lithium-ion battery and a rear wheel with an integrated electric motor); and

A non-energized configuration (a rear wheel with an internally-geared hub and a rear safety light component).

A rear cargo rack is also integrate-able into either configuration, which enables transport of larger items and protects the battery component.

By taking a streamlined and modular approach to Shibusa's systems design, we arrived at a solution that can adapt to the needs of each user and to changing riding scenarios.

While electrically-assisted bicycles are growing in popularity in the US (and especially in Europe), there remains a strong user aversion to them among the existing cycling culture. This makes it difficult for manufacturers to make affordable electric bikes due to the relatively small user market. One method for designing for small niche markets is to leverage platform design and modularity. The problem is the distinct attitude split between users who find the e-bike appealing and those who do not. Trying to solve this is more than just physical appeal. The design must be approachable enough in form and function to appeal to both sets of users. Also, the way in which the user interacts with the bike needs to be simple and capable of catering to their needs within different contexts; so as to not have to deal with unnecessary componentry. Shibusa is both an e-bike and traditional bike in one. It has a form and aesthetic that is freshly dynamic yet traditional to appeal to new cyclists without alienating existing ones. Its modularity makes the conversion between an electric assist bike and a traditional human powered bike quick and simple. Simply changing the rear wheel and unplugging the battery unit from the bespoke connection system transforms Shibusa into a traditional bike. The modularity of the system creates a platform for a myriad of components that can be upgraded and switched out - creating an ever-changing and adaptive experience for the user.

Who is Shibusa for?

Our intended user falls into three categories: the novice, the enthusiast, and the weekender.


The Novice |New to cycling in general, he just wants to get to work in a more efficient manner - while keeping his car at home for those rainy days. Equipped with the SRAM e-matic-based hub and battery pack plug-in, Shibusa is exactly what he needs.

The Enthusiast |Riding bicycles for years, he has a very personal connection with his bike. He detests the idea of an e-bike, and stays true to traditional pedaling. However he needs proper storage options and convenient lighting for his commutes. Shibusa enables him to have integrated lighting as well as streamlined storage accessories while maintaining the spirit of a traditional bicycle.

The Weekender |Seeking a more efficient way to commute, she desires the option of getting to work quickly and efficiently without losing the ability to challenge the hills on the weekends. Through its flexible modular system, Shibusa can do that. The SRAM e-matic-based integrated hub provides just the right amount of assist for a sweat-free commute. For her weekend rides, she can simply swap out the rear wheel, unplug the battery, and hit the trail on a human-powered ride. Storage options are available and integrates with the plug-in system, giving the user a more streamlined and hassle-free experience.

The bicycle frame is made of resin-impregnated carbon fiber, using an open mold layup method. The carbon frame has aluminum inserts for the bottom bracket, head tube, and proprietary plug-in power unit. Using carbon fiber reduces weight usually inherent in bicycles, and electric bicycles in particular. Also, since the carbon fiber frame is hollow the wiring needed for the electronic components is housed internally. The e-assist components, based on technology developed by SRAM, utilize an aluminum hub to house the electrical drive components in the wheel and an aluminum battery pack that houses the lithium-ion battery within the interchangeable cargo rack.