Stack Speaker: The More You Stack, The Louder it Gets 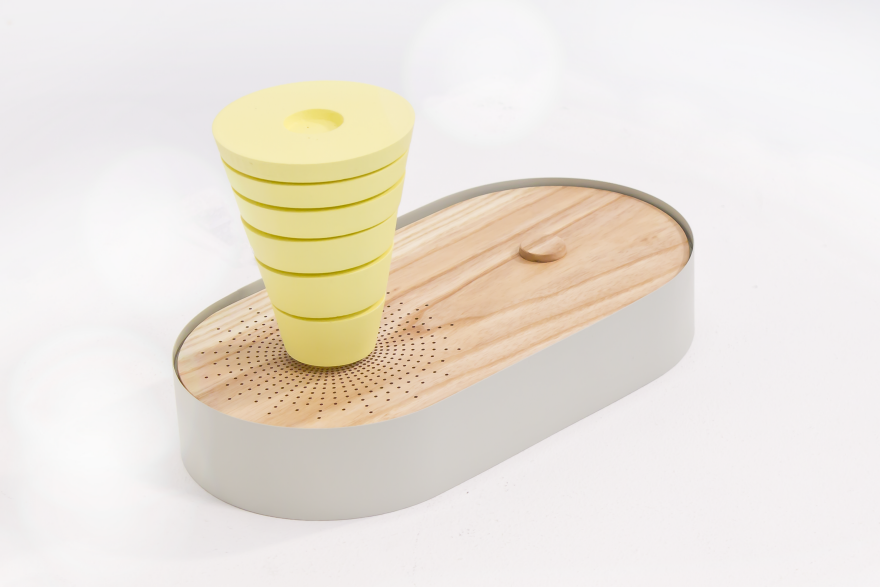 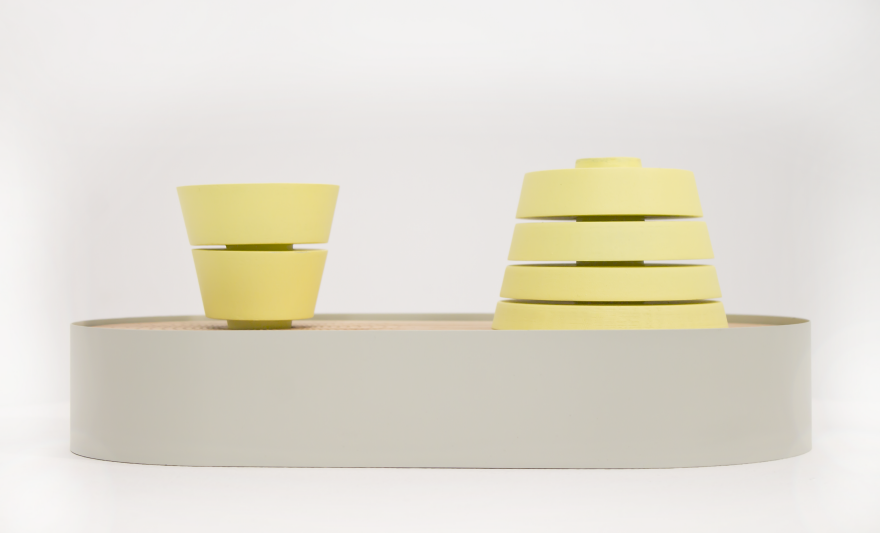 with only two weights stacked, here the volume is relatively low (%33 to be precise) 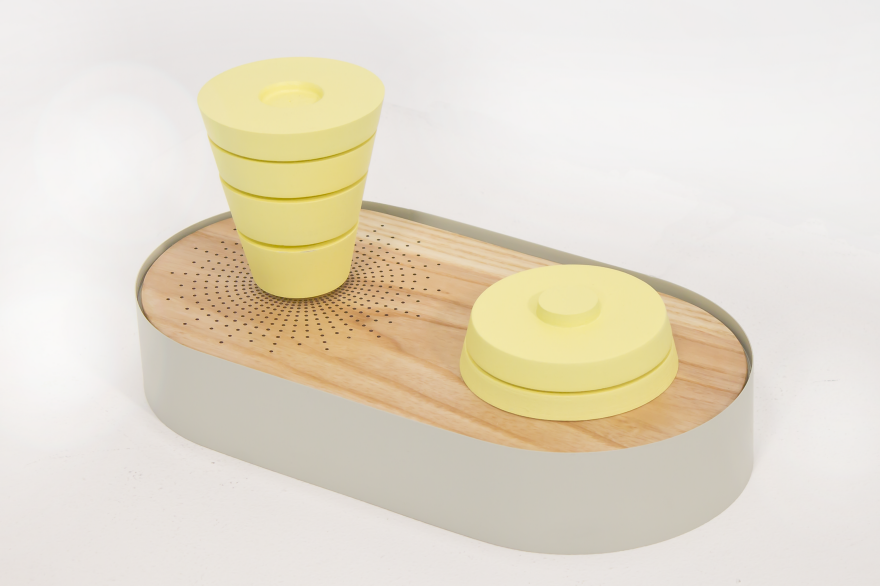 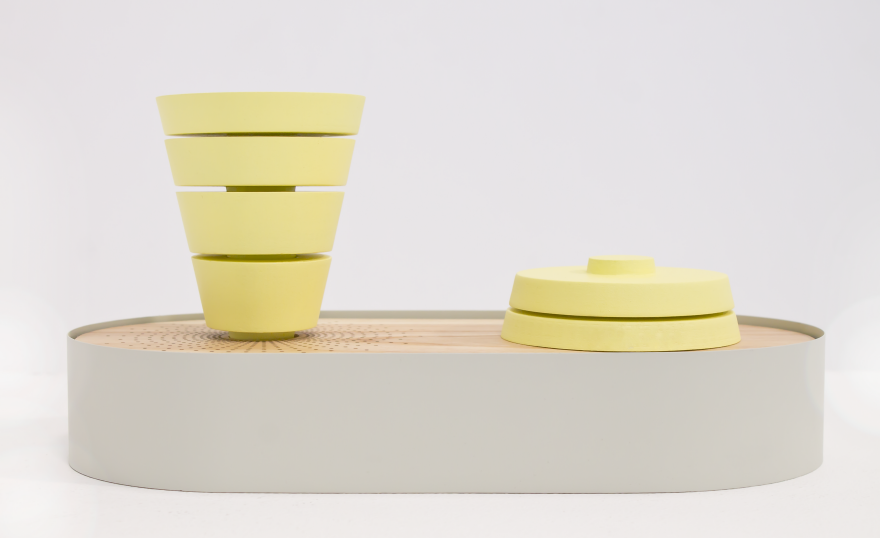 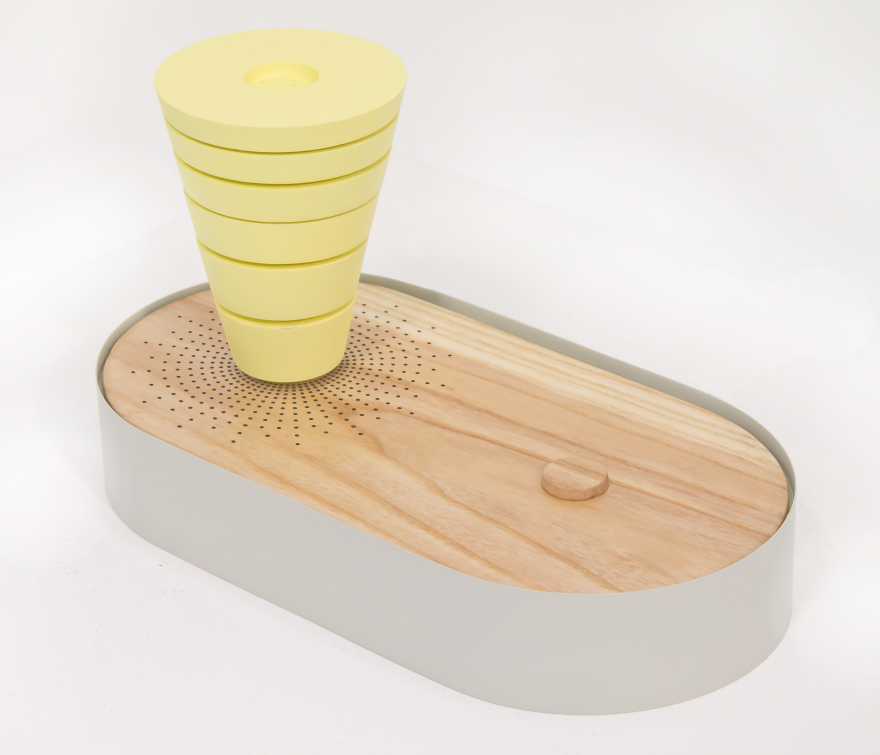 At this point the speaker is at full volume 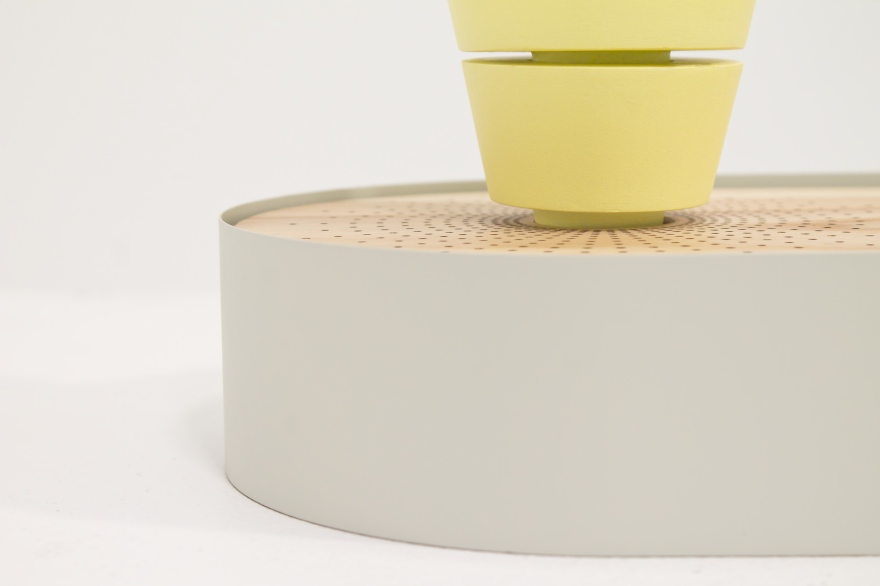 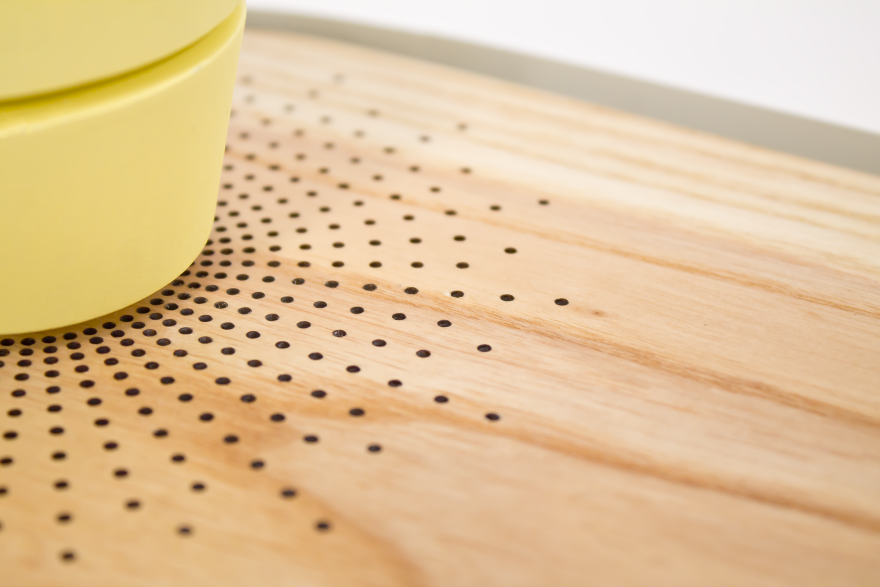 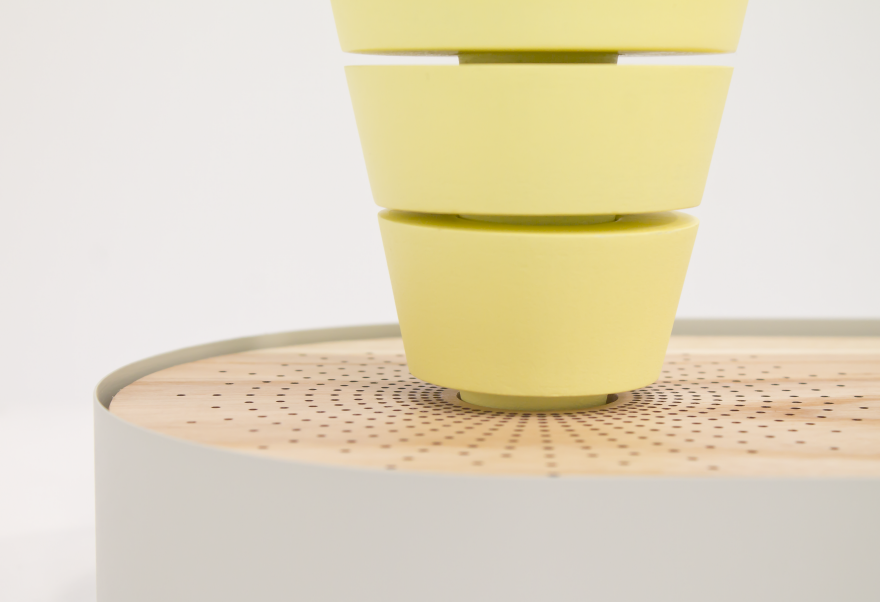 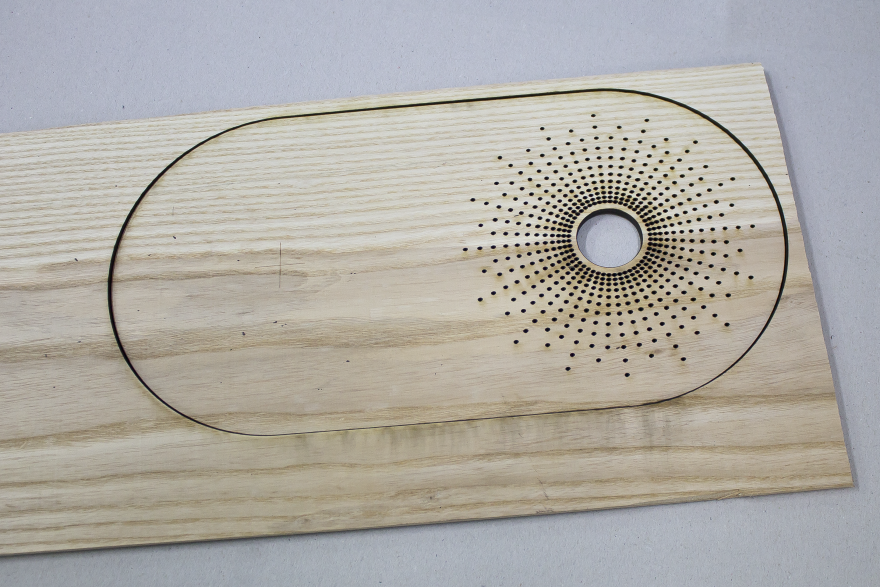 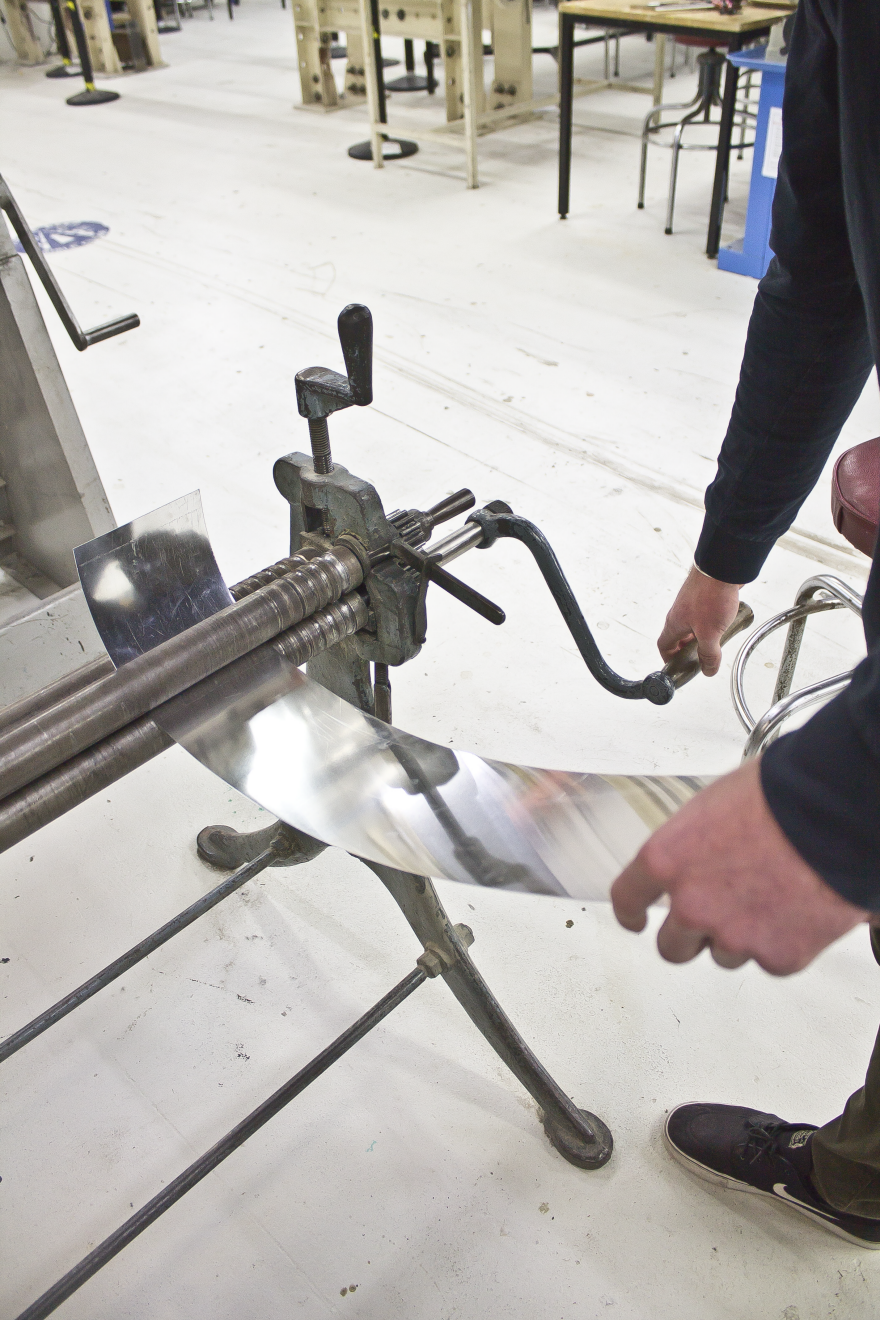 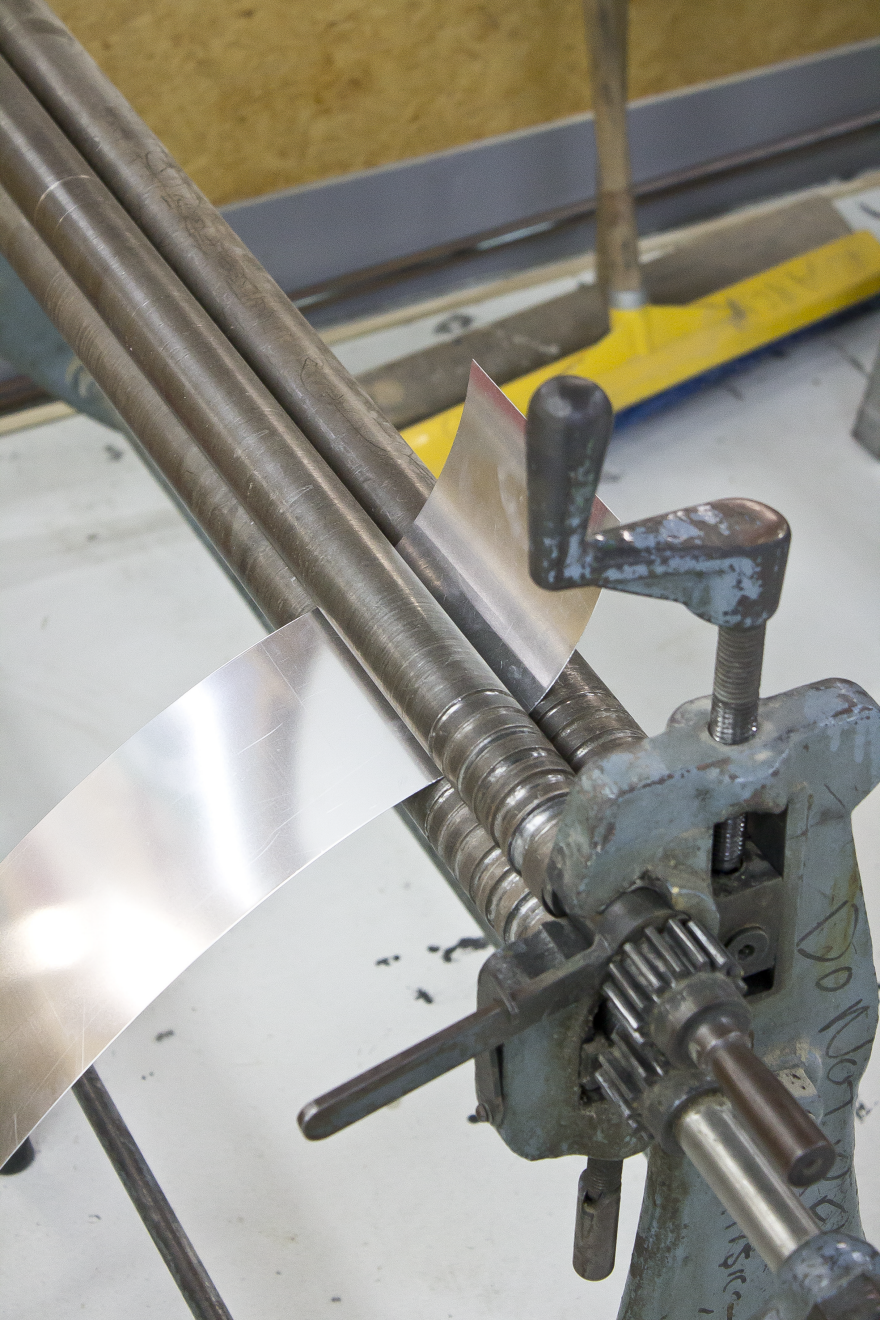 By integrating force sensor resistors, as the user begins to stack the weighted forms the speaker turns on, and as each additional piece is added to the stack the volume increases.

The casted weights are identical in mass, which insures a constant volume increase. The cohesive form of the pieces when they are stacked upon one another is visually indicative of the volume getting louder, and by inverting this shape the non-affecting stack is made obvious.

American White Ash which has been laser cut with a delicate pattern allowing the speaker to function well. The Ash also adds texture to the whole form contributes to a warm minimalist aesthetic.

The soft grey housing wrapping the speaker is aluminium which has been hand-rolled to achieve the curved form.

"Stack encourages a real interaction and a hugely visual and tactile system of control. Playfulness and an emotion of surprise is achieved which sets Stack apart from other options."

Stack Speaker: The More You Stack, The Louder it Gets