Ceramics (Literally) Marked By Their Individual Journeys Around the World

As consumer activities are occurring even more frequently on digital platforms, most goods stay in transportation longer than they used to traditionally.

"The Journey" is a concept meant to turn the shipping process into a part of the manufacturing stage, which also replaces the traditional physical role of craft men with passive devices.

The journey is a series of specially designed tools that encourage random movements within packaging to produce unique marks on objects while in shipping. The marks illustrate the impact, condition and distance of the travel, visualizing the journey of geographically distributed objects. Each object will be adorned with unique and unpredictable patterns as their shipping and handling history are recorded using the shipping contraptions they are encased in, and every vase will be uniquely marked even if they were all shipped through the same route and method. 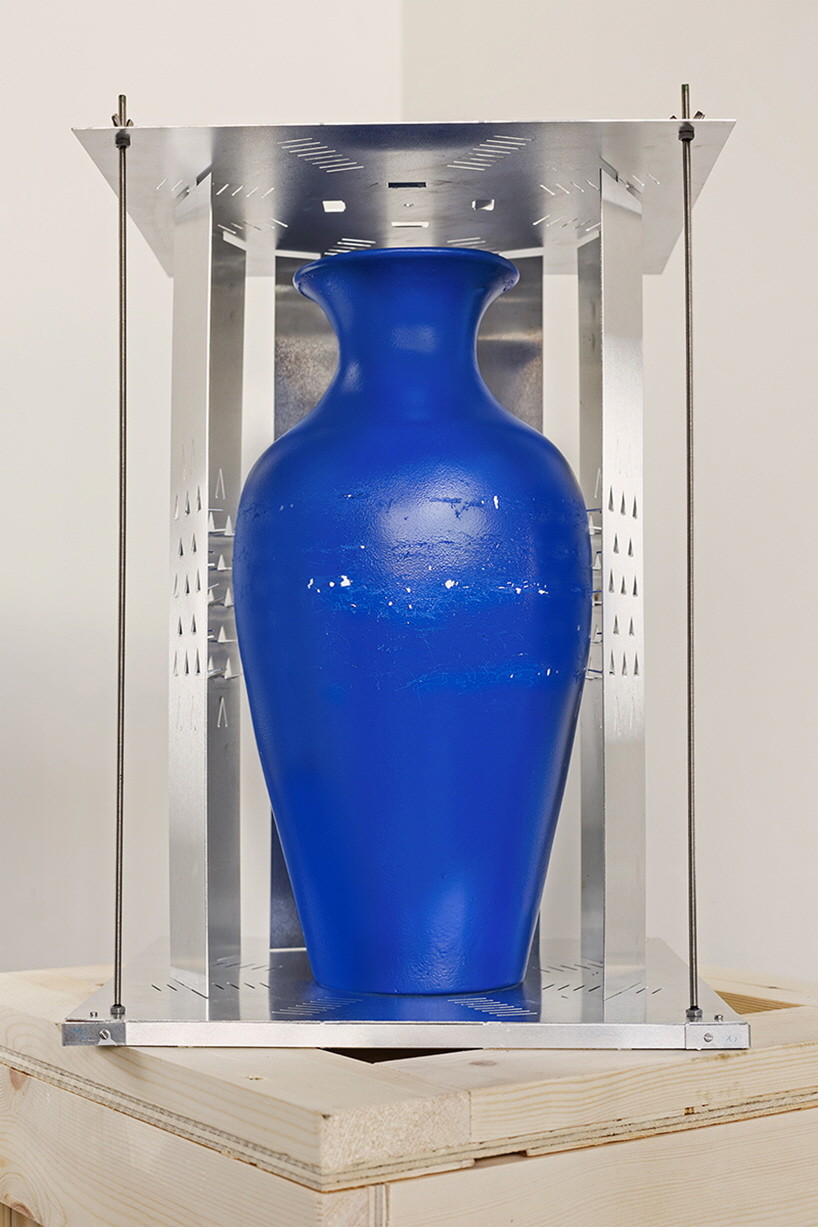 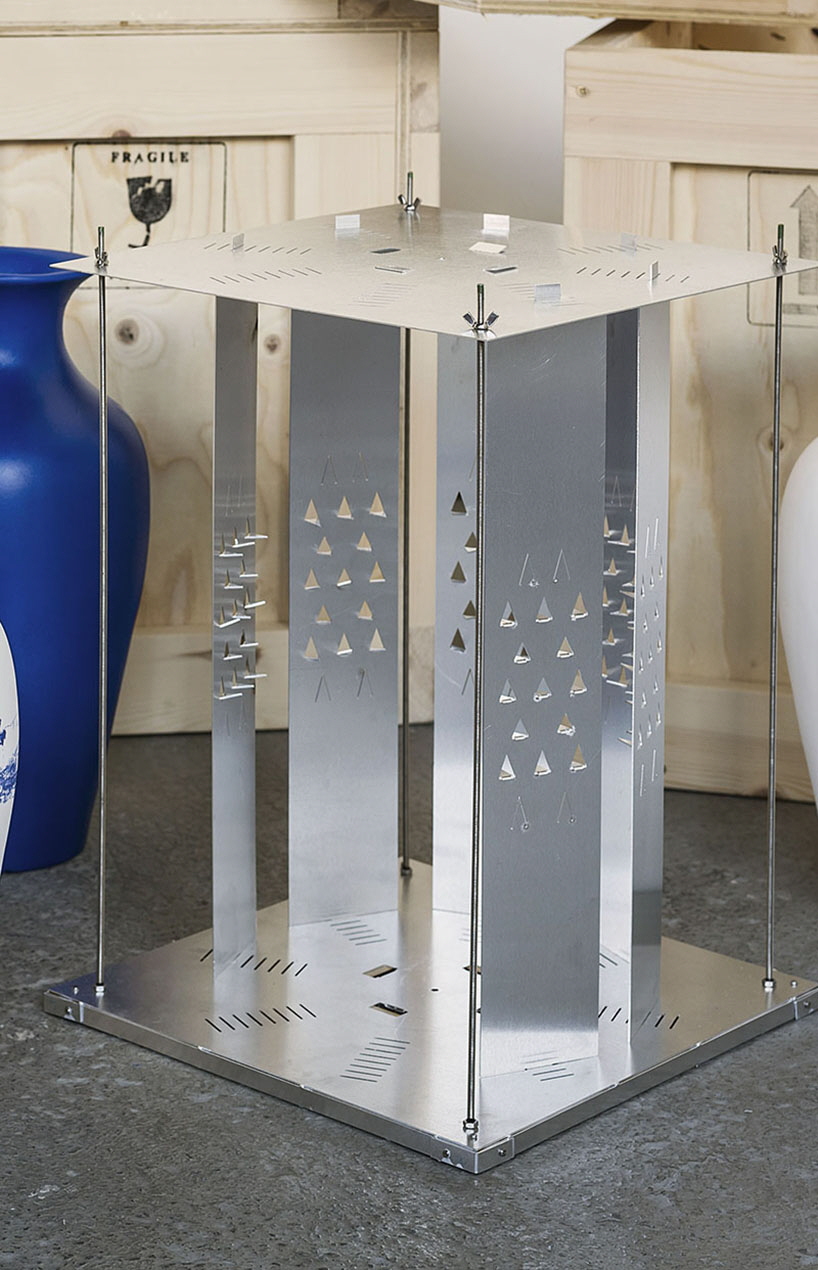 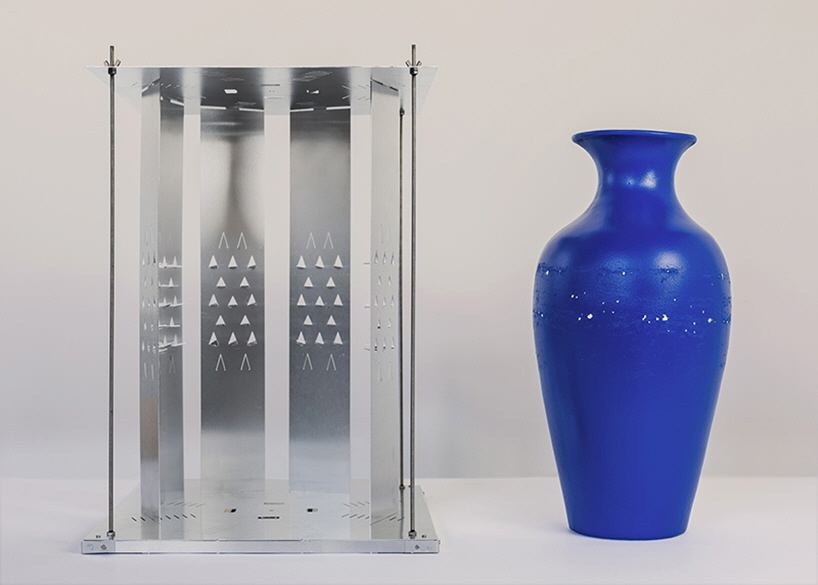 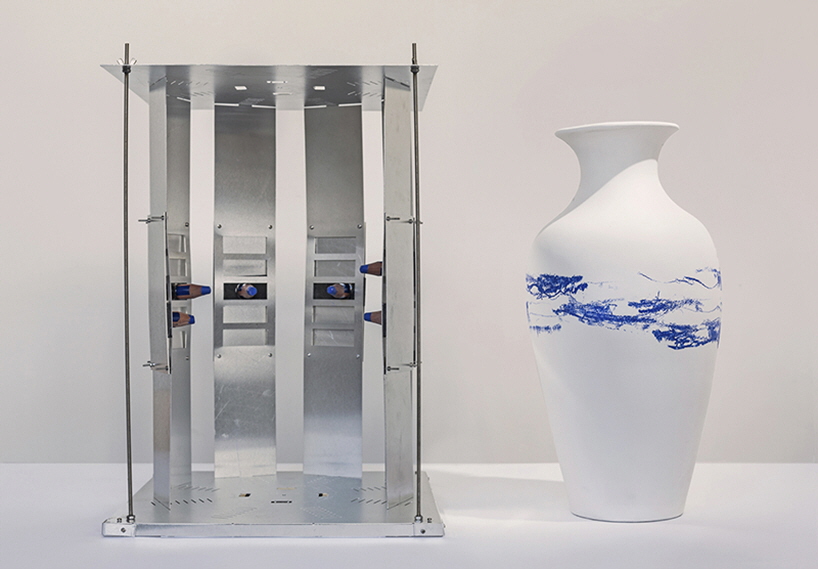 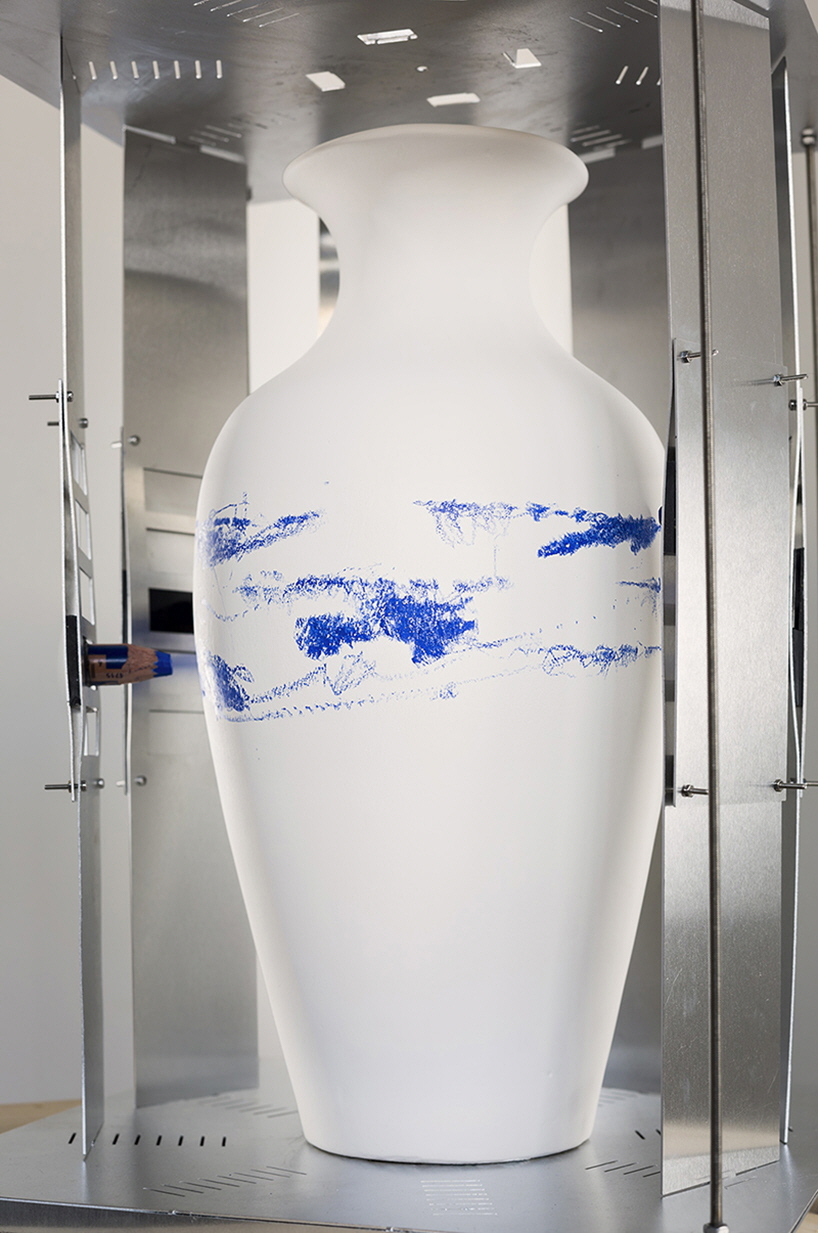 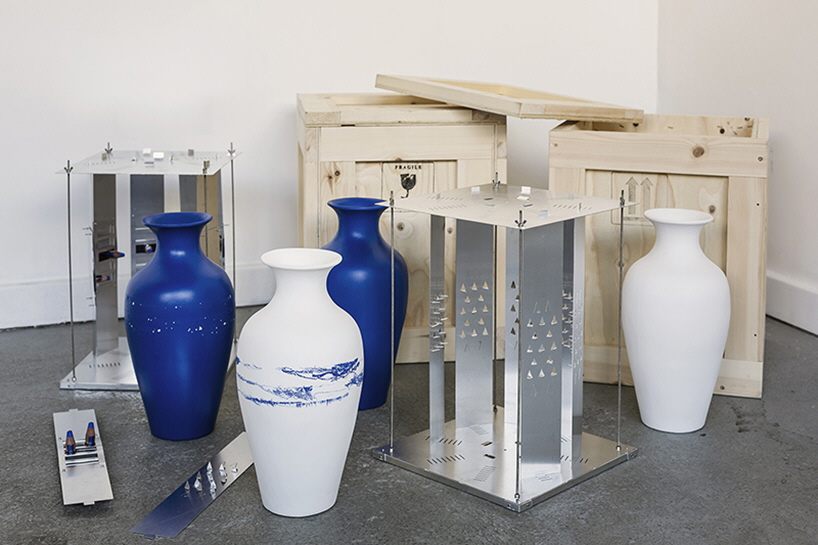 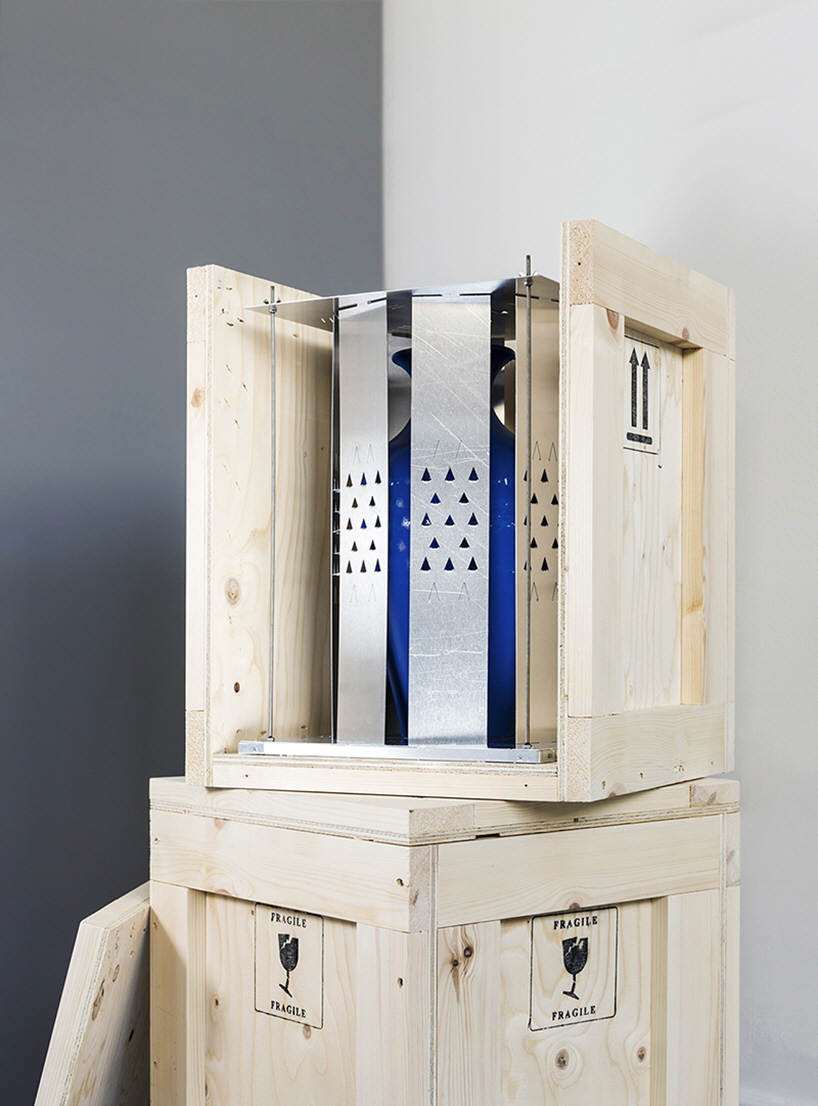 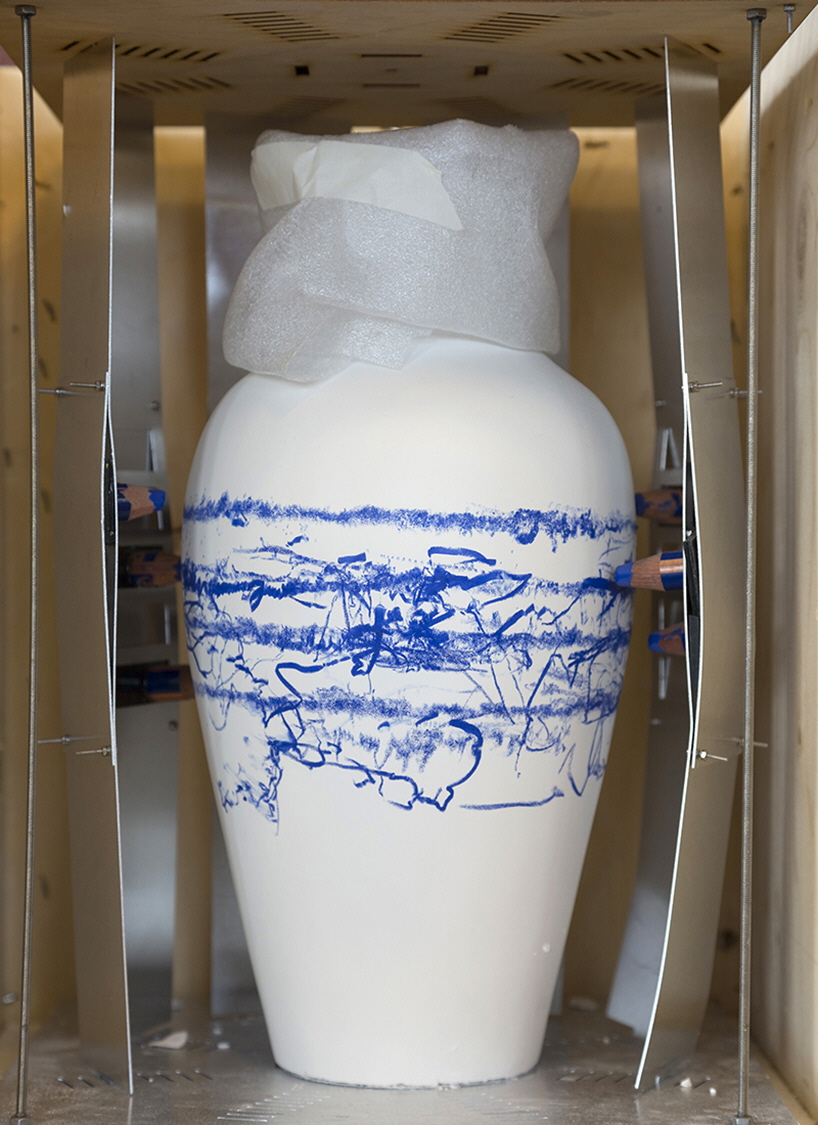 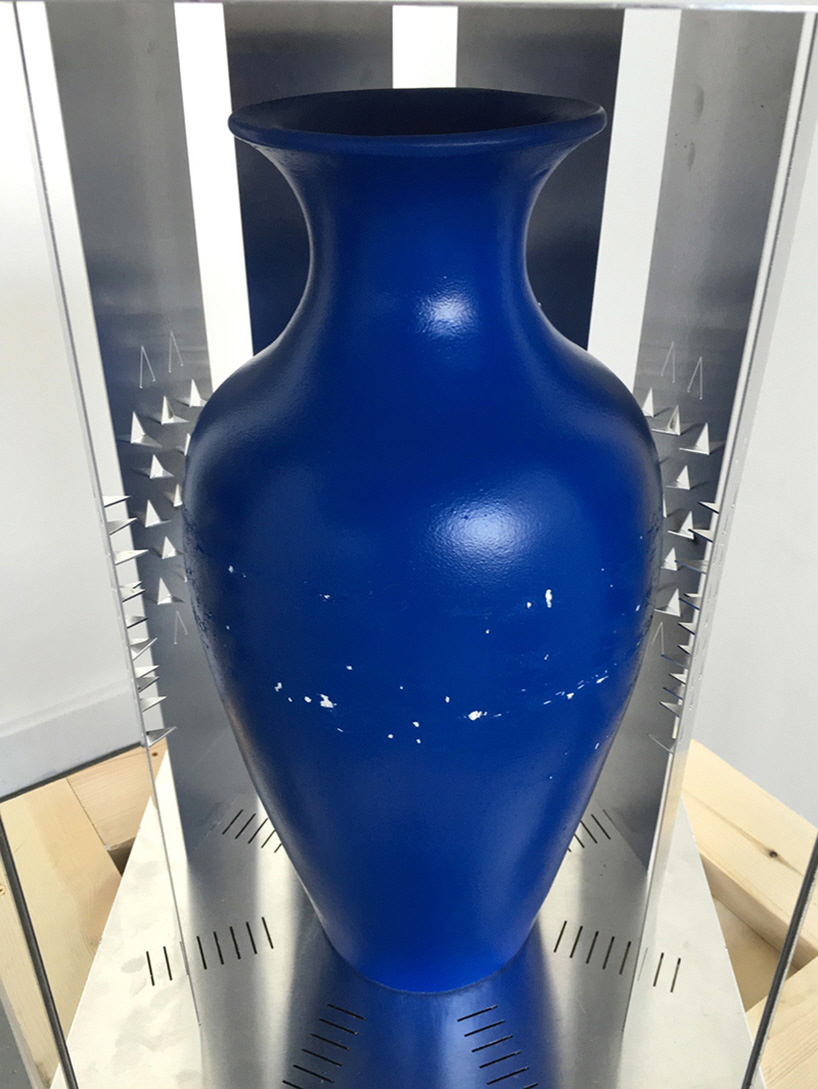 ‘The Damaged’ is a shipping case that is designed to create marks on an object's surface while in transmit rather than protecting the vessel. Each mark documents the impact of movements. The results of marks challenge the common perception of perfect aesthetics.

This shipping container's internal removable panels are armed with specially prepared pens. The pens translate the movement of the container and experience of the journey into seismograph like patterns onto the objects surface. The conventional physical role of decorator has been taken over by the passive device.

Each device was packed individually, shipped with the same company and same route from London to New York, a total of5,585 kilometres.

Ceramics (Literally) Marked By Their Individual Journeys Around the World