I'm an industrial designer by trade, so making models and prototypes is big part of what I do. I have amassed many tools over the years including a laser cutter, a couple of CNC routers and several 3D printers. I also have the usual complement of shop tools, as well as somewhat exotic equipment like a pressure chamber and a curing oven. It's fair to say that I can pretty much fabricate anything out of any material using the various tools and techniques at my disposal.

One fabrication method that I've relied on heavily in the years I've been doing design work is vacuum forming. Way before there was 3D printing, back when everything had to be made with a steady hand, it was my secret-sauce technique for making plastic parts.

That said, I was always on the lookout for ways to make work go faster. I still remember how I was instantly enamored with 3D printing (or 'rapid prototyping' as it was called then) when I saw it for the first time on Discovery Channel. I was the guy you'd expect to rush out and buy a 3D printer when prices started to drop. But I didn't. I was never impressed by the output quality of filament-type 3D printers, and stereolithography printers were still expensive then.

I caved in 2013 and bought myself a Makerbot Replicator. And boy, did I love it. I was kicking myself for not getting one sooner. It wasn't that the quality exceeded my expectations—it didn't. Prints always require some kind of post-processing. But by buying the machine I had inadvertently given myself the precious gift of time—yes, time. The 3D printer became a shop assistant that churned out parts at my bidding, leaving me free to do other tasks. That robotic minion was soon joined by two more. They all could work 24/7. And none of them took a salary.

Finding creative uses for 3D printing improved my productivity. One of these uses brought me full circle: making vacuum forming tools/molds. 3D printing allows for complex geometry, but print speeds could be excruciatingly slow. Vacuum forming is fast, but without a tool, it is useless. The two technologies working in tandem, though, was a dream. Print the tool on a 3D printer and make the final parts on the vacuum former—it was a match made in nerd heaven.

3D printers have become ubiquitous thanks to their media abetted popularity. Vacuum forming, in contrast, remains rather esoteric. It doesn't help that vacuum forming technology has pretty much languished, untouched by innovative thinking. I thought I could change that by bringing fresh ideas to the table, or rather, the tabletop. 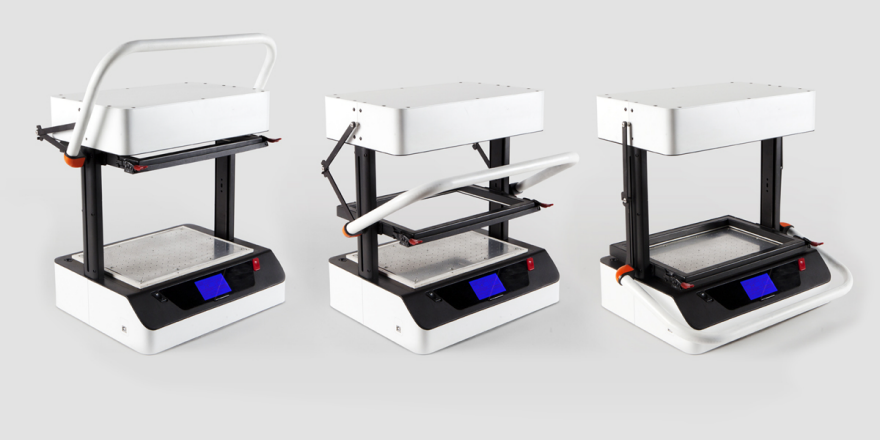 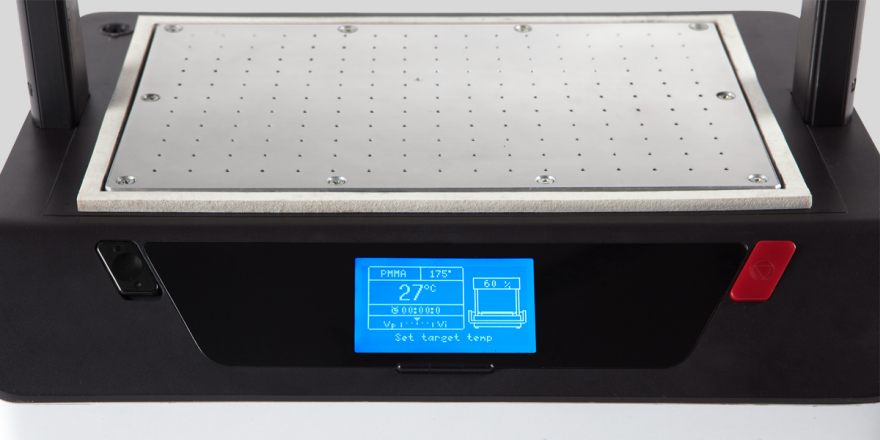 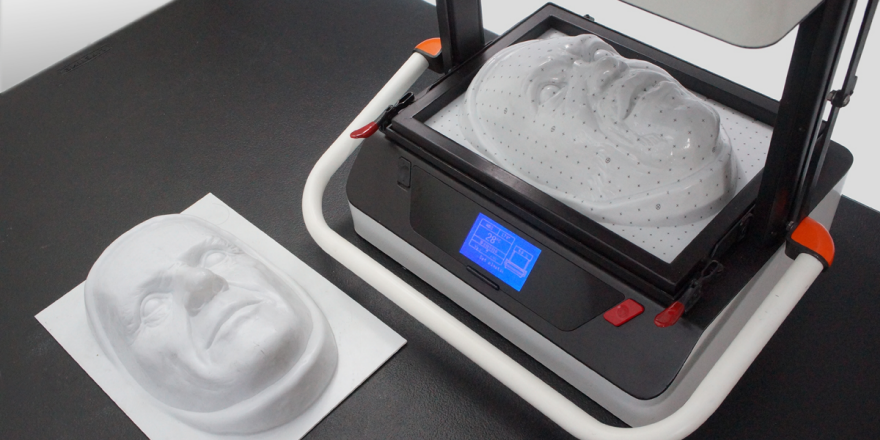 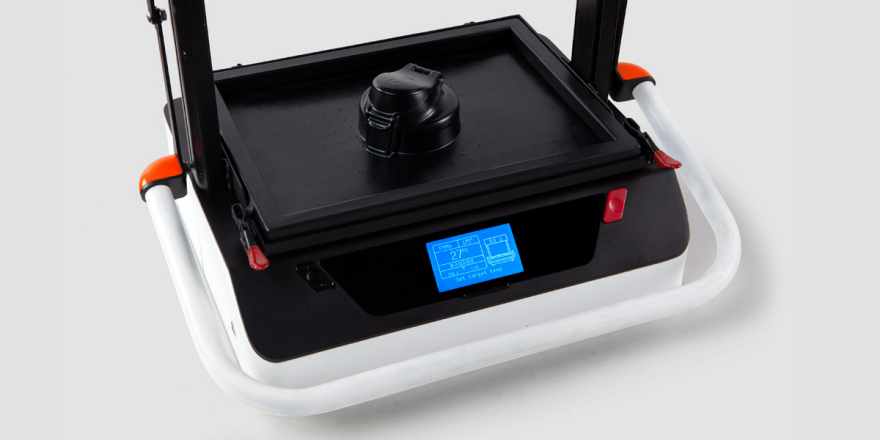 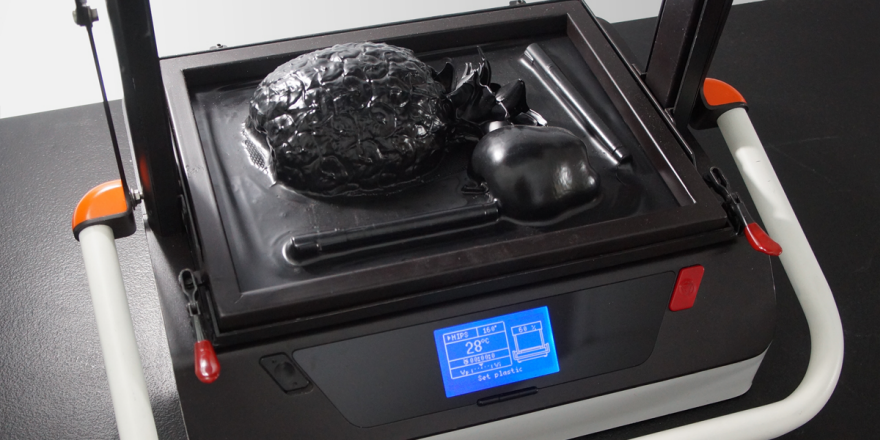 Every second year industrial design student at the university where I teach has the distinct privilege (or misfortune) of coming through my class. As part of their course requirement, they each have to make their own vacuum forming rig. There are a lot of instructions online for anyone motivated enough to build their own thermoformer. Most of them call for a vacuum cleaner, a trip to the hardware, and no more than basic shop skills. But seeing my students struggle over the years, I know the undertaking is far more difficult than it seems on paper. Even when done right, there's a fundamental weakness to these DIY vacuum formers—the vacuum source itself.

Household vacuum cleaners work by spinning an impeller at high speed. Air rushes in an inlet and is flung out by centrifugal force. When used in vacuum forming, it's able to remove, in an instant, nearly all the air from under the plastic sheet. But then the material cools and starts to resist. The airflow stalls before the sheet can be pulled tightly into the tool's corners and crevices. The resulting pull looks soft and lacking in detail. That's because impellers can only generate what's called 'low vacuum'.

In order to generate 'high vacuum,' a pump is needed. Pumps move air much more slowly, but are able to push air, from the inlet to the outlet, with greater force. That's why commercial thermoformers use pumps, not impellers. In general, bigger is better, is more expensive. And therein lies a major challenge: Is there a way to deliver 'better' without going bigger or more expensive?

The solution I came up with was a dual-stage system that combines impeller and pump, high flow rate with high pressure, stage 1 then stage 2. The forming cycle begins with air being tornadoed out by an impeller, stage 1. The remaining air is then squeezed out by a piston pump, stage 2. With this dual-stage system, I'm able to cut the overall size and weight of Vaquform while achieving the performance characteristics of a larger, more expensive thermoforming machine.

Super easy to use

In my "Materials" class, I spend a lot of time lecturing on plastics—the various kinds, their properties, their usage. It's a lot of tables and graphs. Boring, I admit. When I designed Vaquform, I wanted all of those tedious data built into the machine's firmware, because I know better than to expect users, even my own students, to know them by heart. The idea was for the machine to come pre-programmed with heating profiles for different thermoplastics. To bring a sheet of plastic up to the correct temperature, all the user has to do is to select its name from menu, say 'ABS' or 'HIPS'.

During a forming cycle, an infrared sensor literally watches a spot on the loaded sheet to measure its temperature in real-time. The software continually compares this reading against the forming temperature that was pulled from the database earlier, when the user made her selection. Meanwhile, as the plastic is softening, staying close by, she's free to do other tasks. She'll know the plastic is ready when she hears the vacuum switch on, which is triggered the moment the plastic reaches the target temperature. Then all that's left to do is to lower the lightweight handlebar. The mechanical design ensures that an airtight seal is formed between the sheet and the platen. Stage 1, stage 2, the plastic is formed. After a brief cool down period, the vacuum switches off by itself. With this semi-automated system, users can produce parts every 2 minutes with consistent results. That's hundreds of units per day, thousands per week. It's truly intended to be a manufacturing tool.

Cheaper than a 3D printer

All of this would be meaningless if the machine was priced out of people's reach. So from the outset of the project, a price limit of $1,000 was set. I know people are at least willing to invest that much on a 3D printer or a CNC router, so a thousand bucks isn't an unreasonable amount to aim for; commercial thermoformers, after all, cost thousands of dollars. The fact is, things went better than I'd hoped and Vaquform is expected to retail well below that threshold when it is released in the second half of 2017. (Find out more here at my website or Facebook page.)

Vaquform is my contribution to the growing ecosystem of digital tools for the modern maker. For me, it is the culmination of a journey that began when I experimented with my mom's vacuum cleaner, back when I was a design student many, many years ago.