A Modular Cart for Street Vendors That Supports Urban Beautification

The MUV (Modular Urban Vending) cart is a mobile retail pushcart designed for the contemporary street vending experience. It was conceived as an alternative to the various wagon-wheel carts scattered around the city of Boston in order to address both the functional concerns of vendors and the revitalization efforts of the downtown community.

Downtown Boston's history of street vending began as early as the eighteenth century when pushcarts were used to sell meat and produce. Although the use of the outdated wooden wagon-wheel model is still common, the merchandise sold and the needs of Boston vendors have evolved dramatically. Revitalization efforts by the downtown community have attracted new businesses to the area at the expense of the development of these pushcarts. As a result, Radlab was commissioned to provide a design solution that addressed these concerns. 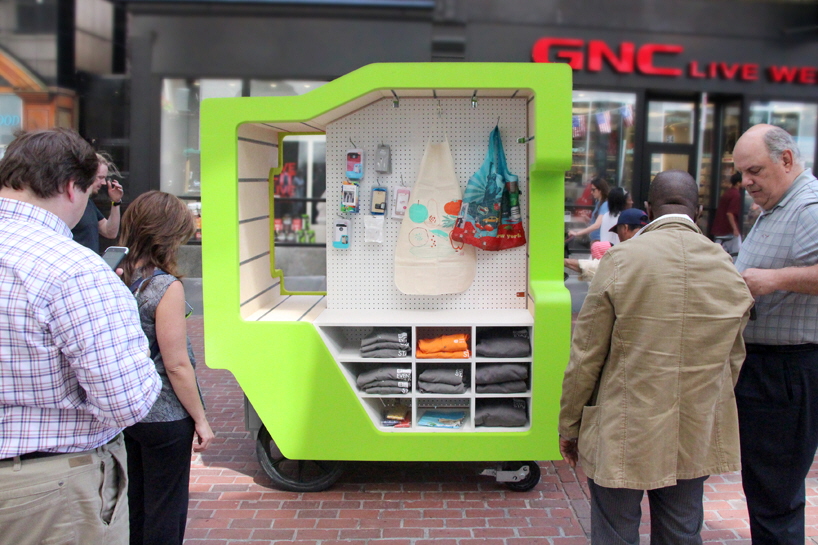 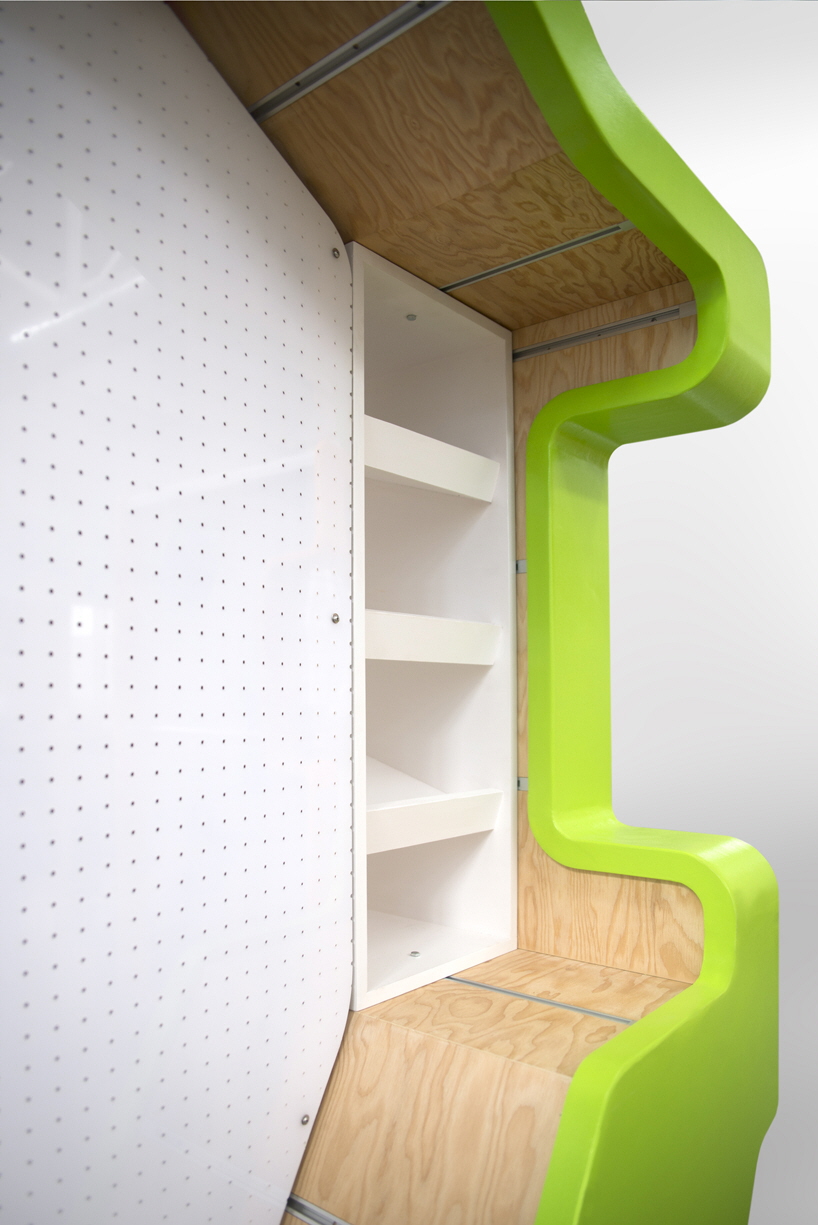 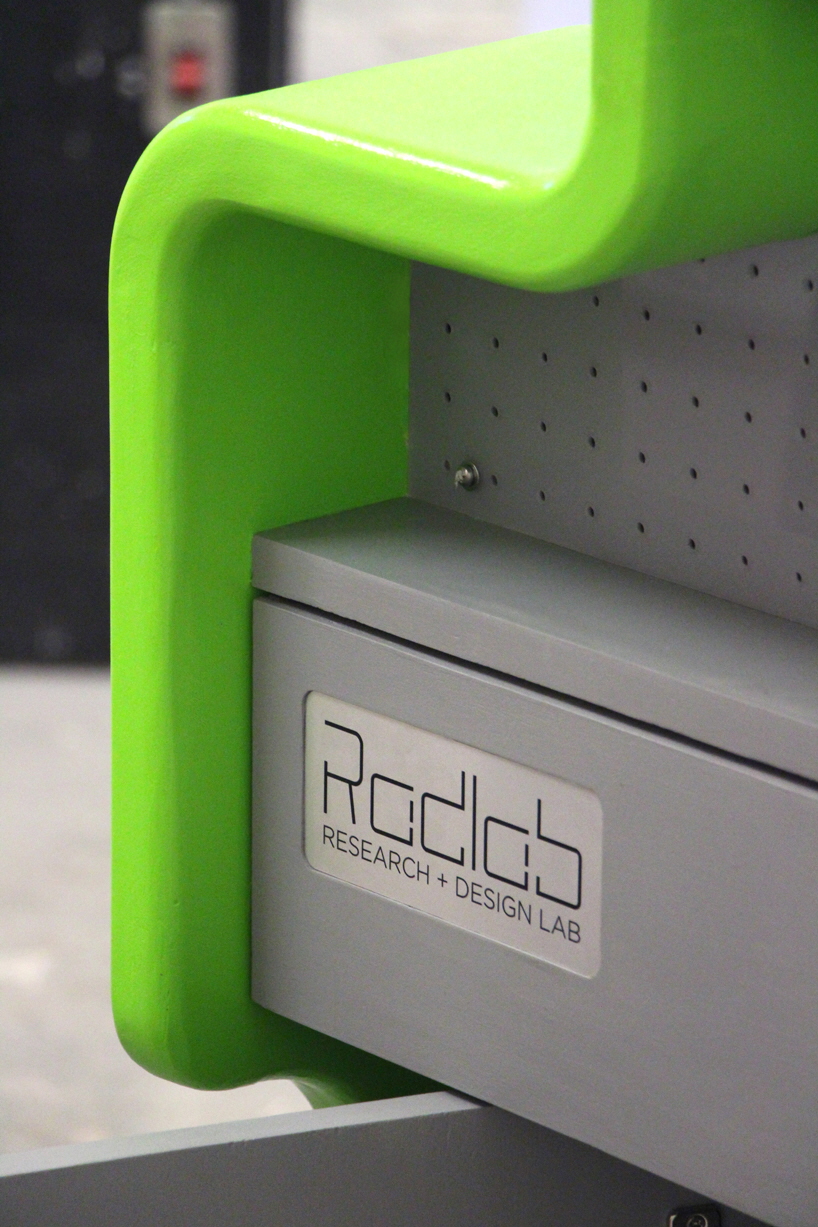 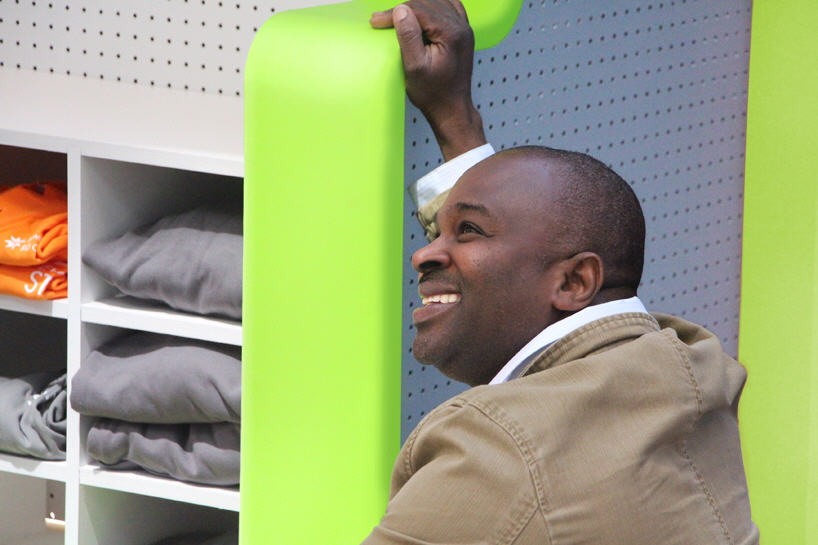 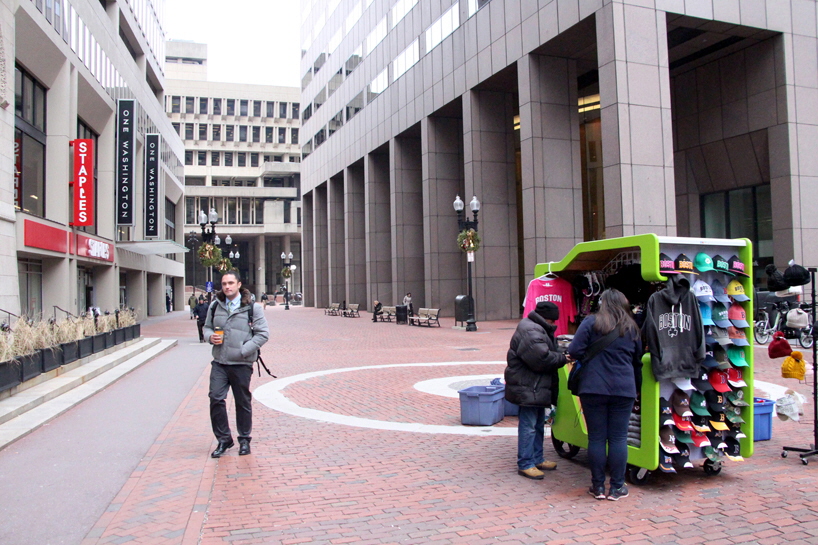 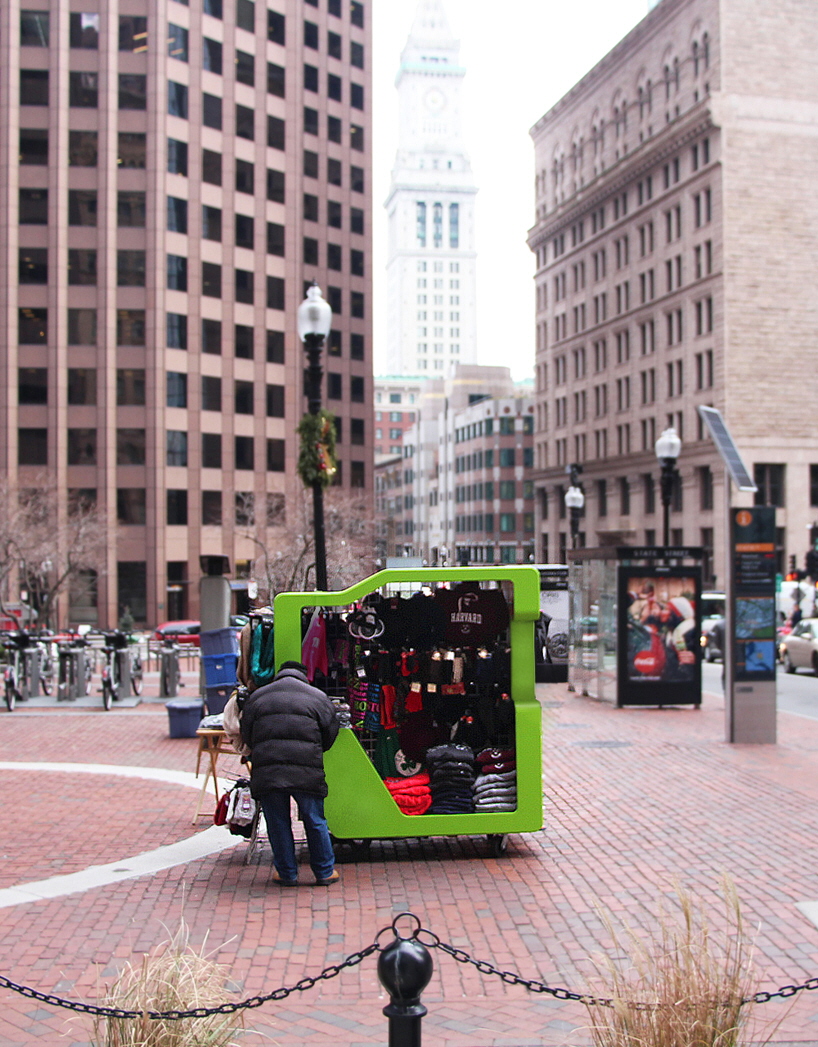 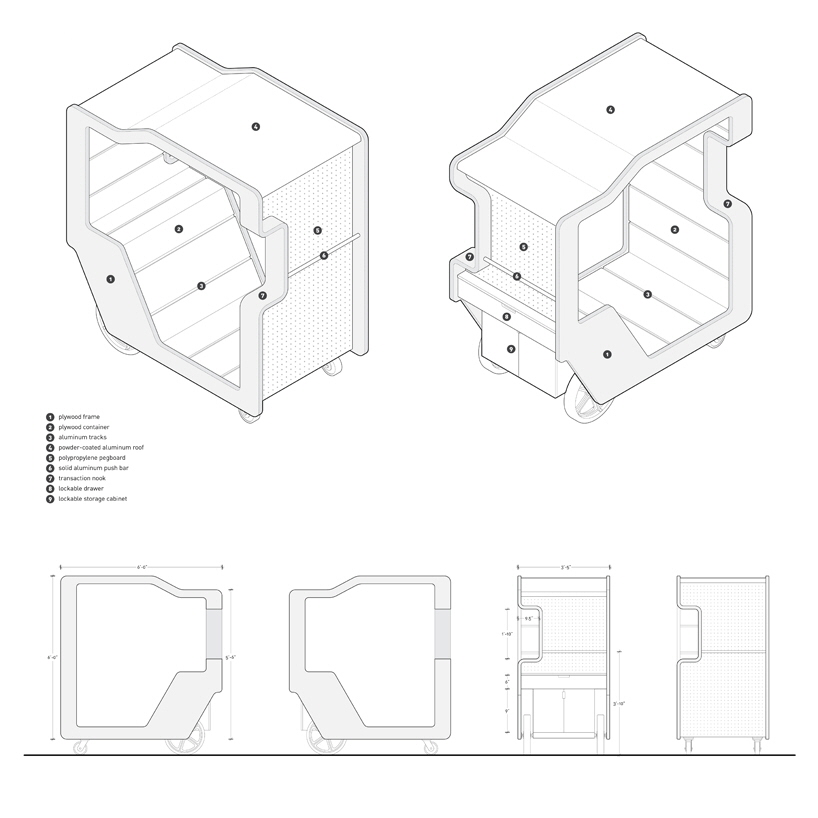 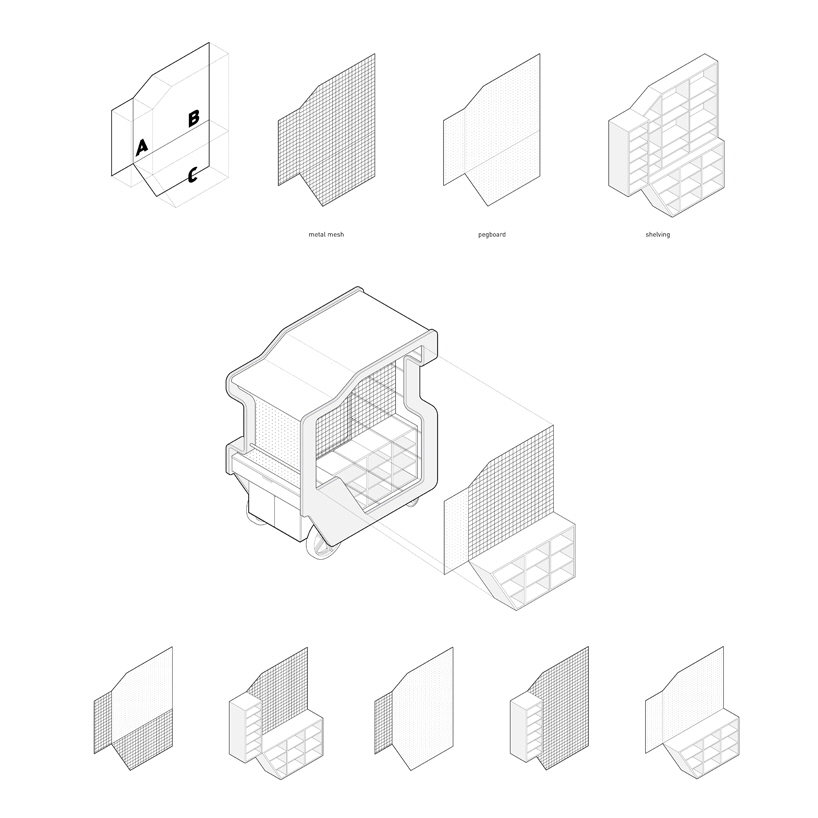 MUV revisits the idea of pushcarts as mobile containers for merchandise. Vendors customarily overload pushcarts with merchandise, resulting in carts that are visually unappealing with merchandise that is difficult to see. The geometric solution contains the merchandise, creating an enclosure within which vendors can display and sell their products.

Functionally, the design allows vendors to customize their pushcarts. Each vendor has a preferred method of displaying their goods that adjusts to seasonal conditions. Rather than providing a fixed display, MUV employs a module track-and-bolt system incorporated to the interior of the cart that gives vendors the flexibility of fitting out their pushcarts to their needs.

Radlab was responsible for the conception, design, and fabrication of the MUV pushcarts. They are currently in use in Downtown Boston.

A Modular Cart for Street Vendors That Supports Urban Beautification