3D Hubs recently worked with Mark Thielen a PhD Candidate from the Technical University of Eindhoven Netherlands, through 3D printing, Mark is able to create functional organs and internal structures based on MRI scans that otherwise would not possible with conventional production technologies. Traditionally these manikins were little more than a doll with a spring. Now they're being designed with embedded sensors and far closer to the real thing, creating a higher standard of training which could increase infant survival.

Access to a range of materials through the 3D Hubs network allowed Mark to produce his parts locally and specific to the anatomical area. Future implications of this research could lead to larger patient recreations using 3D printing, strengthening medical training for emergency procedures and pregnancies. 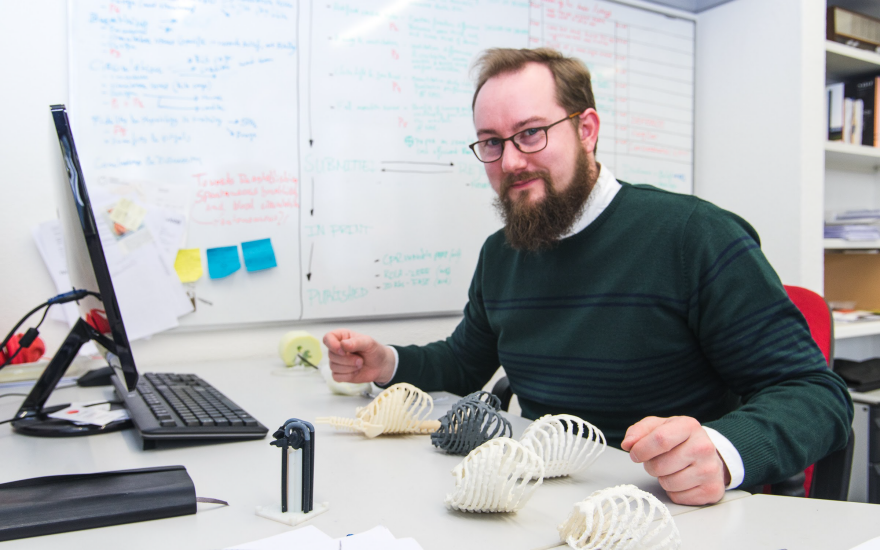 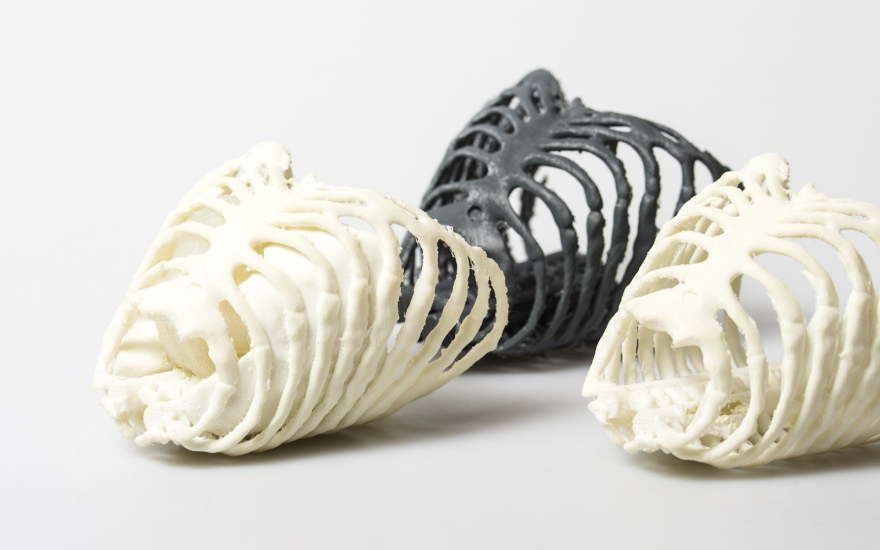 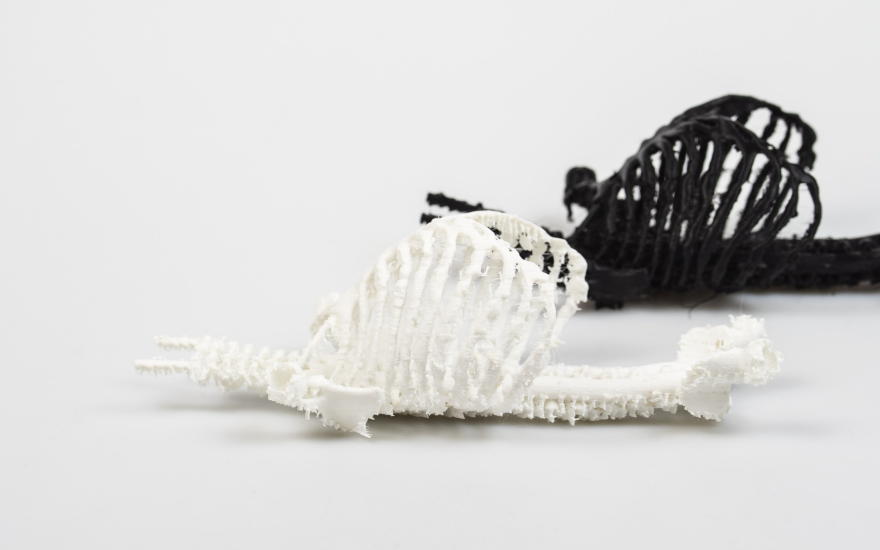 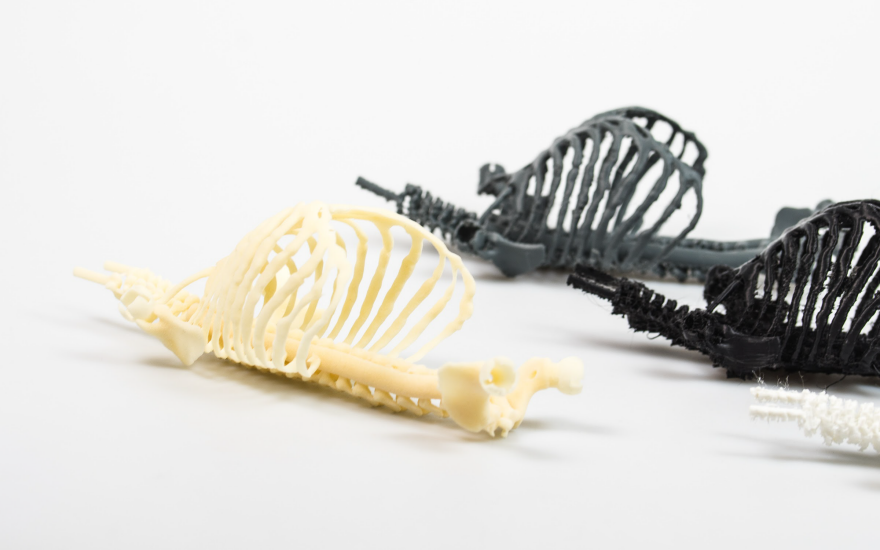 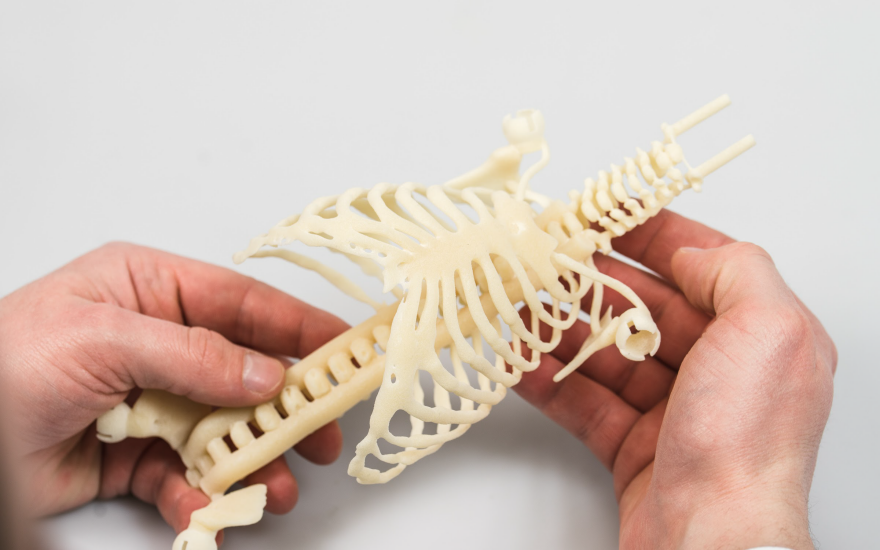 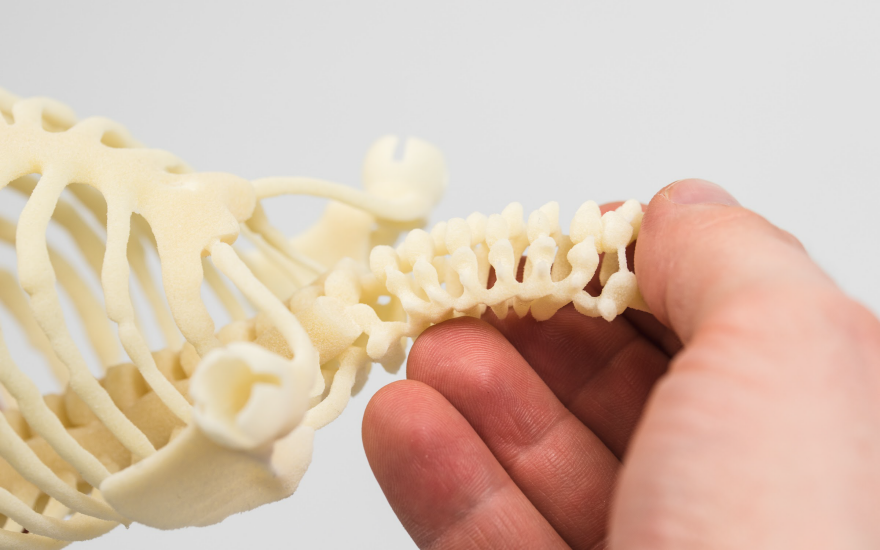 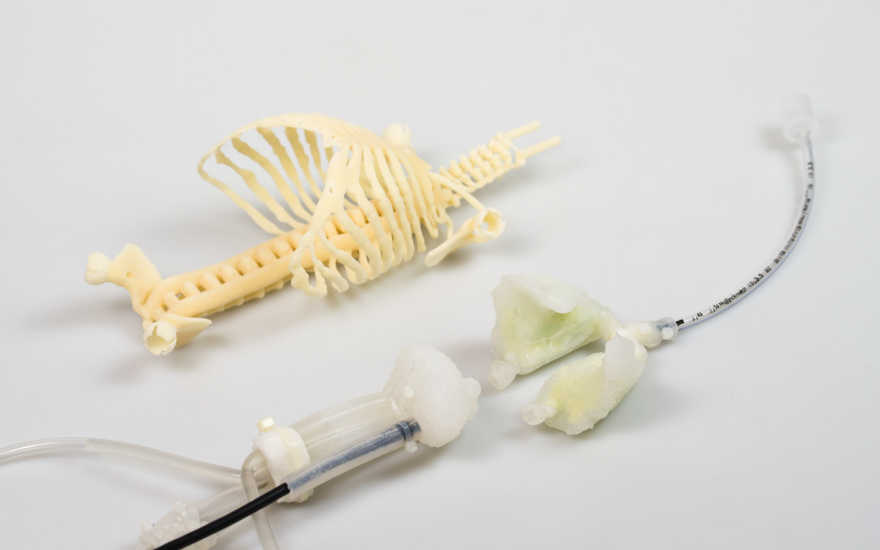 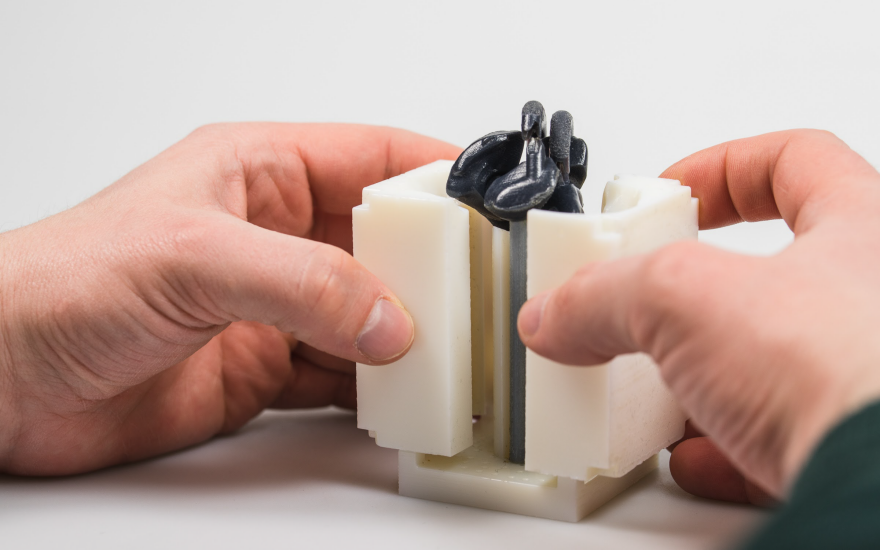 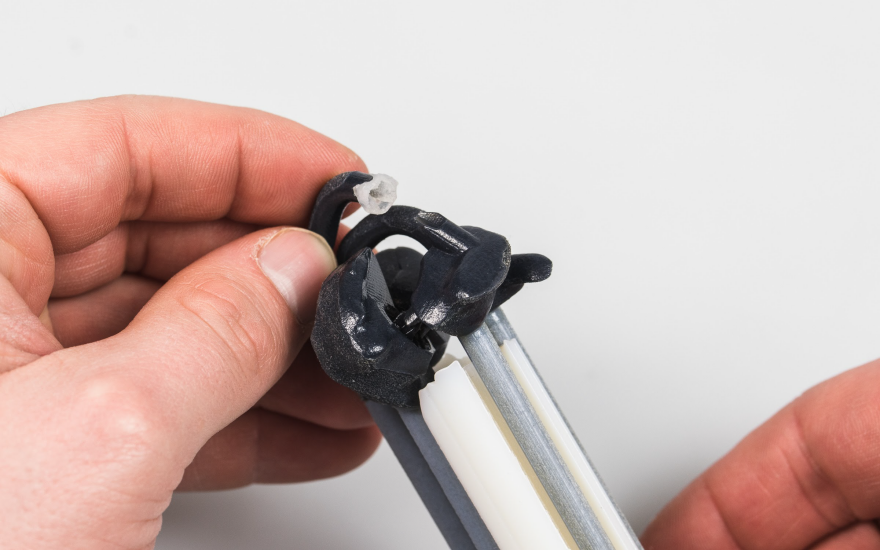 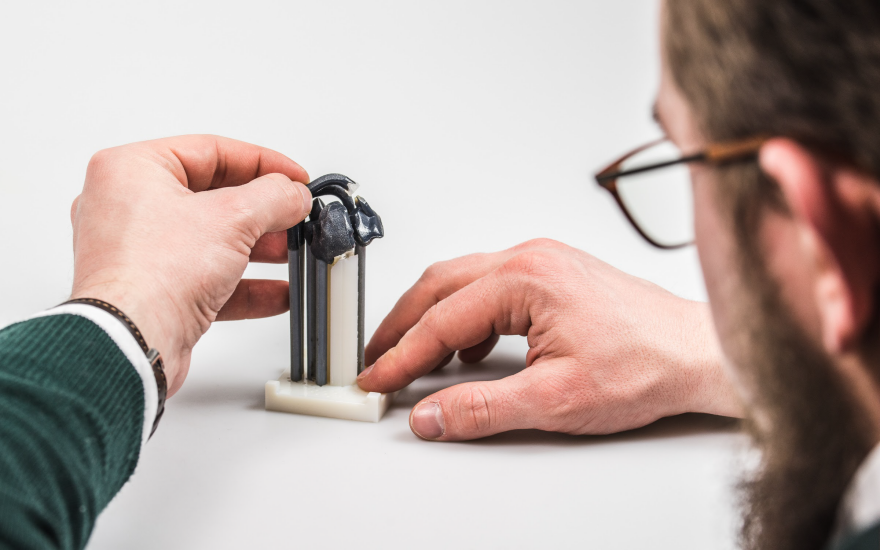 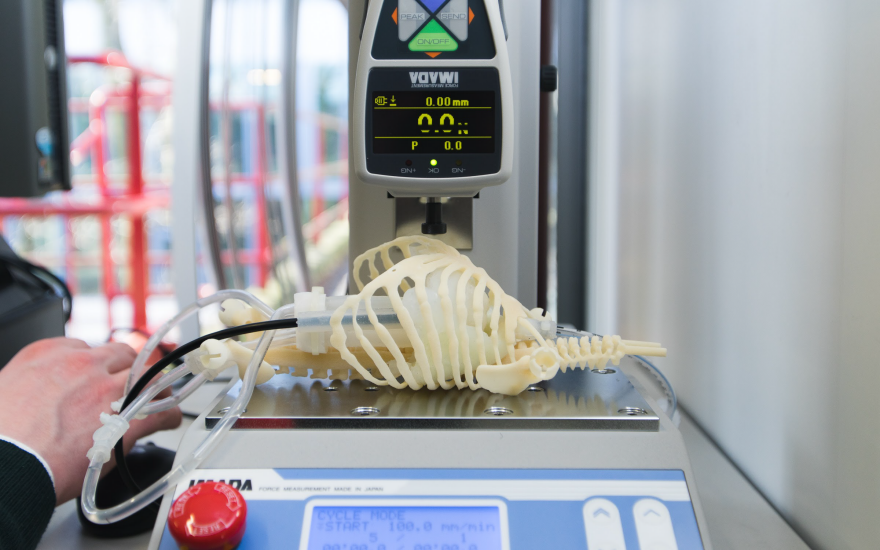 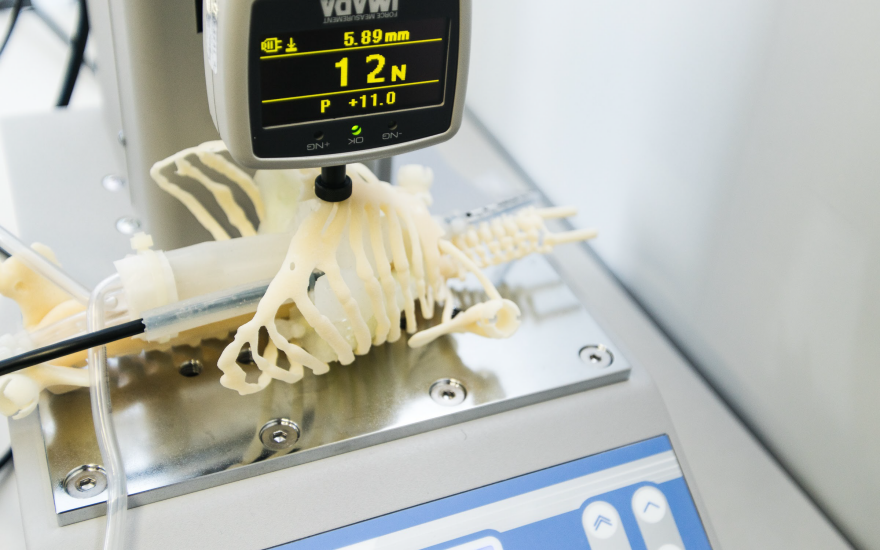 For surgeons and nurses, experiencing as close to the real thing as possible is incredibly important to the success of surgeries and medical procedures. Within the neonatal field, it's incredibly difficult to practice correctly with the current state of practice mannequins which lack the complexity and feel of a newborn patient. Mark's research is to develop manikins which have all their major internal organs functioning and equipped with sensors to monitor key measurements such as pressure, stress and impact during trial procedures (e.g CPR, intubation).

The reason 3D printing is being applied in this area is a combination of the vast materials available for testing and, most importantly, the organic shapes you can create with them. There are two key components to the mannequin: the ribcage/spine, which acts as the housing for the second component, the internal organs.

After testing various thermoplastic elastomers on his internal desktop FDM 3D printer to initially create the larger parts such as the rib cage, he arrived at 3D Hubs. As a distributed network of 3D printing services, 3D Hubs gave Mark to access a wider array of materials at services near to him. He ordered the rib cage and full internal structure in thermoplastic rubber again but used Selective Laser Sintering (SLS) thanks to accuracy and dimensional freedom of the technology:

"3D printing helped this research by enabling the synthesis of models for testing in a swift and detailed manner. As this research focusses on the physical realm, it is important that we work with physical models rather than just virtual ones. 3D Hubs allowed me to create the larger components locally and in a material otherwise not available to me."

To create the functional organs PolyJet 3D printing was used to create molds instead of traditional methods because of the inability to rapidly change the molds if needed and also the shapes needed. Material Jetting allowed Mark to combine materials (rigid and flexible plastics) when creating the molds. For example he created a heart that needed to have highly detailed working valves. Mark explains:

"Due to the extremely small sizes of neonatal organs, as well as their minuscule detail, the only way to create a mold for these parts was to 3D print them."

When the ribcage and organs are combined, Mark runs a fluid through the mannequin with two cameras and sensors installed, giving feedback on it's on every part of the mannequin throughout various trial procedures.

Mark's research into the creation of hyper realistic mannequins doesn't stop at neonatal patients though, with there being potentially wider applications. He goes on to explain:

"I believe that developing and advancing what we started here can aid medical research in a broader scope. We could potentially create realistic patient models of other body parts to strengthen medical training for emergency procedures and pregnancies."

3D printing is often talked about as a revolutionary technology but without substance to the claim. Here we can see it in its truest form: providing a solution that no other method could.

- Magics software is then used to ensure a smooth print, optimizing the design for the 3D printing technology to be used.

- The files are then exported and ready to be printed