Aegis is an exoskeleton that assists loggers with their tasks and protects them from falling objects such as trees and limbs. 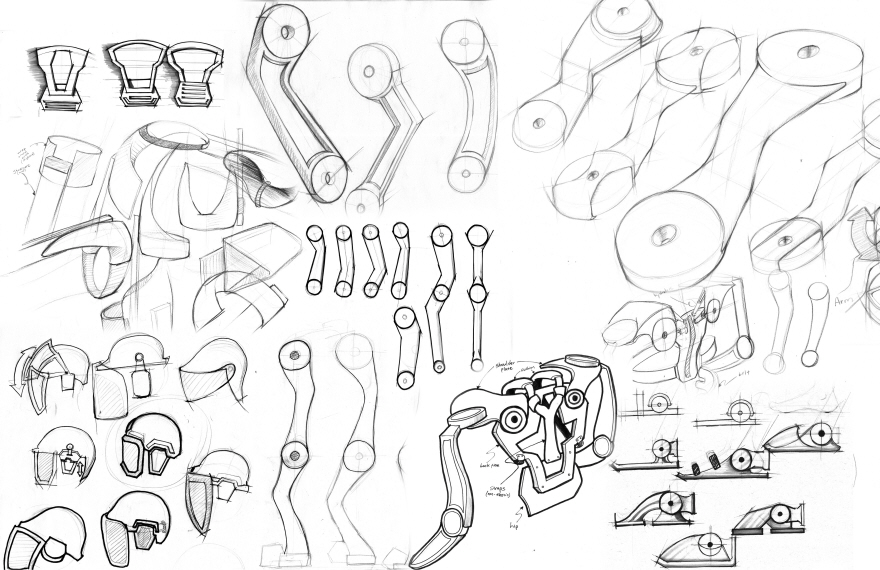 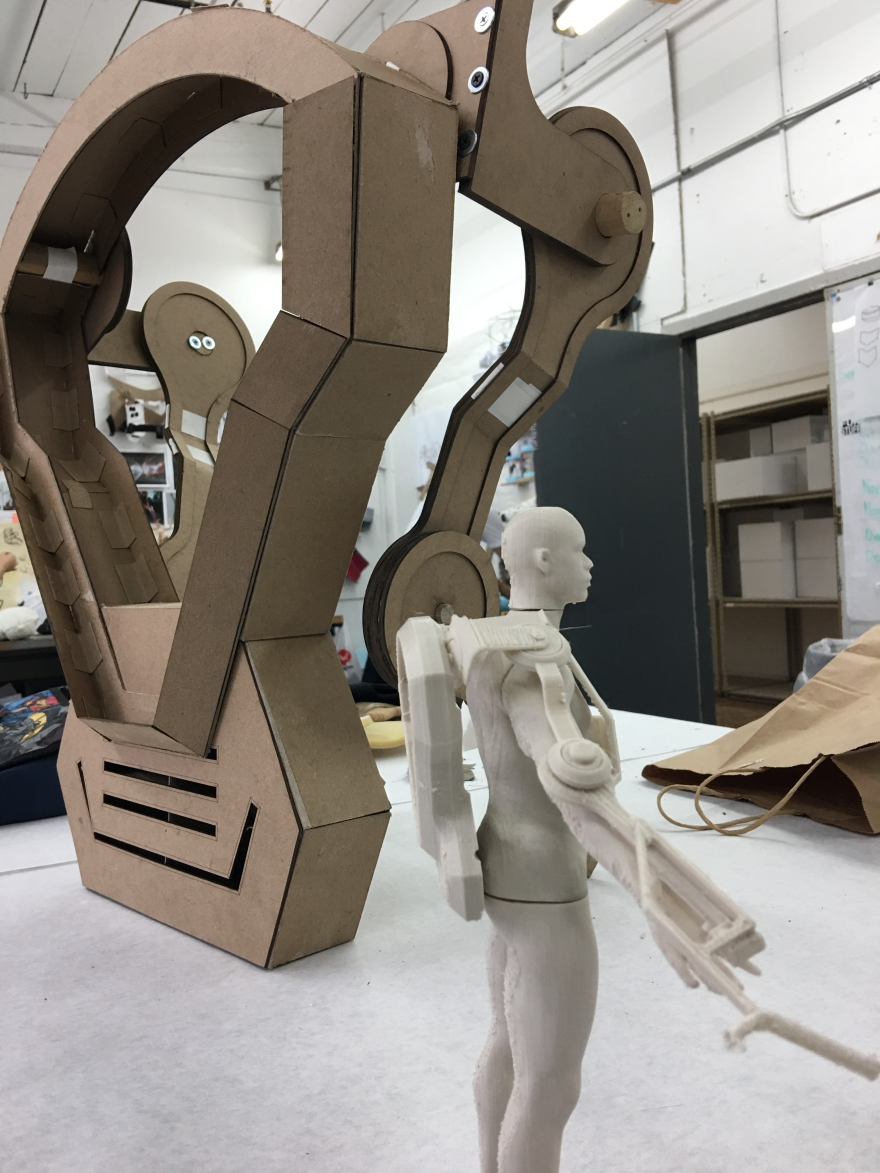 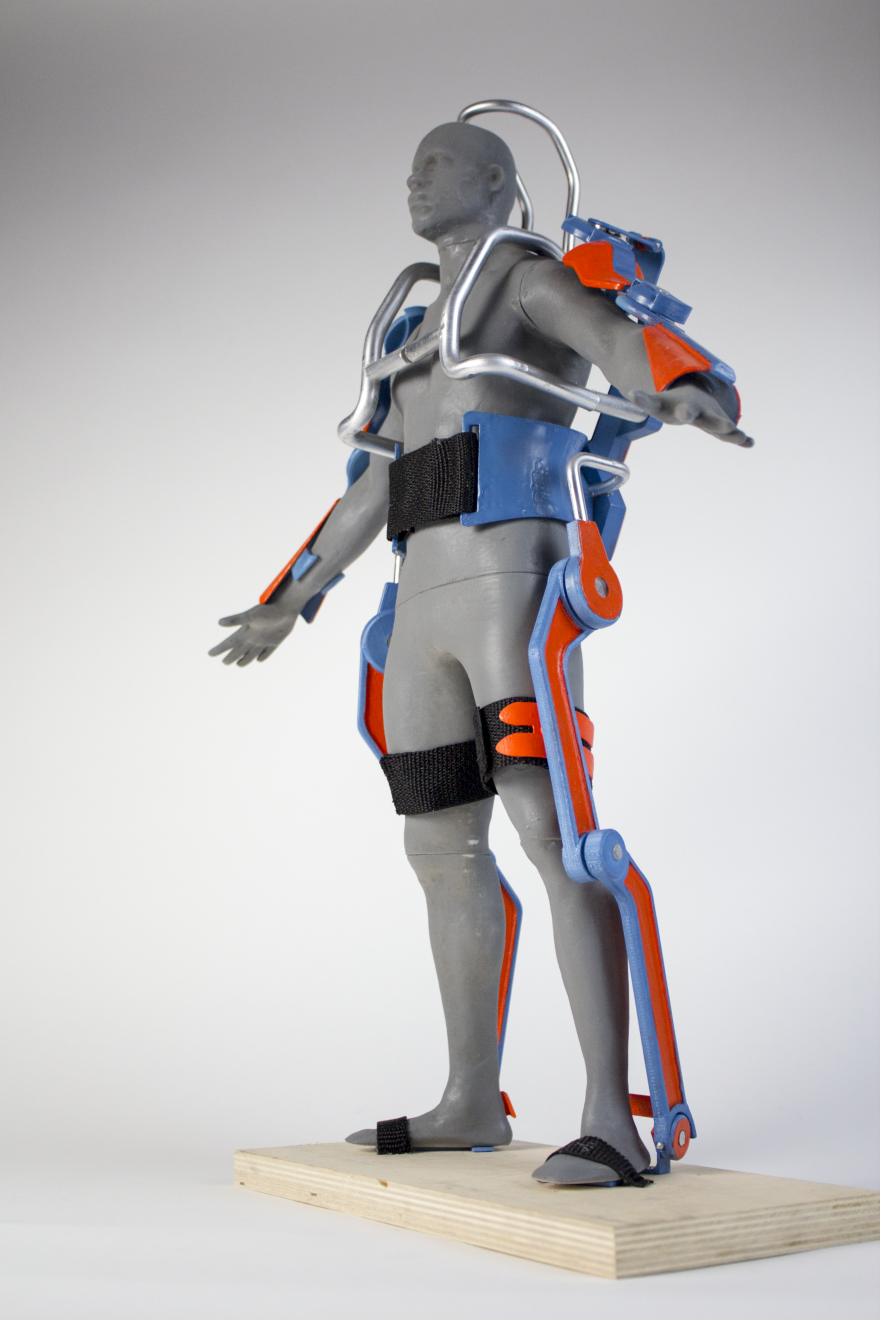 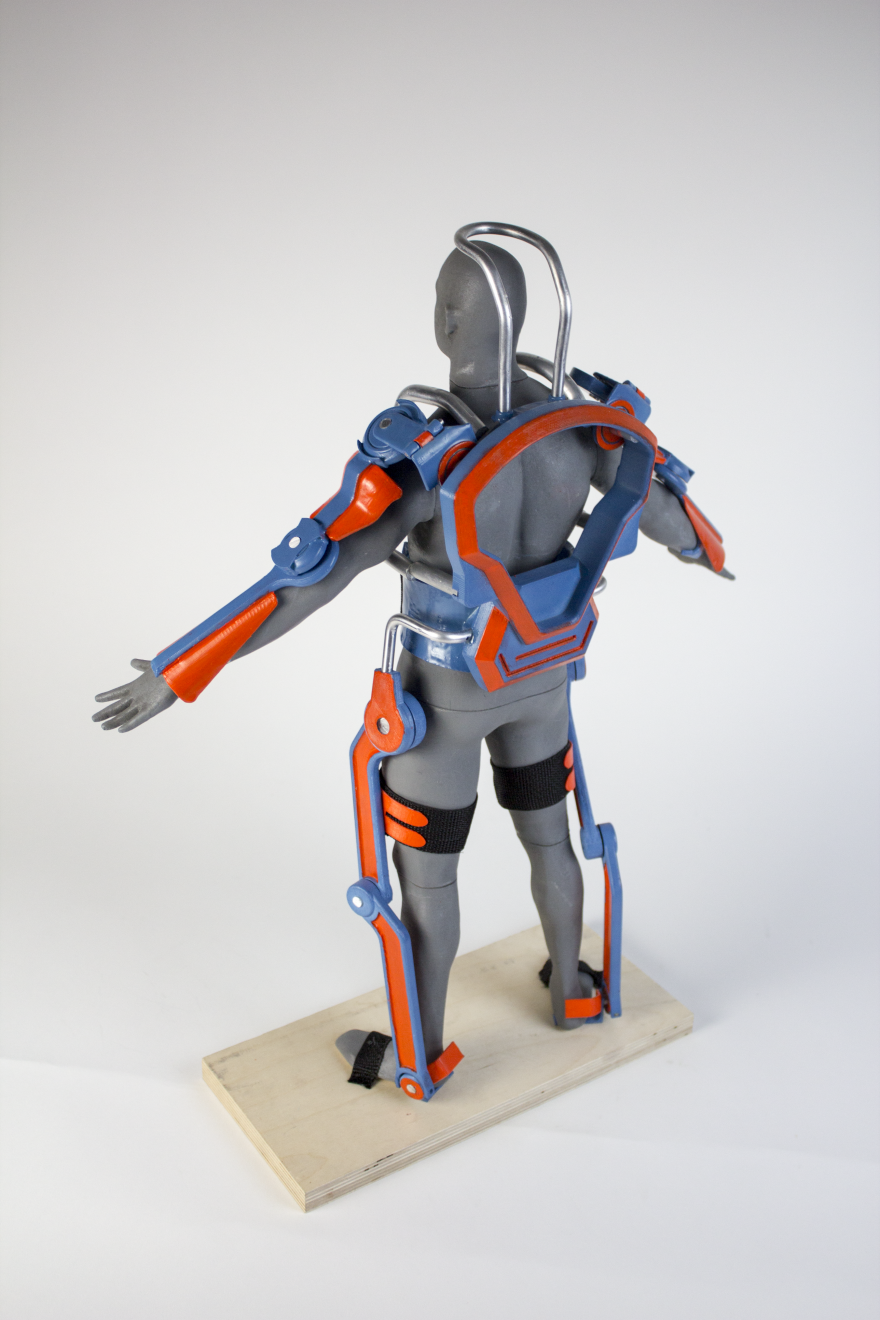 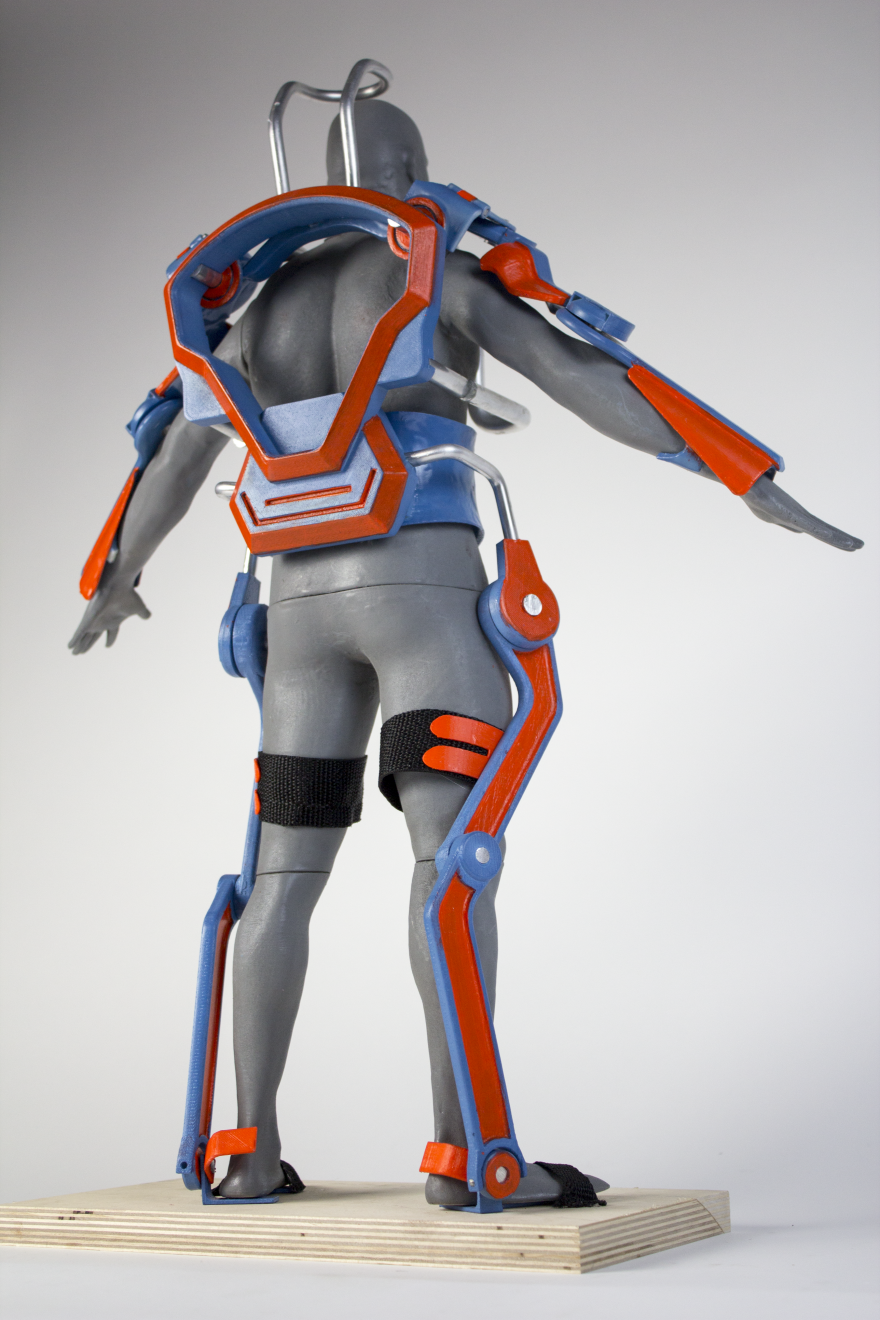 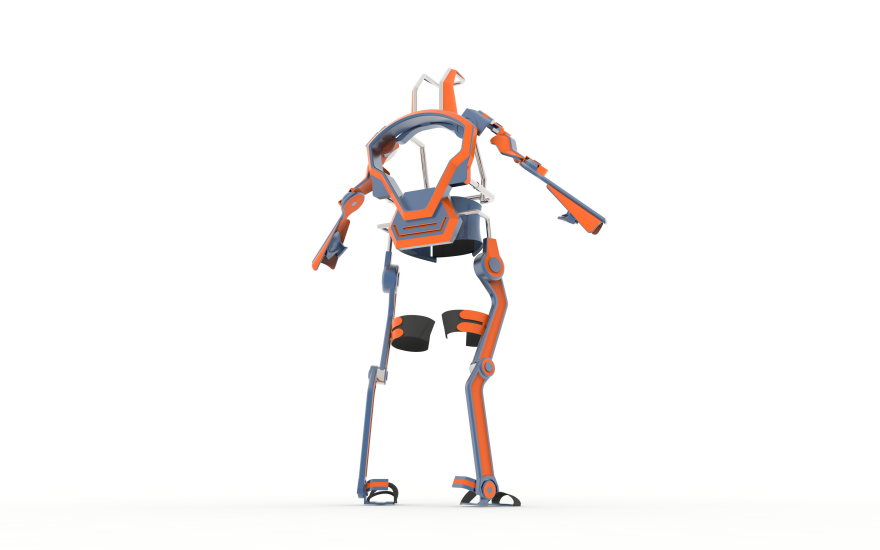 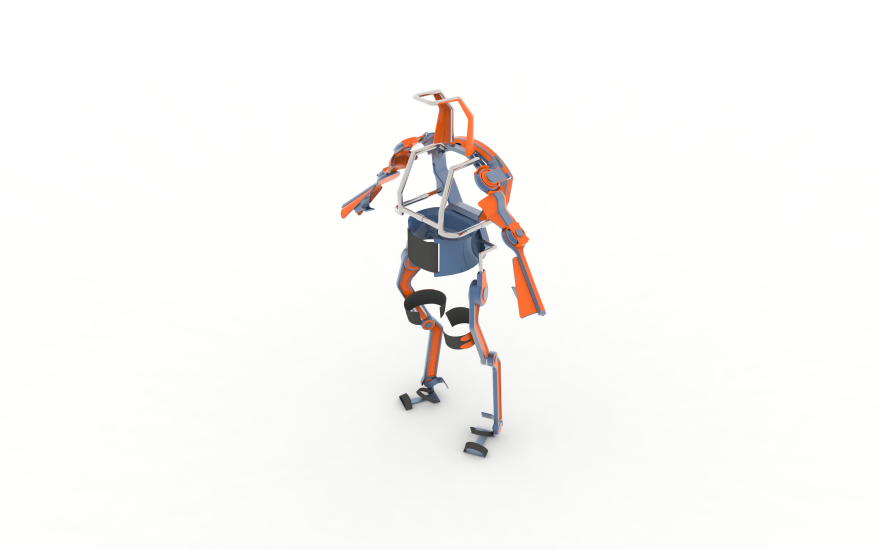 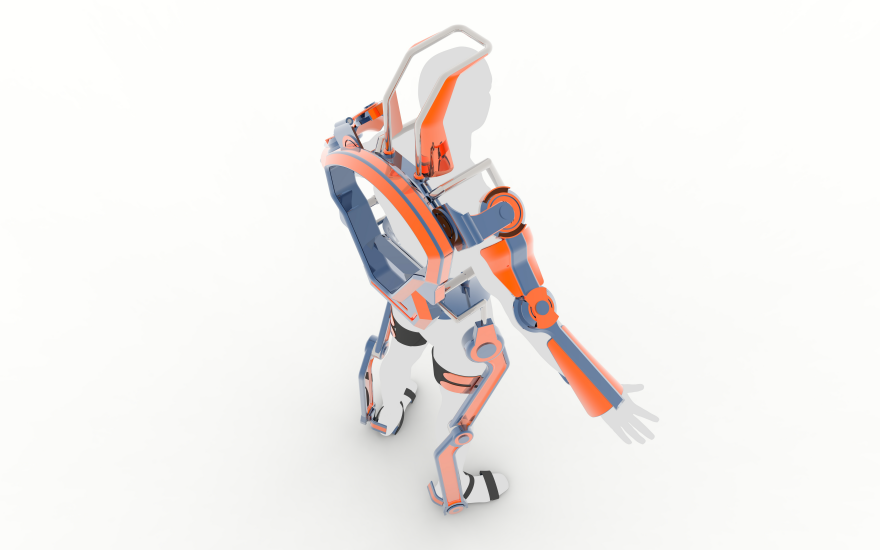 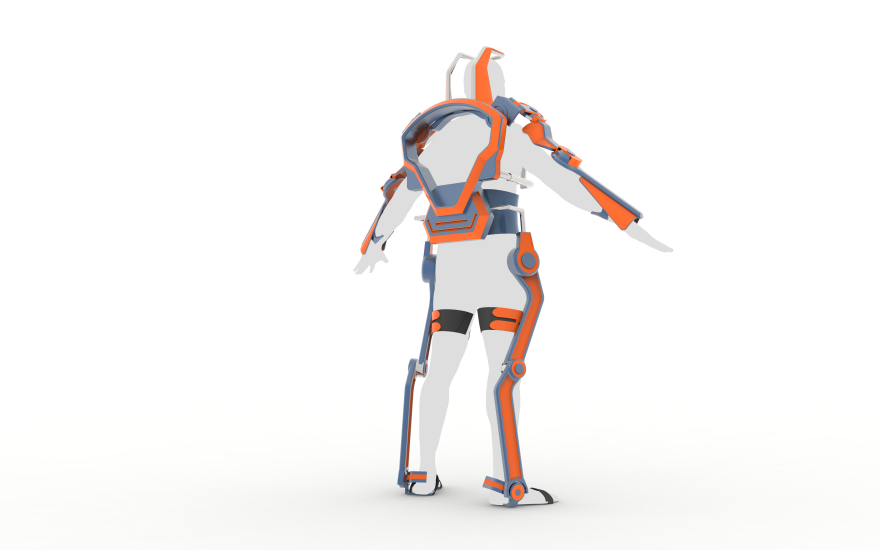 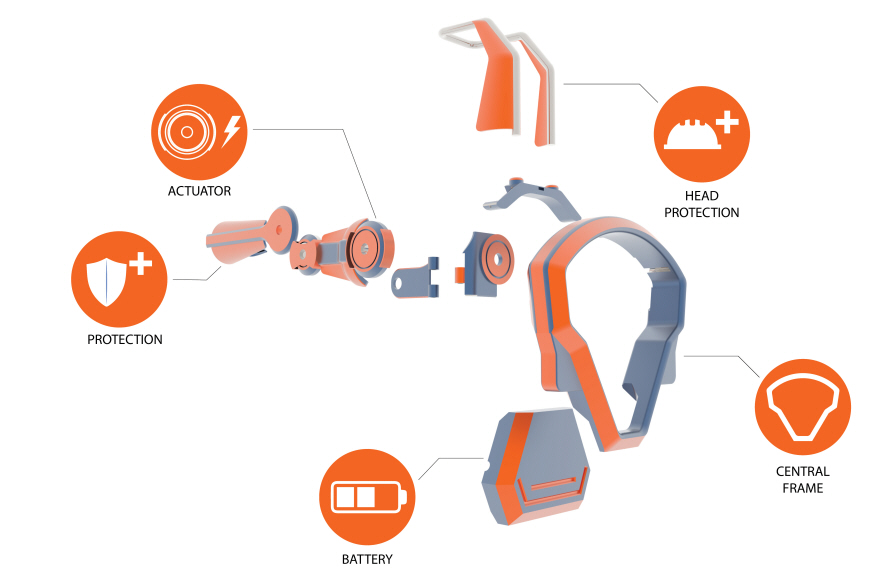 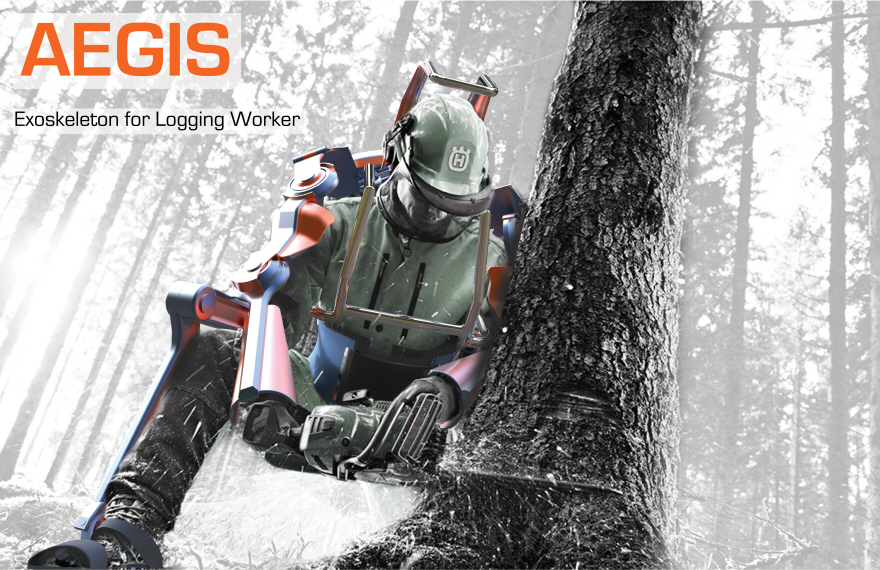 Loggers have one of the most dangerous job in the United States. According to statistics from the Bureau of Labor Statistics, they're reported to have had 110.9 injuries and 78 deaths in 2014, which means it's 30 times more likely for a logging worker to die than the average worker. They mainly get injured from falling trees or limbs. In addition, approximately 3% of the injuries are from chainsaws. After researching and interviewing, three key areas remain unaddressed: Lack of protection, chainsaw injuries, and lack of stamina.

After identifying the problems, I started the design process with how the exoskeleton can protect the logger when a tree falls and how it can assist them when they are working. 2D sketches were created and prototypes were made in scaled model and 1:1 scale model. After finalizing the design, 3D printing was used to create every part and assemble it together. After assembling the parts, rendering software was also used to simulate how this exoskeleton may be used in the logging industry.

Aegis gives extra power to the logging worker—the motor actuation will let them easily and safely finish the tasks. Also, the exoskeleton provides protection from falling trees or limbs with the steel tubes will reduce the chances of getting injured. Since there aren’t many parts on the lower body compared to the upper, it makes them able to move freely without struggling.