Drop by drop is a water filtration system for home that uses plants to filter out contaminants. Recommended plants to be used in the filtration system are herbs as they can be easily grown indoors for consumption and the water procured has a scent that is pleasant to taste. The air that goes out of this system is primarily oxygen which enhances the room atmosphere.

This is more than just a filtration system. It is a new lifestyle where the appliance is a living breathing entity which sits in the living room right next to your favourite couch. I believe that such a product can bring about a mass movement in the way we look at appliances and value systems. The concept can be scaled up using bigger plants and trees that need more water and can be grown in contained environments. Several other scales can be explored and implemented, thereby paving the way for research and design to delve into more sustainable solutions and solve some of the most burning problems of our times. 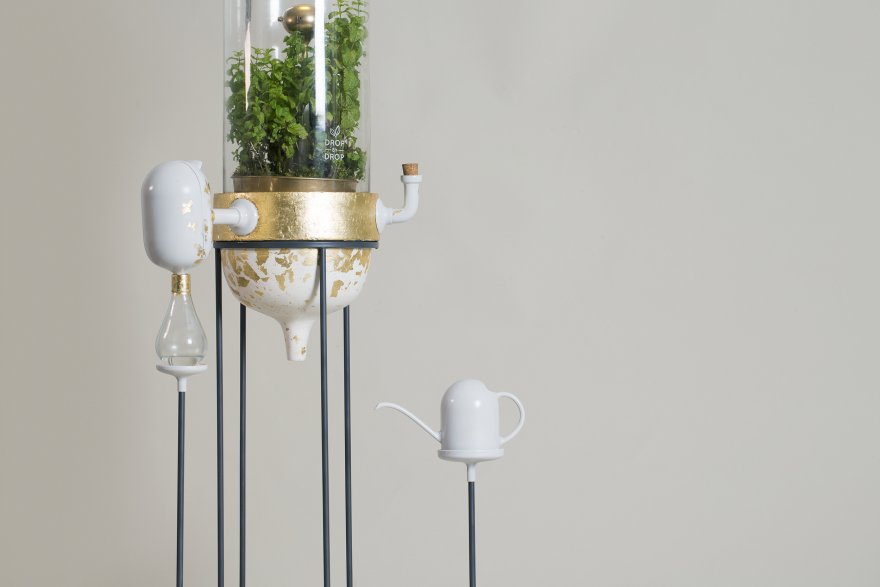 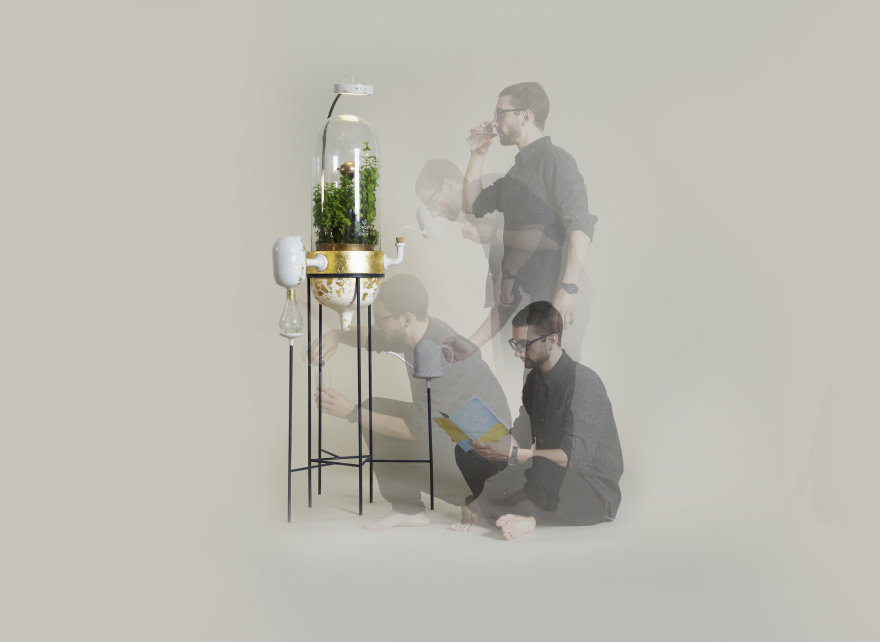 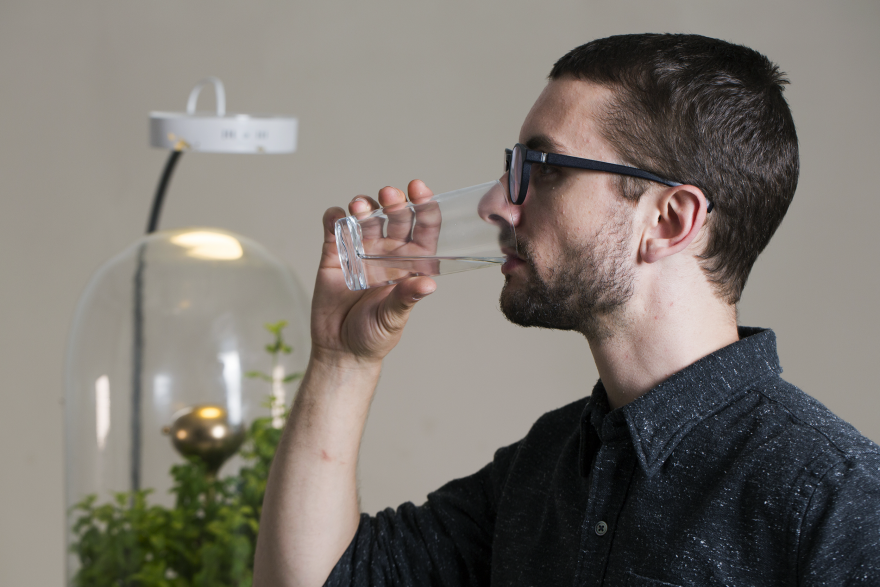 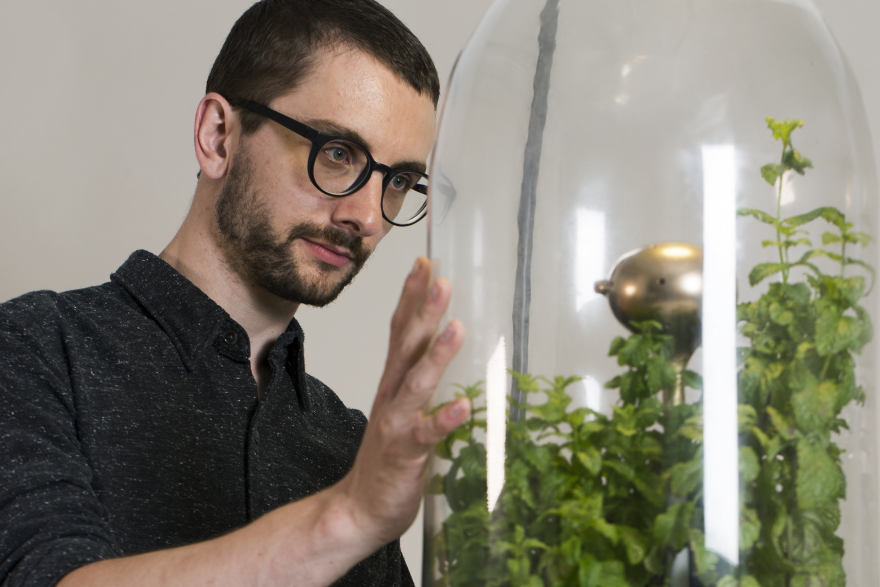 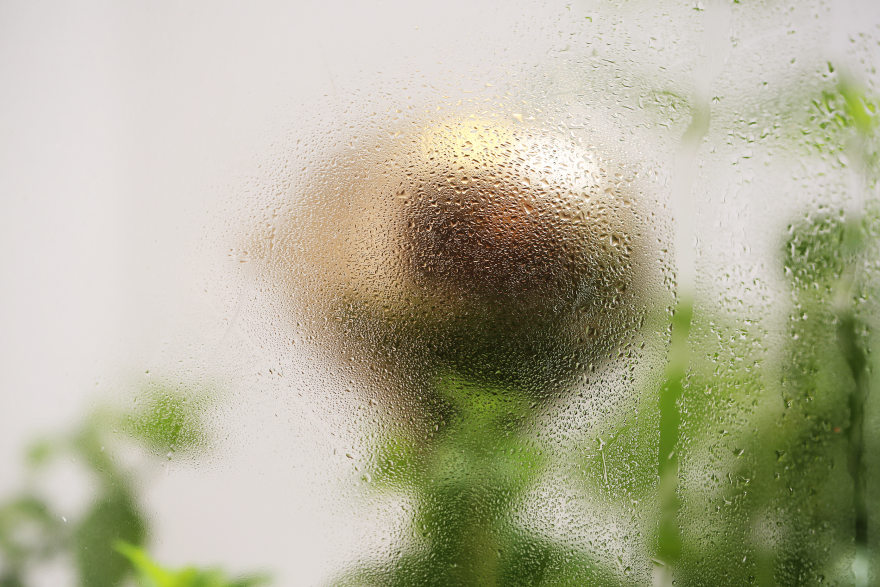 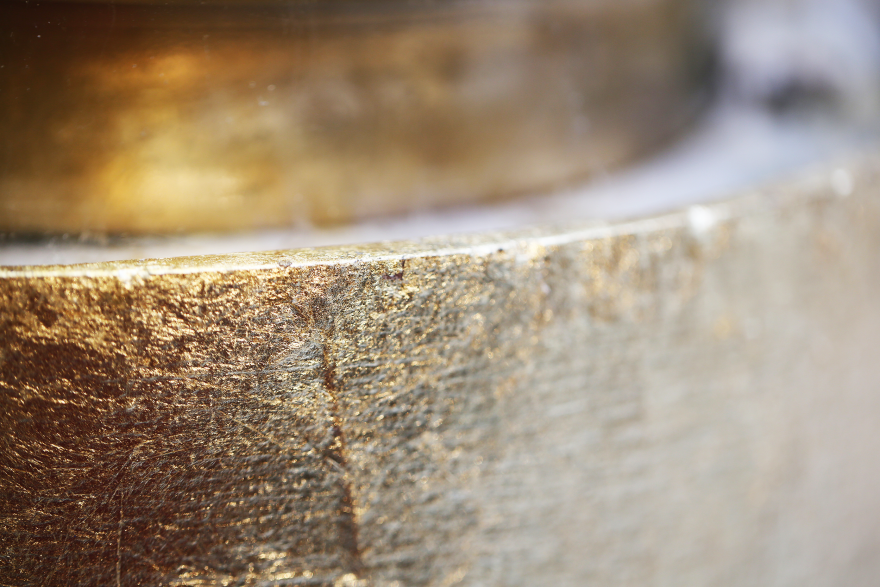 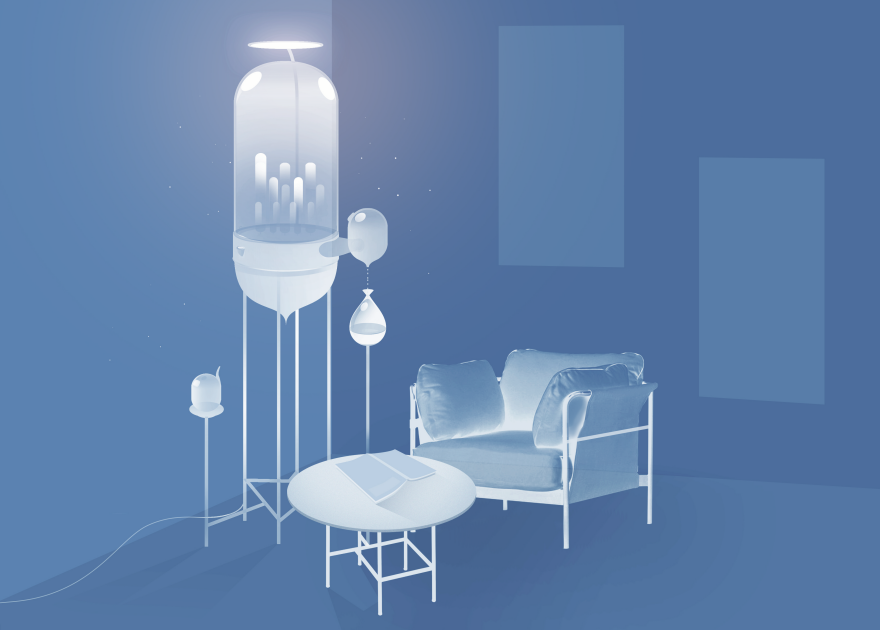 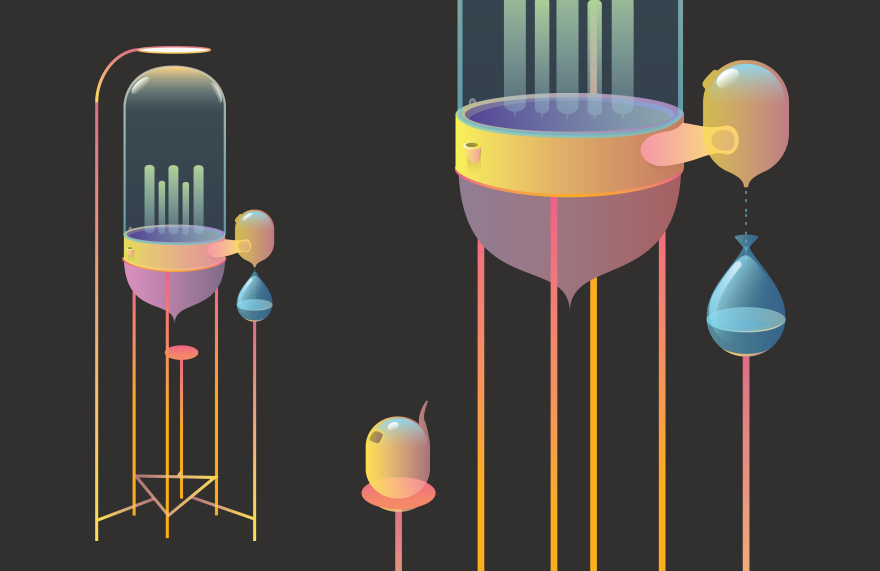 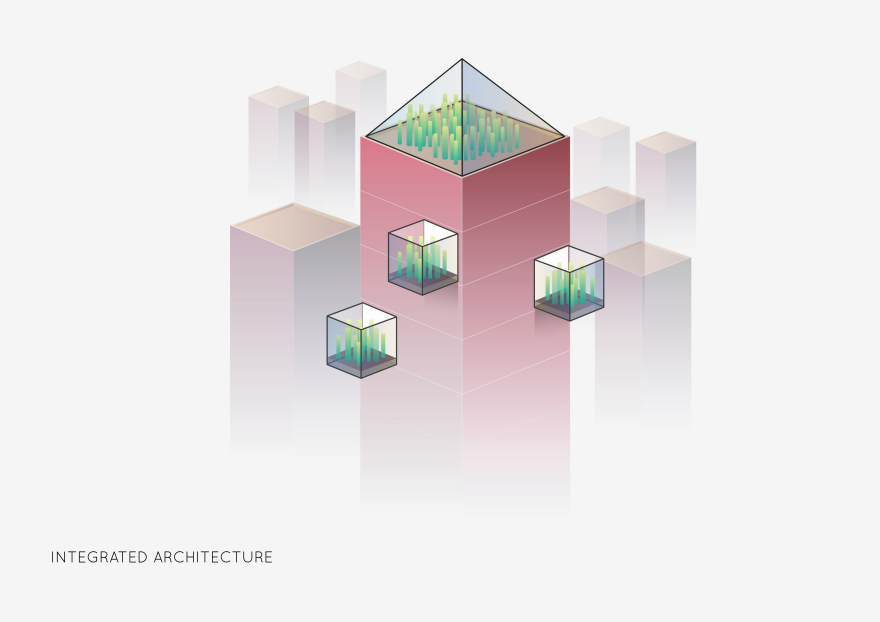 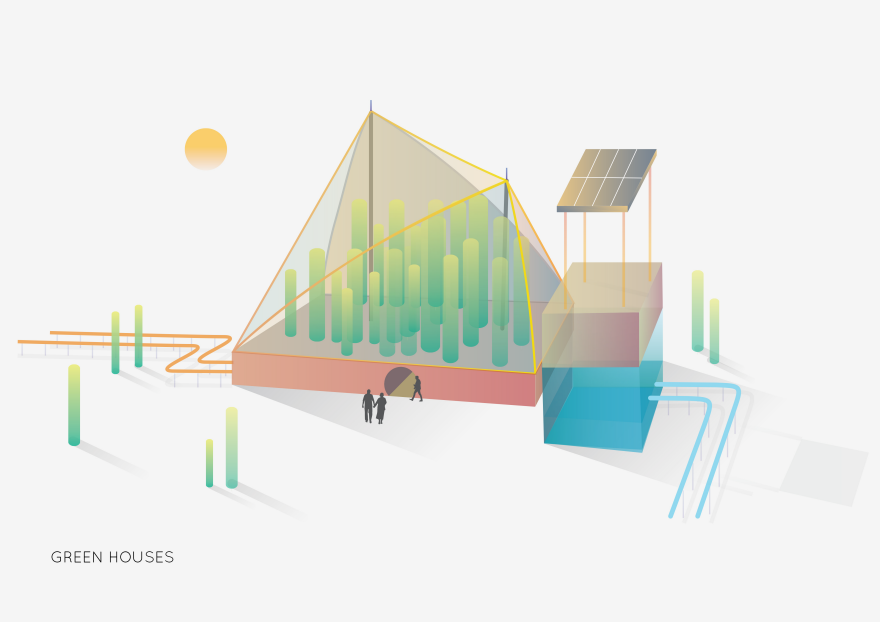 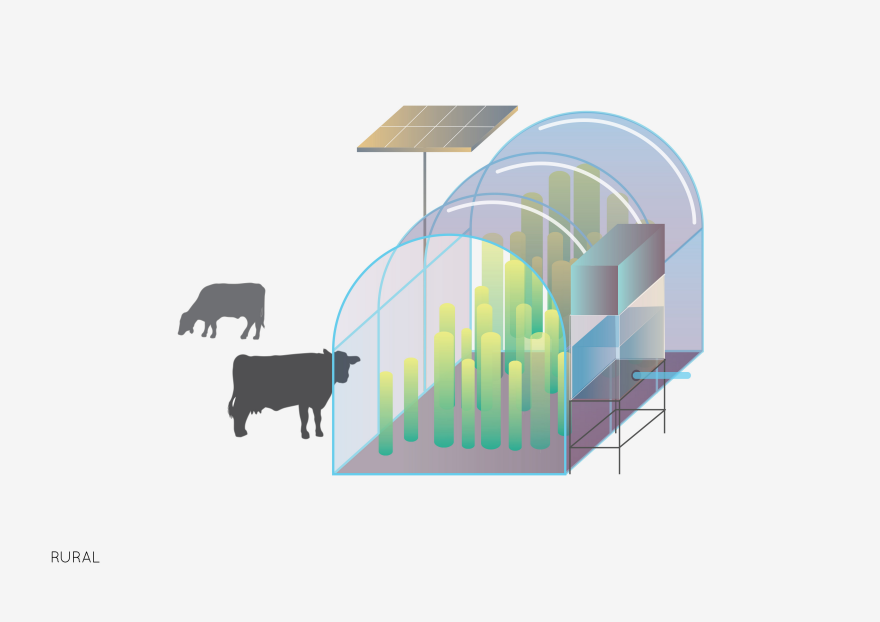 This project looks at our relationship with water, provokes and asks for new value systems to be set up before it's too late. One concept that fascinates me is the Biotic Pump theory by two researchers named Anastassia Makarieva and Victor Gorshkov. This theory discusses how trees in forests like the Amazon Rainforest transpire millions of gallons of water into the atmosphere, creating a partial vacuum and bringing rain to this part of the world.

Another inspiration for this project was the practice of phytoremediation, which is the process of removing contaminants from soil using plants. Early on during my research, I realized that the problem is not local or limited to developing nations, but it is a worldwide phenomenon. By 2025, London might have to start recycling grey water for drinking. This would require industrial scale chemical treatments that are highly unsustainable.

The idea is to change the way we procure and consume water at a larger level. But in order to do that, there needs to be a change in the value systems—what better place to start than the home? One can pour dirty water collected from the kitchen or even the bathroom into the Drop by Drop system, and the plants help you filter it. The system has a watering can kept on one side, which can be filled with dirty water for the plants. There is also a drop-shaped glass bottle which collects the distilled water on the other side.

Drop by Drop is a biosphere wherein the five key factors necessary for efficient transpiration—namely warmth, wind, light, pressure and humidity—are maintained at an optimum level. A grow light triggers the plants to photosynthesize and transpire. A dedicated pump controls the airflow within the system and creates a partial vacuum which is further maintained resulting in expedited transpiration. The moisture laden air is then strategically pulled out of the system and condensed to form pure distilled water while the air that comes out of the system is primarily oxygen.

This is considerably a slow process, hence the name Drop by Drop. To this water, less than a pinch of Himalayan salt can be added to reintroduce certain minerals and make it suitable for drinking.

If you are gone on a vacation or are unavailable to water the plants, you can plug the vents with stoppers, which creates a self-sustained biosphere in itself. There are enough microbes and insects in the soil that will provide Carbon dioxide for the plants, and the plants will provide the oxygen for them in return.

This concept currently uses less than one square foot of mint. This is able to filter out a little less than a glass of water. More efficient systems can be built. Although, the same system can be scaled up to filter mass amounts of contaminated water.

The end result leans towards a sculpture more than an appliance. It is not meant to be hidden in a kitchen under the sink but to be celebrated in the living room next to your favorite couch. The use of gold is deliberate to portray the fact that water is one of the most valuable substances on the planet.