A Team of design students at the Braunschweig University of Art, under the supervision of Dr. Manuel Kretzer, visiting professor 'Digital Crafting', cooperated with Audi's development/innovation unit, lead by Mike Herbig, to rethink the notion of the car seat and create an innovative vision of a dynamic structure for the future of autonomous driving. 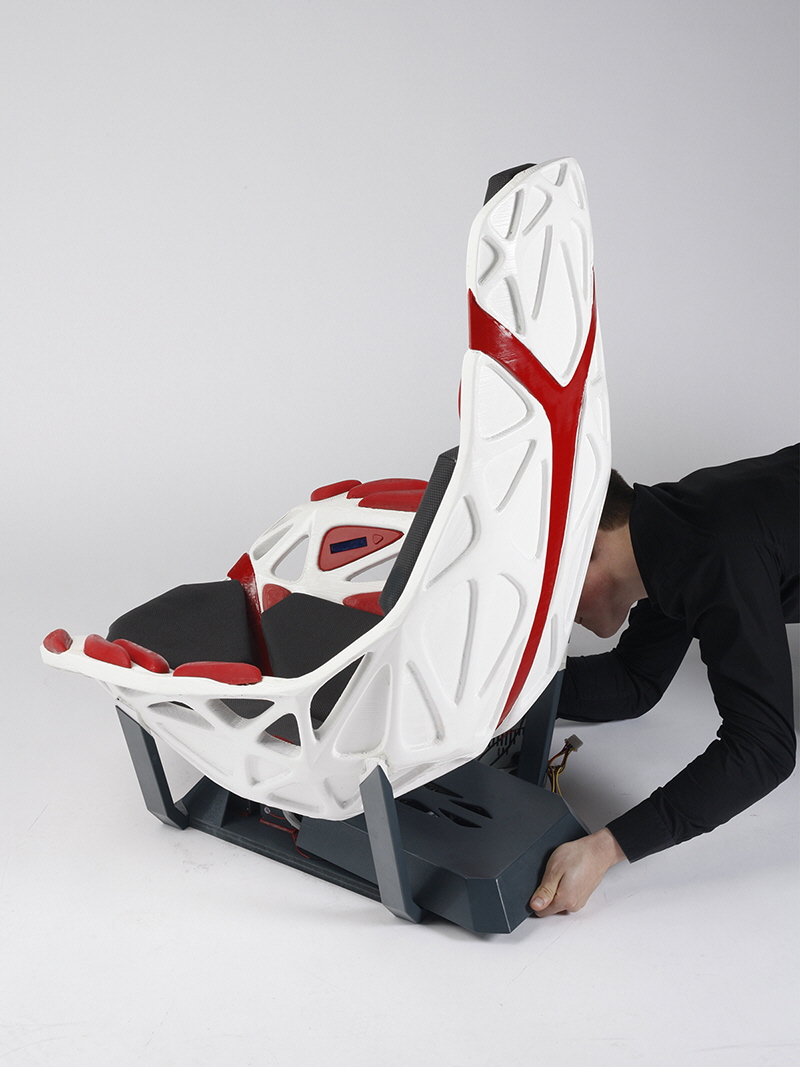 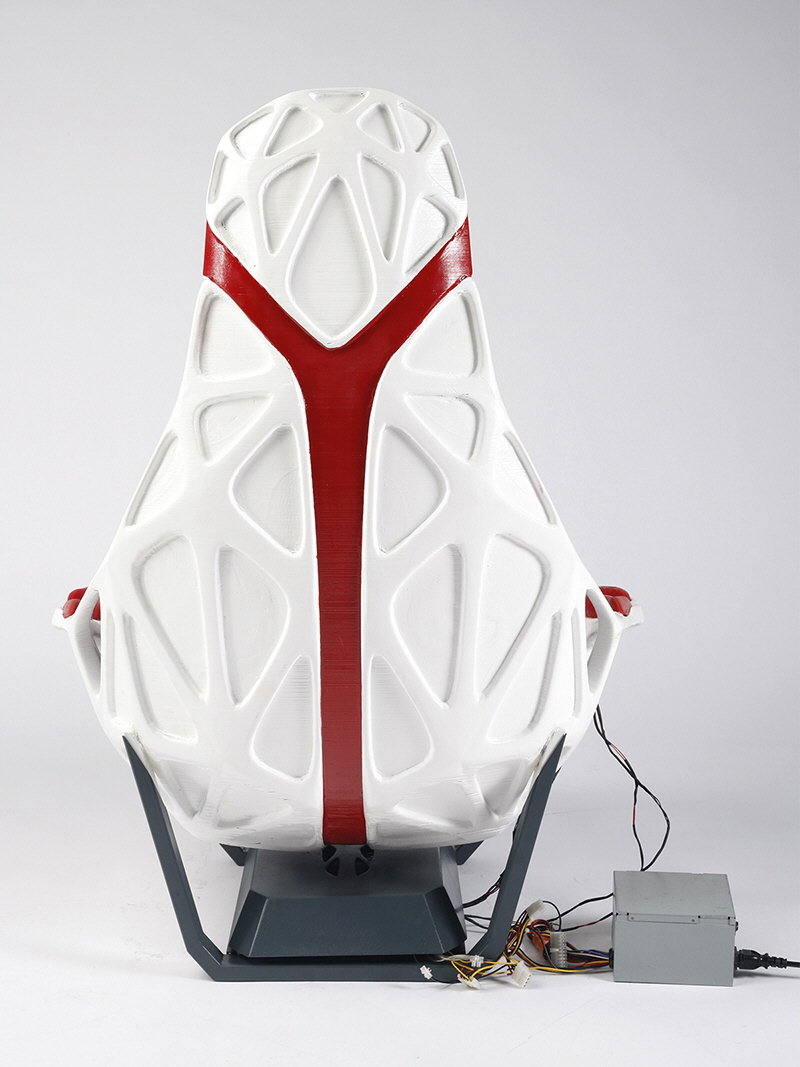 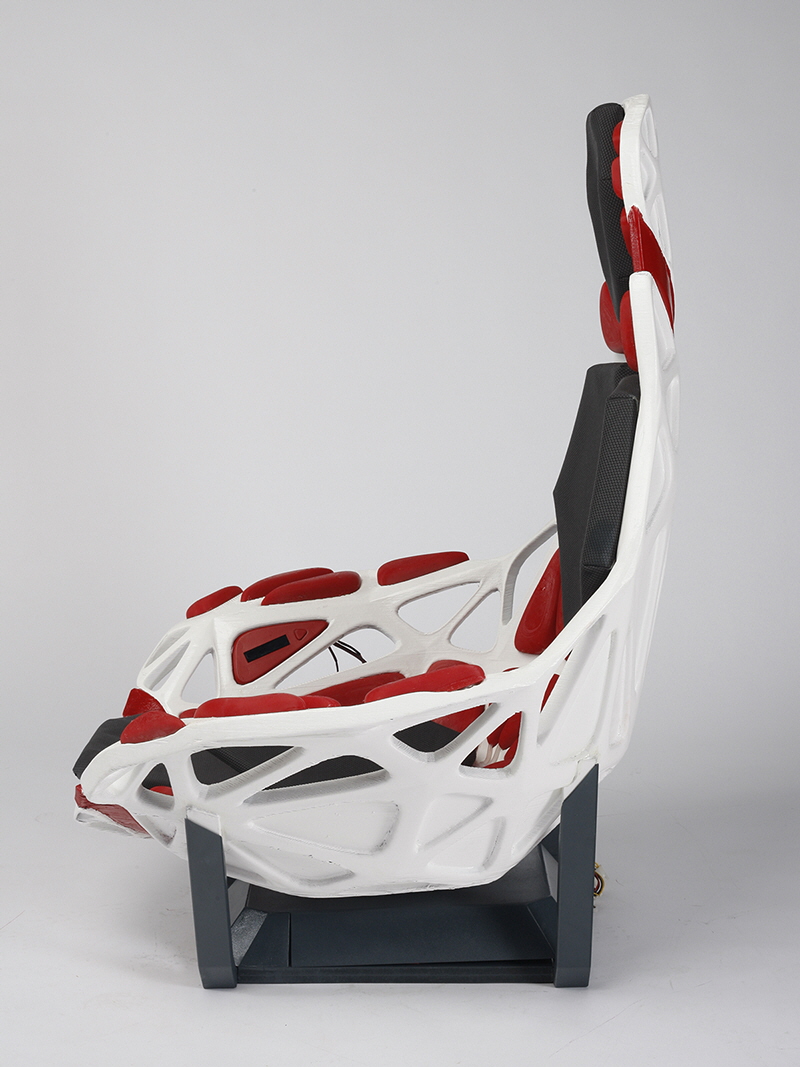 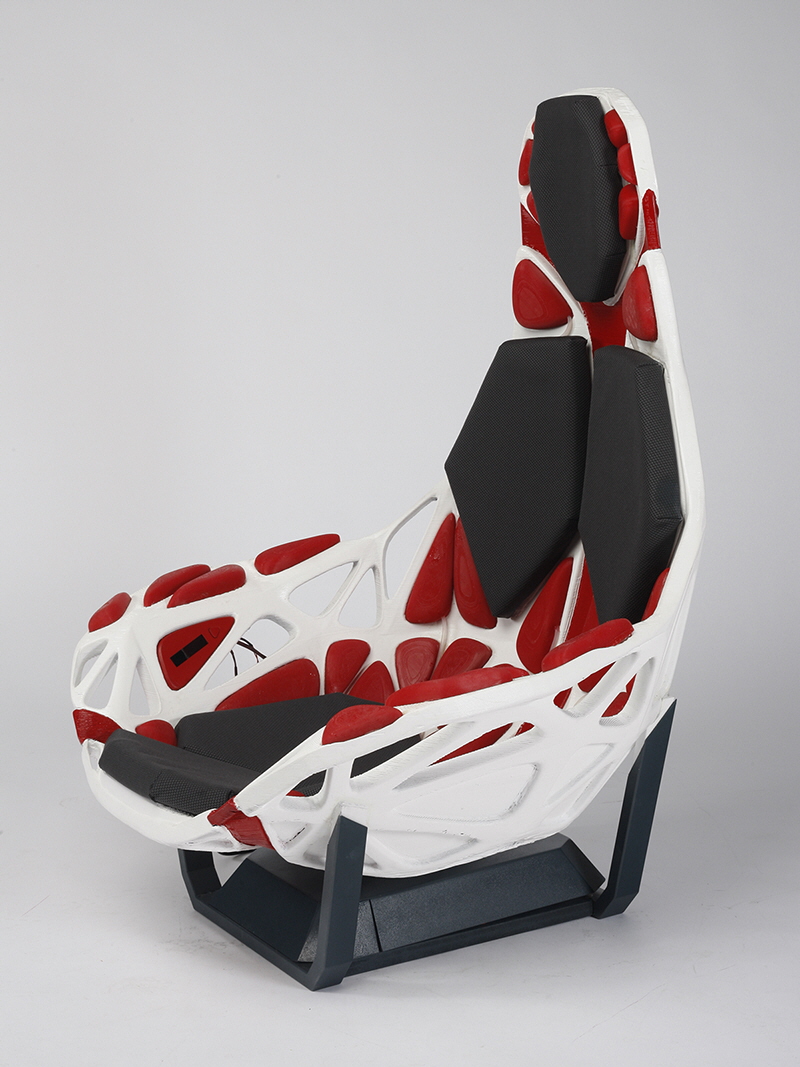 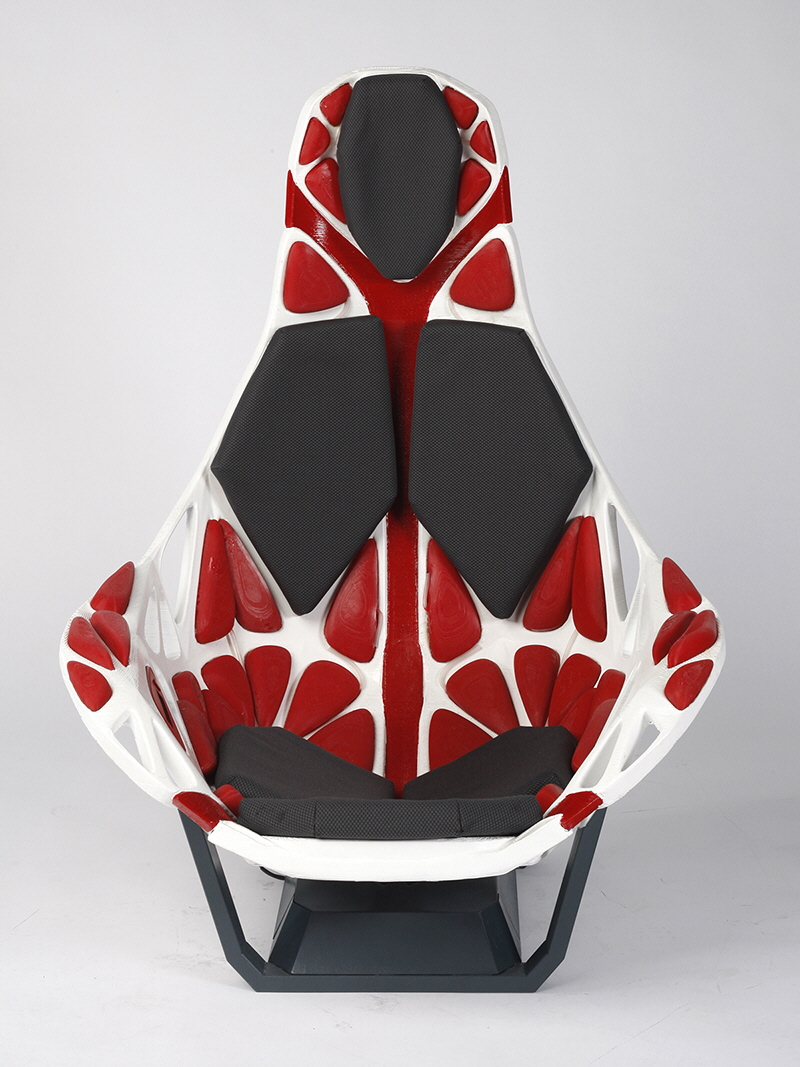 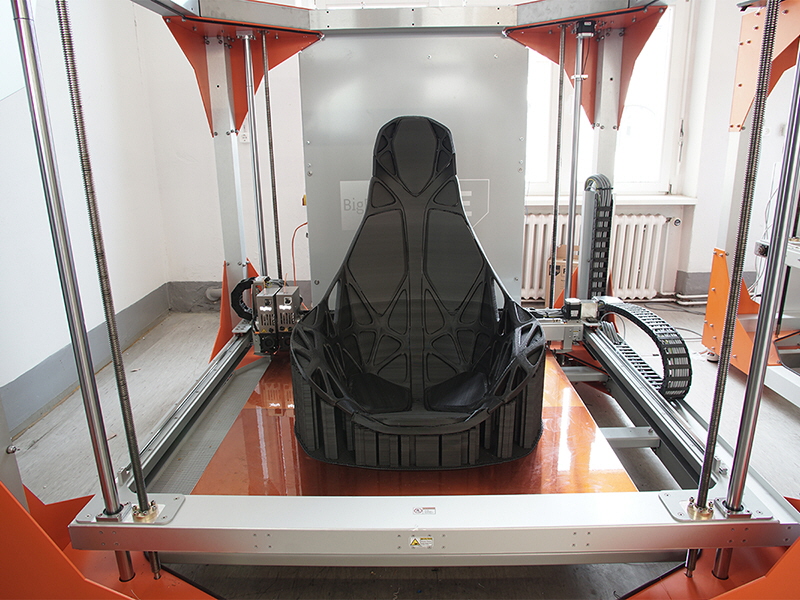 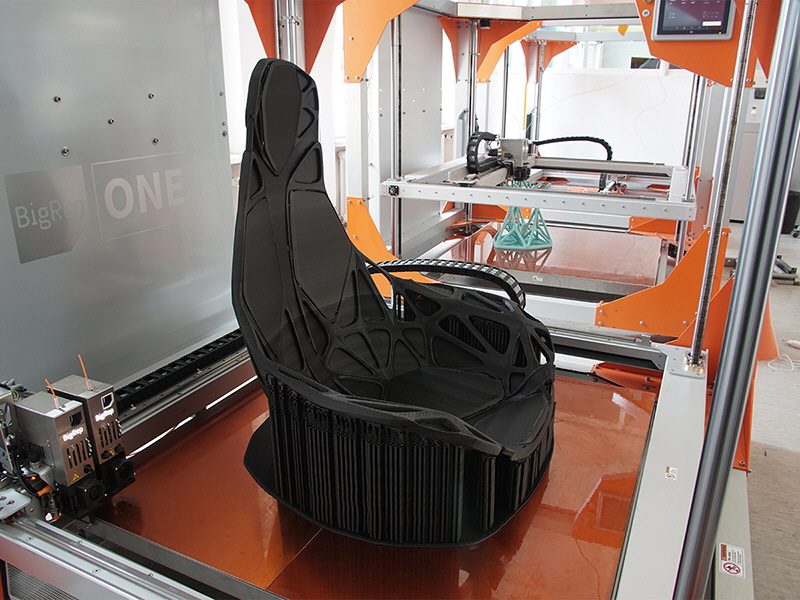 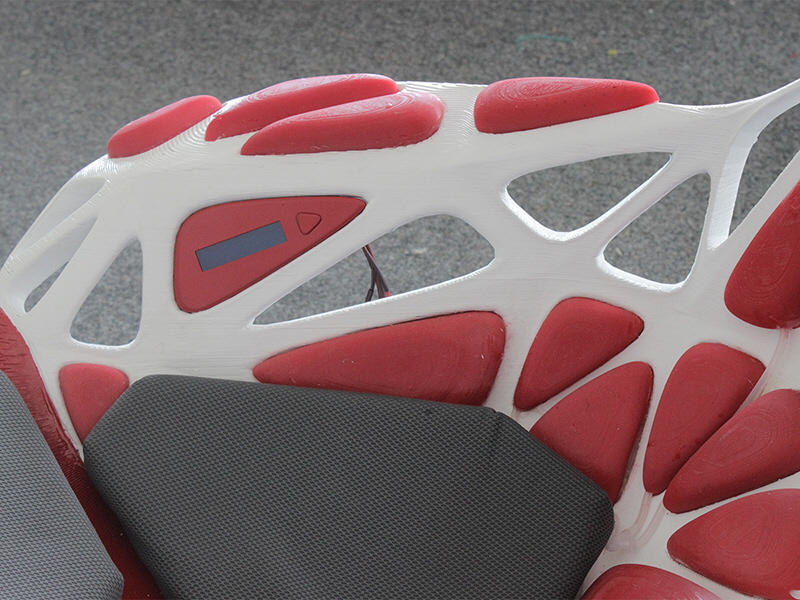 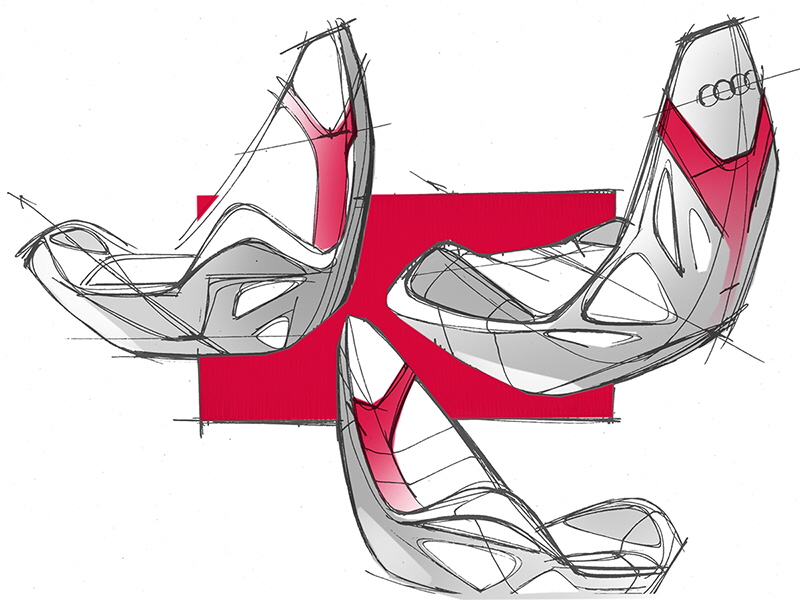 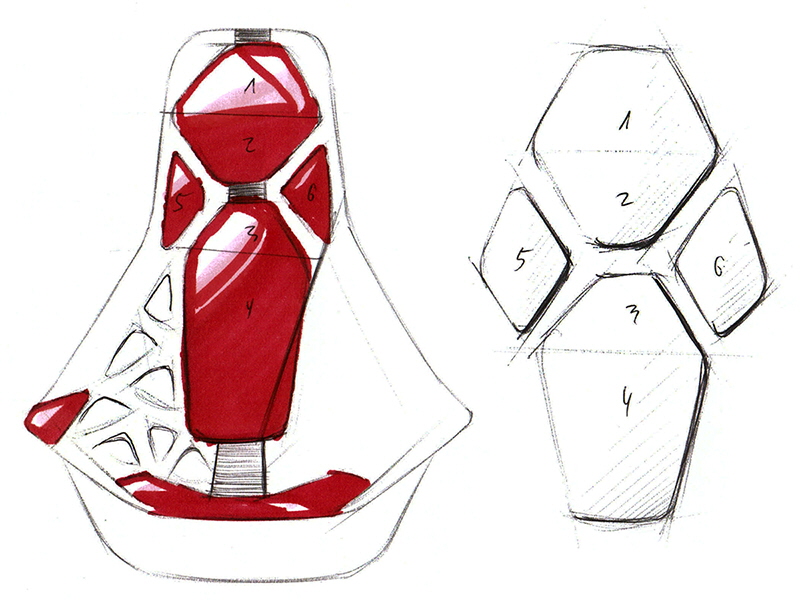 What if the car of the future could be more than a mere means of transportation? What if it were to become a partner that reacts and responds to our actions—an organism, a friend, that lives and breathes?

Building upon Audi's study 'Klara – The Living One', a transformed A1, which responds to human interaction through moving body panels and subtle sounds, the group aimed to create a prototypical car seat at the emotional intersection of man and machine.

The project was developed and realized within three months from April until late June 2017 by a group of ten students in their 2nd and 4th semester Bachelor studies at the Braunschweig University of Art, as part of their 'Digital Crafting' modules. The Digital Crafting courses focus on an experimental understanding of emerging design opportunities resulting from algorithmic/parametric approaches and the exemplary realization of 1:1 prototypes using cutting-edge digital fabrication technologies.

The project started with a two-day ideation phase, led by csi's Mission Findus. The small team then quickly split into three distinctive groups, each focusing on one of the following aspects: design + construction, material + comfort and actuation + response.

The design part was strongly inspired by forms and systems occurring in nature to develop a structurally sound, lightweight system to house an array of active components. Following numerous studies of parametrically designed shapes, the decision was made to focus on 3D printing as the most viable method for the 1:1 realization of complex forms. Supported by BigRep GmbH, a full-scale mockup was eventually printed from Pro-HT Plastic, a biodegradable material with outstanding strength properties. The process, which took almost ten days to complete, is to date the longest print the global supplier of large-scale industrial 3D printers has performed.

In parallel, the second team developed and produced a set of 38 bespoke, active components that became incorporated into the seat's surface to dynamically adjust its visual and haptic properties. The components are designed to increase the seat's ability to respond to changing driving conditions but especially to enhance the user's identification with the animate object through motions of breathing.

Finally, a number of customized cushions from a high-performance fabric were added in five separate areas to guarantee the necessary comfort and stability.