The Barisieur is a premium alarm clock that eases you into your morning with the soothing sounds of bubbling water, along with the smell of the freshly brewed coffee or loose leaf tea. 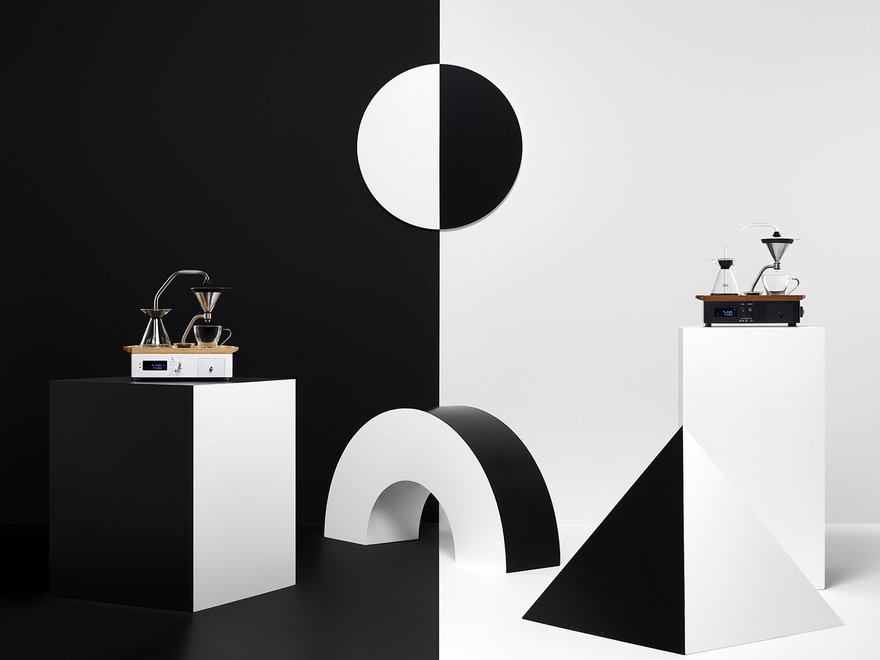 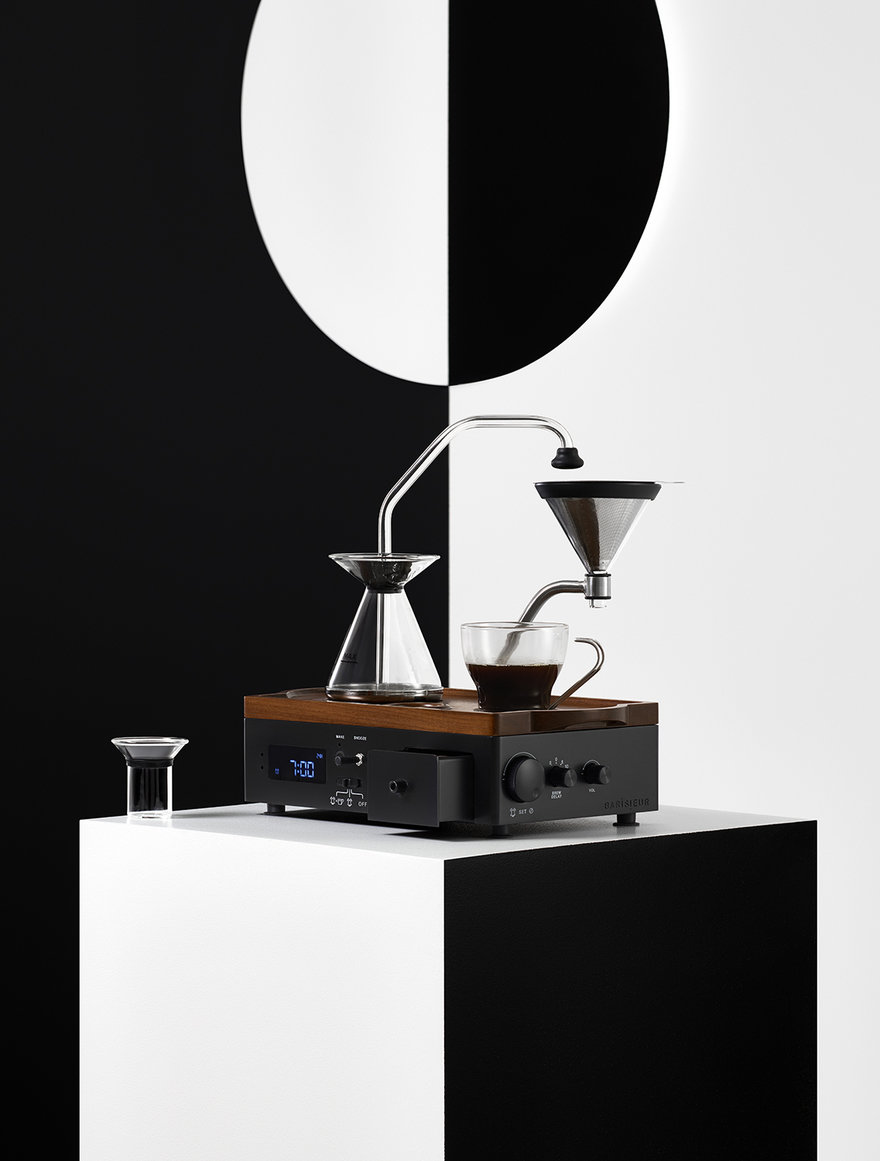 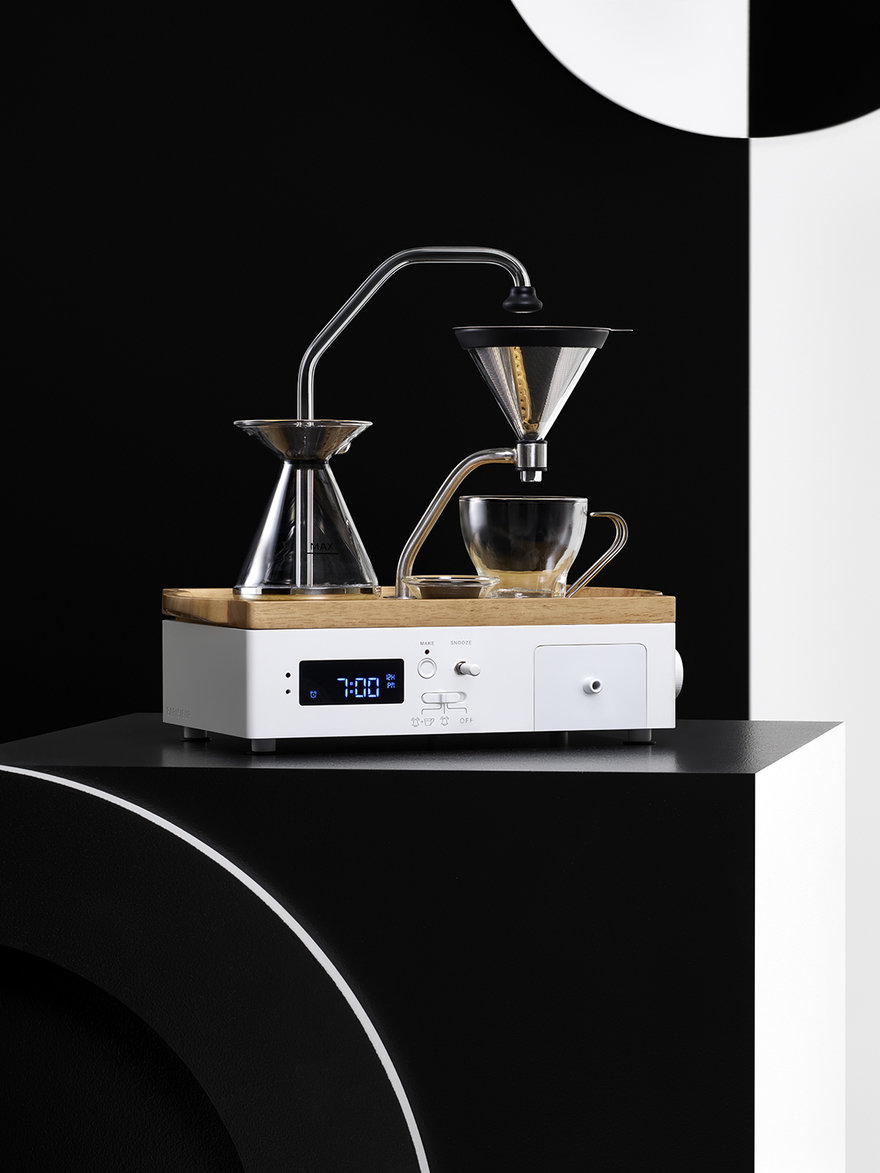 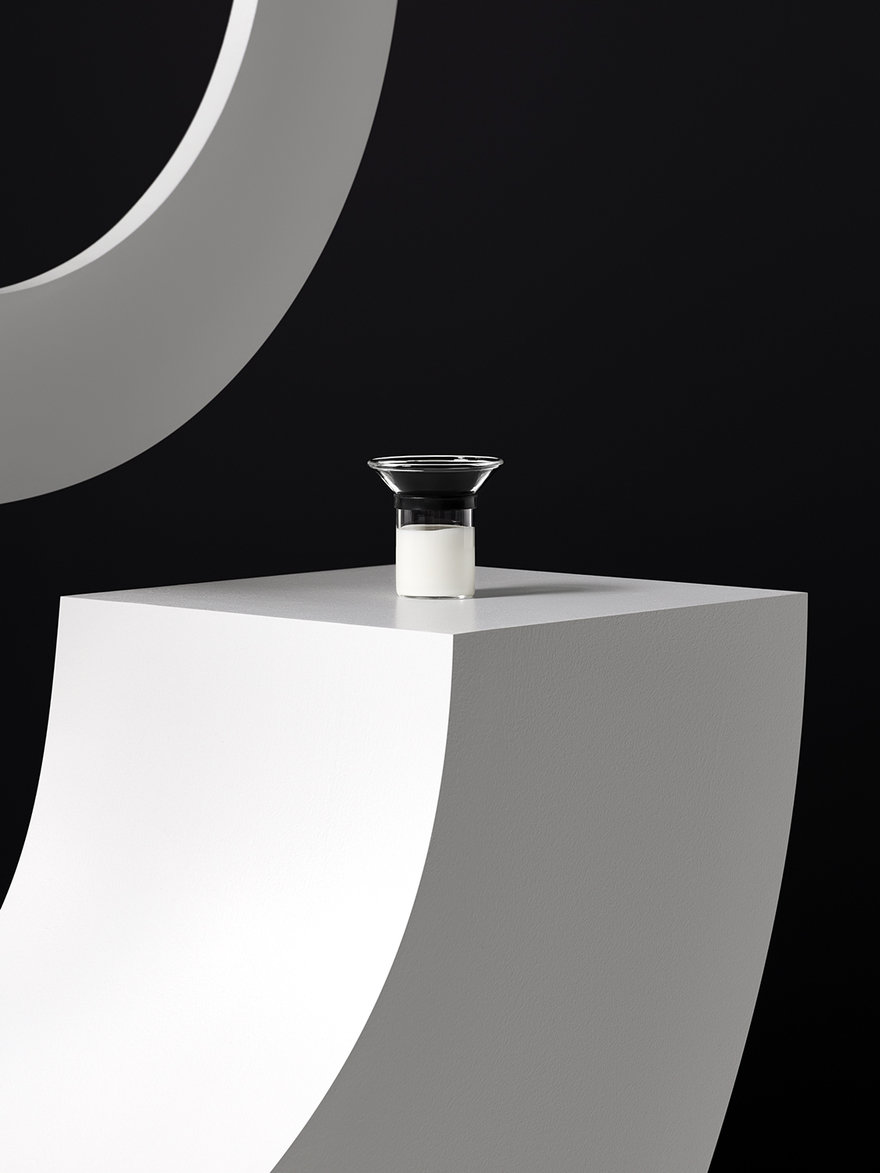 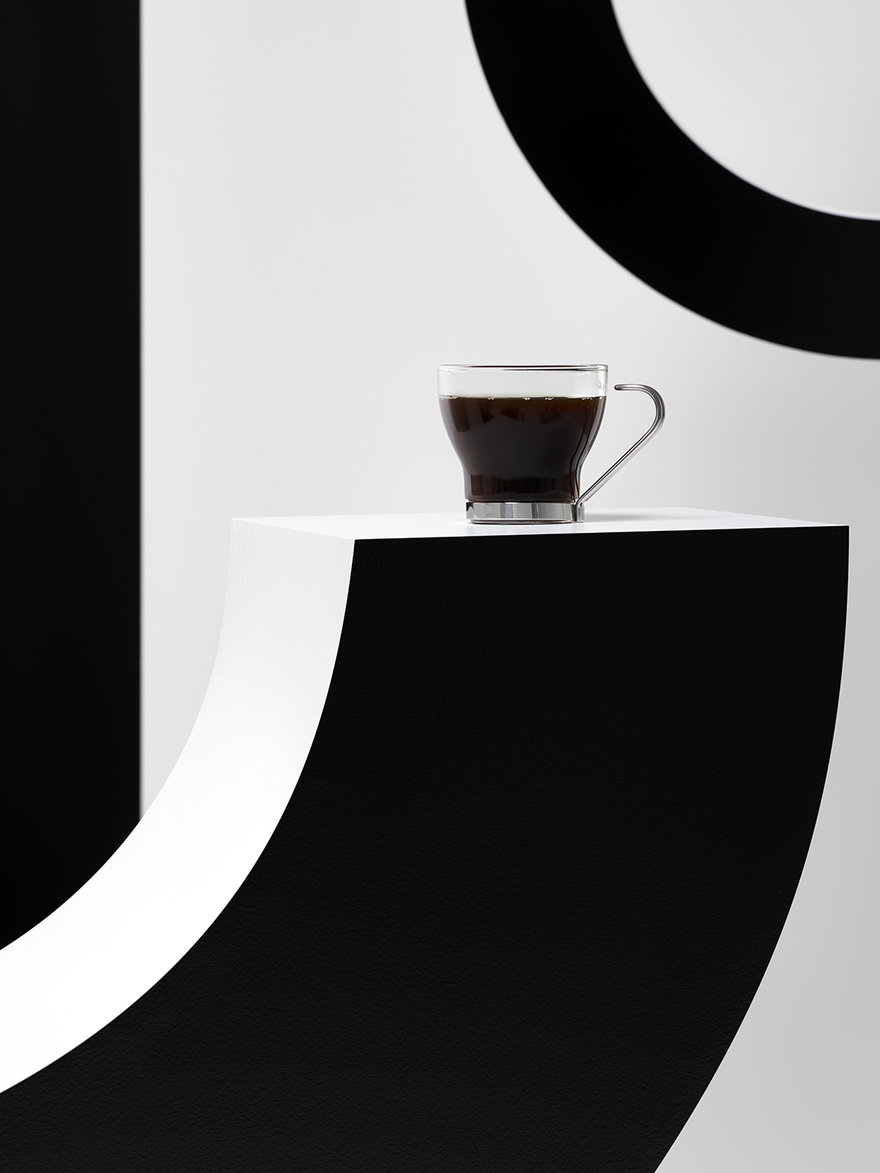 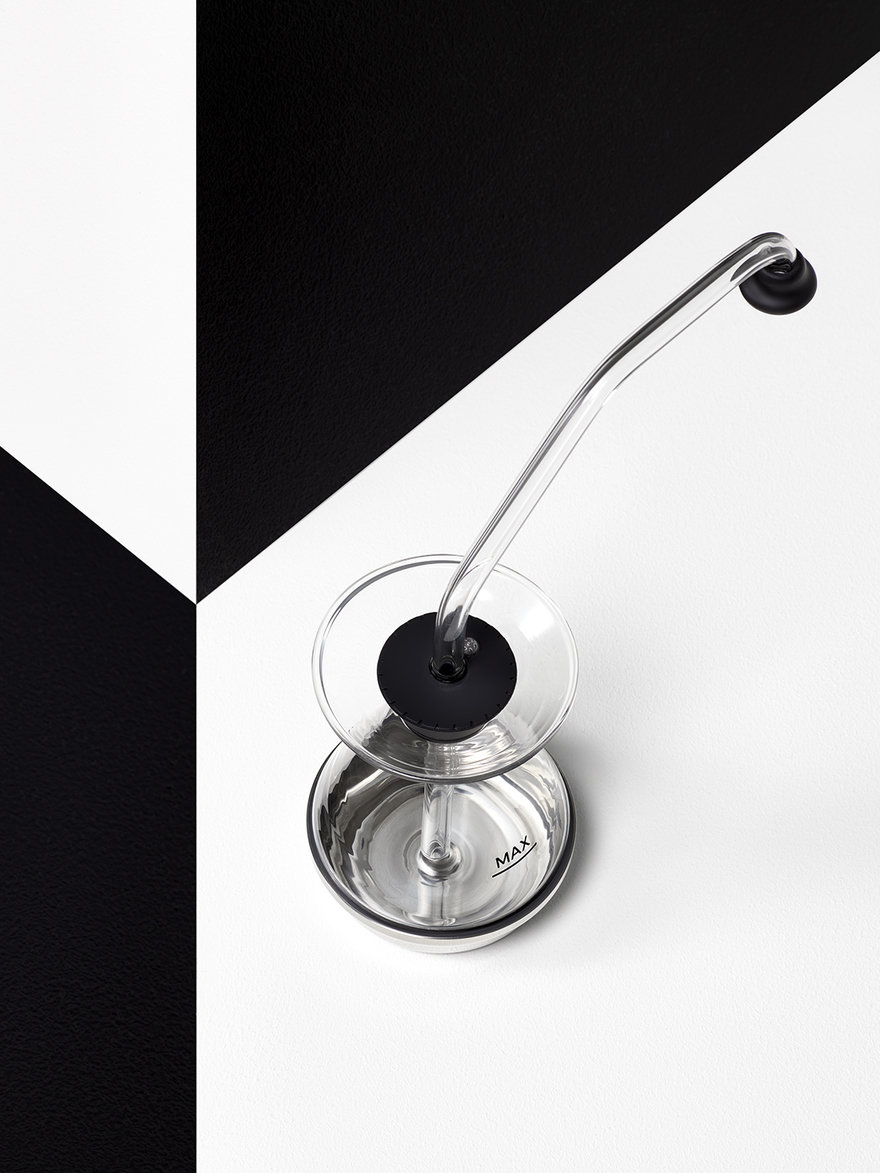 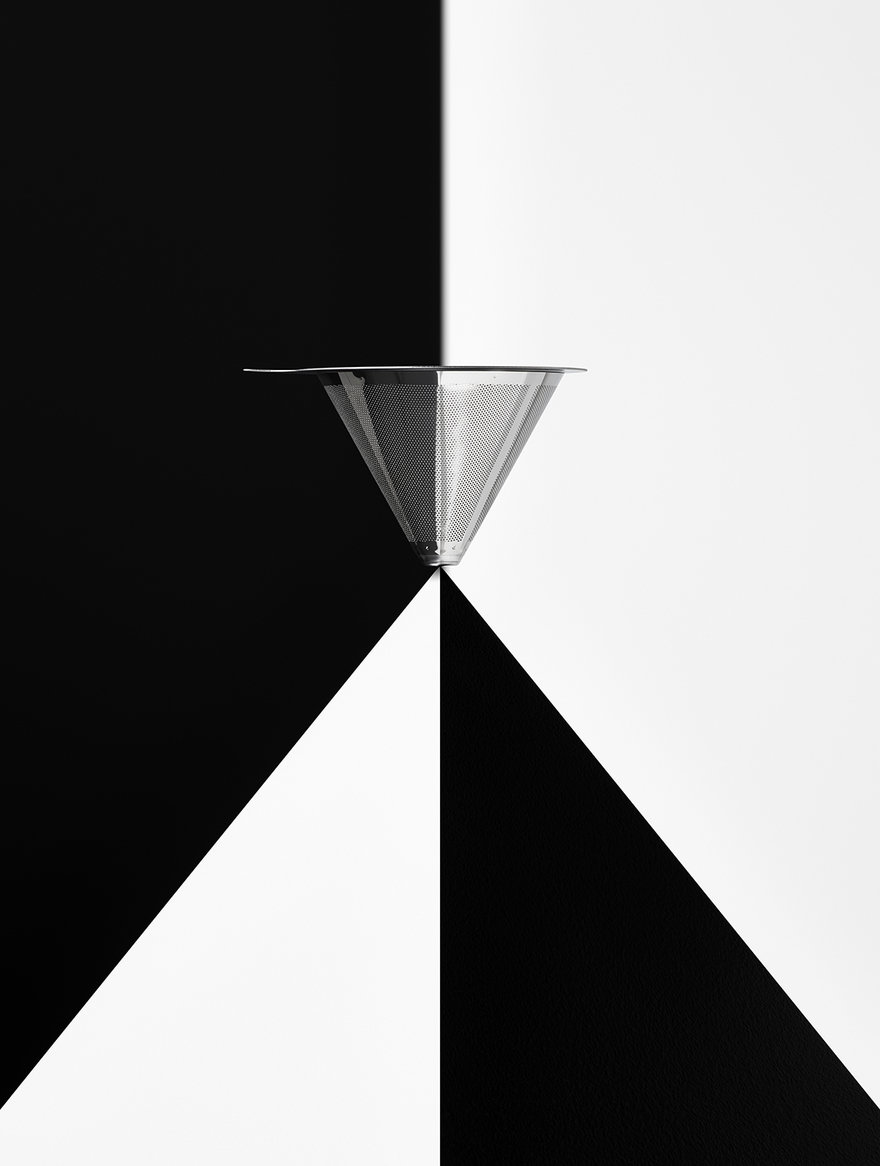 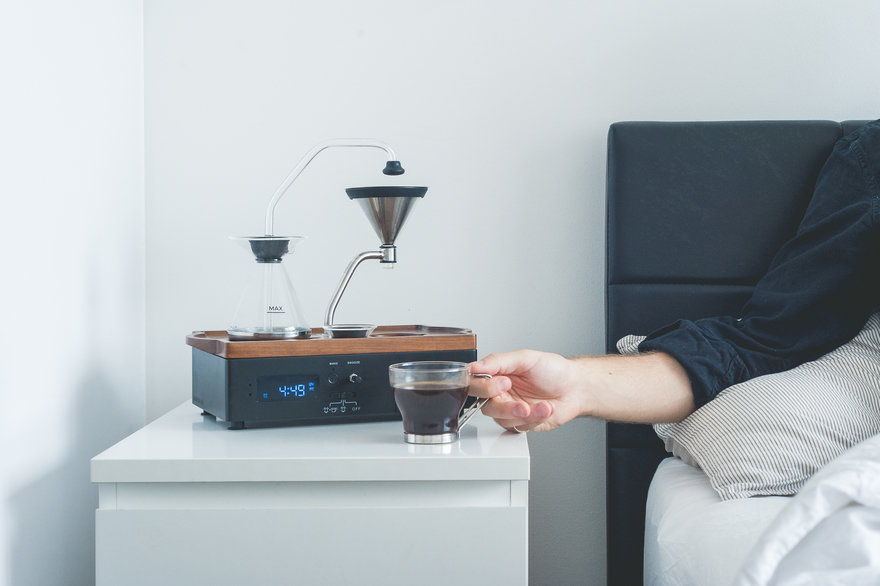 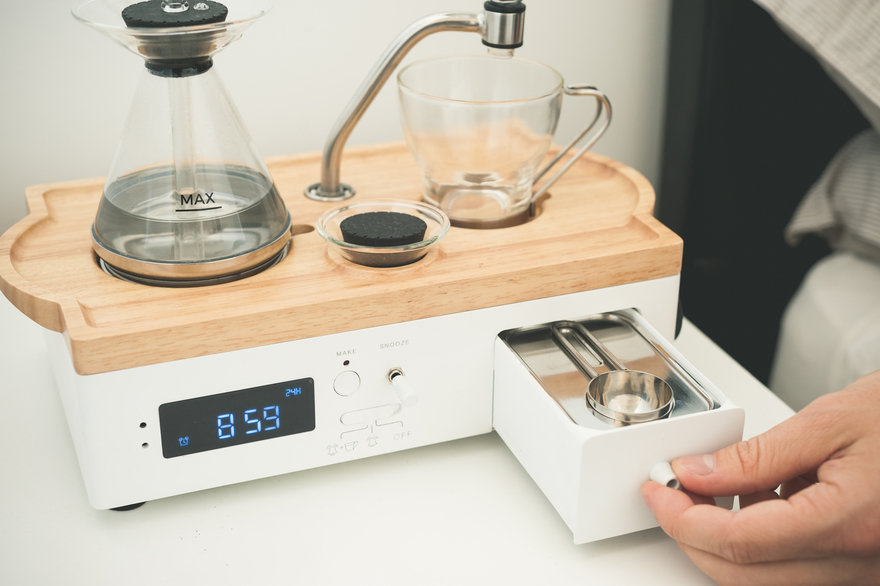 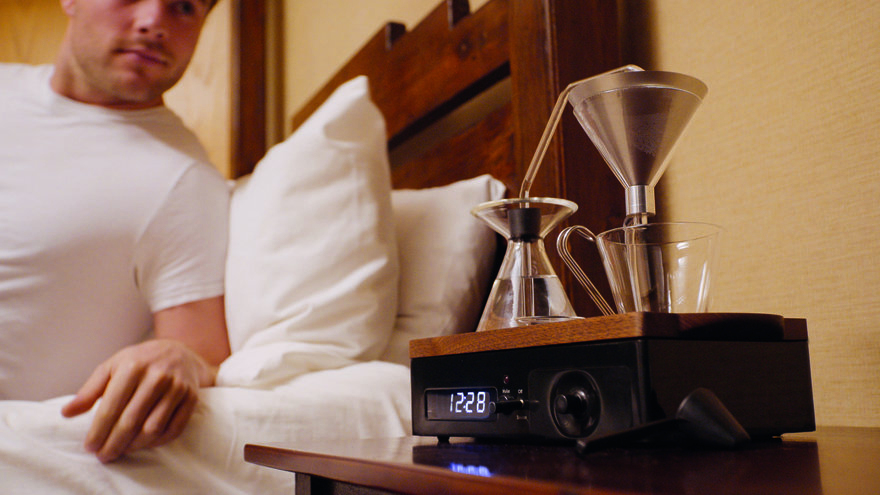 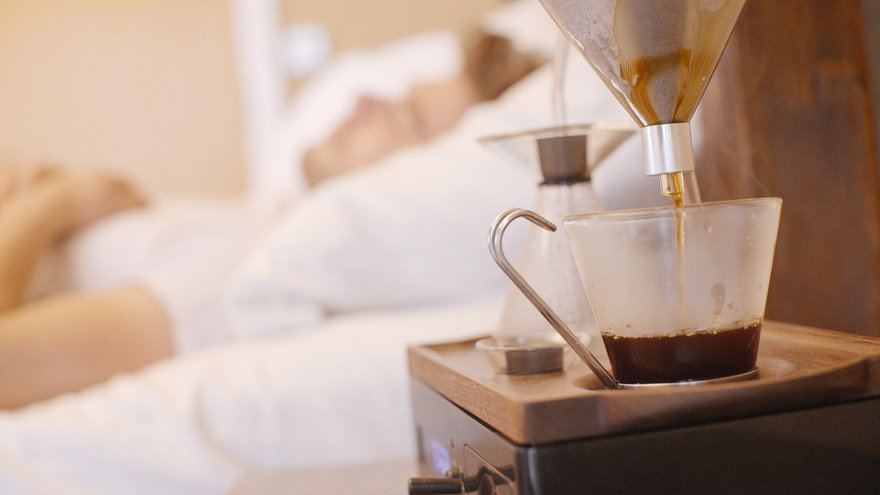 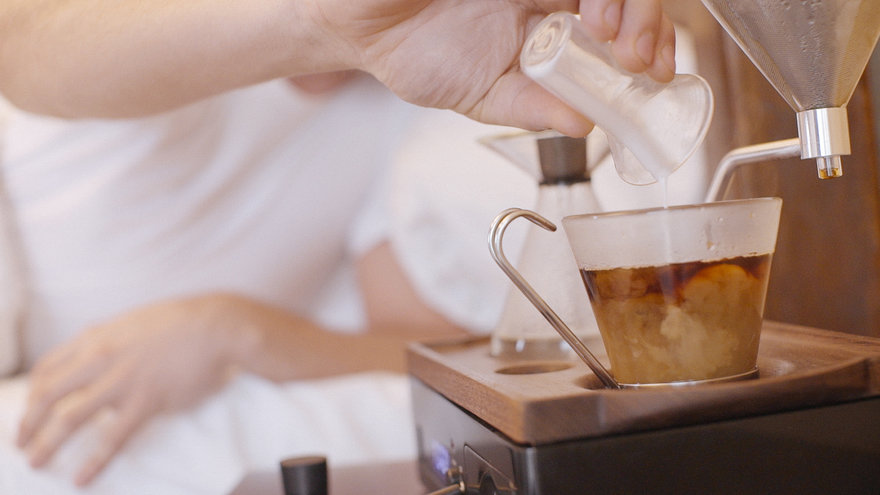 The Barisieur is inspired by a combination of the modern ritual of filter coffee with the iconic vinyl record player, encouraging a nostalgic experience with the user. The design was born with a digital detox in mind, where the design language balances between simplicity and mystified alchemy; watch how the water magically transports from one vessel to other due to steam pressure.

Form follows function with all aspects of this design; the scientific borosilicate glassware sits on a charming walnut or rubber-wood timber tray, coming together to create distinctive new forms. The tray effortlessly lifts off the mid-century-styled black or white base to aid transportation of accessories.

An induction coil is used to boil the water efficiently and safely in the vessel above. It has a milk vessel centralized in the base that's cooled at 3 °C due to the integrated Peltier cooler, which detects if milk is present due to an infrared sensor. A retro digital display to simply tell the time and set the alarm, which dims in low lit environments due to the integrated diode. There is a sealed drawer to store for coffee or tea which conveniently holds a stainless-steel spoon that sits in the stainless-steel lid.

Josh Renouf raised over $700,000 for The Barisieur, a product that he designed at university, after it went viral. After going viral, Josh collected an impressive mailing list of over 30,000 emails. Josh worked part-time at a design store in Shoreditch (called SCP), serving coffee, talking design to customers in order to pay rent and the product developers he had working for him at the time.

He joined Virgin Start-up in order to get a business mentor and a small loan, as Josh knew nothing about business. He created a striking video (on a micro budget) with one of his talented friends from university; Rob Anthill.

Josh launched his Kickstarter Campaign in May 2016 with an ambitious goal of £380,000 (due to expensive tooling and materials etc.). He raised over £100,000 in 6 hours—it was an incredible start—but he still had a long way to go.

A week before the end of the campaign Josh still had £120,000 to go and it didn't look like he was going to hit his target.The UK was then told they were leaving the EU, therefore, the conversion rate from sterling to dollar plummeted; consequently the USA backers would get a more affordable Barisieur. Kickstarter saw that Josh was very close and decided to make the Barisieur 'project of the day'. Josh ended up crawling over the line by £3,000.