War is the last possible creative act…. the 20th century's most important scientific discoveries and artistic creations are mapped in time with the incidence of wars, massacres and genocide to reveal reoccurring patterns of creative human output that flourish after conflict.

The generative visualisation maps individual creative events in relation to their most proximate conflict such that the larger the burst, the closer the creation event to a war. Conflicts that were particularly bloody (shown as spiked bursts) such as the Second World War, reveal a further relationship where wars of particularly intense destruction resulted in numerous creation events.

Though the cosmically balancing forces of creation, maintenance and destruction are integral to Eastern philosophies as in the Hindu triad manifestation of the supreme God in three forms of Brahma the creator, Vishnu the preserver and Shiva the destroyer, the interdependence of each on the other is rarely discussed let alone acknowledged in Western Judeo-Christian cultures.

Objects of War brings a data perspective to the reconciliation of seemingly paradoxical approaches to the cosmological metaphor of balance in the universe with the philosophical doctrine of ultimate reality. 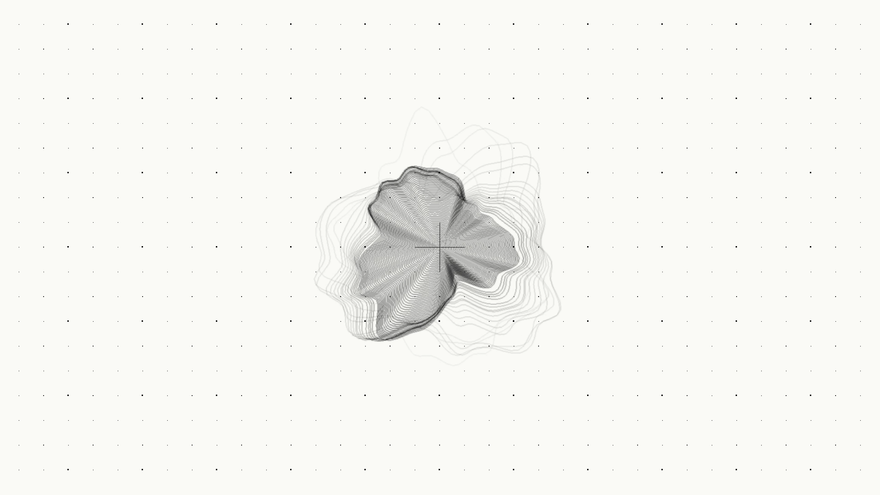 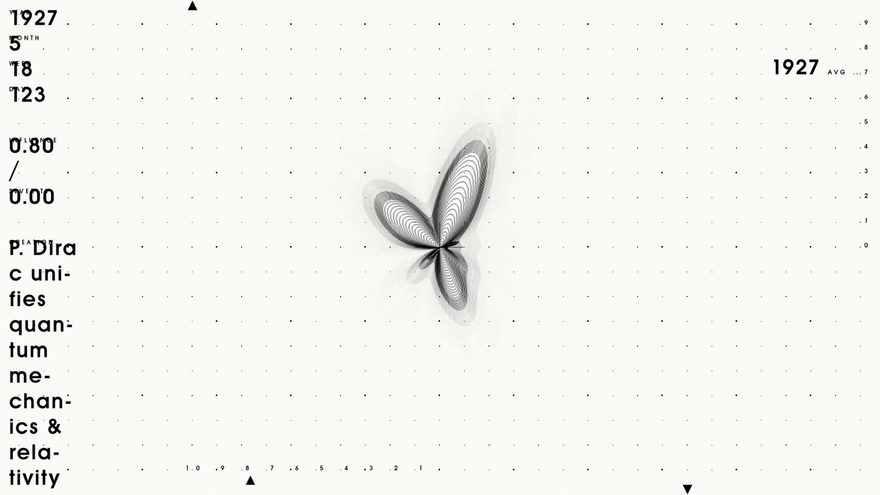 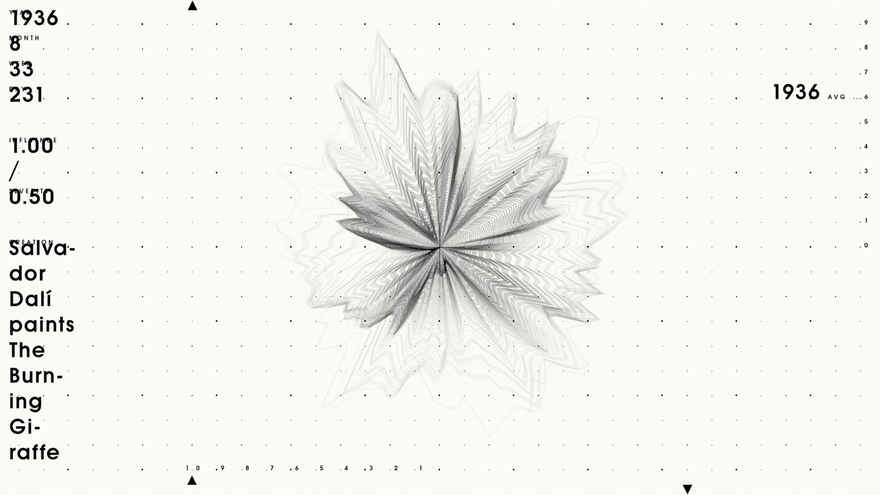 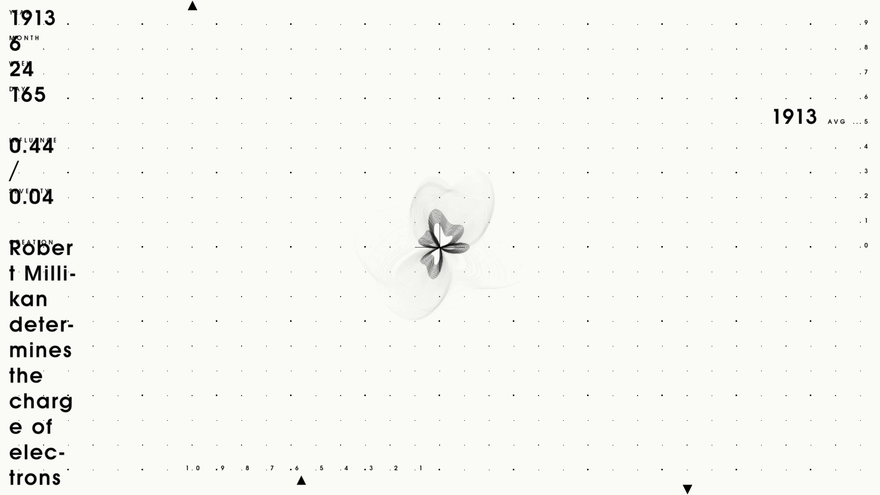 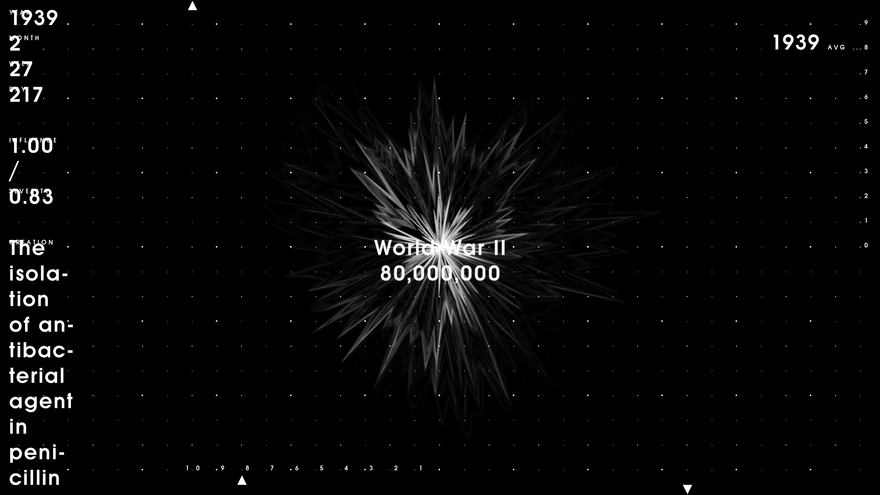 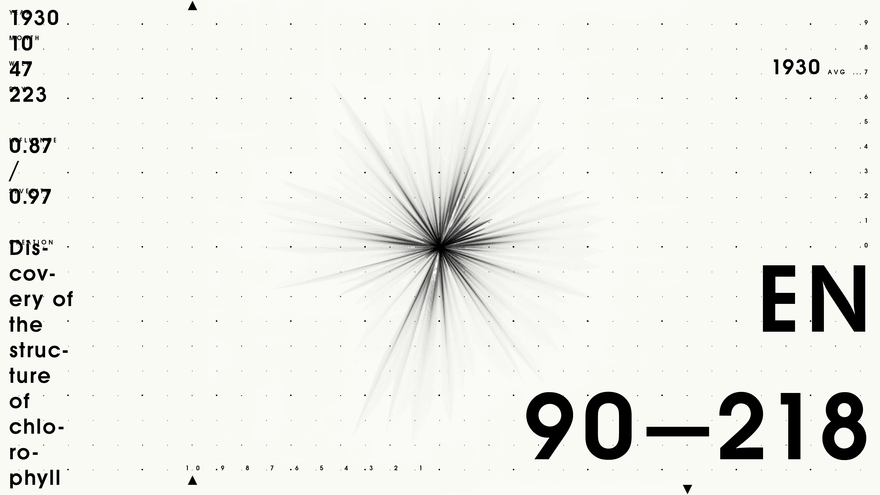 How to read the visualisation :

Each burst represents one creative event – a scientific discovery or artistic creation. The visualisation tracks 287 creative events in total. Each event is accompanied by a short description shown at the left of the screen.

The larger the burst, the greater the influence of conflict on the creation event – ie. the closer the creation event occurred just after a conflict. Influence values averaged for each year are displayed on the right ( 0 = low, 1 = high ), and though they reveal variation from year to year, are typically very high across most years.

Artistic creations tend to cluster much closer to conflict events than scientific discoveries – one possibility is that artistic expression is a positive response to, and is driven by, the culturally disruptive effect of war. Even so, one could posit scientific innovation is necessarily tied to conflict as wars become more and more technologically driven.