A lot of people prefer the French press to brew the perfect cup of coffee, but everybody can agree the cleaning is difficult and cumbersome. It's messy, takes time, a lot of tap water and will in time automatically clog your drain. Instead of turning to make a new costly French press with an integrated grounds collector, we wanted to make something more simple and universal for the millions or rather billions of beakers already in the market from Ikea, Bodum, Stelton, Cafetiere etc.

This was the basis for Grums (Danish for grounds) , which is basically also just a small "cup". The small grounds container might look simple at a first glance, but there is a good deal of engineering involved to avoid vacuum build up, unwanted deformation during use and the perfect balance of friction and slide. It took us about two years and dozens of prototypes to get it right. The positive side effects of reducing water usage and saving CO2 are crazy big when we started adding it up. Coffee grounds are not good for your drain and not good for the sewer system in general, but turns out that there are many ways to utilize coffee grounds, for example to fertilize your plants or make exfoliating soap. 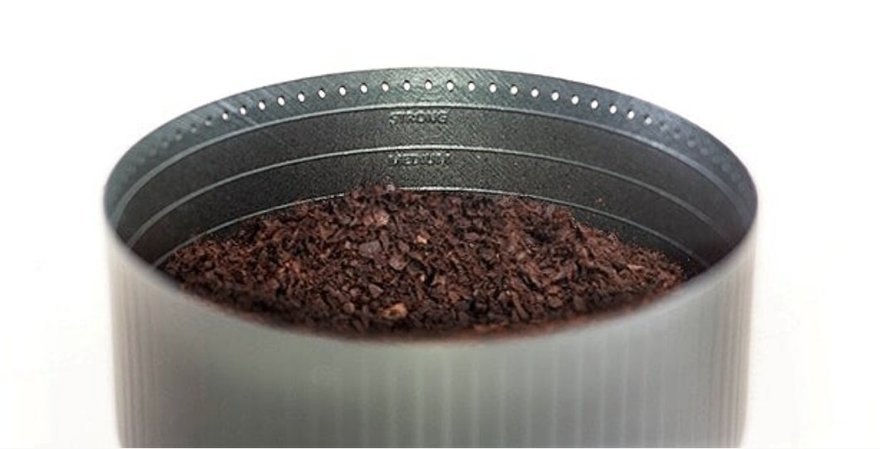 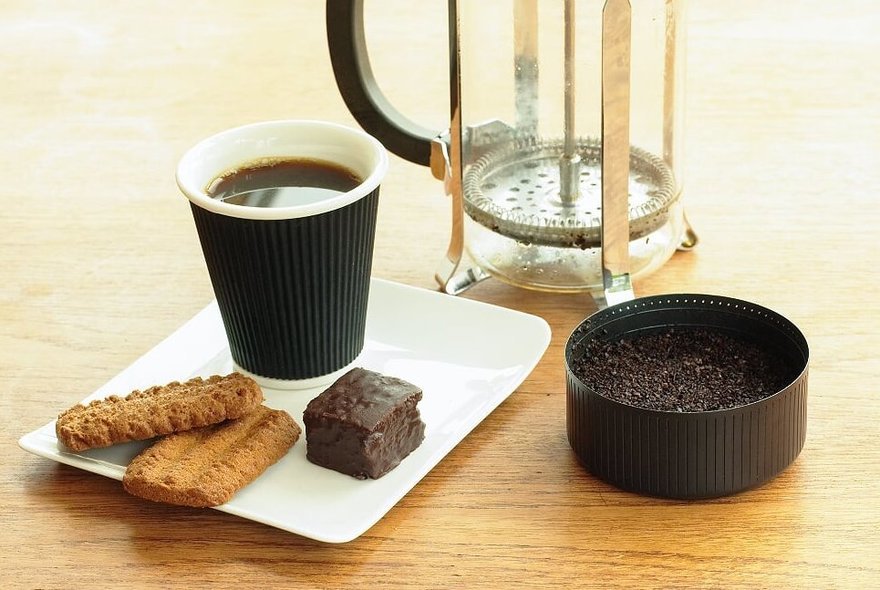 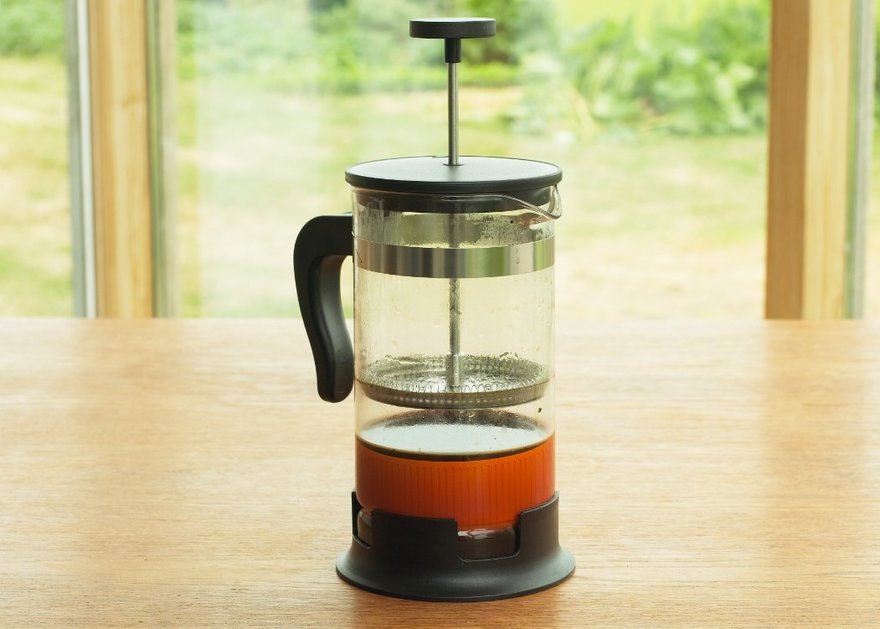 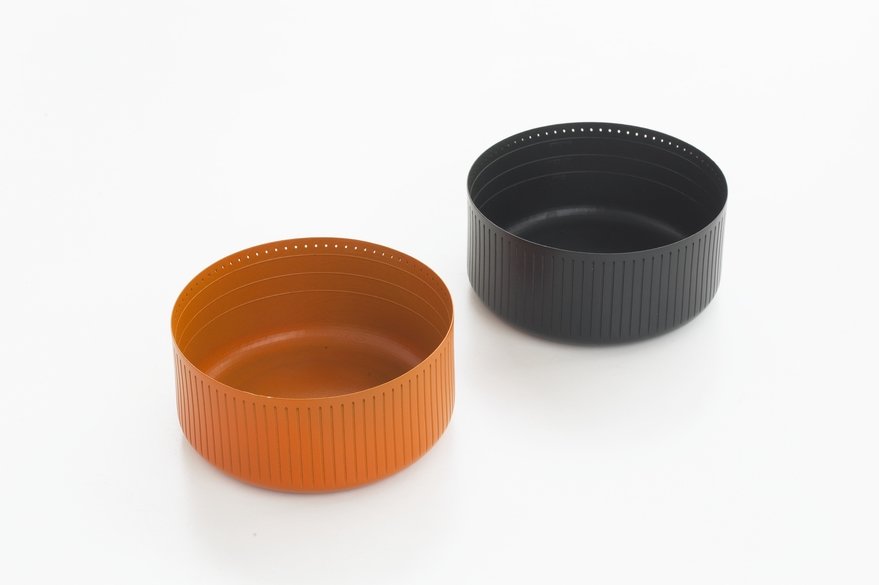 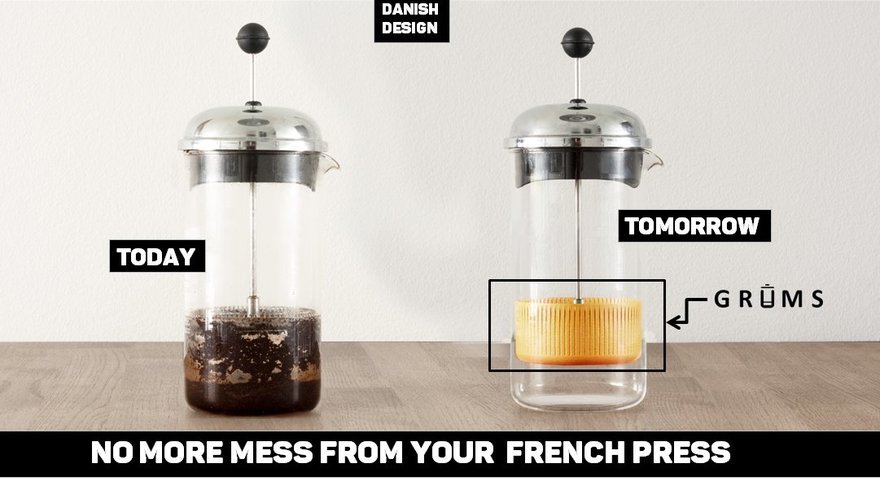 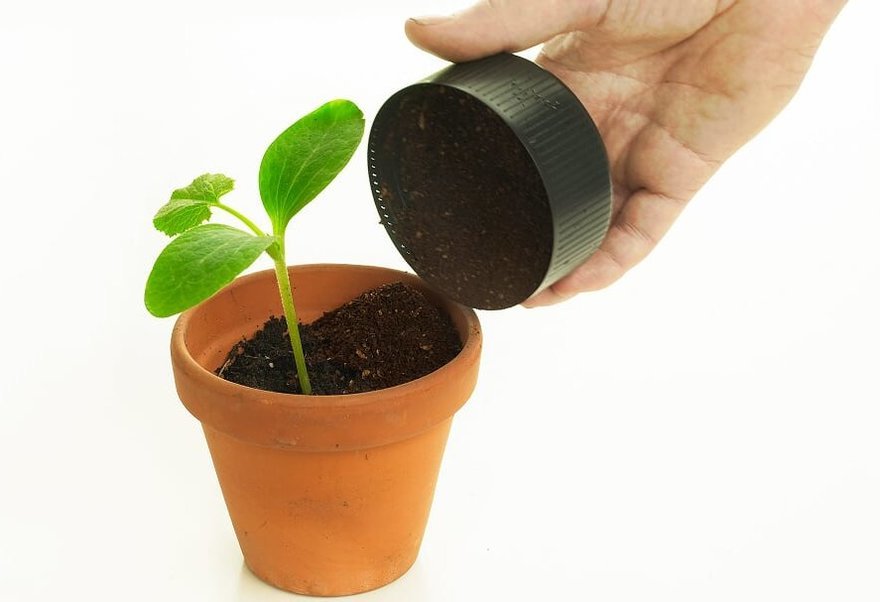 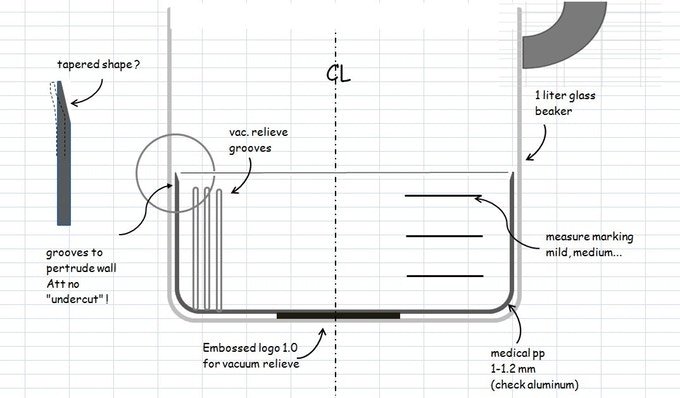 Tobias Henius, who conceived the idea more than 20 years ago, gave up his preferred method of coffee making because of the mess, the time it took to clean, and waste of water. Two years ago, after shelving his idea for nearly two decades, he discovered a Danish company that was his perfect cup of tea—or coffee, that is. With the help of engineer, Lars Forsberg, they embarked on a quest to clean up the mess of French press brewing.

French press brewing has always been a popular method of coffee making both at home and in fine dining restaurants. The hot water mixed directly into the roasted beans provide a rich and aromatic coffee taste made popular by the French aristocracy as coffee slowly found its way to Europe in the late middle ages.

Even today, many coffee connoisseurs consider the French press brewing method the ultimate process to bring out the best flavor from coffee beans. While there are thousands of different beaker designs and an nearly an equal number of manufacturers, they all share one common problem–cleaning the messy beaker after use. Washing is time consuming, uses an excessive amount of water, and the leftover grounds can clog your sink. Aluminum capsules or plastic pods may provide a quick solution to the mess, but the costs and cup-by-cup preparation can't replace the taste and convenience of preparing 6-8 cups of French press coffee table-side.

With the Grums grounds keeper eliminates the need to remove the coffee grounds out by a spoon or flush with excessive amounts of water. After your have finished your coffee drinking simply press the plunger into the small Grums container, lift it up and twist it off. The leftover grounds can be tapped into your bin, or saved to fertilize your garden, make peeling soap, or a decorative mushroom farm. GRUMS team has supplied 20 good reasons to save and reuse your coffee grounds written here.

By using Grums you will not only save the hassle of cleaning but save more than 90 % tap water to re-clean and use your French press. Grums can be wiped off with a small piece of tissue or flushed with minimal water usage and will also go into the dishwasher. When we calculated the savings in water and CO2, we were flabbergasted.It turns out a tiny little idea can save more than 100 billions liters of tap water, and more to this is the 100,000 tons of CO2 used to pump, deliver and drain this volume.

To read more about Grums and to get hands on one, visit our Kickstarter campaign.