What Design Characteristics Will Define the Ideal Domestic Robot of the Future?

Overcoming the technical challenges of developing a domestic robot requires nothing short of symphonic integration. These challenges have kept home robots out of reach...until now. We are finally at a nexus where technology, design and cost have aligned to present an opportunity. 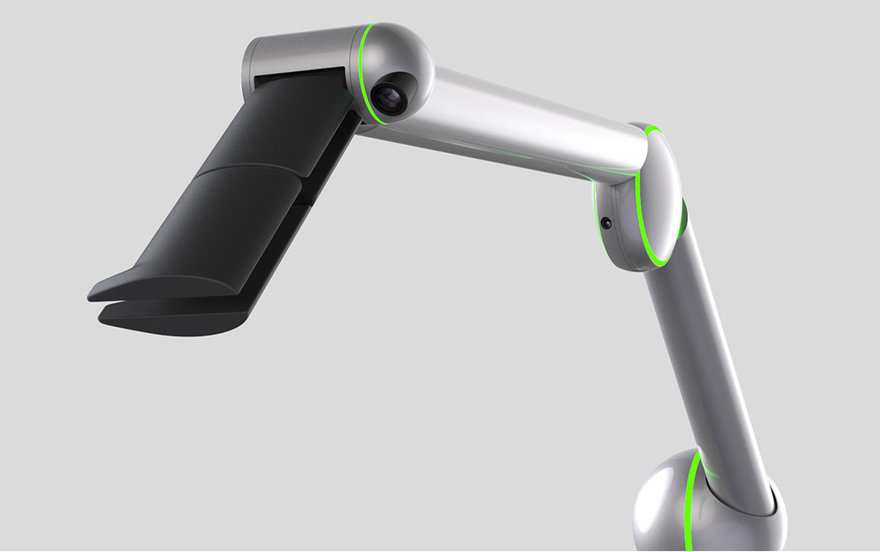 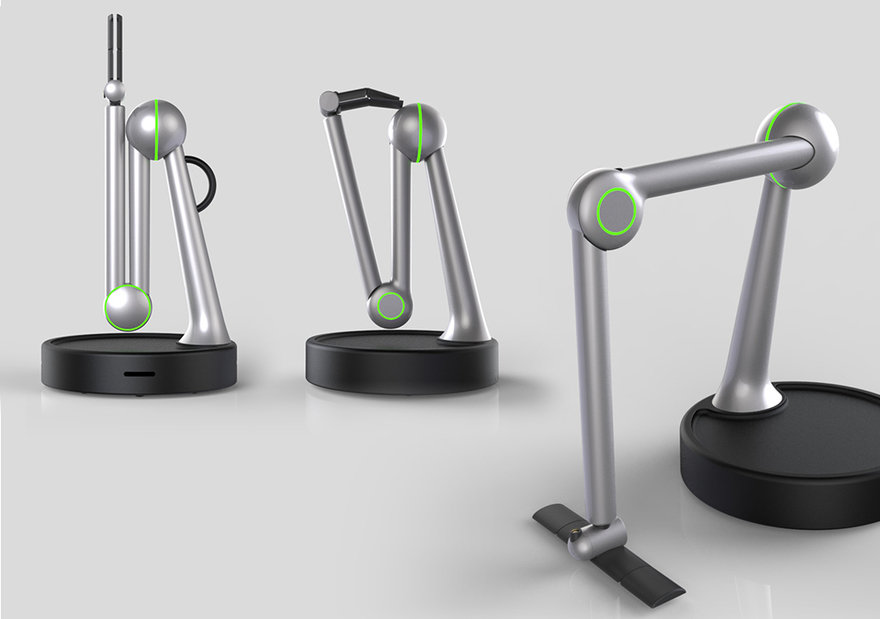 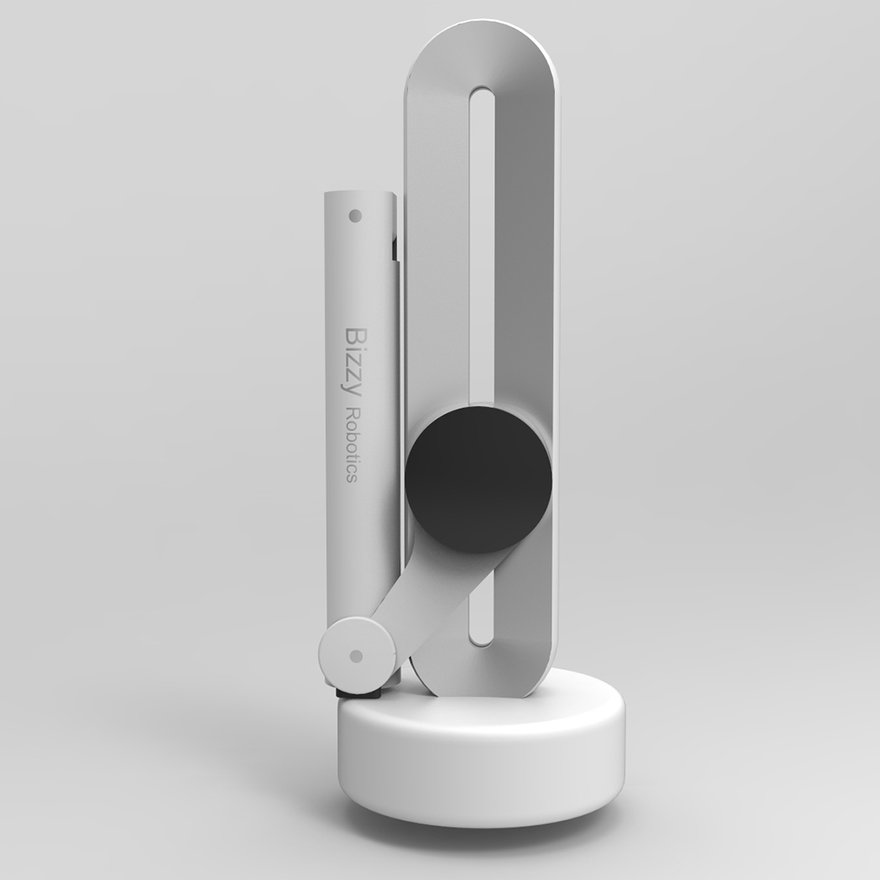 For centuries–scientists, writers, and filmmakers envisioned our present world populated with all kinds of robots. From cute Astro Boy to helpful Robby, robots have taken on many forms and often depicted with intelligence, strength, and even a sense of humor. Some were benevolent little helpers like R2D2 and Wall-E, others were villains like the T-800 Terminator and the HAL9000. Rosie the Robot Maid from "The Jetsons" TV show whisked around the house performing domestic duties. She captured the imagination not only because she was a machine that did tedious household chores, but more importantly she was a beloved family member.

Dawn of the consumer robot

The first realconsumer robots were toys and vacuum cleaners. With their functions limited to a few specific tasks these proved to be perfect applications for small low cost robots. Combining useful functionality with affordability creates market demand and with that demand comes the need for good design. At Whipsaw we had been designing consumer electronics and housewares for many years so the leap to domestic robotics was inevitable. We possessed a broad understanding not only about the hardware challenges but also the emotional and behavioral challenges of bringing a robotic cohabitant into the home. One of the first of these simple robots we designed was the Neato Robotics D3/D5/D7 vacuum cleaner line. In this project we wanted to emphasize the robot's superior cleaning capability in every design decision, avoiding fancy design embellishments that commonly plague new products in order to grab attention. We needed to keep true to what the robot was doing and communicate that purpose in its design language.

Going beyond the bounds

The biggerdream of owning your own household service robot that can do multiple complex chores like Rosie the Robot Maid, while also being smart and cute, has been a stretch goal for decades. For a robot to do the most basic tasks such as pick up laundry, fetch a drink or clean a countertop without crashing into furniture, dropping valuables, spilling milk, or running over your dog is a herculean engineering effort. The robot needs to know where it is at the moment, where and when it needs to go, how to identify objects, how to retrieve and manipulate those objects, and how to respond to people and obstacles. Developing a domestic robot requires nothing short of symphonic integration where many systems must work together simultaneously. These challenges have kept home robots out of reach… until now. We are finally at a nexus where technology, design and cost have aligned to present an opportunity.

Developing a domestic robot requires nothing short of symphonic integration where many systems must work together simultaneously.

At Whipsawwe have recently been working on home service robots for SRI (Stanford Research Institute), Bizzy Robotics and Martian Robotics (later acquired by Aeolus Robotics). Each project envisioned a simple low-cost home service robot. Our objective on these projects was to establish a compact form factor in order to be acceptable in a home; devise a system that mechanically functions perfectly; and to create an aesthetic that is friendly and attractive. Robots will soon become consumer electronic products with typical mass production requirements and competition, so keeping the cost of goods low is a parallel consideration.

In order for us designer types to see and solve a complex problem like a robot, we need to constantly visualize and sometimes departmentalize problems into subsystems. For example in the case of a domestic robot, we break it down like this:

1. The robot's kinetic system delivers motion that is provided by motors, gears, pulleys and a myriad of tiny mechanisms all powered by a battery. These parts have required dimensions but can be configured in many ways by designers to fit the robots form and function.

2. The robots sensory system necessary to see, feel and navigate safely in an environment is comprised of cameras, LIDARs, and several other sensors, all of which have strict location requirements.

3. The on-board computer brain takes in all the information from the sensory system and processes it real-time to give commands to the kinetic system for the robot to do the task.

4. A final layer of artificial intelligence gives the robot its ability to guess and respond accurately to ambiguous or unknown situations and perhaps more importantly the A.I. gives the robot a personality–and this is where designers can play a big role.

This deconstruction of the problem helps to clarify needs and it provides a framework for design exploration.

A domestic robot will only be accepted by users if it looks right. In every robot project we ask ourselves–is it better to be functional, honest and minimal or have it be more expressive verging on human looking? Our opinion is usually to make it what it wants to be–a purposeful and efficient tool with self-explanatory design cues and details. We envision them to be more like advanced appliances rather than pets. However, as we started designing, we soon realized that it was hard not to look like some type of creature. By the time you put cameras where they need to be, arms that can reach and lift, and hands to grasp objects, it started to look like a weird animal. The evolution of our concepts began to imitate nature's evolution, out of necessity. We decided to embrace this logical consequence and let these necessary elements define the robot's identity. Enhancing these "creature effects" only helped to give the robot more character.

Whenwe began to work with Aeolus Robotics in 2016, a Taiwanese company, there was a distinct preference for a more human-looking robot, which we interestingly learned is more favored in Asian cultures. Like we found on earlier designs, where arms, hands and eyes start looking lifelike, it's not a big leap to when the robot becomes humanoid. Making it more human would theoretically make it more friendly and approachable but at the risk of being kind of odd. By blending a clean tool aesthetic with a human aesthetic we were able to strike a good balance. The Aeolus R1 was introduced at CES 2018 and will be available on the market in early 2019, making it one of the first general-purpose consumer service robots to go to market. It can pick up almost anything, clean the house, retrieve items, and more.

Theessential technology to make a domestic robot safe, useful, and affordable is almost here. Their destiny toward and into the home is imminent, and likely to become the most prominent domain yet for robots. We are about a decade away from a robot as able as Rosie the Robot Maid, but it's coming. Meanwhile, these kinds of robots are becoming one of the most exciting product categories for designers to work on because they are the ultimate synthesis of hardware, software and human-machine interaction. They also possess nuance. They have a peculiar mix of movement, mannerism, and countenance – and these preternatural subtleties present a difficult and therefore worthwhile design problem. To infuse an artifact with a behavior that has been crafted and designed is also simply fascinating.

How the human-robot dynamic ultimately influences and changes our society and culture is to be determined, but in the meantime the design profession should be excited. It has never had a better quest or more interesting subject than the domestic robot.

What Design Characteristics Will Define the Ideal Domestic Robot of the Future?