For The Vlada Brusilovskaya Fund, contemporary interactive design is a way to improve service of post-Soviet children's hospitals. The charitable foundation has been collaborating with both young and experienced Ukrainian designers for three years, aiming to change the relationship between doctors, patients and their parents for the better.

Children's hospitals built in the Soviet Union from 1950s to 1980s are easily confused with any other official governmental building of that time. Austere concrete, gloomy dirty-green corridors, uncomfortable waiting chairs on thin metal legs and aggressive red posters on the walls ordering patients around or, more often, prohibiting something... hospital interiors could be associated with a prison rather than with a place where help is found.

However, the first impression is not far from the truth. In Soviet times, architecture was part of ideology. It was aimed at suppressing freedom of will and destroying the sense of self as an independent person.

Most Ukrainian hospitals today look exactly the same as in the 50s or 60s. Since the 1990s, less than 10% of medical institutions in Ukraine have been built or reconstructed.

Children suffer from Soviet official interior design the most. They easily become stressed and depressed. Prolonged treatment in old hospitals leads to mental injuries that are not immediately apparent, but remain for life. This is seen in particular, in adulthood, when they try by all means to avoid professional treatment or get suspicious of doctors and medical institutions in general.

Our organization has undertaken the mission to make the environment of old hospitals friendly, to inspire doctors and provoke the hospital directors to change the appearance of their institutions. 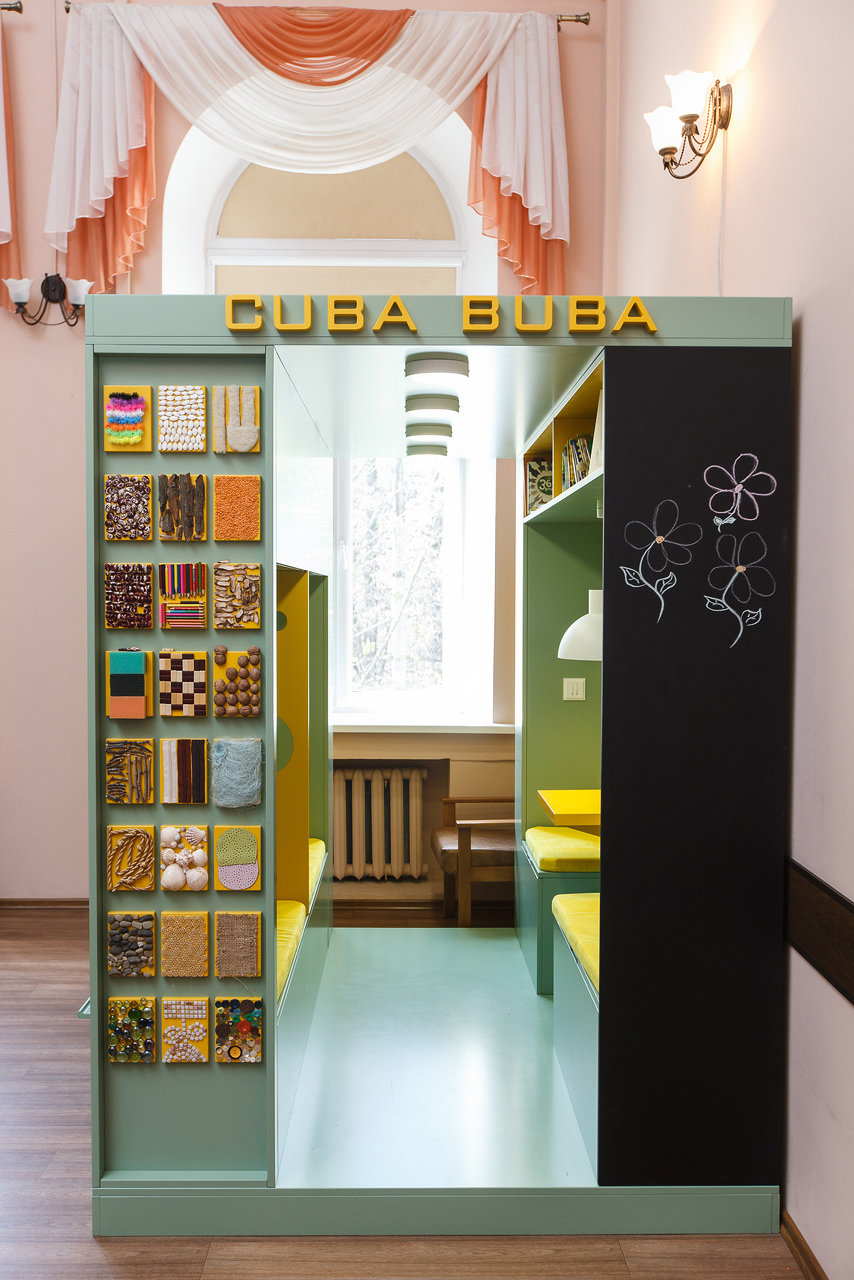 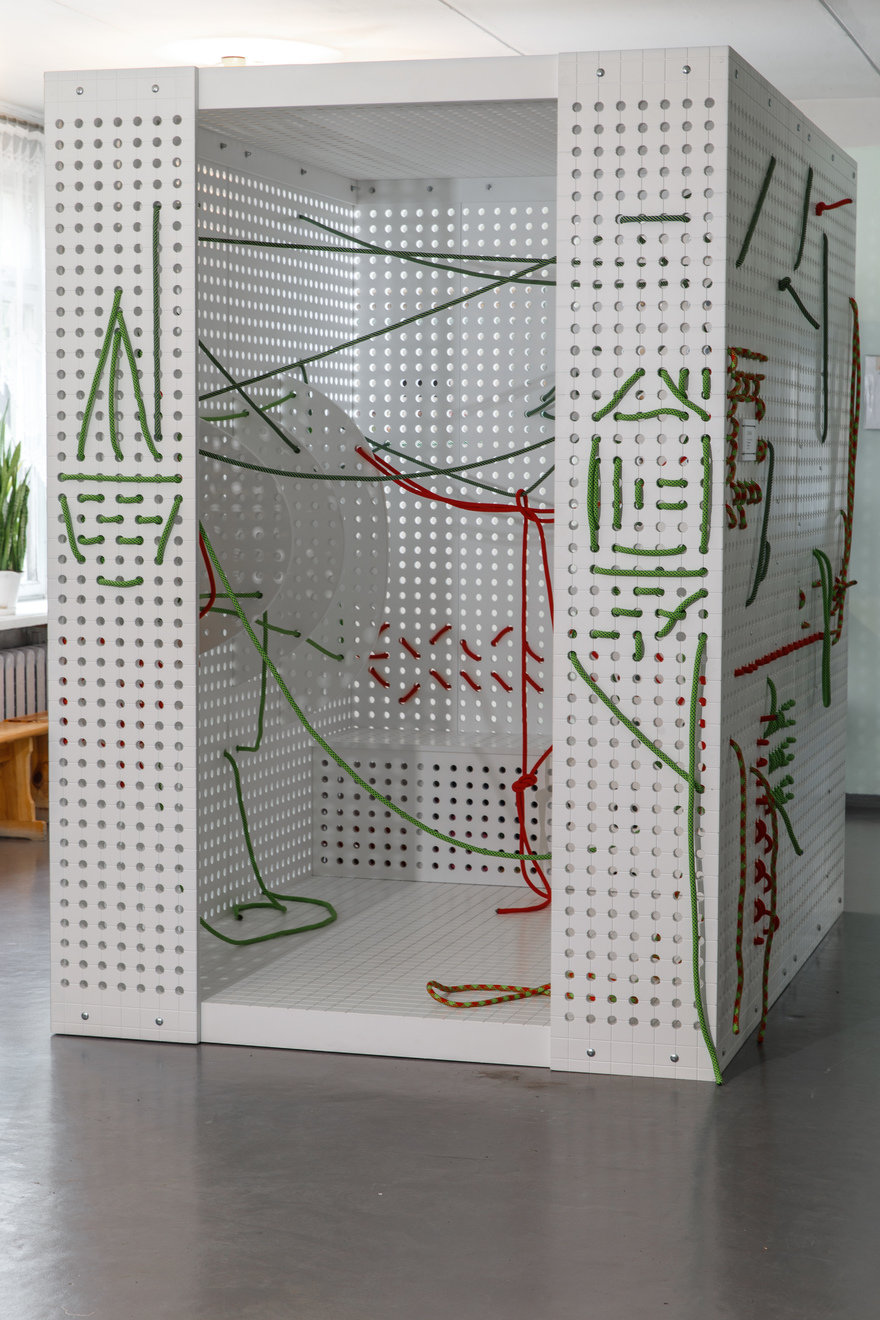 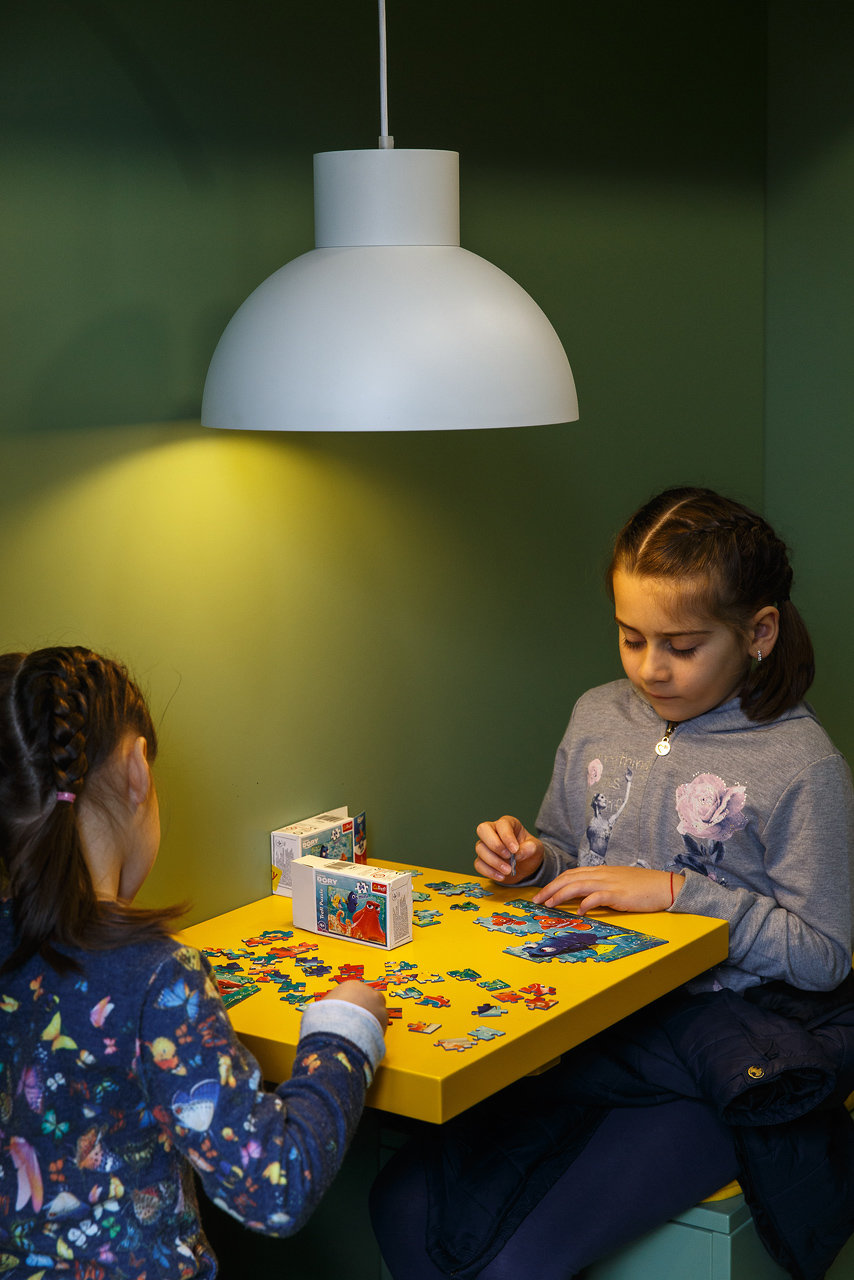 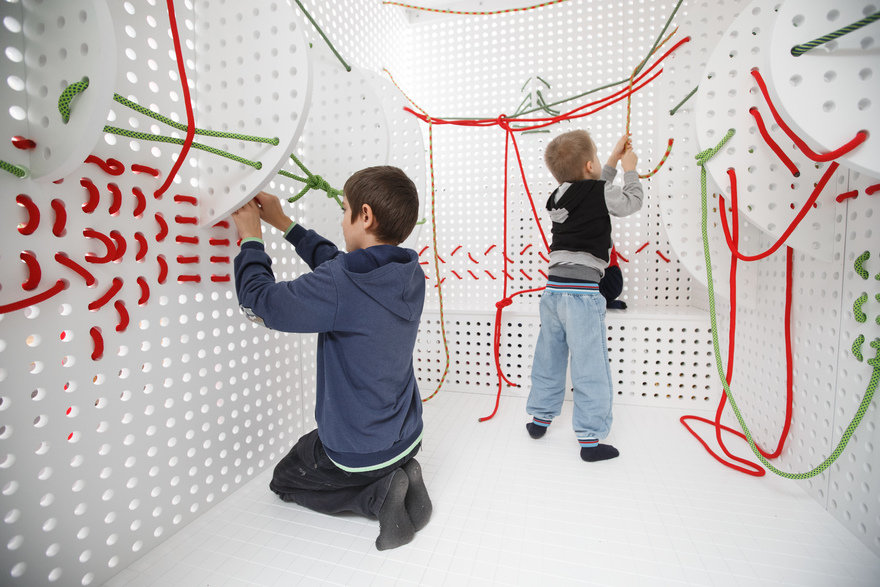 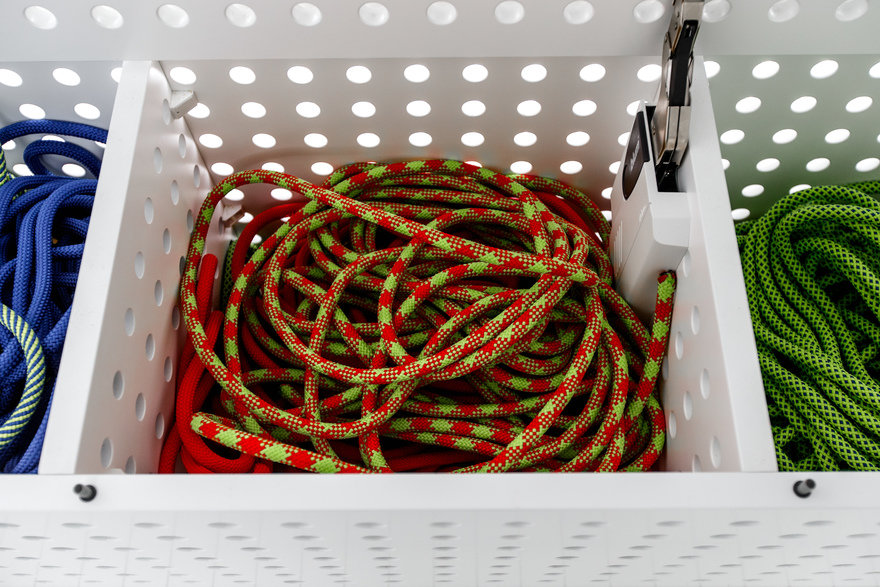 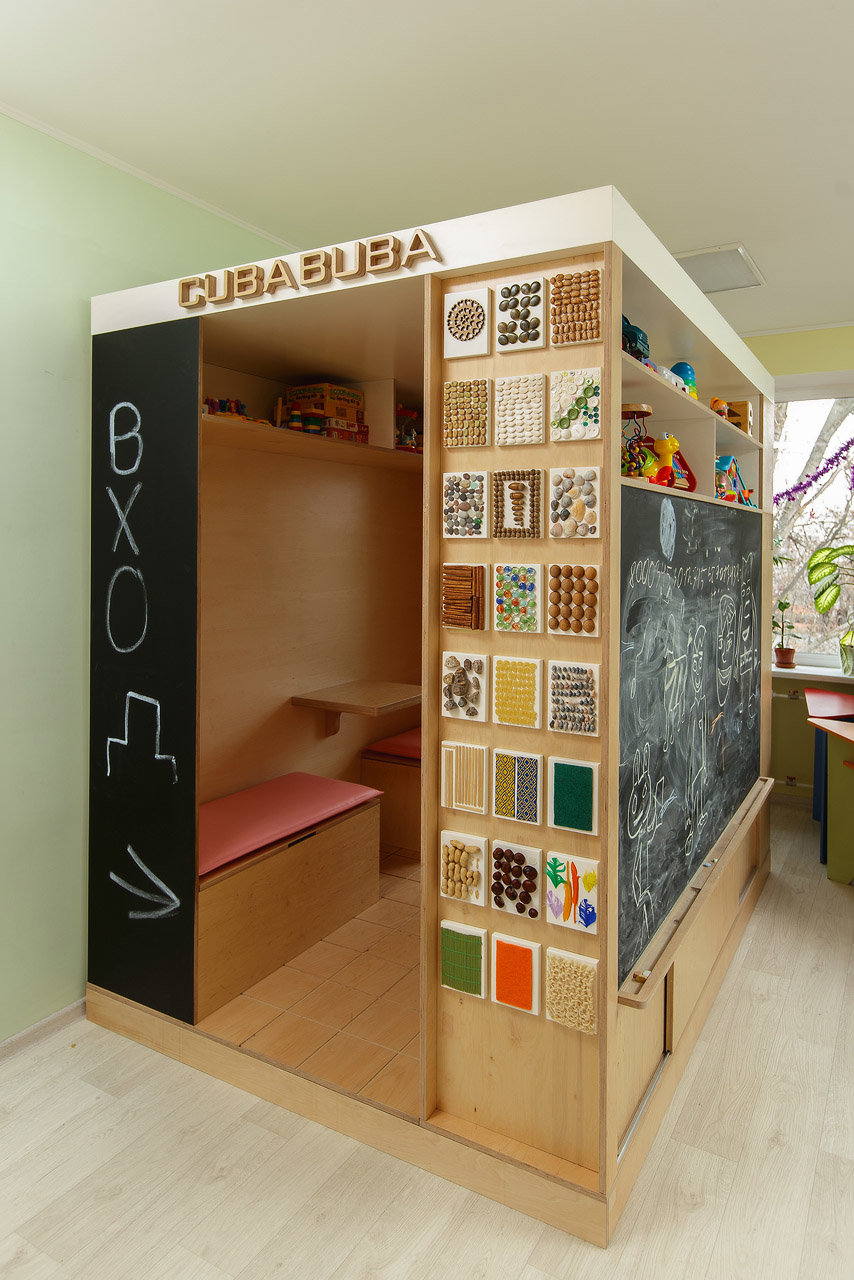 CUBA BUBA #3 the third play centre is a home-like version of the first one, 2017 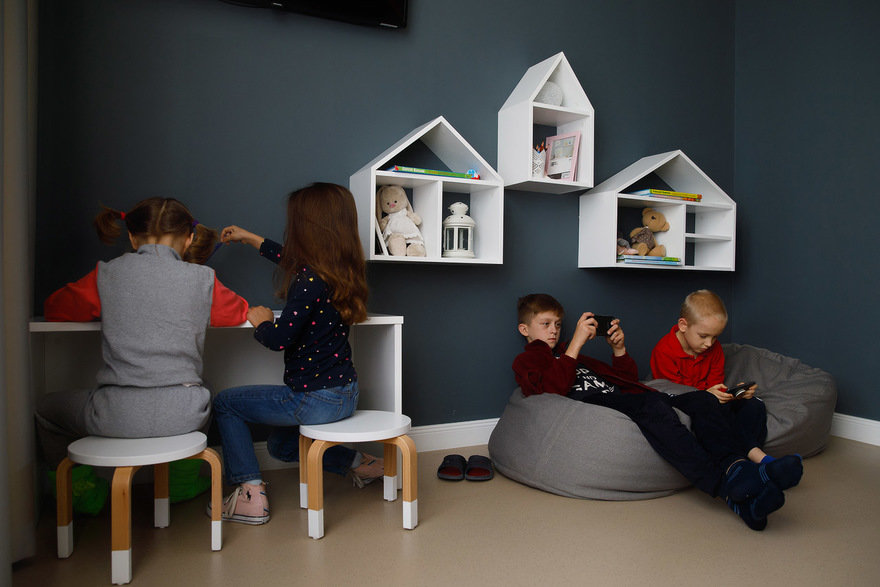 CUBA BUBA #4 the team expanded the CUBA BUBA environment to include the whole room, 2018 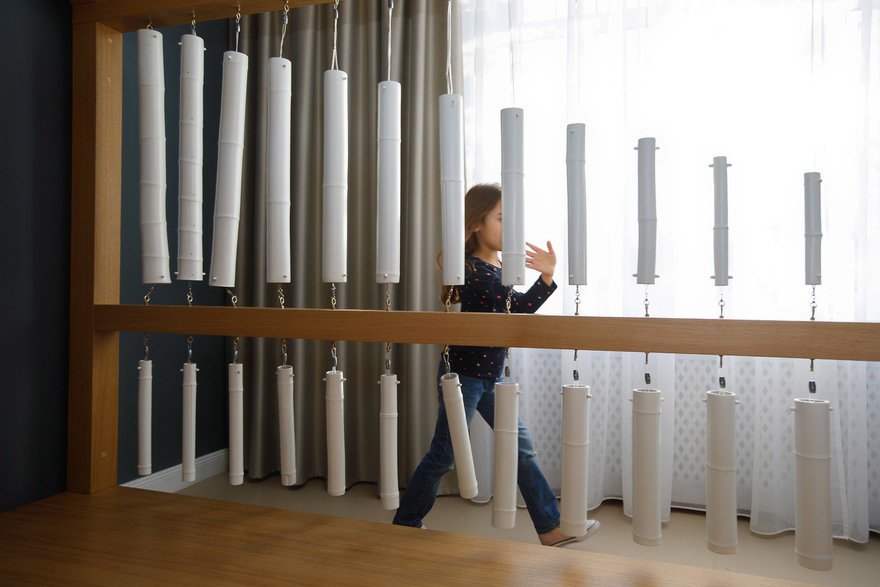 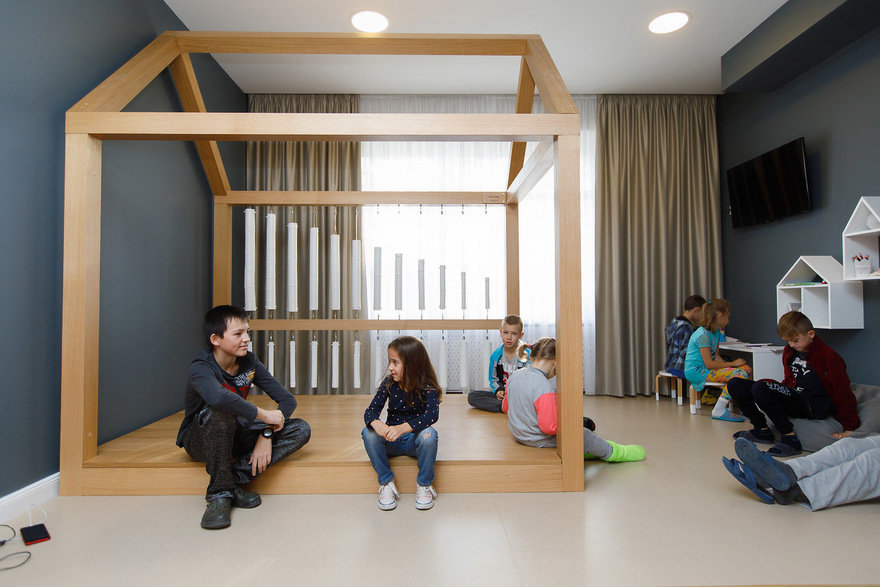 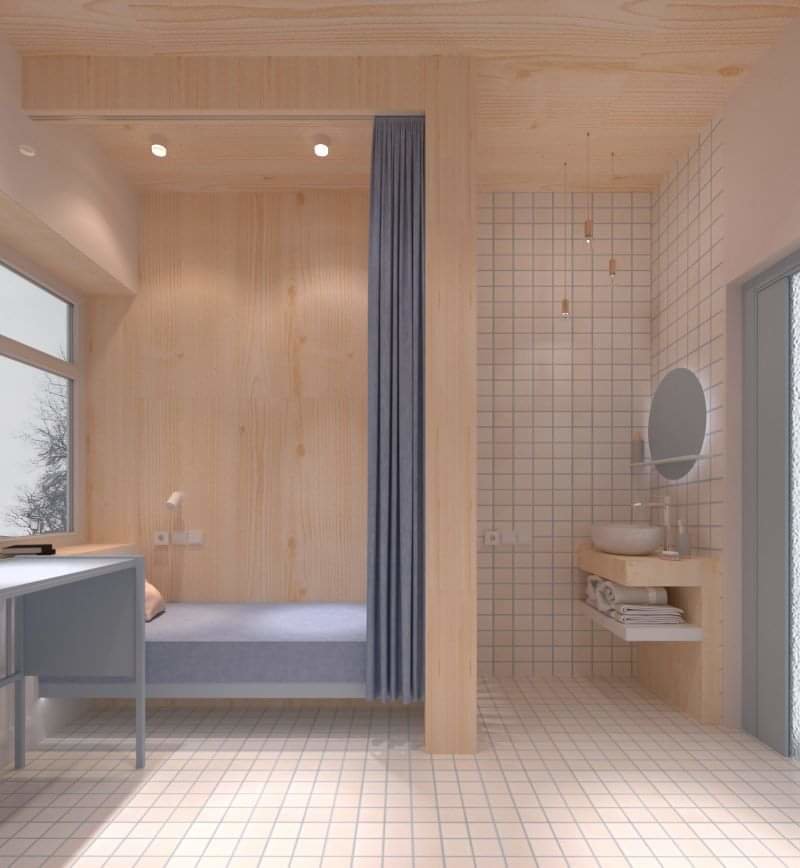 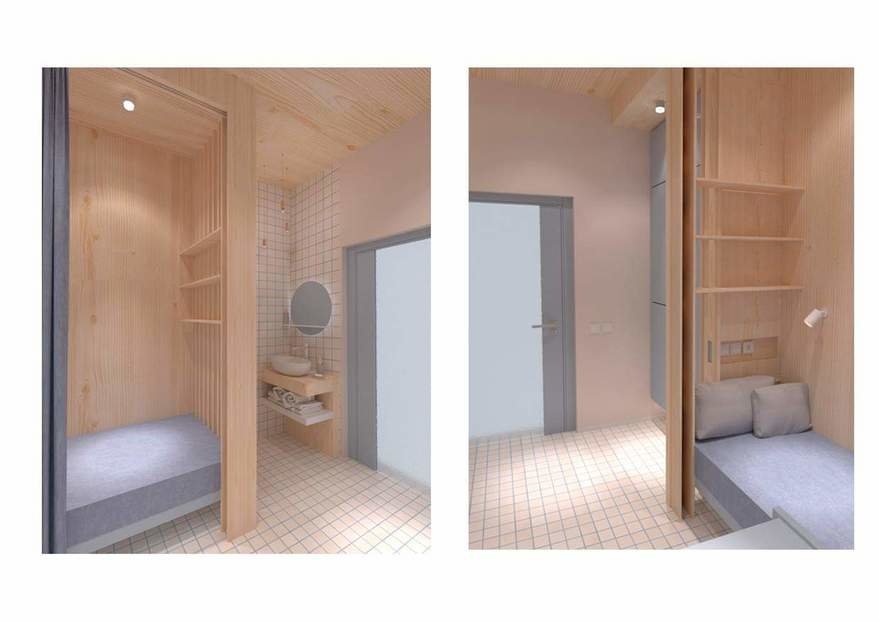 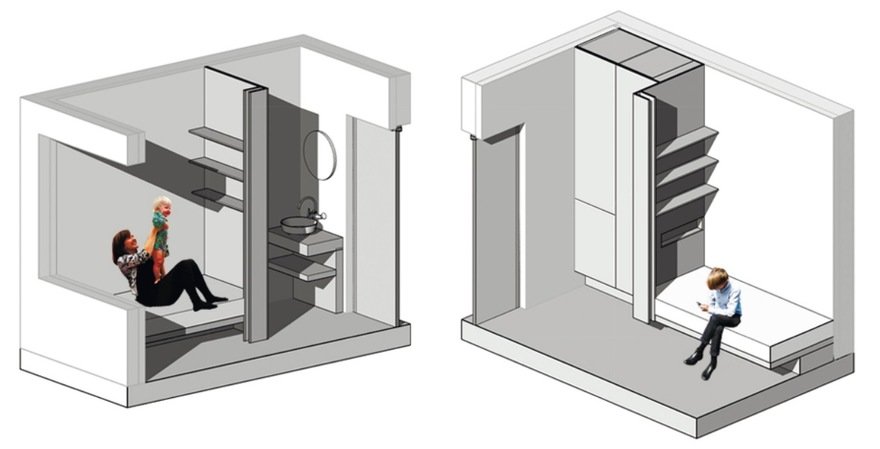 How does the CUBA BUBA project work?

There are several areas like this in any hospital (check the photo archive of The Dnipro Regional Medical Library). In the clinics you will find them in the expansion of the corridor, between the doors to the treatment rooms. In the departments of inpatient treatment (where children spend nights and days), indoor playgrounds are located in special halls. Usually, the contents consist of several tables, chairs, a TV and a pair of broken toys brought by children and left there.

The project architects Valeriy Kuznetsov and Daria Proviz have already created and installed CUBA BUBA #1, 2, 3 and 4 in the hospitals of Dnipro and Kiev. Unique designs are being prepared for Lviv and Ivano-Frankivsk.

CUBA BUBA stuck as a brand name because of the shape of the modules. The architects designed the first module as an autonomous square space where the child is free from hospital restrictions. Inside of the play centre, he or she can play, read, communicate or draw under the soft light.

CUBA BUBA #2 is the most successful prototype by the team. Designed in the form of a cube with holes, it was soon considered to be both a recreational and therapeutic tool.

A set of colored ropes was attached to CUBA BUBA #2. With their help, children create patterns on the walls. Stretching the ropes between the walls, they could even create sculptures! Not surprisingly, the design received great feedback. Soon after this, its copies were installed in several other Ukrainian hospitals.

CUBA BUBA is a very small construction compared to the area of the entire hospital. Nevertheless, it can change it or reveal problems that require immediate attention.

CUBA BUBA #1 and #3 made it clear that in hospital waiting zones, children are mostly attracted by the familiar interior details. At the hospital, they look for similarities to their home, and if they find them, they easily calm down.

CUBA BUBA #4, opened at the end of 2018, is a huge bamboo percussion instrument. It was designed by the winner of the student architectural contest organized by the team.

In the CUBA BUBA #4 project, the team expanded the CUBA BUBA environment to include the whole room. There are no walls any more. CUBA BUBA is surrounded by pillow chairs, a table, a bookcase and other features of home. That is how visiting a doctor visually turns into visiting a classmate.

CUBA BUBA also helped doctors to think about how to make the interior of the hospital friendly from their side. Areas where our designs are located are quickly taken over by children's drawings and decorations for the holidays placed by medical workers.

Hospital humanization also penetrates the corridors. In two hospitals, the staff decided to repaint the walls on their own initiative shortly after the CUBA BUBA had been installed there.

Other CUBA BUBA installation resulted in the complex identity project initiated by hospital workers and space optimization in order to get rid of crowds near the registration desk. In another hospital, doctors prepared the instructions for how to use CUBA BUBA #2 for therapeutic purposes.

As for the project, at the invitation of one of the hospitals, it found another course. Right now, work on a project of a chamber for two patients is underway. In contrast with the Soviet-era hospital wards, the issue of individual lighting, safe storage and parents placement was first resolved here.