Bitty is a pocket drum machine and synthesizer. It comes in white, with colorful knobs, and nite mode. It's small, loud, and expandable. 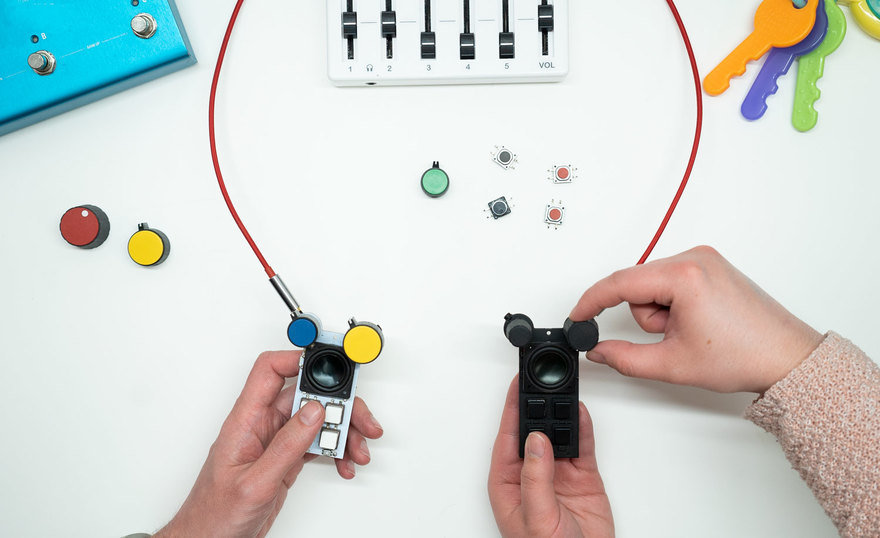 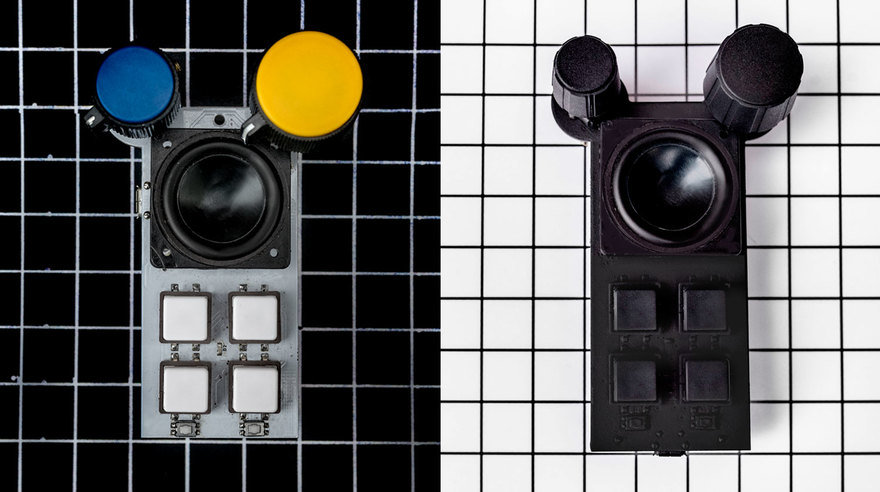 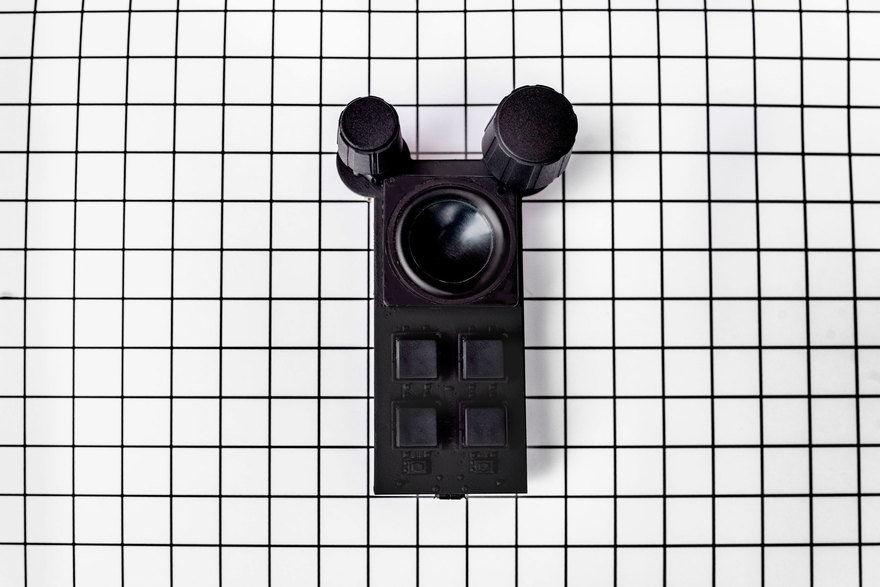 Multiple people playing music at the same time is so unique and special. Unlike talking, which has us taking turns with each other, music allows us to speak at the same time. Like running through the forest together.

Bitty is a pocket drum machine and synthesizer that is super simple. There are four buttons and two knobs. And that's it. But don't let the simplicity fool you, underneath its cute exterior, it has a computer with swappable software. So one day it's drums, the next day it's melodies, the next arcade warbles, etc.

Get all the software. Play it for years.

Every Bitty comes with all of the software and samples Curious Sound Objects has made. You plug it into your computer with USB, select from a library of sound packs, hit upload and boom, new Bitty!

Some people suggested selling different Bitty flavors with the software locked, but that didn't feel right to the creators. They would rather make a thing with a growing library of sound packs so it's a lasting product that stays fresh for years.

Bitty comes in two colors, white with blue and yellow knobs, or black on black on black Nite Mode. The latter will be hand numbered and come with special Midnight Bitty software – think sounds like the movie Drive, with punchy crunchy drums.