Design studio Order order has developed a poster that visualizes exactly when the sun rises and sets each day, throughout the year. The graph consists of two axes, the vertical shows hours and minutes, the horizontal displays days. By following the axes you can, for example, see that the sun set at 8.30 PM on June the 20th in New York, summer solstice. Because times differ depending on where you are located, each poster is derived from data for a particular location. 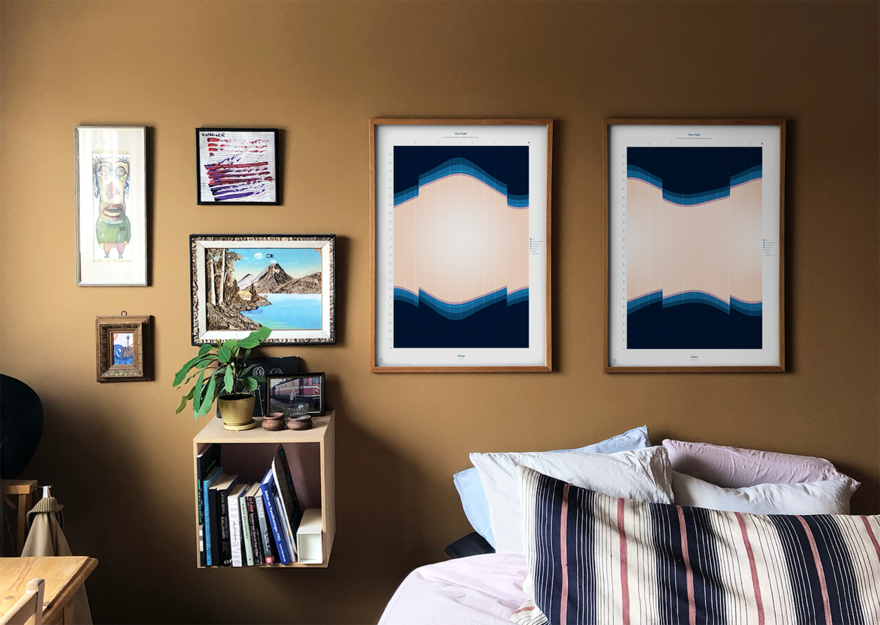 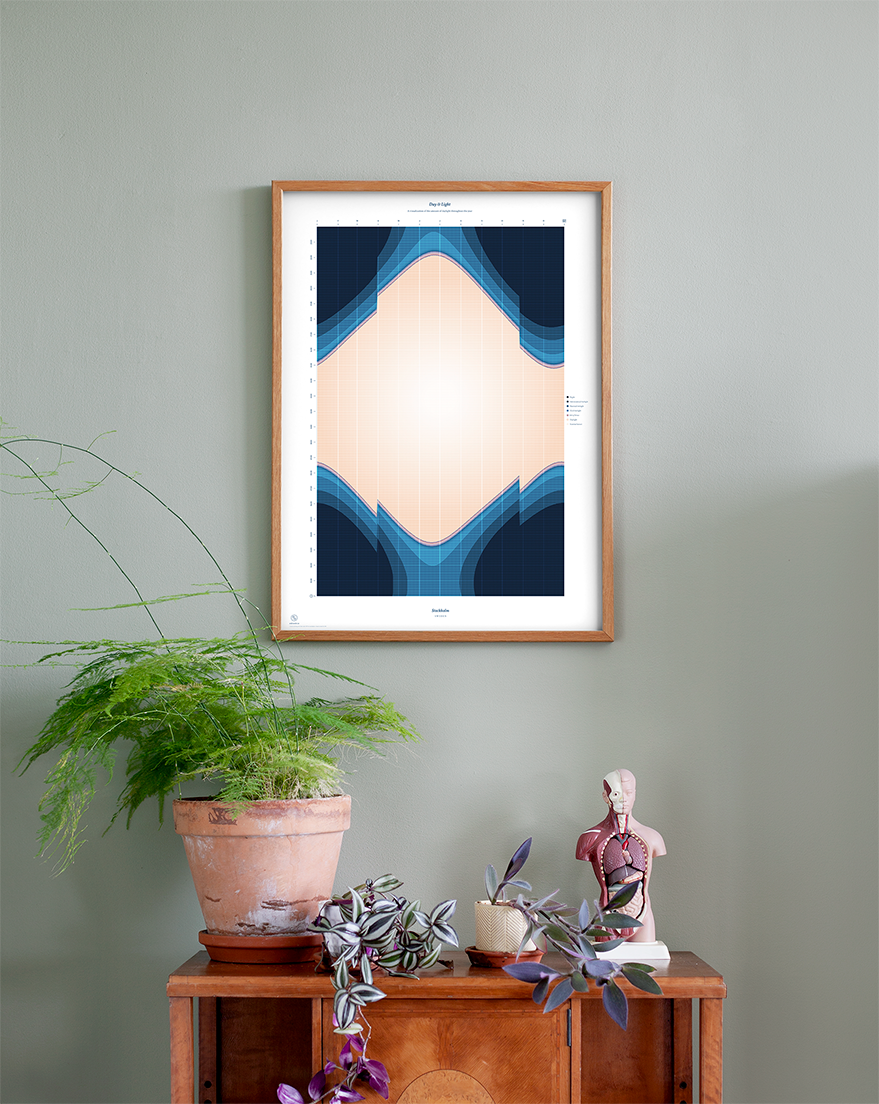 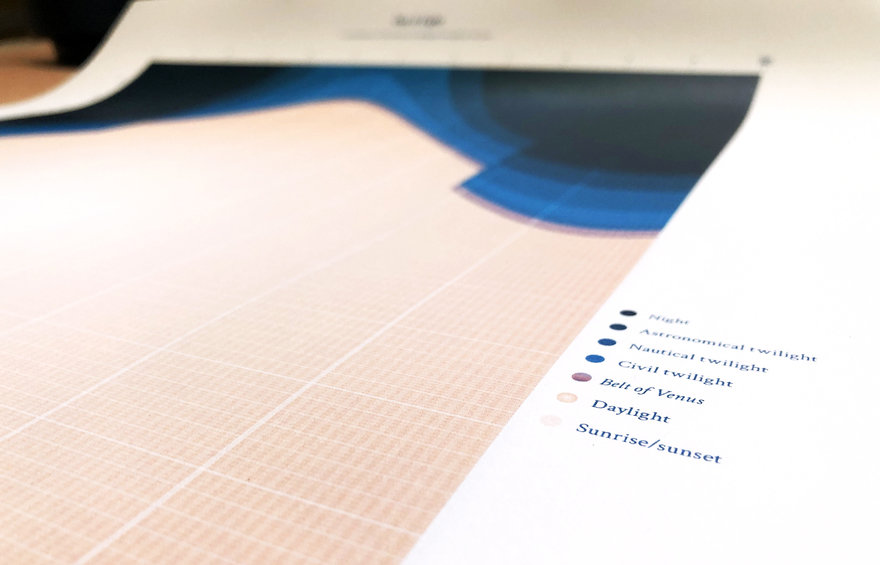 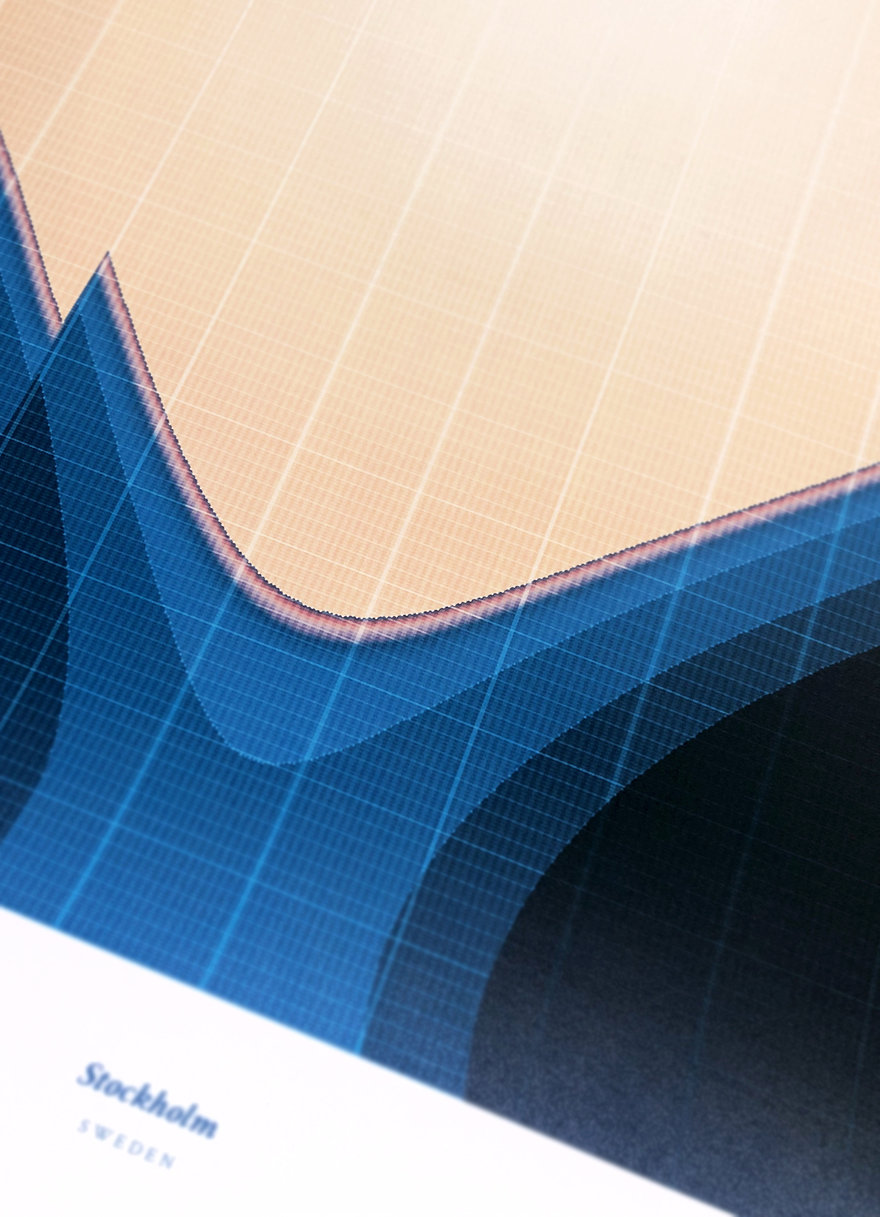 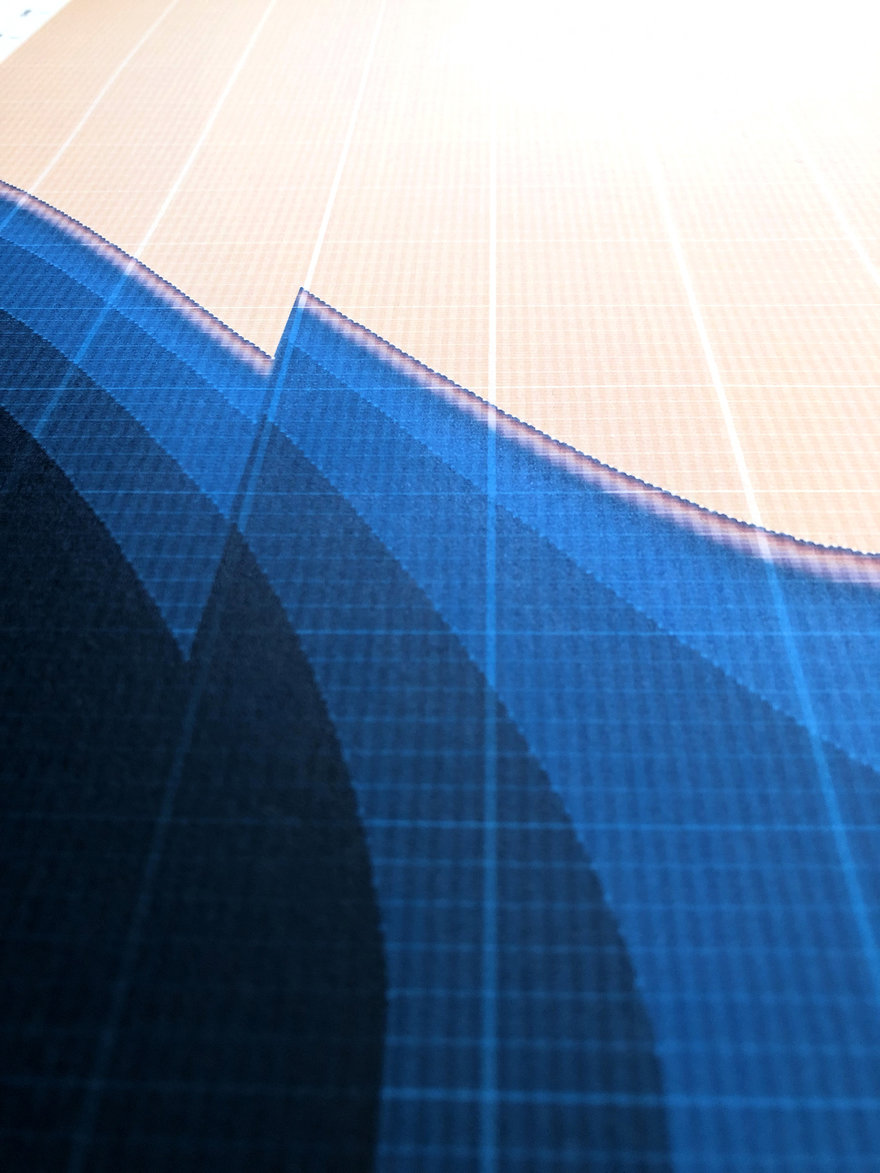 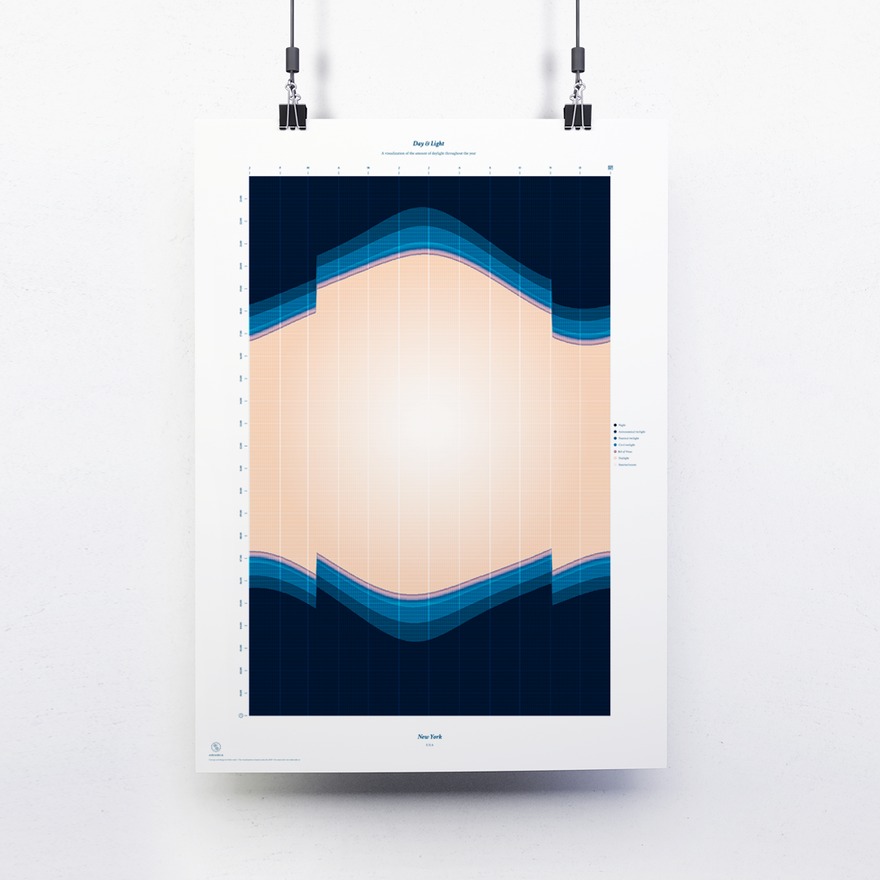 Order order is an information design duo based in Sweden. Like many people who live high up in the Northern Hemisphere, we have a special relationship to the sun and the weather. We wanted to turn the feeling of total despair in the winter darkness to something more hopeful that rested on facts.

Using line graphs was a conscious choice to get maximum light focus. The curves also made the contrast to the Southern Hemisphere locations more apparent when inverted. For inhabitants in either hemisphere, this reflects the feeling of trying to grasp what is fundamentally different and yet normal for the other side.

We use a mix of daylight data that we have bought and cooked together with spreadsheet formulas, Illustrator, Photoshop and a python script.

The colours of the image visualize different atmospheric phenomena. The pink line tracing the daylight field shows the Belt of Venus, a shimmer that stretches about 10-20° over the horizon shortly before sunrise and just after sunset. Twilight zones civil, nautical and astronomical twilight can be read from the blue colour scale.

For those locations that use daylight saving time, this can be seen in the sharp cuts on the curves.