MORPH - Exploring the boundary between Art and Robotics

Morph is the first example of a fully actuated and touch sensitive luminous spherical surface. It is a reinvention of the digital canvas that allows artists to experiment with more than just light and sound. This is the future of tangible media, a fully modular and flexible framework which allows for rapid expansion and experimentation with both form and function. 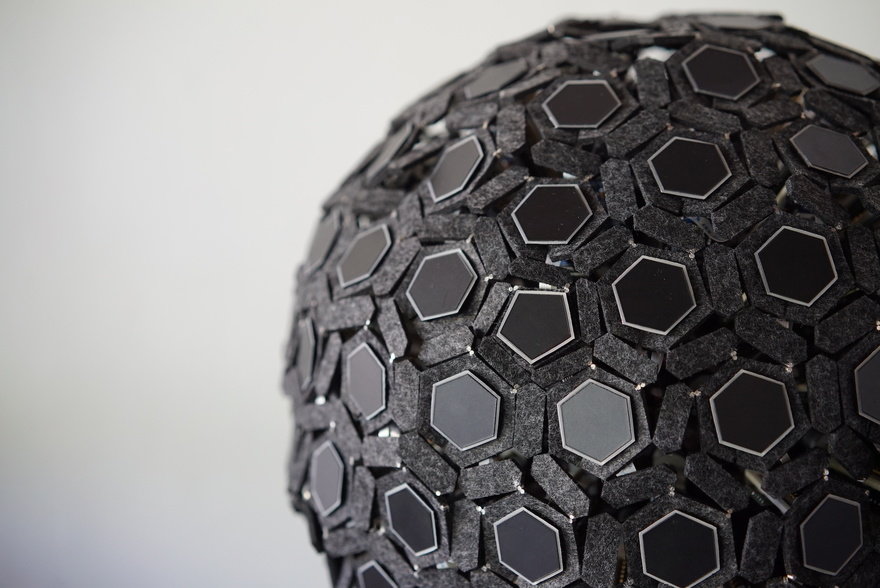 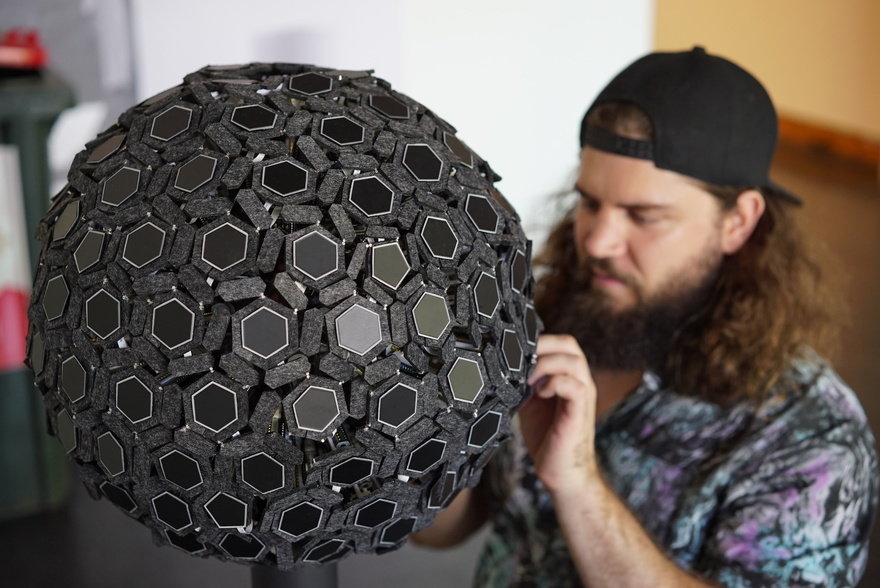 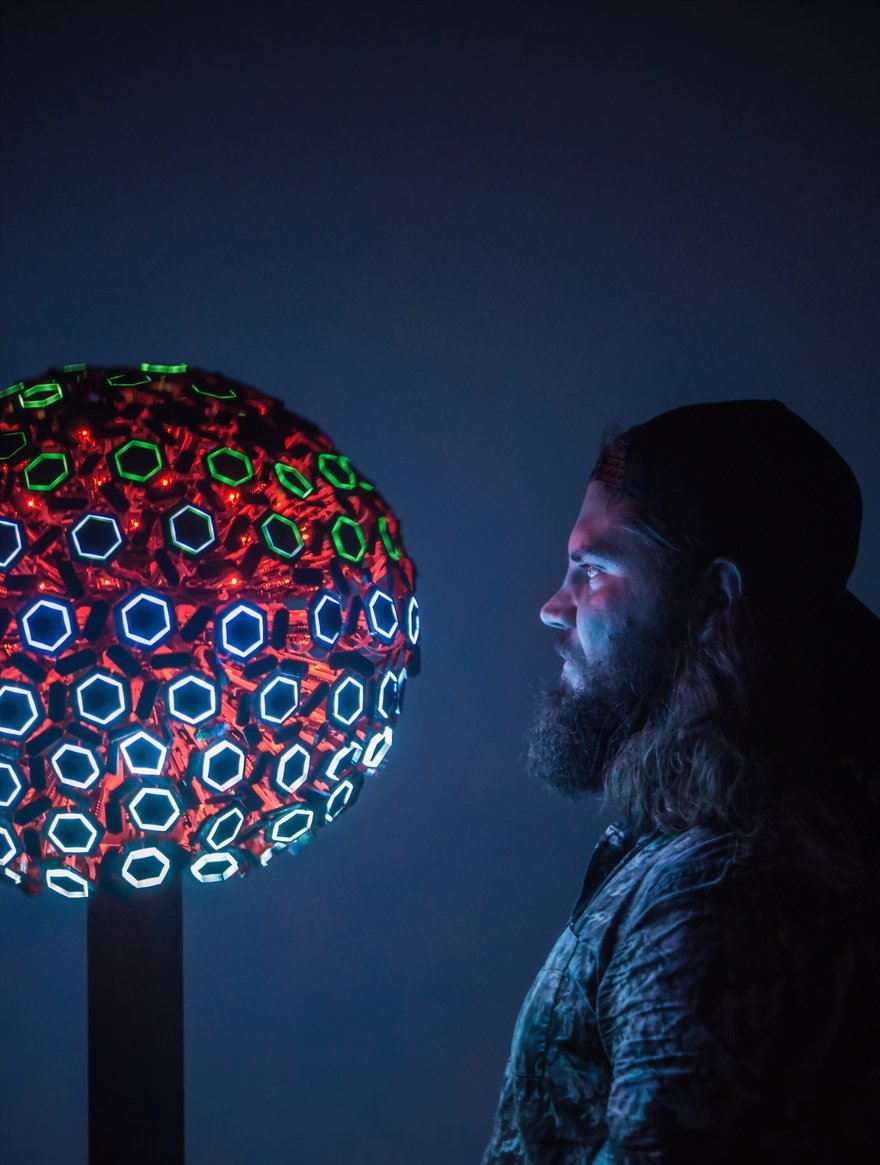 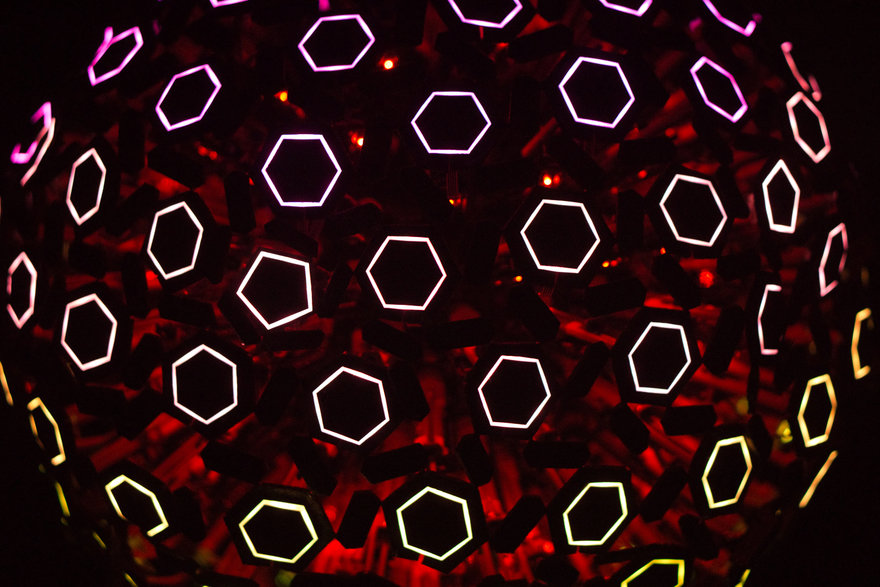 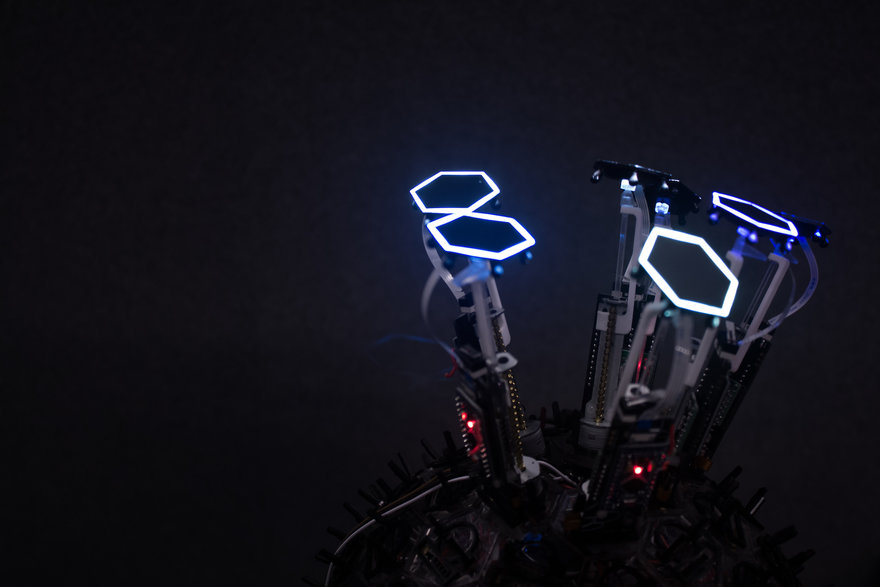 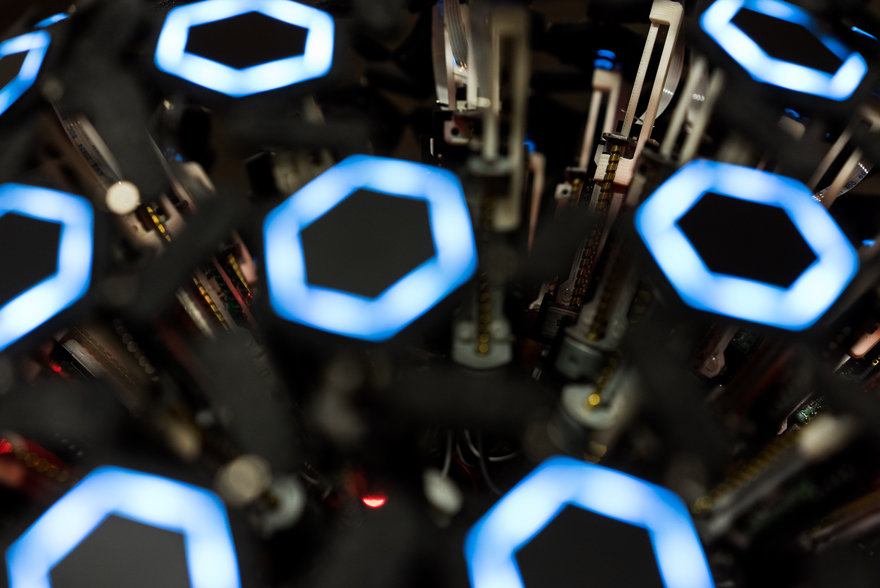 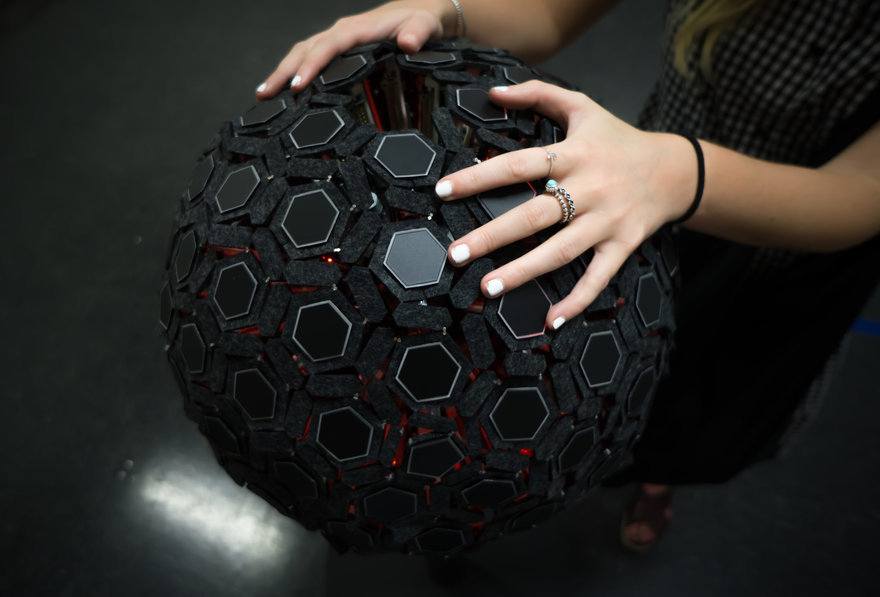 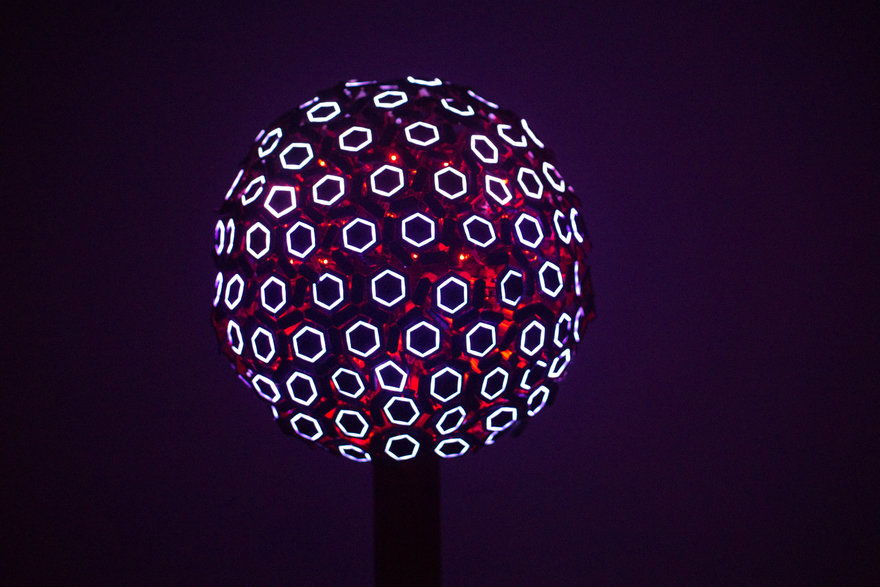 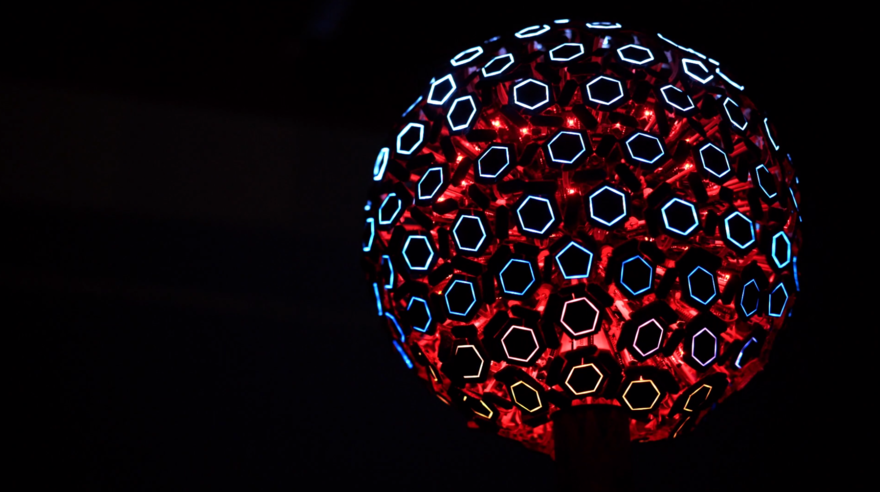 Nicholas Perillo of AUGMENTL, the designer, explains it by saying "Morph is a modular, kinetic, audiovisual installation that reaches beyond traditional 2D pixel arrays into the relatively untouched realm of 3D, life-like digital interactivity. It demonstrates the possibilities of functional tangible media prototypes and serves as a tool for experimenting with abstract machine movement and gesture to create personality and encourage interaction."

Speaking of the collaboration, Joshua Batty of MINDBUFFER said "We have been obsessed with creating software as a part of our audiovisual research and artistic process, but have always kept an eye out for opportunities to branch our work into the physical world. AUGMENTL clearly demonstrates the same obsession and attention to detail but from an electronics and industrial design perspective. Joining forces to bring the best of both hardware and software allows us to compose artifacts that appear like living beings. Exploring the crossover between robotics and the audiovisual arts is a rare opportunity. For us, Morph V1 is just the beginning."

Morph is composed of 155 touch sensitive and illuminated modules, connected by a flexible and expandable surface. Each module is completely reconfigurable and features six individually addressable LEDs to illuminate the six edges of the hexagonal surfaces. It is the first in a series of experiments to create exhibition-and-festival-ready kinetic experiences with the ongoing partnership between AUGMENTL and MINDBUFFER.

AUGMENTL was founded by Nicholas Perillo, an award winning Melbourne based Industrial Designer in preparation for the release of Morph v1.0. His work merges technology and art to create immersive, visceral experiences.

MINDBUFFER are an award-winning audiovisual research and digital design studio, specialising in immersive interactive art installations. Their studio combines the intersection of art and technology. MINDBUFFER was founded in 2010 by Joshua Batty and Mitchell Nordine. For more information visit https://mindbuffer.net.

For festival bookings and custom commissions feel free to get in touch with contact@mindbuffer.net or info@augmentl.com.

MORPH - Exploring the boundary between Art and Robotics