Using algorithmics, digital fabrication, and hacking & making methods, The Common Thread examines the ties between East and West Jerusalem by transforming Jerusalem's Hansen House workers' likeness into portraits made from a thread, the length of which matches each of the workers' commute from their homes in the Arab East to their workplace in the Jewish West.

Amir Zobel // 35 year old from Jerusalem, graduate of both BA and MA degrees in industrial design from the Bezalel Academy of Arts and Design. In the past 5 years has been managing the MA Bezalel workshops and the Fab-Lab in Hansen House, and co-lecturing in the "Toy Invention" course in Shenkar School of Engineering, Design and Art. In the past decade has also been active as an independent designer and multidisciplinary creator.

Itai Blumental // 35 year old from Jerusalem, graduate of BA in Mathematics and MA in computer science from the Hebrew University, and MA in philosophy from the Tel Aviv University. For the past 7 years has been developing algorithms for Mobileye company. 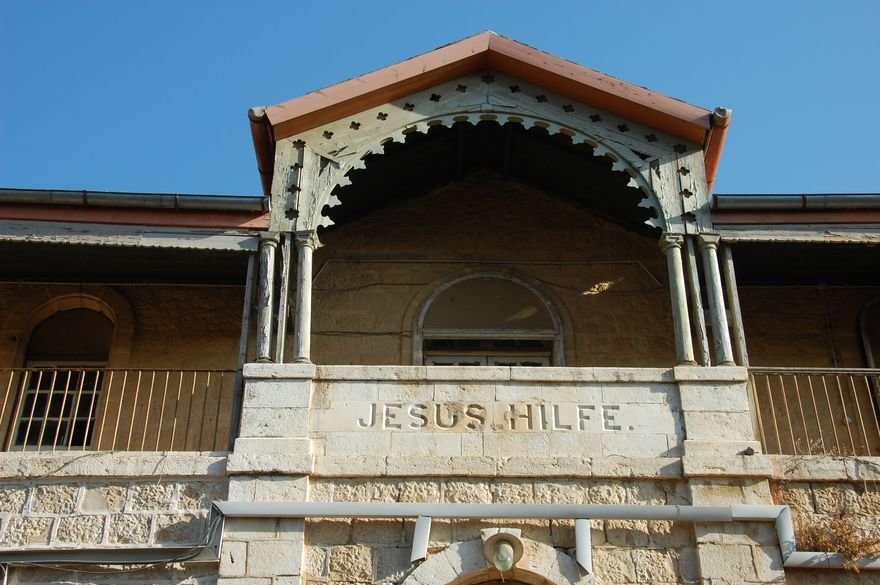 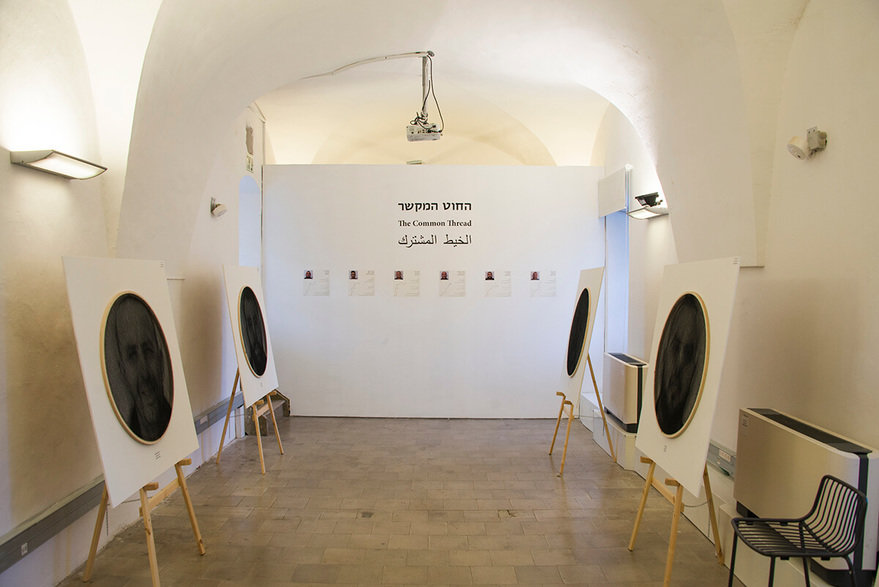 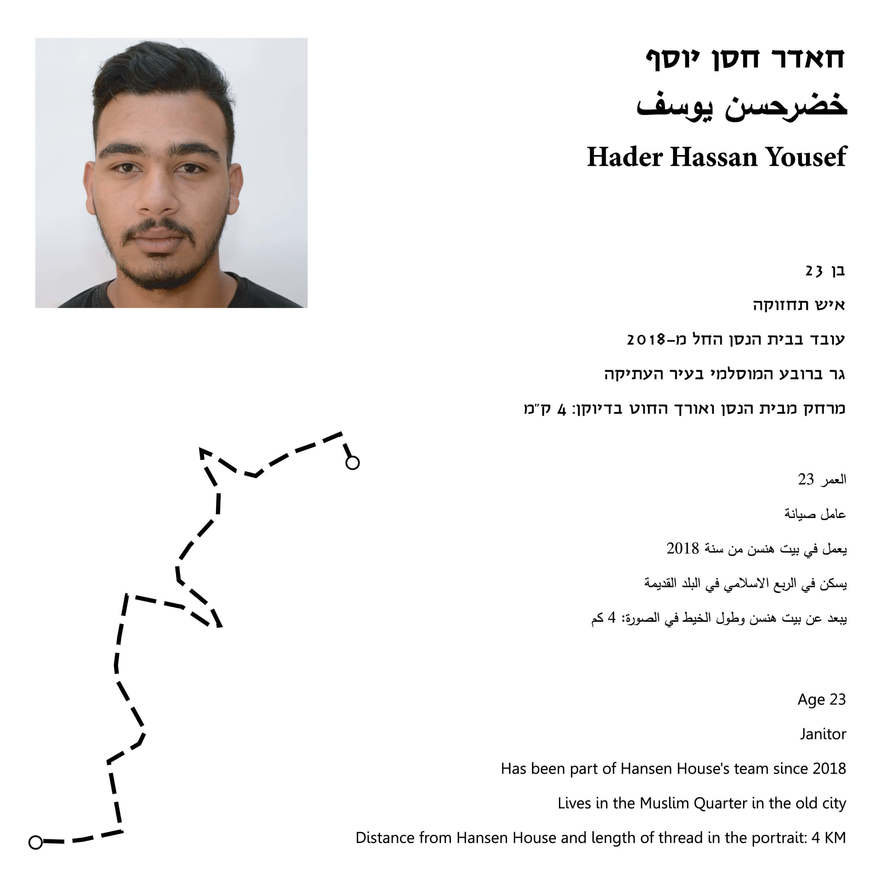 Amir Zobel Custom tools at work Using a CNC milling machine fitted with custom hardware, the 471 points between which the thread will be drawn were placed 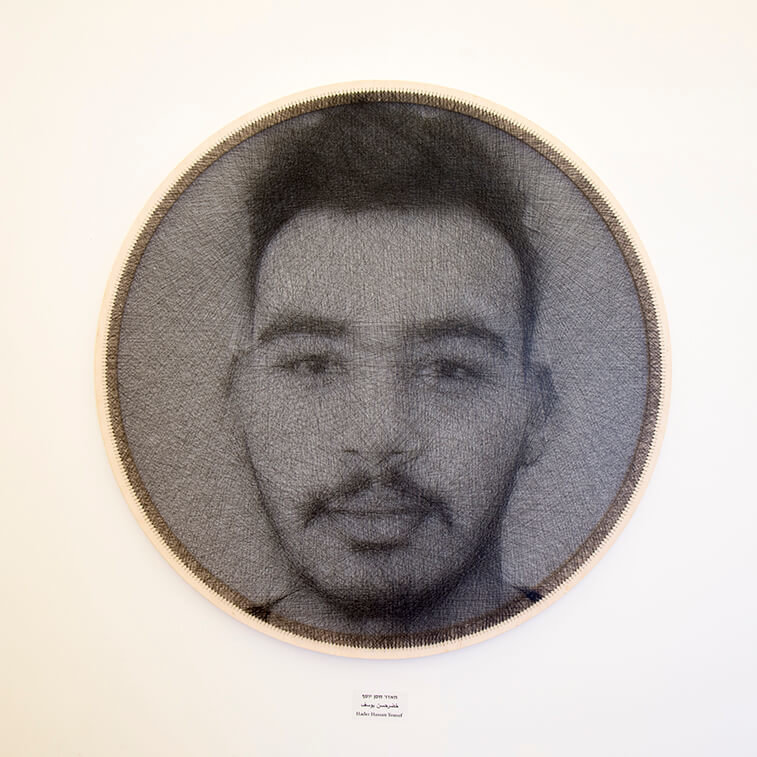 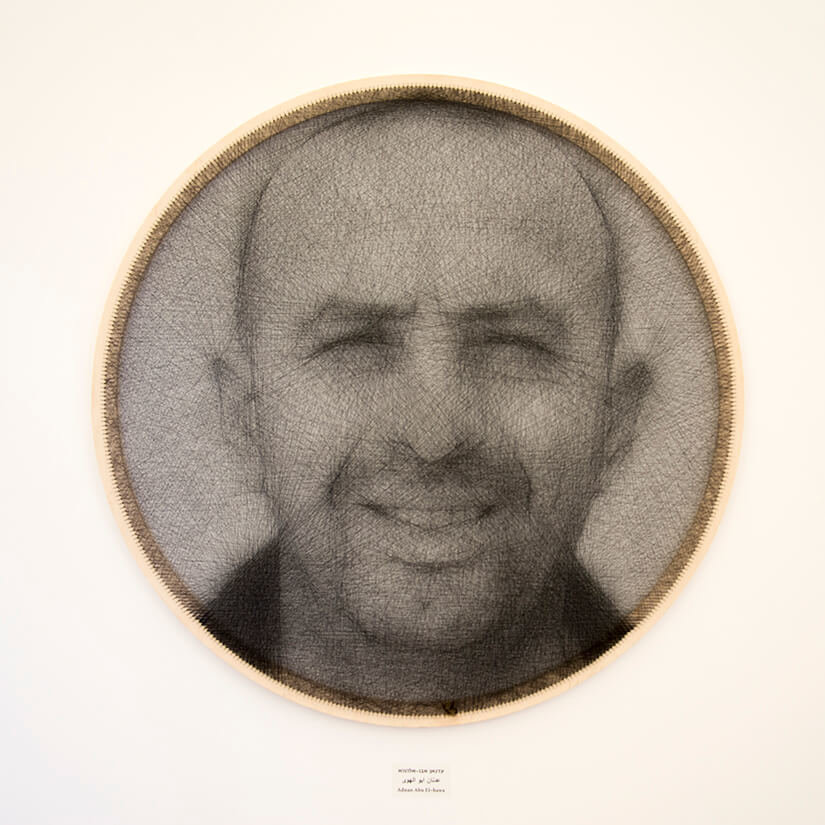 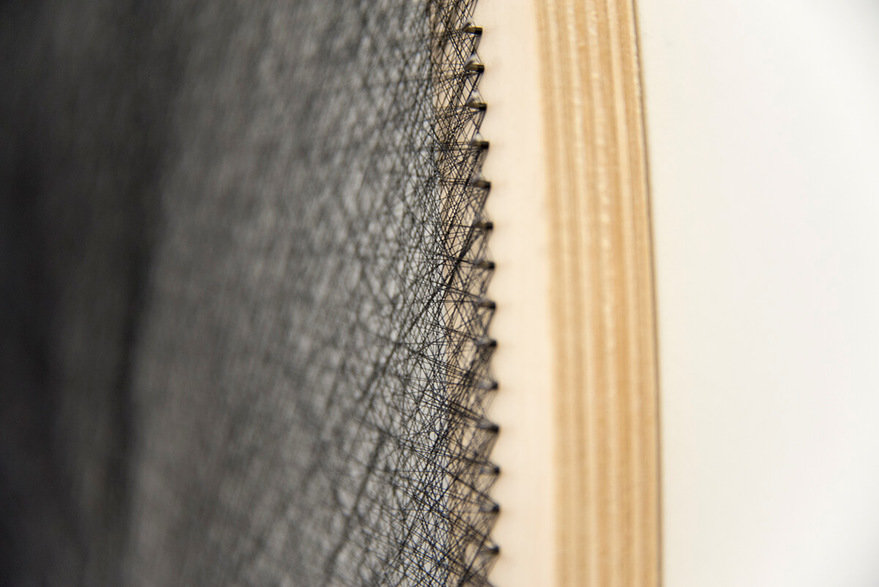 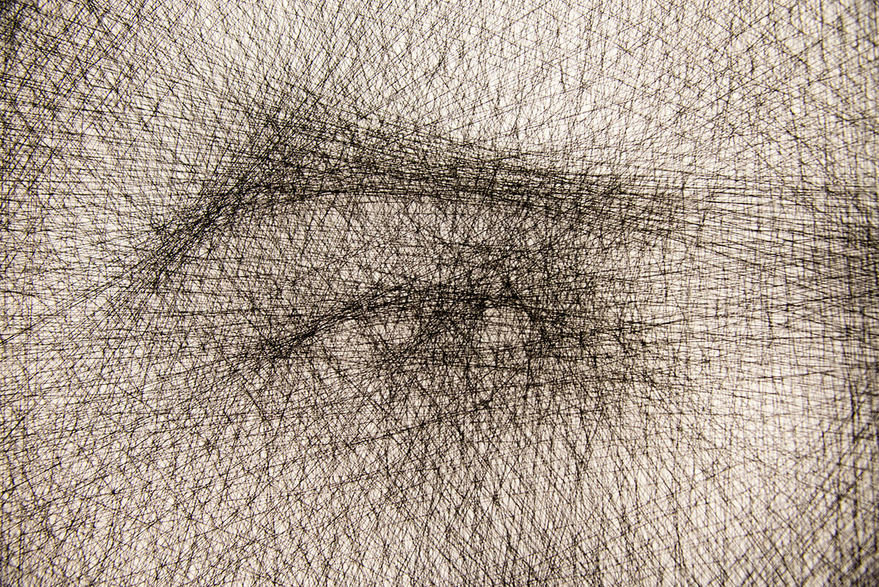 The project wishes to shine a spotlight on Hansen House's Arab employees who live in eastern Jerusalem. It attempts to connect them to the location through art and craft, combining algorithmics, digital fabrication, and hacking and making methods.

The project was created in five main stages:

Gathering // first we photographed seven past and present Hansen House employees who live in eastern Jerusalem. We measured the length of the commute they had to make each day from their homes to their place of work.

Processing // each one of the photos was then primarily and secondarily digitally processed using an algorithm which was written specifically for the project. The algorithm deconstructs the photos and configured how one line can be drawn between 471 points on the circle's perimeter in order to create an image that is as close as possible to each of the photos. The line was configured to match the distance measured from each one of the employee's houses.

Coding // this resulted in a "line recipe" for each photo, which was then converted into a G-code language for the Hansen House Fab-Lab CNC milling machine.

Production // the CNC machine was then used to make wooden forms to stretch the threads on; the machine cut hoops and then – using special tools we developed - pinned 471 nails in equal gaps on its perimeter and bent them. Afterwards the machine recreated each photo of each of the employees based on the code by stretching the thread between the nails. This resulted in a portrait of each one of the employees, made from a single thread the same length as the distance from their house to the machine which created the final portrait.

Display // the portraits will be displayed here, in Hansen House. During the Jerusalem design week the machine will produce a copy of one of the portraits each day. The copies will be given as a gift of thanks and friendship to the participating employees.