I made a guitar out of LEGO bricks and epoxy resin. While the shape is inspired by the Les Paul, I'm calling it the "LEGOcaster" - too fun to not do it! 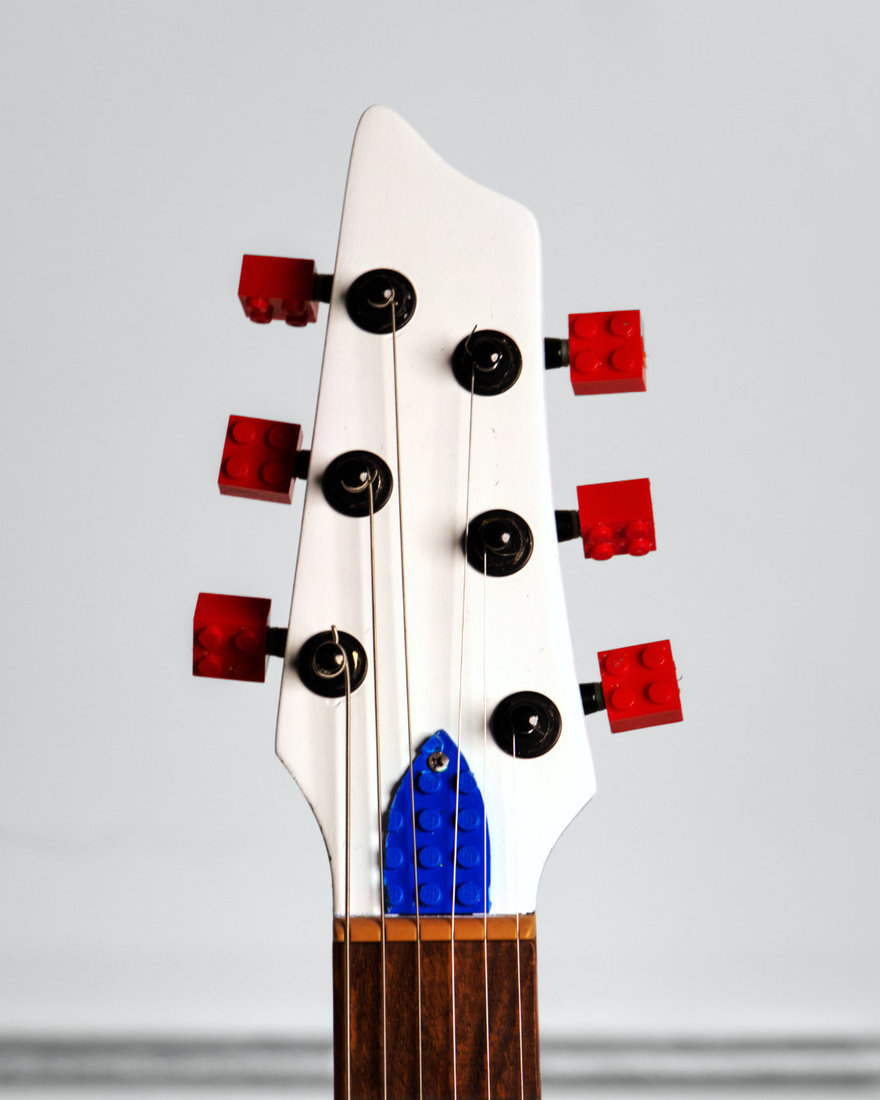 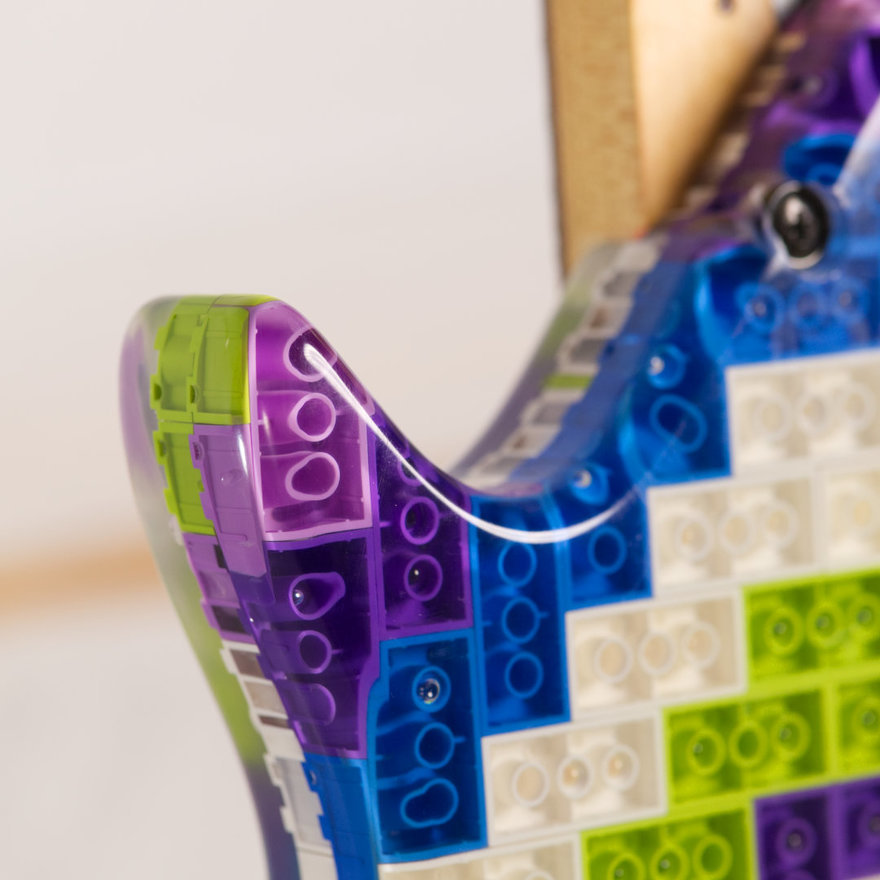 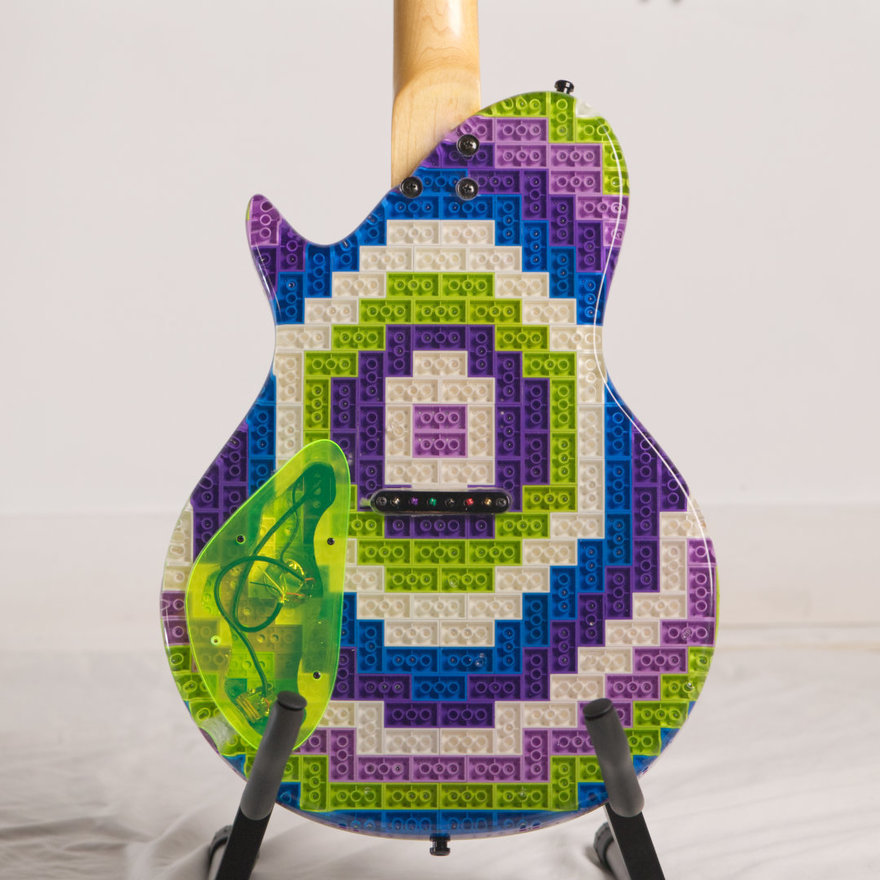 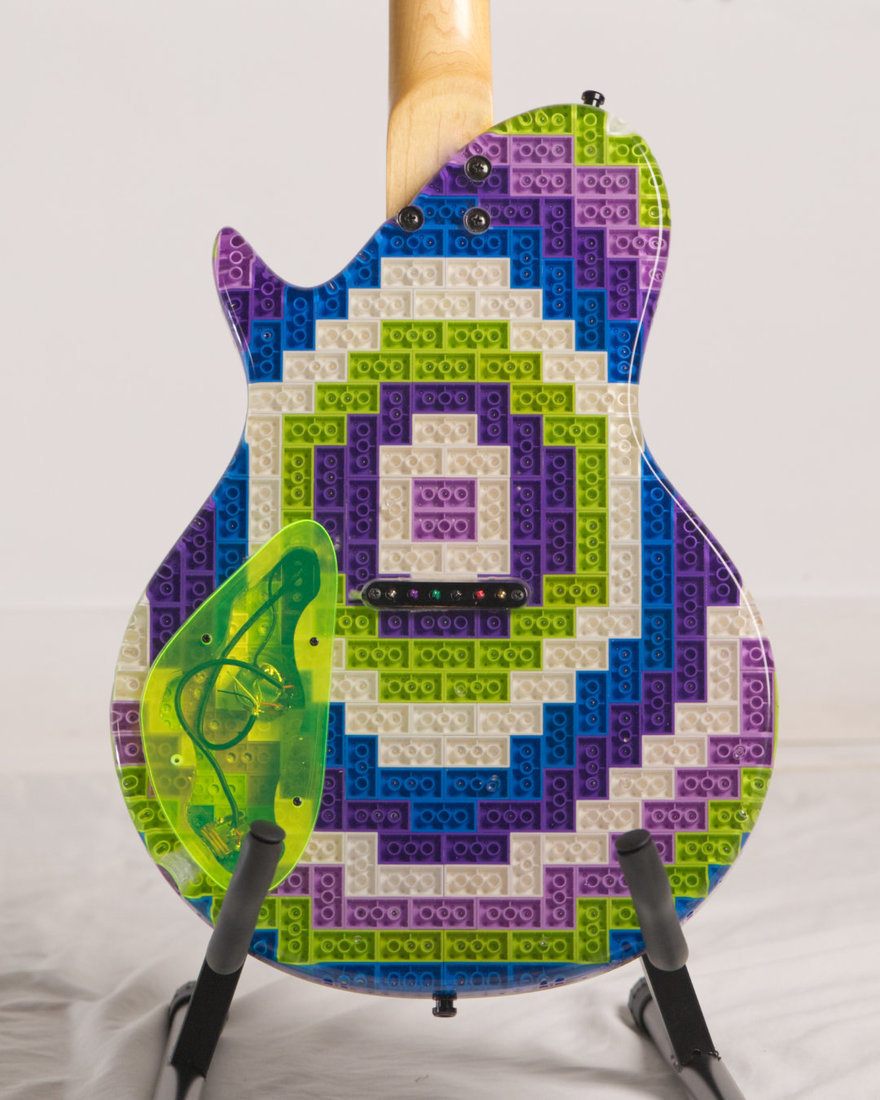 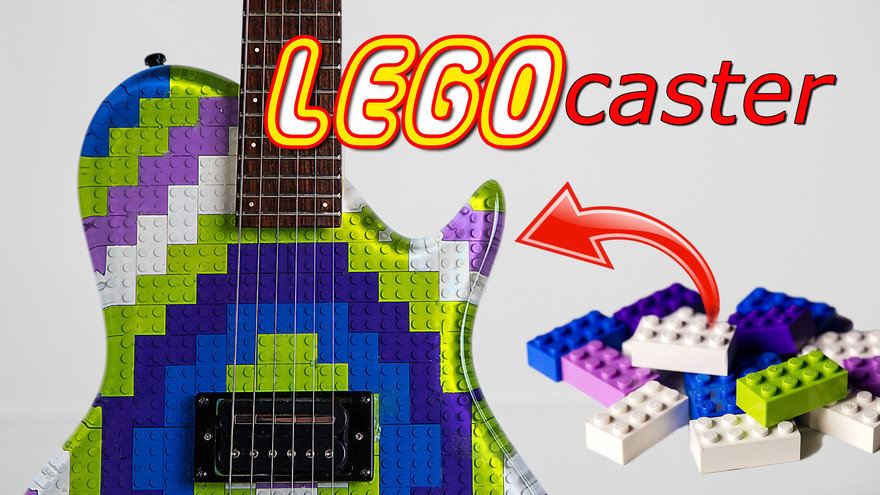 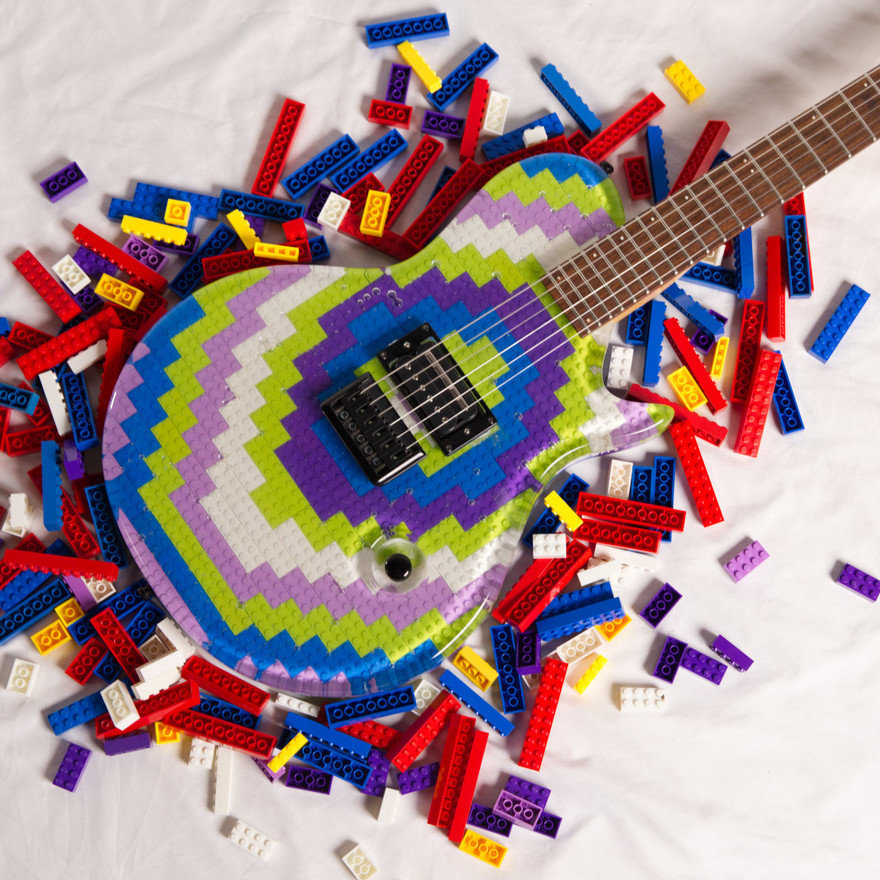 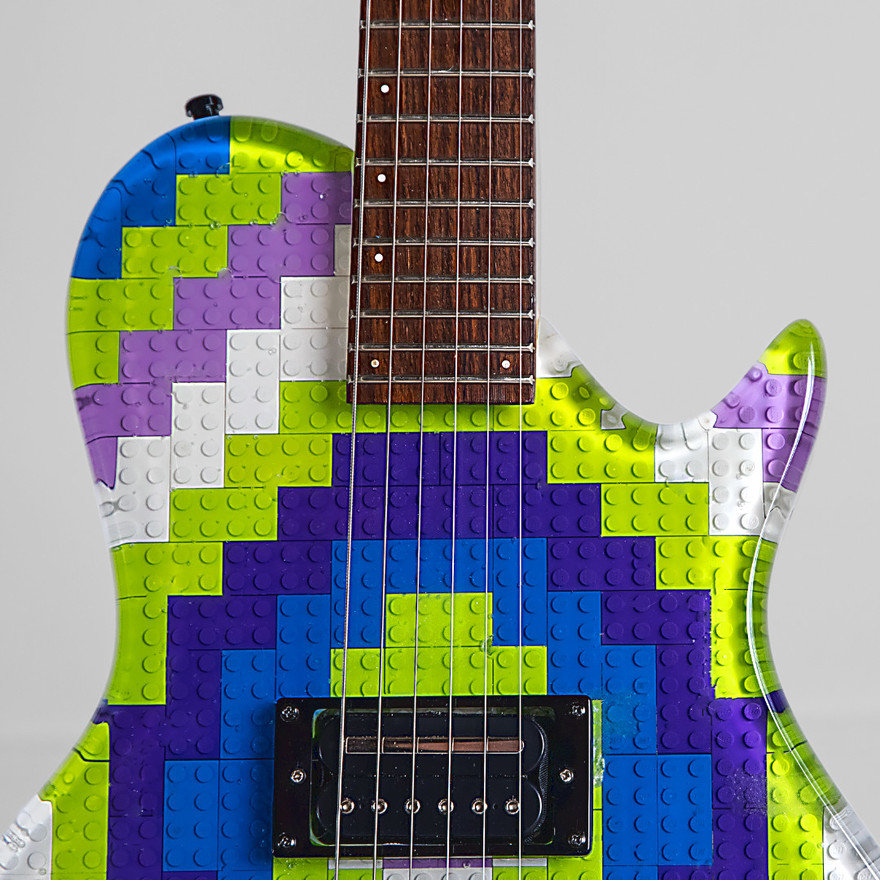 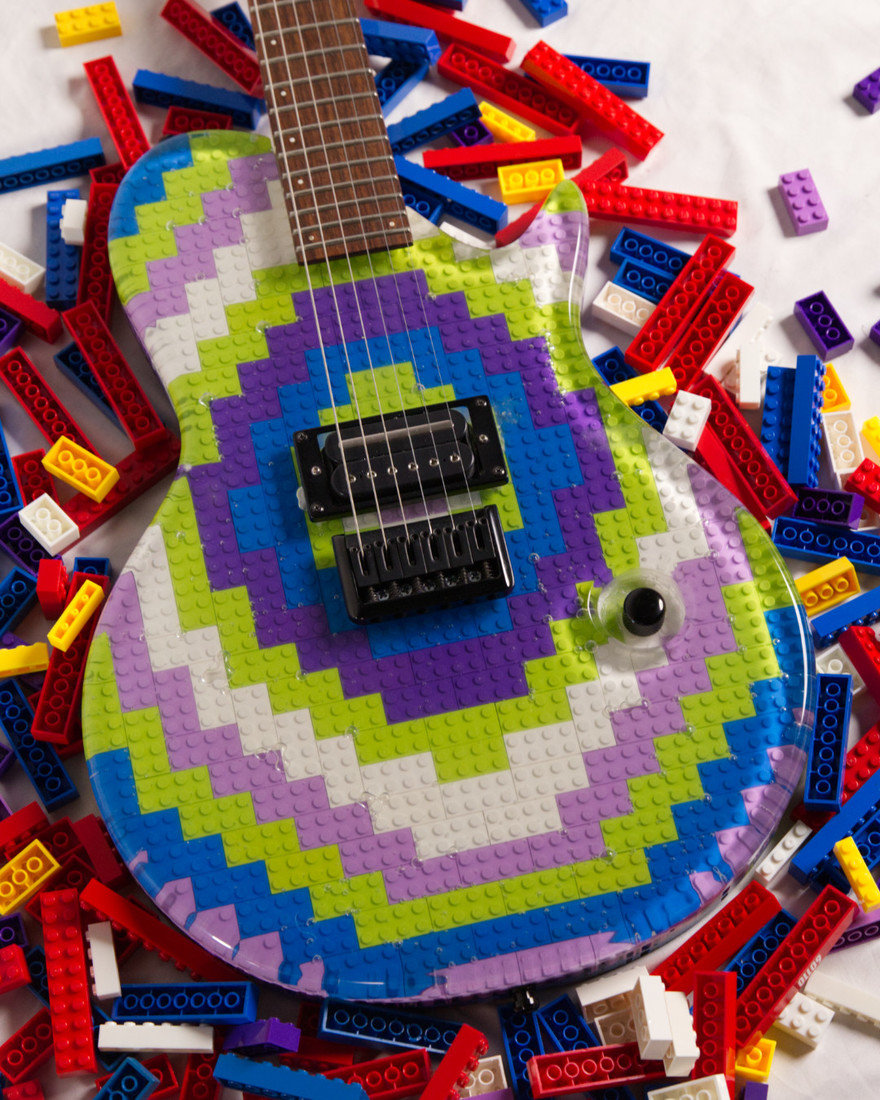 I'm excited to share this Lego guitar build. This design was a total experiment - I had no idea how the Legos would hold together with the epoxy resin, but in the end, I think the guitar came out pretty sharp looking. This writeup and the pictures do a decent job of showing it -- but the video of the full process (available here: https://youtu.be/XLpuLfWLfWE ) is probably the most interesting.

The shape of the body was designed in Fusion 360. I used a Les Paul vector file as a starting point. I traced the Les Paul shape, and then used the spline tool to create a slimmer, curvier, body shape, that I think is a bit more modern. I then used my X-Carve CNC to cut out an MDF template and went to work with the Lego bricks.

The most challenging part of this guitar build was creating a solid guitar blank from the Legos and epoxy. I put the Lego bricks on a backplate in a pixelated elliptical pattern. I then put the Legos face down into a partially cured layer of epoxy, then poured more epoxy to halfway cover the Legos. After this epoxy cured, I could remove the backplate that was holding the Legos together, pour more epoxy resin over them to fill in the backs of the Legos. While the epoxy was still fluid, I added a second layer of Legos, and finally came back to fill in the entire form with resin. After I had the epoxy Lego guitar blank, I could just use standard woodworking processes for guitar building, to shape the guitar from the epoxy Lego blank.

I also added some custom Lego touches with a truss rod cover made from Lego base plate, and guitar tuners with Lego knobs.