As 3D printers continue to drop in price, they will soon become as ubiquitous as inkjet printers. On the other end of the spectrum will be the emerging production printers. These new printers will compete with conventional manufacturing processes. Gerard Furbershaw of Furbershaworks is fascinated by the impact production 3D printing will have on product aesthetics. It will enable designers to create designs that were not feasible with the tried and true processes. 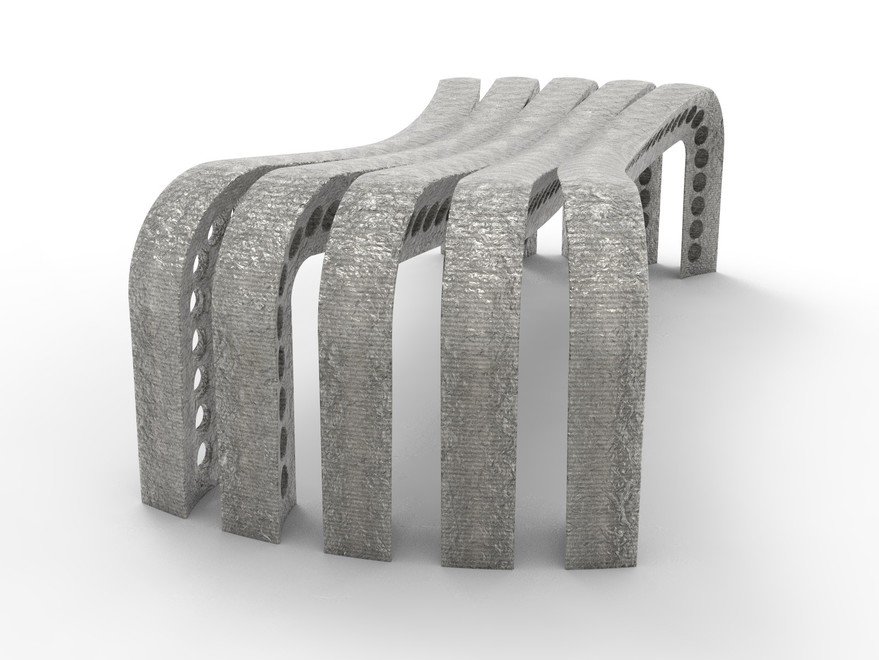 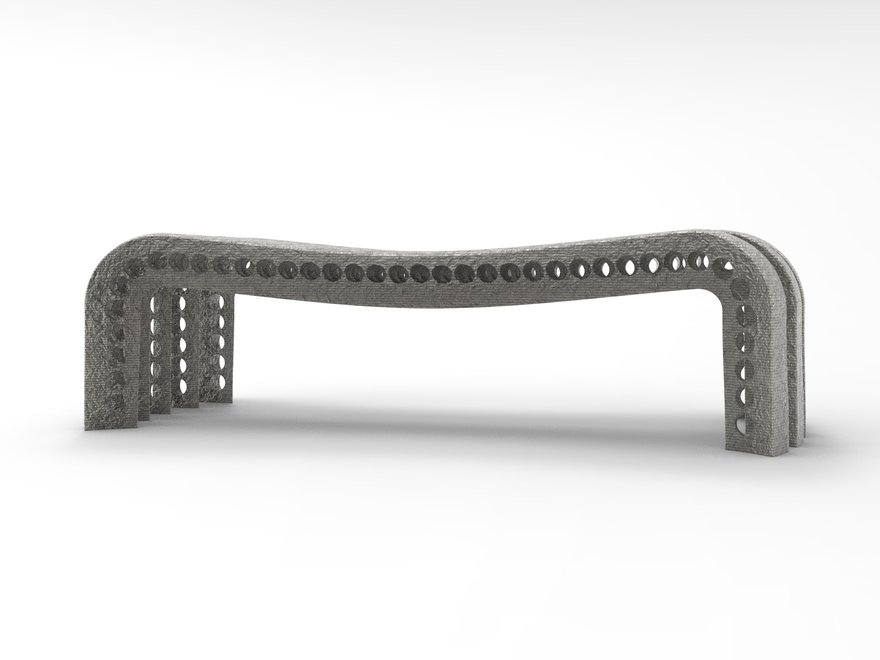 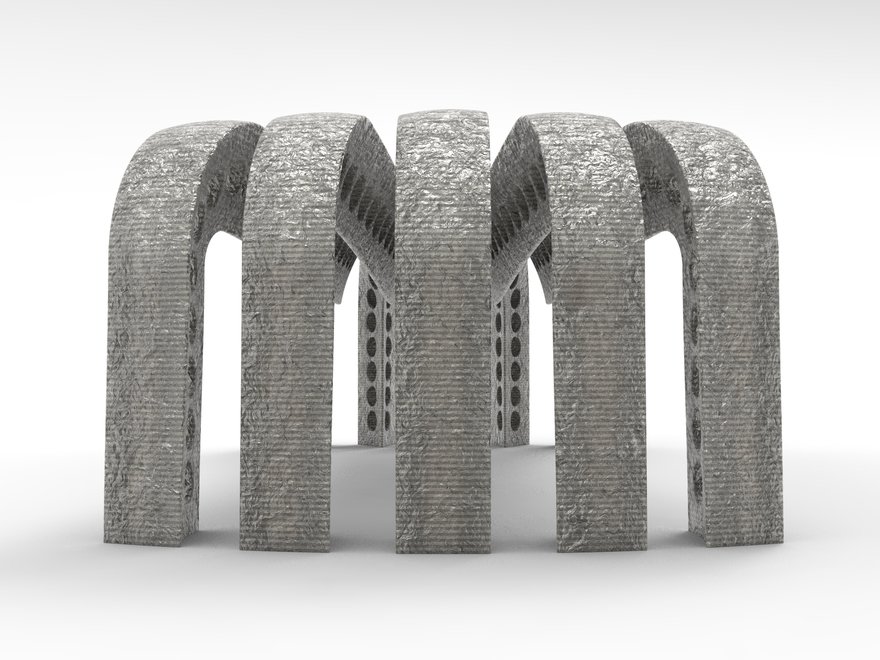 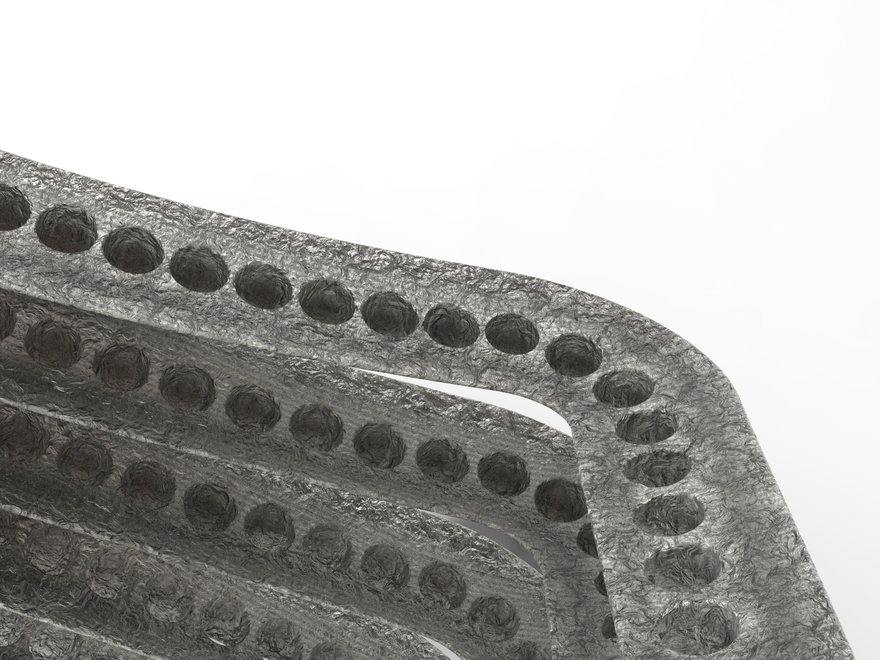 In the near future, 3D printers will be able to fabricate metal parts for large mass- produced products. Today, welding robots can be utilized to fabricate large parts that future production 3D metal printers will be capable of producing. The Five Rail Bench is the result of a conceptual exploration of how welding robot technology enables industrial designers to create products with new aesthetics.

The Five Rail Bench consists of five rails terminating in ten legs. The rails intersect in the center of the bench to create an integrated structure. Holes in the rails reduce the bench's visual mass.