Jib Ferry is an autonomous ferry concept that aims to connect and unify adjacent neighborhoods of Seattle's by utilizing the ample amount of waterfront parks and green spaces throughout the Puget Sound area. An adjoining app is used to plan a sailing for scheduled times or request a private ferry for multiple people. The service could be used for a daily commute, a night out, or maybe just a sightseeing tour that begins and ends at the same location.

The Jib Ferry design has 8 individual seats, which unlike bus seating, have armrests that separate you from the next commuter and also face outward to emphasize Seattle's downtown and mountain views. Doors on each end of a Jib Ferry are large enough for wheelchairs, and floating dock terminals would keep both the boats and docks at the same level for easy boarding.

With Seattle's public transportations options being limited to buses and only 22 miles of the planned 116 miles of light rail to be completed by 2041, this project could be an additional and dynamic part of the overall future transportation plan. Seattle has about 200 miles of fresh and salt water coastline where floating ferry terminal could be set up and then moved to other locations to adapt to changing usage patterns.

Although Jib Ferry isn't the fastest way to commute; the intention is to slow down, relax, and enhance the experience of moving around Seattle. 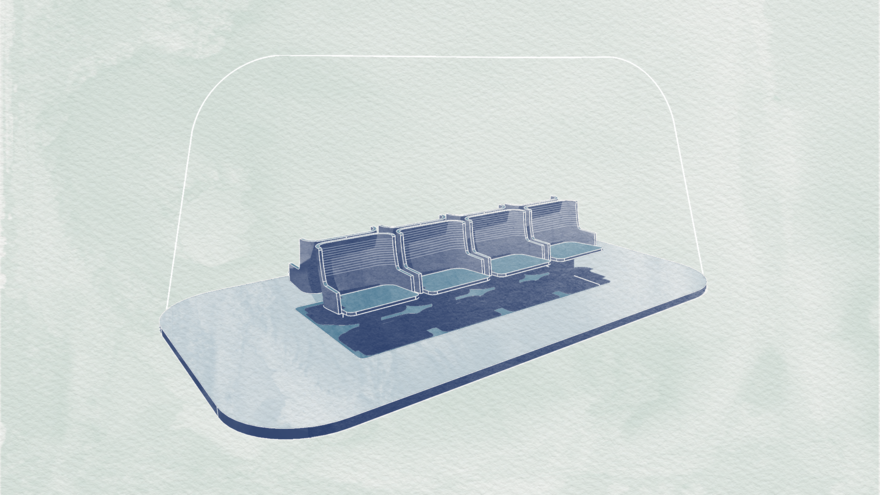 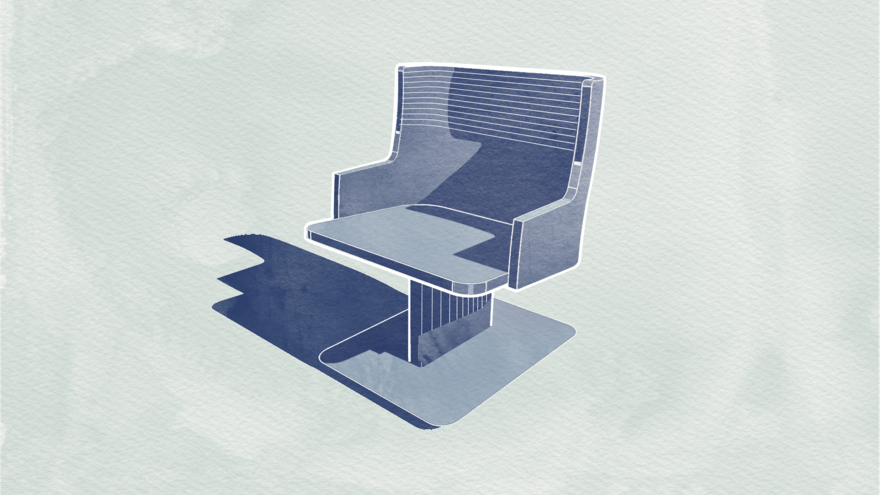 My inspiration for the project was from two very different forms of transportation in two very different cities. One is the 35 year old ferry service that serves the False Creek in downtown Vancouver, BC. Small boats carry about a dozen people to 9 tourist destinations around the city. The second is the bus system of Curitiba Brazil. Stations are on trailers that can be moved to adapt to the cities needs, and Curitiba also improved passenger boarding times by collecting fares prior to boarding. Both aspects of flexibility and efficiency are very important for a long term solution that needs to adapt to quickly evolving cities.

The intent of this project was to practice presenting a user journey though simple animation. I could have made some high fidelity renderings of this concept, although I wanted to make the aesthetic of the animation sketchy enough to to be recognized as a quick concept but refined enough to be a project in my portfolio. I started by modeling the Jib Ferry in Rhino and used photoshop to give the imagery the water color aesthetic. I also did my best to create music that I thought would evoke the spirit of what using the Jib would be like; relaxing and serene.