RCA: The Future of Money

A New Relationship to Money? by Chris Woebken

MA students in the Design Interactions Department at the Royal College of Art were challenged to explore the future of money when it disappears as a physical currency.

The Brief: As the technology of e-money and currency advances, how will that effect the social and psychological dimensions associated with those technologies? What new behaviours, new dangers, new rituals, and new pleasures could emerge?

Some students chose to literally make e-money tangible while others looked at the larger big-brother social and privacy implications. Sponsored by Intel's People and Practices Research Group in Portland, the 'client' was a research group made up of ethnographers, anthropologists, computer scientists, psychologists and a designer. Students also worked with an anthropologist of money called Bill Maurer based in California. 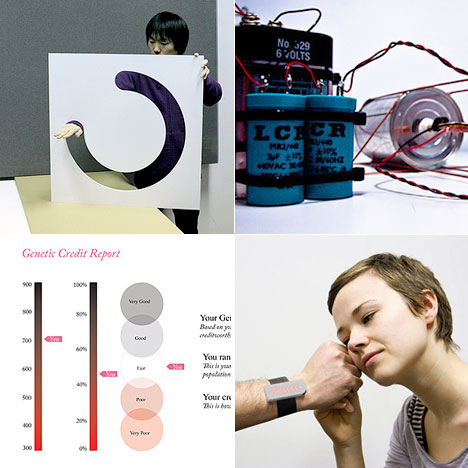